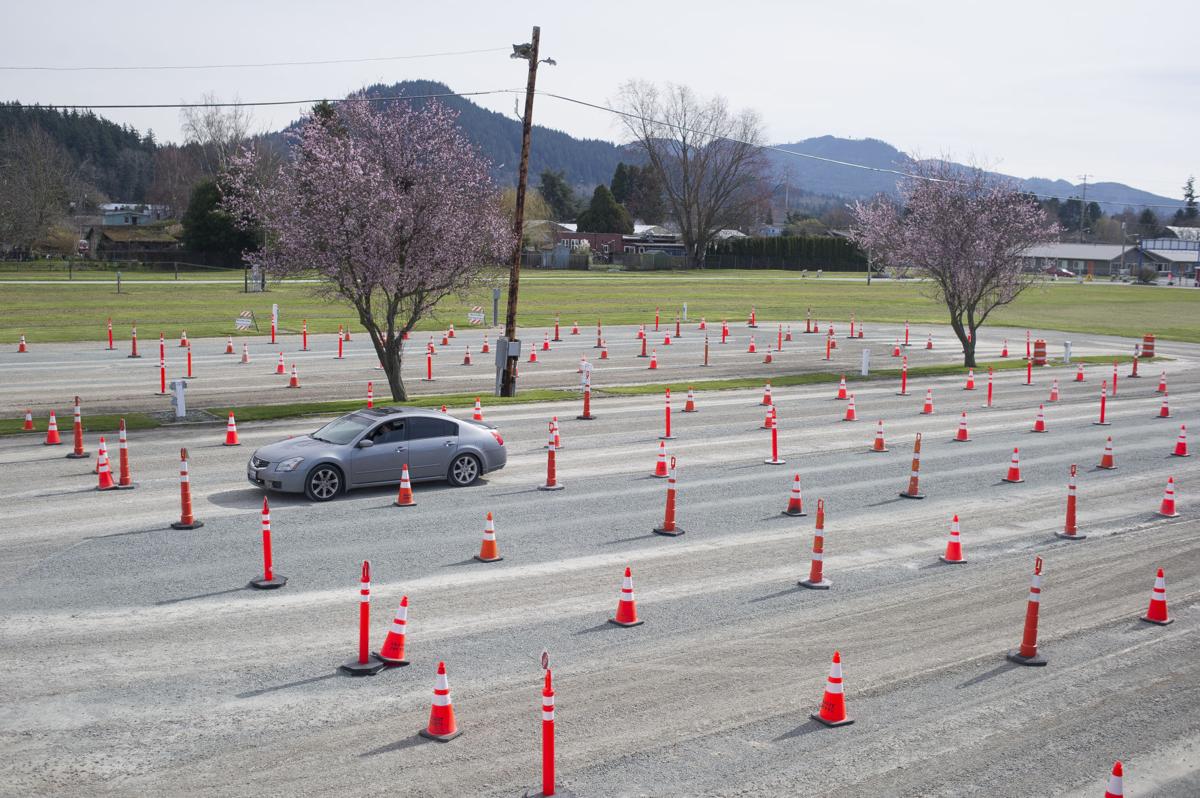 A person drives their car through waiting lanes Friday at the COVID-19 testing site at the Skagit County Fairgrounds in Mount Vernon. The site has closed to allow more space for vaccine distribution. 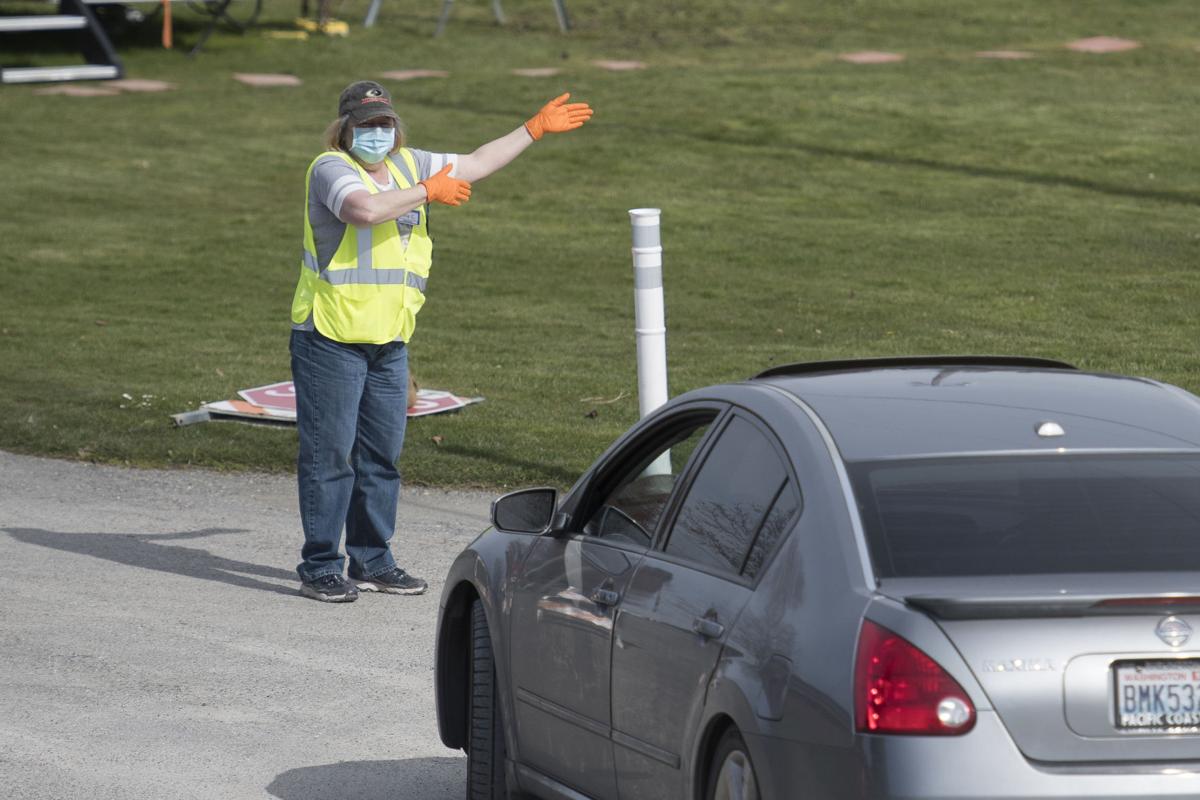 A volunteer directs a person in their car Friday at the COVID-19 testing at the Skagit County Fairgrounds in Mount Vernon. 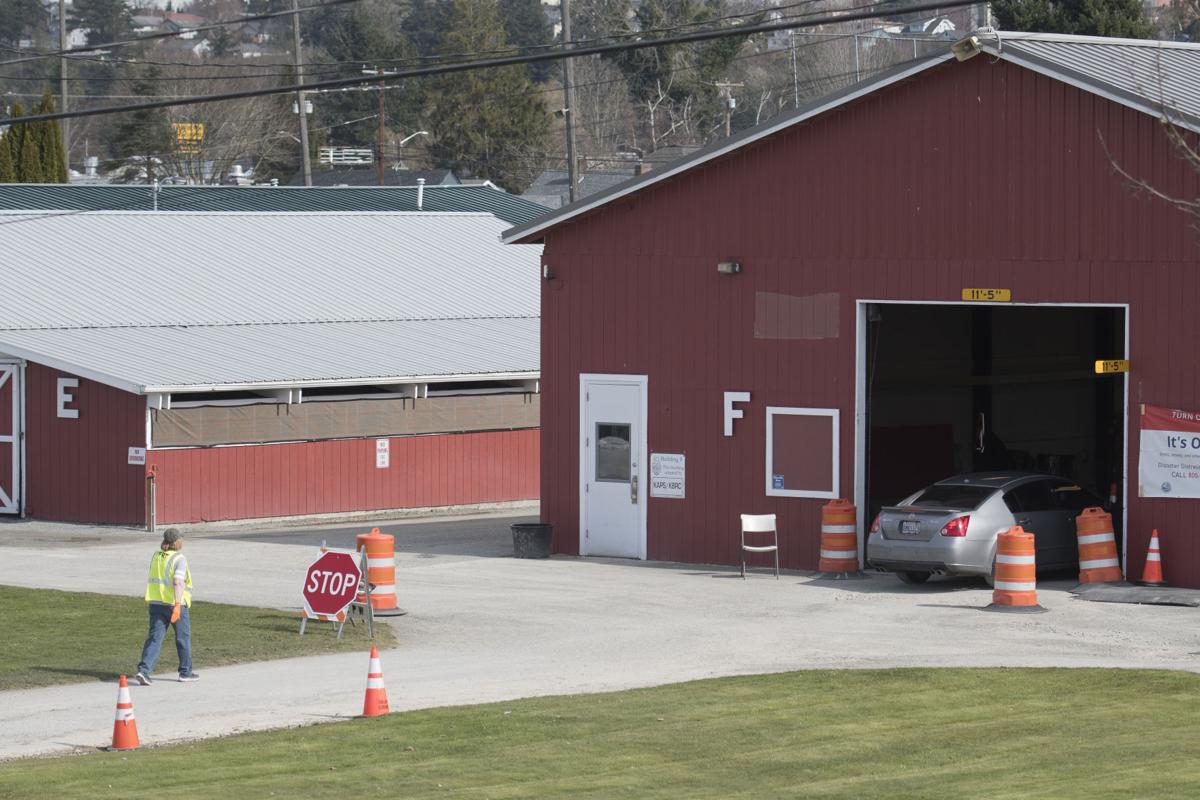 A person drives their car into a barn Friday to receive a test at the COVID-19 testing site at the Skagit County Fairgrounds in Mount Vernon.

A person drives their car through waiting lanes Friday at the COVID-19 testing site at the Skagit County Fairgrounds in Mount Vernon. The site has closed to allow more space for vaccine distribution.

A volunteer directs a person in their car Friday at the COVID-19 testing at the Skagit County Fairgrounds in Mount Vernon.

A person drives their car into a barn Friday to receive a test at the COVID-19 testing site at the Skagit County Fairgrounds in Mount Vernon.

Director of county Public Health Jennifer Johnson said the focus needs to be on vaccinations at the county fairgrounds site as the vaccine supply increases and eligibility expands.

The county will be able to expand its vaccination capacity at the fairgrounds by using space that has been used for testing.

Johnson said over the past 11 months the work of county staff and volunteers at the testing site helped put the county a step ahead of its neighbors in dealing with the virus.

“As a mid-sized county, it is incredible that we built and sustained the site as long as we did,” she said.

By offering quick access to testing and results, she said staff could identify positive cases, get infected individuals into quarantine and reduce spread.

County Health Officer Howard Leibrand said the test site was a crucial investment in public health because of the way the virus spreads.

“One of the driving forces (of the pandemic) is that you can transmit this virus when you’re asymptomatic,” he said.

The lack of access to testing in the pandemic’s early days meant only those with symptoms were encouraged to get tested, he said. This meant carriers spread the virus never knowing they were infected.

With the opening of the county site, those without symptoms — with or without possible exposure to the COVID-19 — were able to get tested, get a diagnosis and isolate if necessary to reduce spread, Leibrand said.

He said the biggest mistake the United States made in this pandemic was not embracing rapid in-home testing sooner. Absent that, he said the test site was the best option.

Now more than a year into the pandemic, Johnson said testing is no longer scarce. Rapid, inexpensive testing is available in great supply from health care providers and pharmacies throughout the county.

“There are much broader testing resources out there than when we started in April 2020,” she said.

However, Leibrand said the rapid COVID-19 antigen tests don’t convey information on disease variants. From the perspective of keeping tabs on the spread of the variants, he said he would want those who test positive using these tests to also seek a traditional PCR test.

Johnson said the county’s testing work was unique in the state. No other county was able to run a low-barrier testing site with as much consistency, which took pressure off health care providers.

“It told us the number of people impacted, the rate of change and gave us the ability to plan when we would need to be ready to care for people with significant respiratory illness,” she said in an email.

County Commissioner Lisa Janicki offered a “deep-seated thank you” to the dozens of volunteers and county staff who supported the testing site over the past 11 months.

In that time, 253 volunteers helped administer testing, and Public Health staff were called on to work their regular jobs while also pulling shifts at the test site.

“Their work is an amazing tribute to the strength of our community,” Janicki said. “There’s well-deserved kudos to the boots on the ground.”

Johnson said the decision to close the testing site wasn’t made because of funding, as the county was able to cut costs significantly after moving the site from Skagit Valley College to the fairgrounds. The county spent $1.4 million operating the site.

Janicki said federal and state funding has been made available for testing, meaning the county could again support a testing site if the need arises.

“If that were the most important need to fill for the county, we would definitely work with Public Health to make it happen,” she said.

The reality is that the demand for testing at the site has fallen in recent months, she said.

Johnson said her team is in talks with Northwest Laboratories, the Whatcom-based lab that partnered with Skagit County on testing, to help run a site in the county.

Testing will still be offered by several clinics and pharmacies in the county. A full list is available at skagitcounty.com/coronavirus.

As of Friday evening Skagit County had recorded 4,249 cases of COVID-19 since the pandemic began, an increase of 12 over the previous day, including 271 who have been hospitalized at any point and 61 who have died.