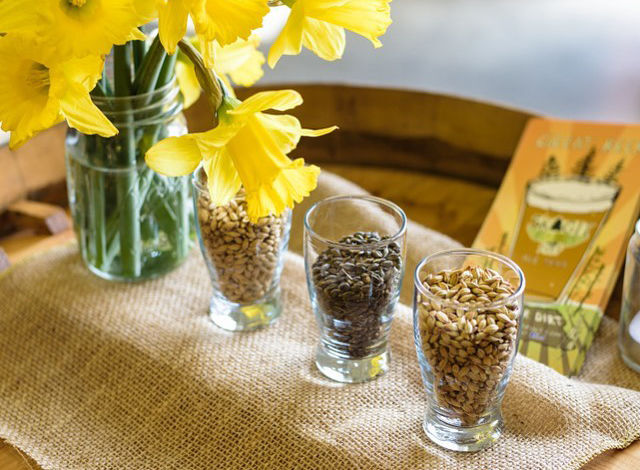 The Skagit Farm to Pint Fest Roadshow highlights local ingredients, such as malt produced in the Skagit Valley. 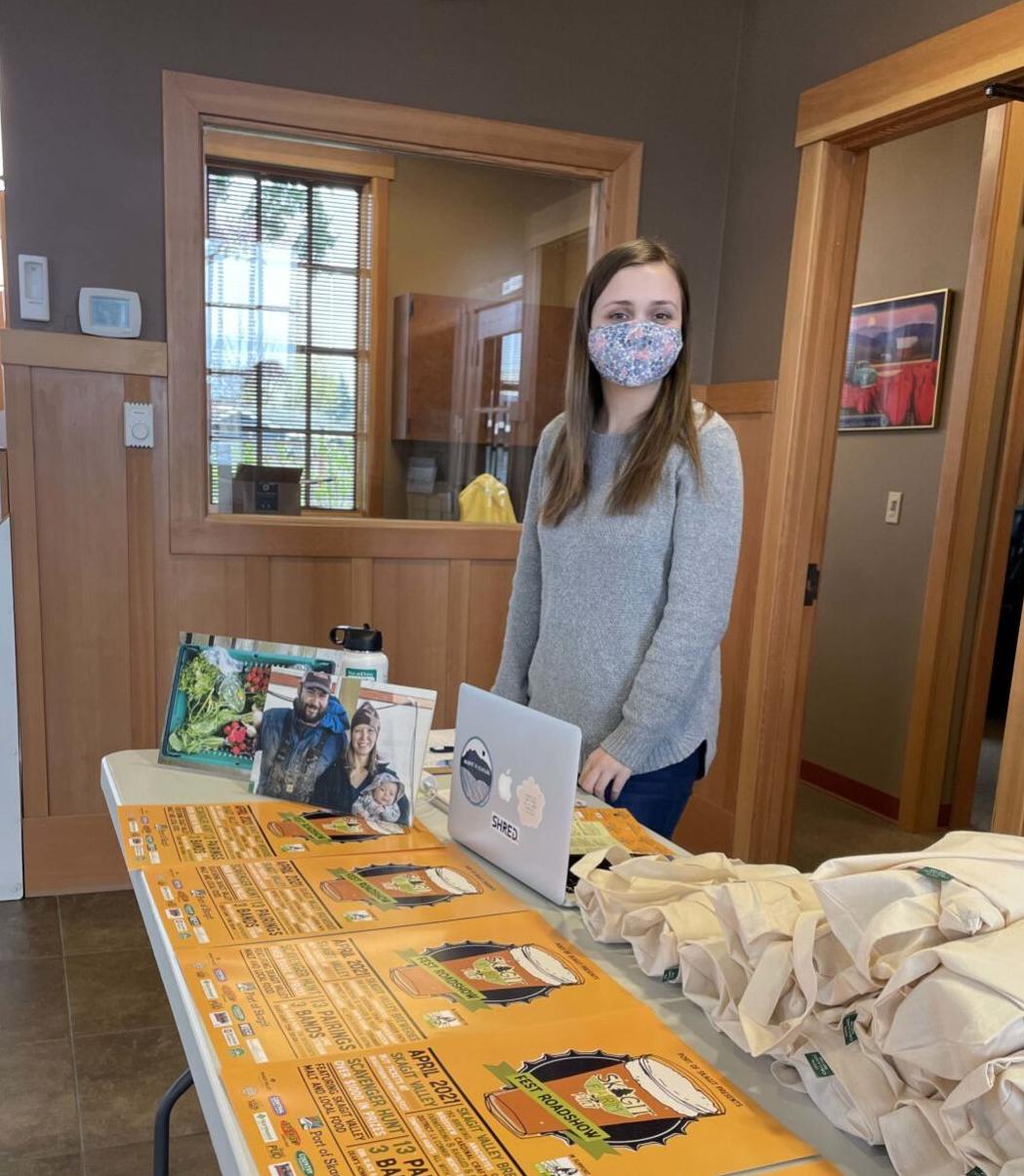 Delaney Dynes, a staff member at the Burlington Chamber of Commerce, helps pass out promotional items Thursday to those who bought tickets for the Skagit Farm to Pint Fest Roadshow.

The Skagit Farm to Pint Fest Roadshow highlights local ingredients, such as malt produced in the Skagit Valley.

Delaney Dynes, a staff member at the Burlington Chamber of Commerce, helps pass out promotional items Thursday to those who bought tickets for the Skagit Farm to Pint Fest Roadshow.

An annual spring festival celebrating beers made from Skagit Valley grains is taking place through April at Skagit County’s 13 breweries.

The Skagit Farm to Pint Fest Roadshow started Thursday and runs through April 30.

“We wanted to give (guests) an experience, yet have it be safe,” she said. “That’s where we came up with this roadshow idea. And we want to support our local businesses and breweries.”

The event, now in its fourth year, was canceled last spring due to COVID-19. Burgmeier said ticket sales from last year are being honored this year.

Ticket purchase includes a beer and bite pairing at each brewery. Burgmeier said sample beers are made with Skagit Valley malt, and the food pairings include local ingredients.

She said the goal is to honor the farmers who grow the grains for the malt, the maltsters and the brewers.

“It’s more than tasting beer,” she said. “It’s thinking about local food and ingredients and pairing it with the beer.”

Ticketholders can also participate in a scavenger hunt to win up to $1,000 in prizes and watch a livestream concert with local musicians on Saturday at the Lincoln Theatre.

“We want to support farmers and make sure our farming community is known and strong and still viable and important,” he said.

Rhoades said the cancellation of many events countywide, such as Farm to Pint Fest last year, has been a blow to local restaurants.

“All of those event (cancellations) decimated us and our industry,” he said.

This spring, restaurants are allowed to operate at 50% capacity.

Burgmeier said organizers have sold about 500 tickets for the Skagit Farm to Pint Fest Roadshow.

“I think people are just craving an experience like this,” she said. “The people that have been coming in (to pick up their tickets) have been so happy and so excited for this.”

Tickets are $55. For more information and to buy tickets, visit skagitfarmtopint.com/fest.