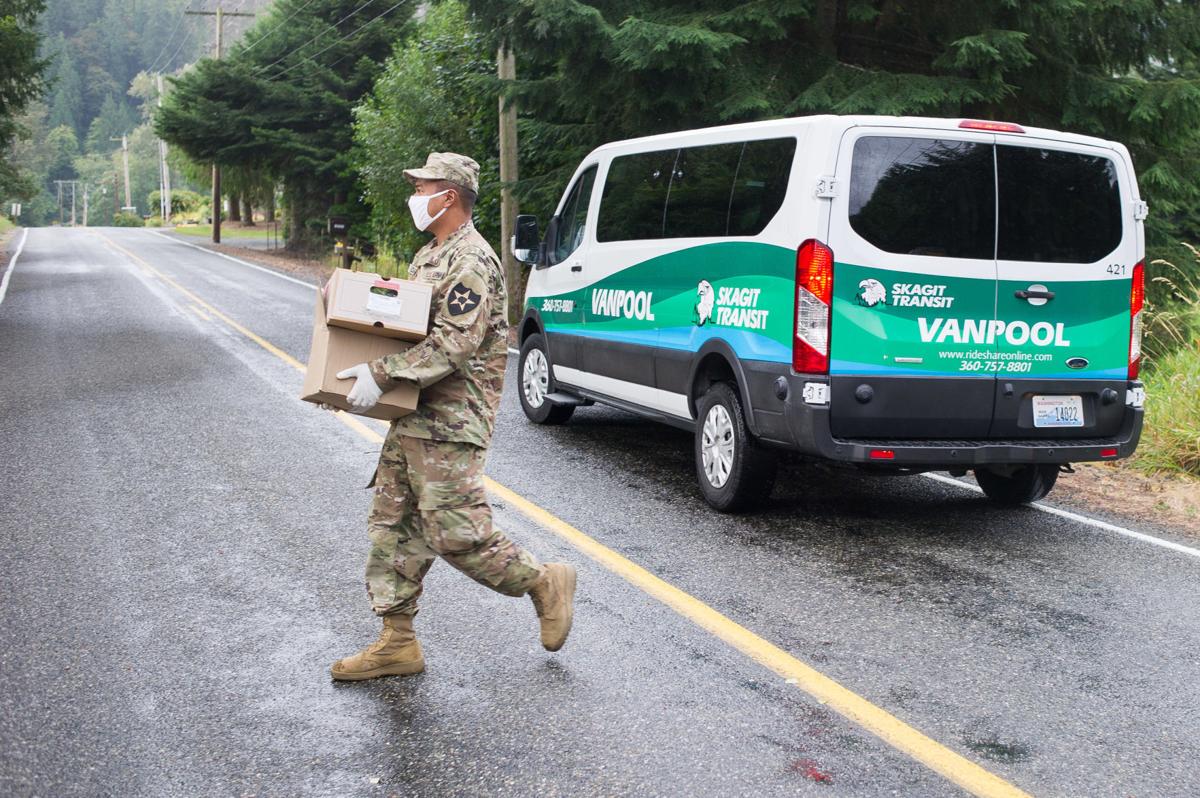 Sgt. Thien Chum, a member of the National Guard, carries a box of food Friday to drop off at a home near Sedro-Woolley. The National Guard is helping distribute food through the United Way of Skagit County’s CHOW (Cutting Hunger On Weekends) program. 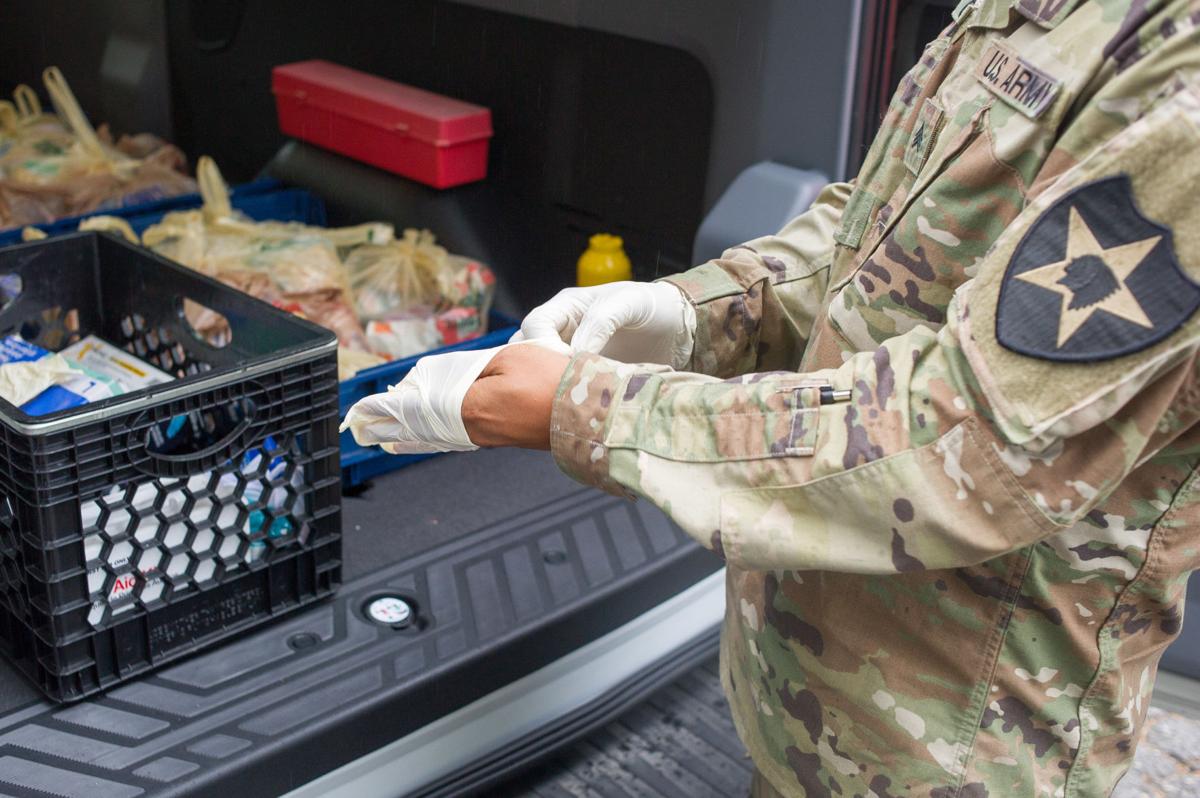 Sgt. Thien Chum, a member of the National Guard, puts on gloves Friday before dropping off food from the Helping Hands Solution Center at a home near Sedro-Woolley.

Sgt. Thien Chum, a member of the National Guard, carries a box of food Friday to drop off at a home near Sedro-Woolley. The National Guard is helping distribute food through the United Way of Skagit County’s CHOW (Cutting Hunger On Weekends) program.

Sgt. Thien Chum, a member of the National Guard, puts on gloves Friday before dropping off food from the Helping Hands Solution Center at a home near Sedro-Woolley.

A local program to help hungry children has gotten a hand — and few sets of wheels — from Skagit Transit.

The transportation agency has provided use of some of its vehicles to the United Way of Skagit County's CHOW (Cutting Hunger On Weekends) program, which provides food to children in need throughout Skagit County.

The program is a partnership between the United Way and several local organizations, including the Helping Hands Solution Center food bank.

Need for the program has grown due to job loss and wage cuts sparked by the COVID-19 pandemic, said Nichole Long, the food bank's director of development. Over the past three months it's gone from serving about 1,000 children to more than 2,000.

Some age requirements for the program have been waived to help more people, Long said.

"When you look at a percentage of growth, the CHOW program is the one most in need," she said. "Families are impacted with distance learning, with hours at work reduced. Many students in our county, we're serving for the first time ever."

Long said Helping Hands planned to join forces with Skagit Transit for a "Stuff the Bus" event earlier this year at the Skagit County Fair.

When the fair was canceled due because of COVID-19, the two instead teamed up for a similar event that brought in more than $30,000 and 5,000 cans of food. Those conversations led to the use of Skagit Transit vehicles and drivers for CHOW routes.

"It's a great partnership," said Cheryl Willis, marketing and public affairs specialist for Skagit Transit. "We're able to provide the transportation because we're on a lighter schedule. ... Food banks are seeing such an explosion (in need). As long as we have drivers and equipment available we'll continue to do food delivery."

The agency has provided use of several drivers and smaller paratransit vehicles for about a month.

Long said several other agencies and organizations have helped accommodate the increased need, including Skagit Publishing, the United Way of Skagit County and the National Guard.

The National Guard, she said, has been particularly crucial in maintaining the food bank's service during the COVID-19 pandemic. She said some of the individual members have even volunteered further time.

"The only reason we've expanded (all programs) is through the support of the National Guard. They get the food, they sort the food, they prepare it into boxes," Long said.

She said future plans include another donation drive, the addition of more volunteers and more planning with current and potential partners.

Those interested in donating money to the Helping Hands Solution Center can visit helpinghandsfoodbank.org/donate.