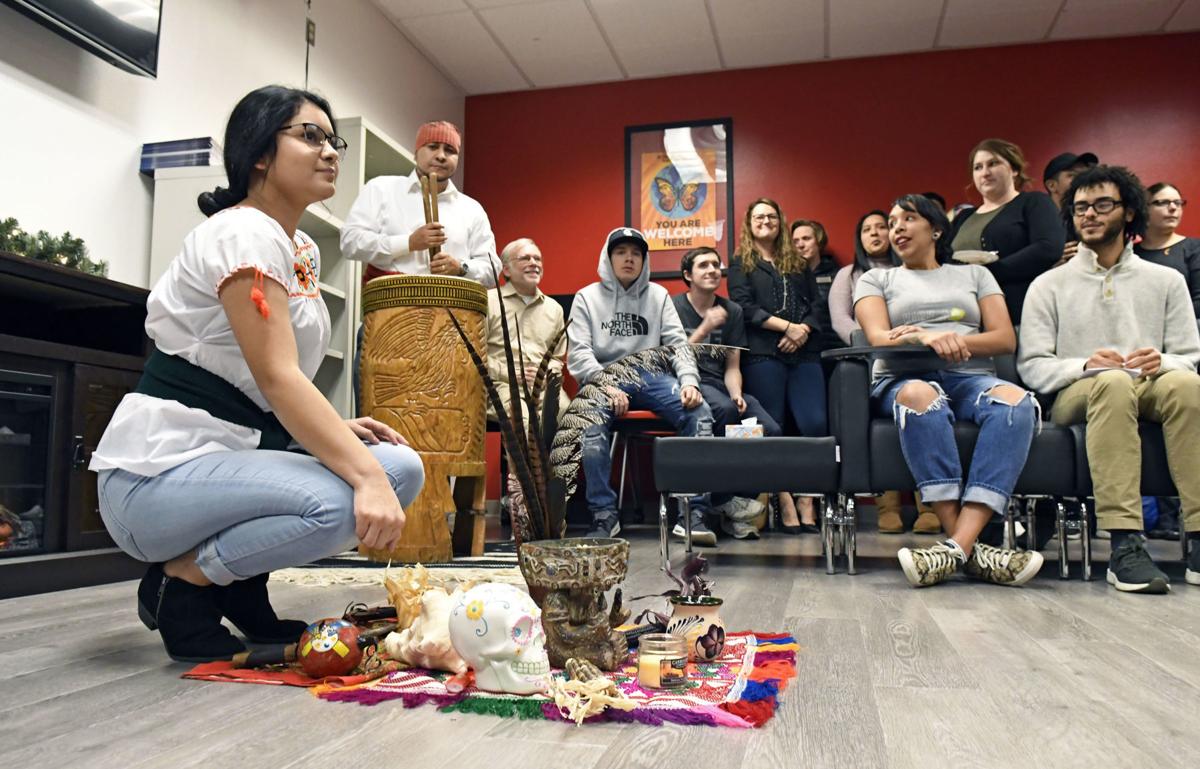 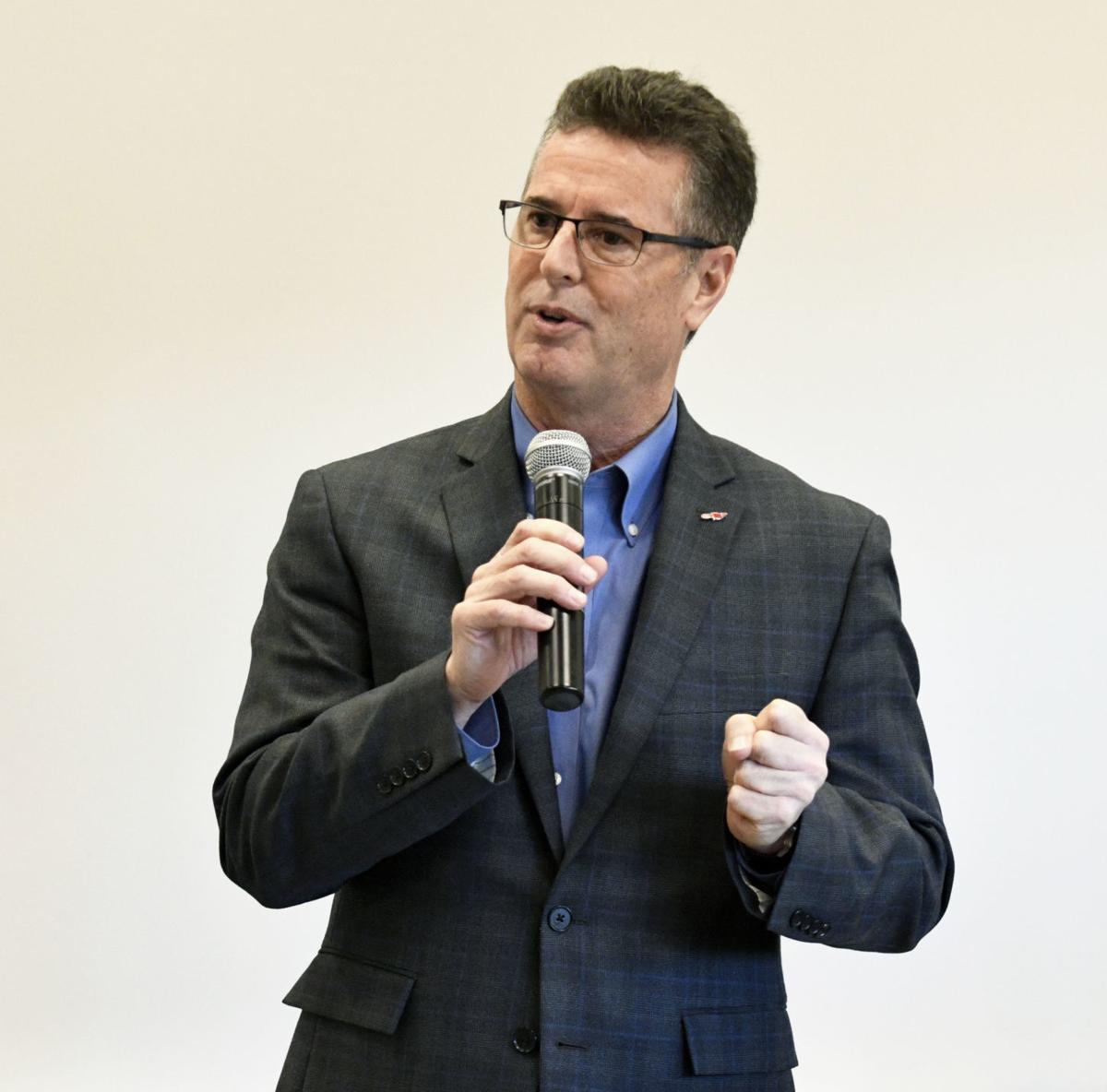 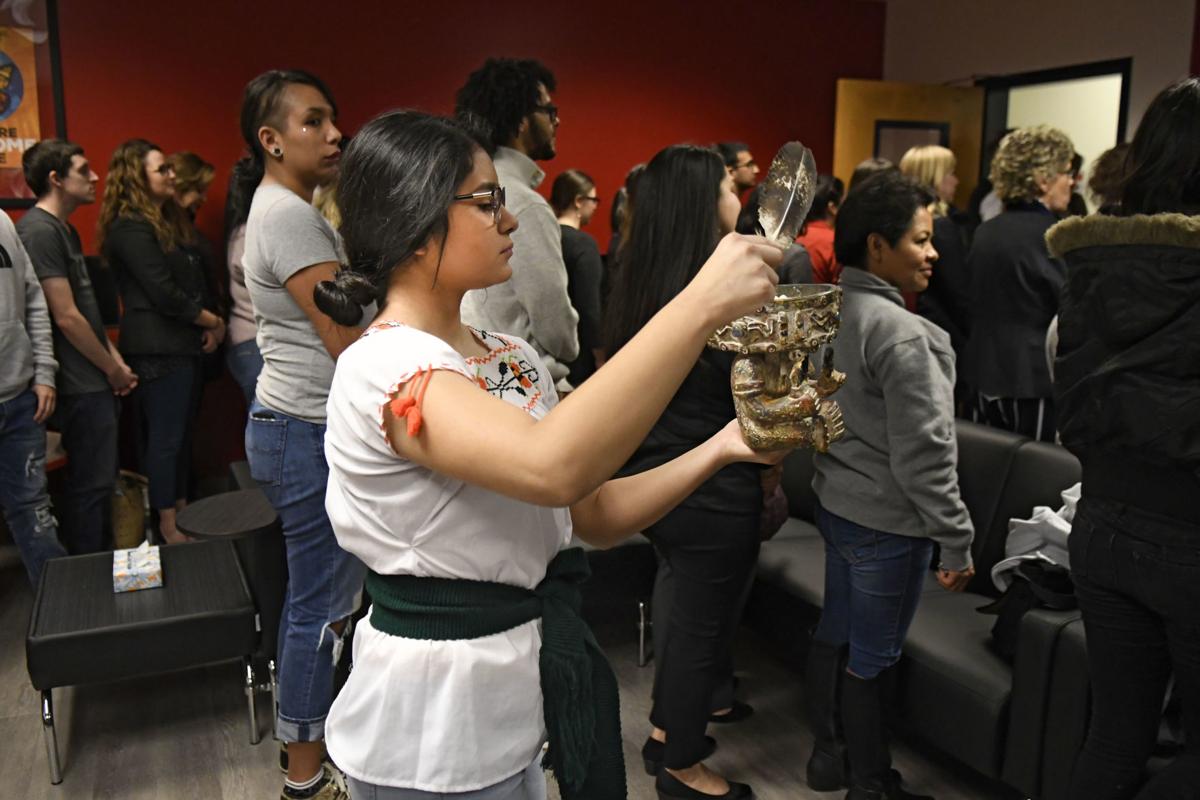 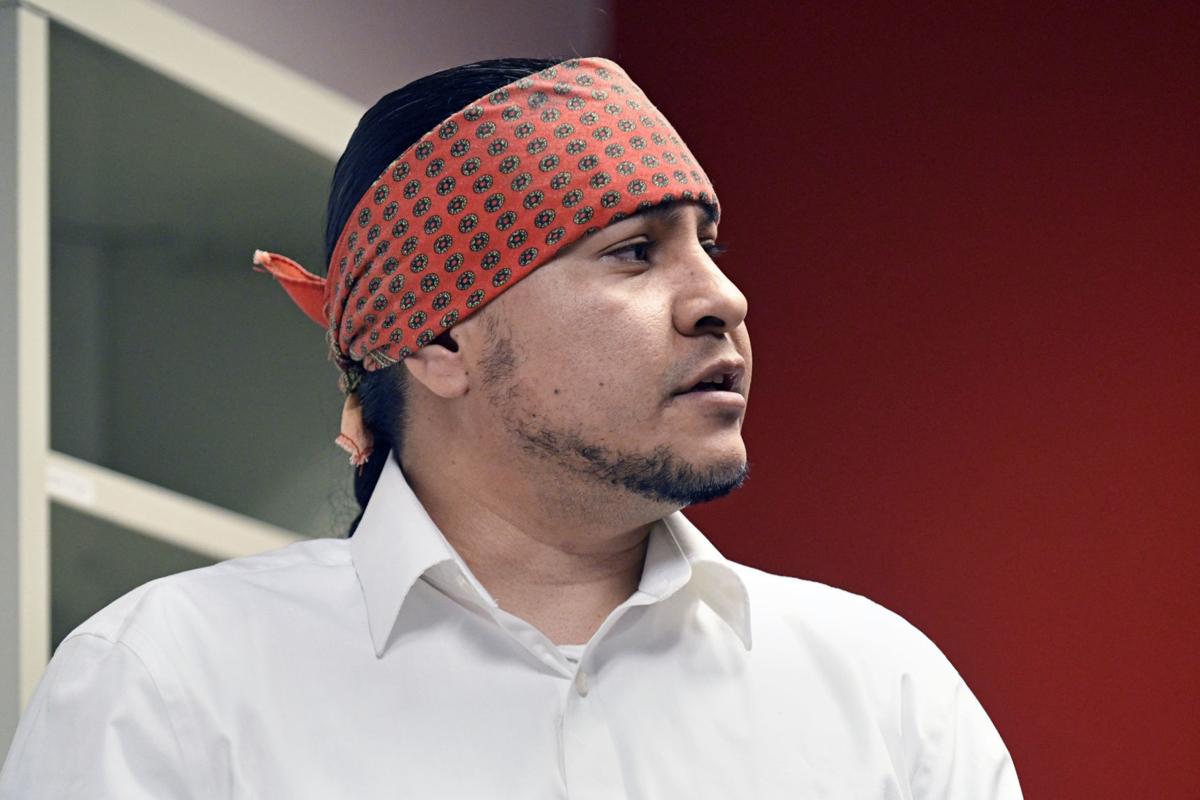 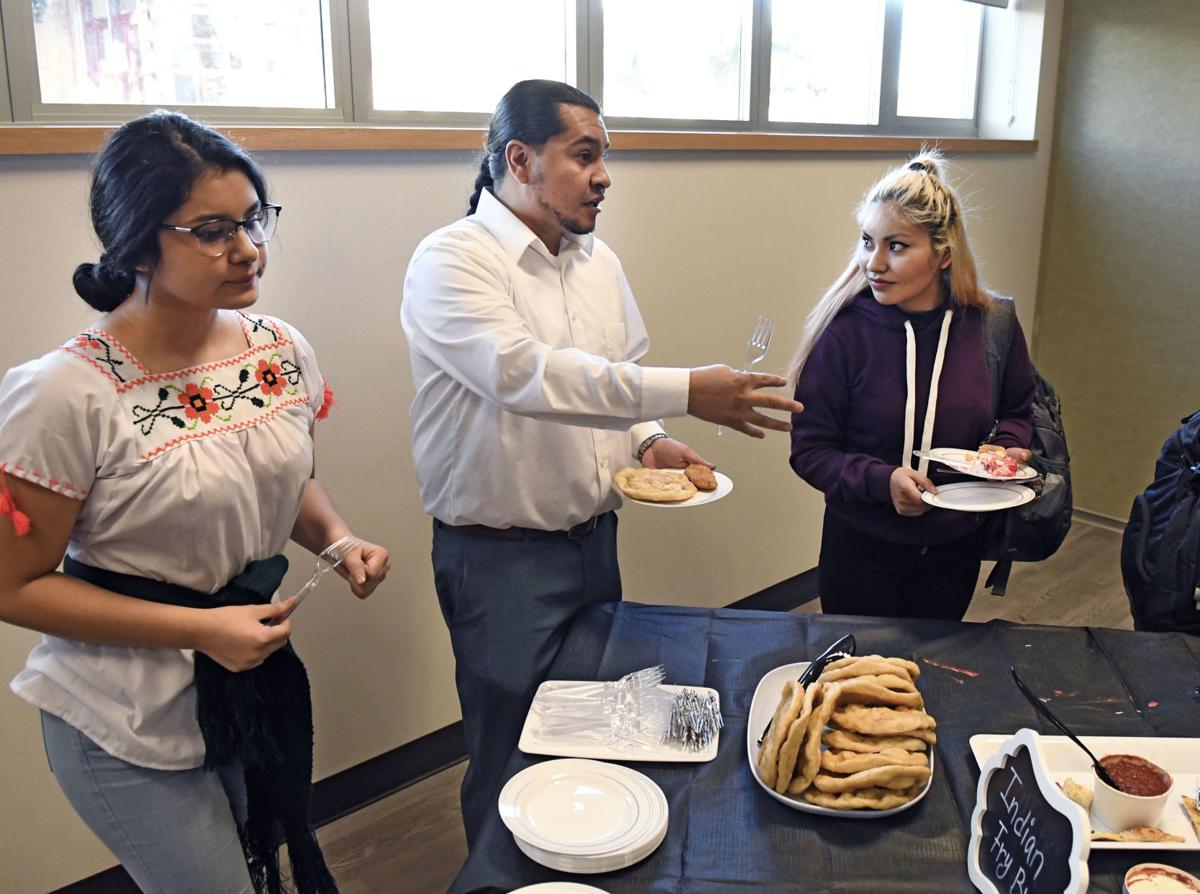 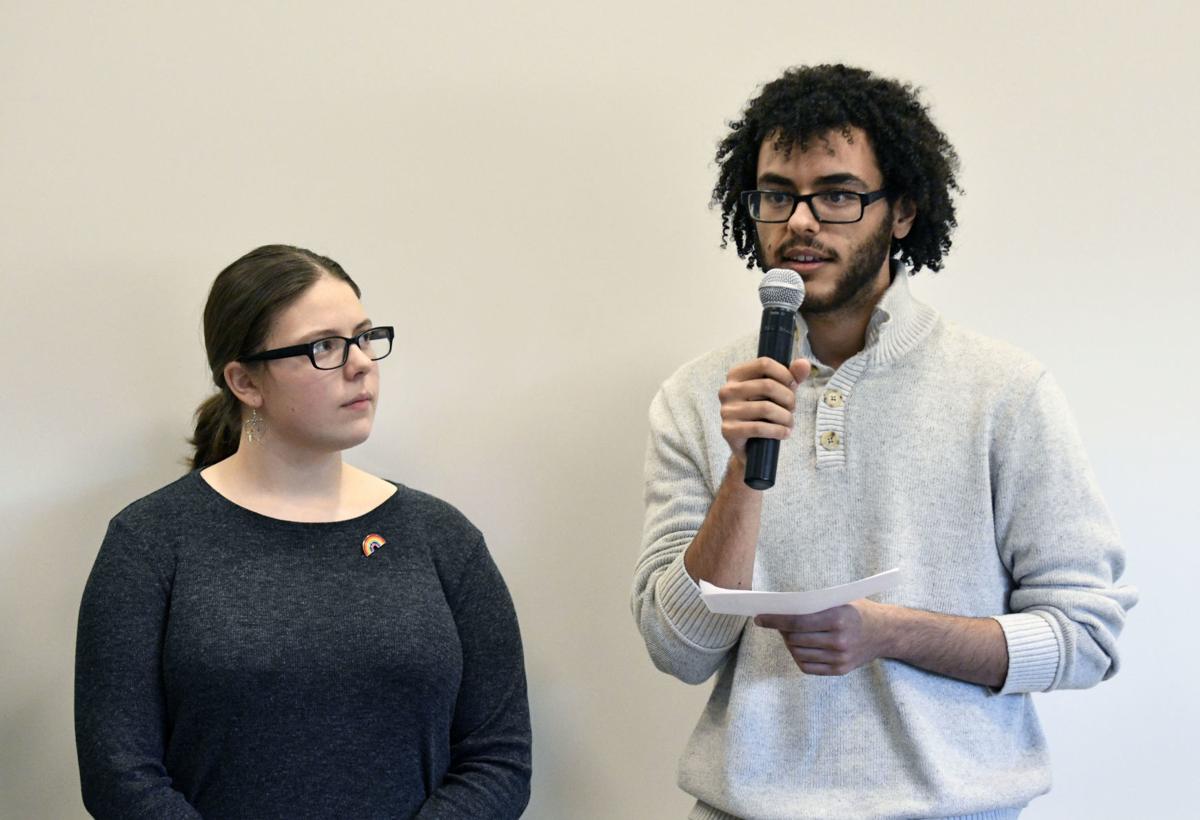 Elizabeth Kesterson (left) of the Rainbow Alliance Club listens to Andrew Kidane of the Calling All Colors Club speak Monday at the grand opening of the diversity center at Skagit Valley College.

Elizabeth Kesterson (left) of the Rainbow Alliance Club listens to Andrew Kidane of the Calling All Colors Club speak Monday at the grand opening of the diversity center at Skagit Valley College.

“It’s a space that is a statement about our values of equity and diversity,” Keegan said. “I think it’s just a small seed. It’s the beginning of something greater.”

Located in the Gary Knutzen Cardinal Center, the diversity center is designed to be a safe space for the college’s diverse student body.

Students can go to the center to learn about other cultures, share their life experiences, or just take a nap, said Yadira Rosales, the college’s director of Multicultural Student Services.

“We know that for a lot of students, the key to success for them is meeting other students just like them,” she said.

After a traditional Aztec blessing ceremony conducted by Running Start student Stepheny Lopez and her older brother Enrique Lopez Cisneros, students shared what having the center means to them.

“This is a place where I can see others like me and be aware that we may have faced some similar conflicts,” said student Gary Singh, who represented the college’s South Asian Club. “Unfortunately, many of us do share the same struggles, whether it comes to our race, our religion, our ethnicity or our gender and sexual identity. This is a place that welcomes us with open arms.”

In the future, Rosales said the space would host guest speakers and potlucks.

Student Jareth Rodriguez, who represented the college’s Maestros Para el Pueblo club, said the space represents inclusion — how the college will continue its dedication to all of its students, regardless of their backgrounds.

“Let’s take this room not just as a room, but the starting point for what Skagit Valley College was meant to be,” Rodriguez said.