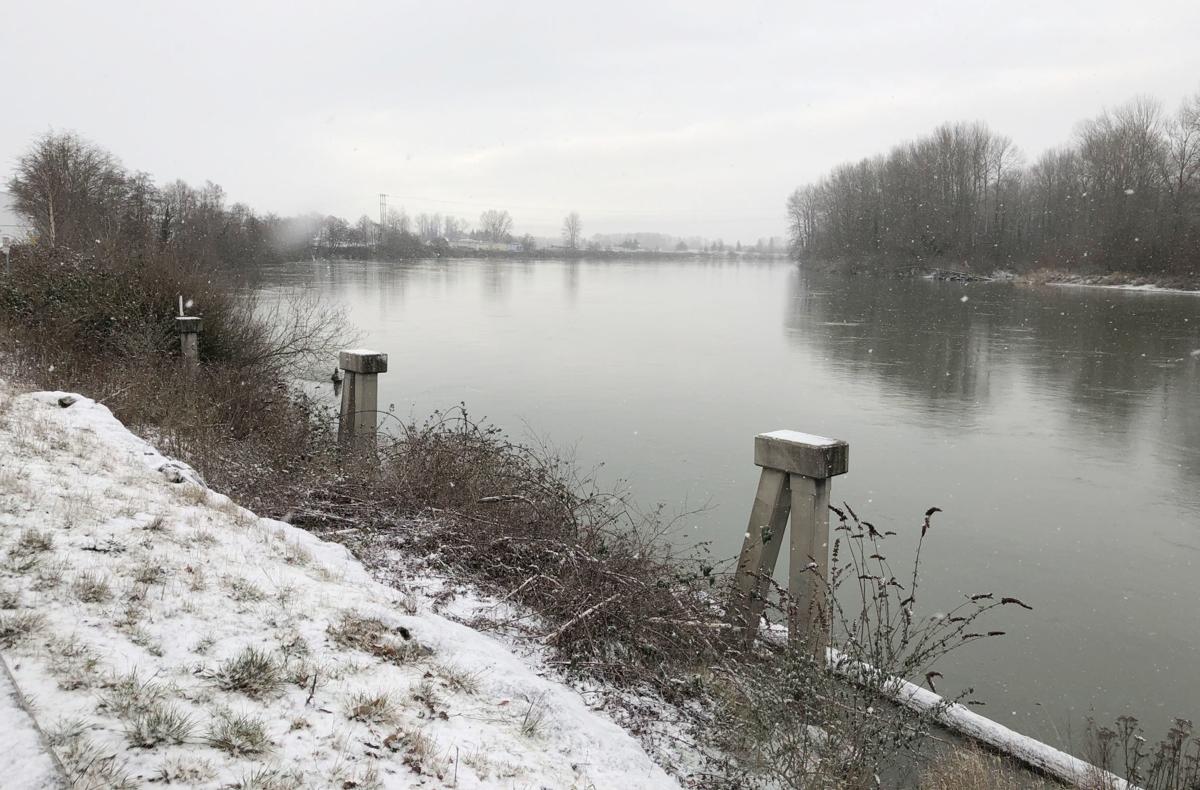 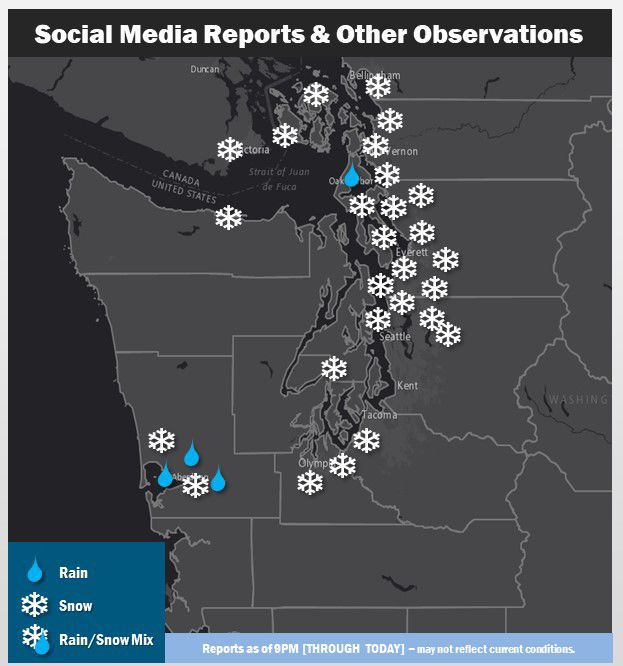 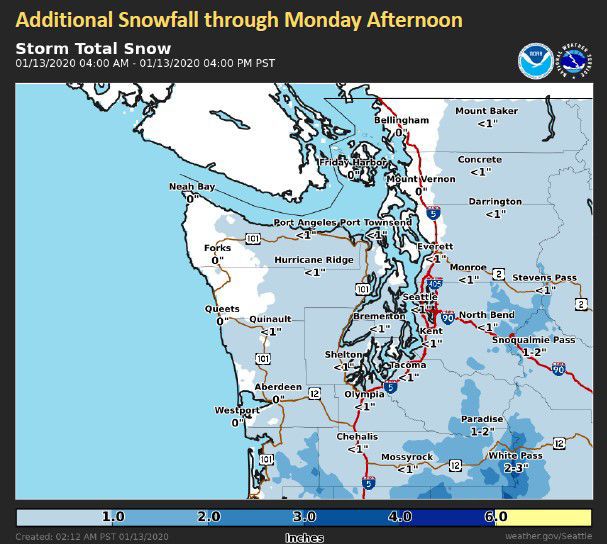 Areas of west Skagit County are forecast to get less than 1 inch of snow accumulation through this week, as light snowfall comes and goes.

Areas of west Skagit County are forecast to get less than 1 inch of snow accumulation through this week, as light snowfall comes and goes.

As of about 10 a.m. Monday, a half inch or less of snow was recorded in areas of Skagit County, according to National Weather Service data.

Because of the snow, the Sedro-Woolley School District will start two hours late Tuesday.

According to the weather service forecast, more snow is likely to come Tuesday through Thursday, but just how much is uncertain.

The agency's Seattle office suggests, according to a briefing Monday morning, that less than an inch is expected to accumulate along the Interstate 5 corridor. Higher elevations could see several inches of snow accumulate throughout the week.

The snow has come amid cold temperatures coupled with wind.

Low temperatures dipping into the teens and not reaching above the low 30s this week means refreezing of snow and rainfall may occur overnight.

With a wind chill, temperatures are forecast overnight Monday to Tuesday to dip to about 13 degrees in the Mount Vernon area and about 8 degrees in the Concrete area.

Mount Vernon Mayor Jill Boudreau declared a severe weather emergency Monday, allowing emergency cold-weather shelters to open through Jan. 20. No property owners have yet applied for emergency shelter status, but other programs in Mount Vernon and Anacortes are offering places to stay.

The weekend is forecast to bring warmer temperatures and rain, which could lead to flooding in some areas, according to the weather service.

The Northwest River Forecast Center was not, as of mid-Monday, forecasting flooding on rivers in Skagit County.