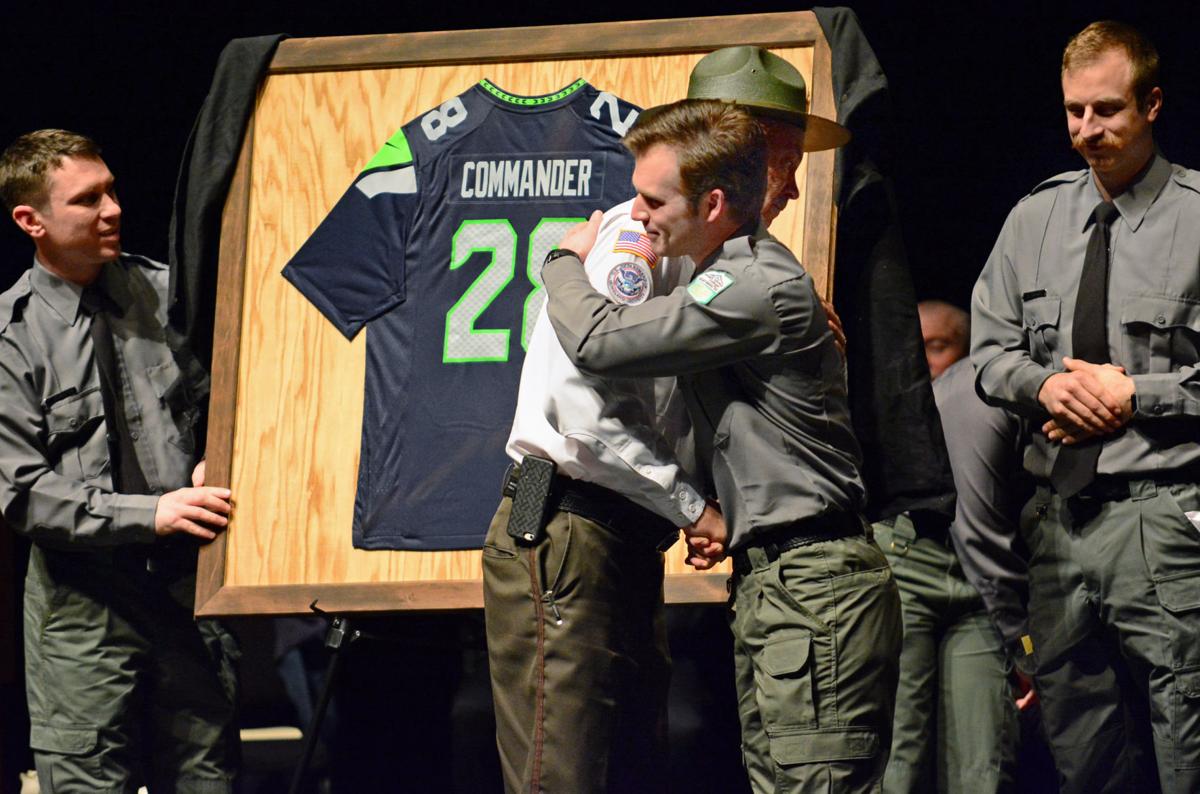 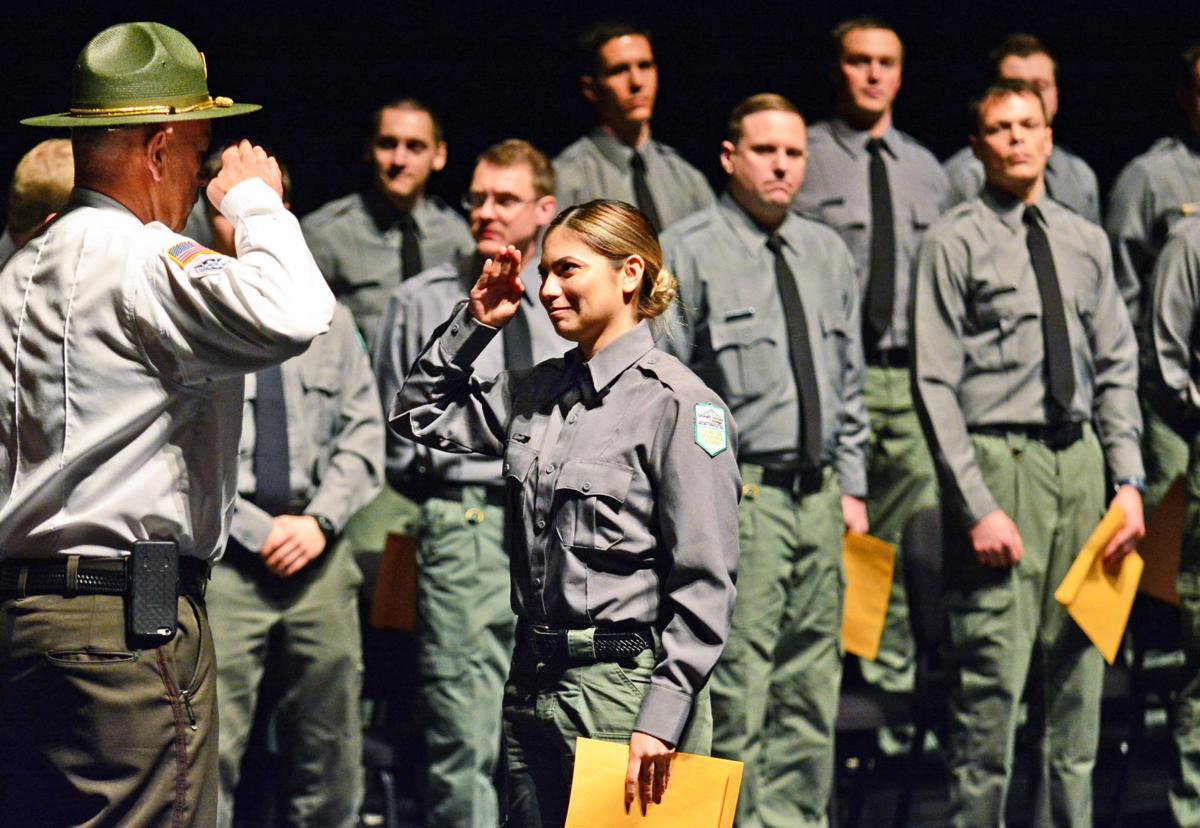 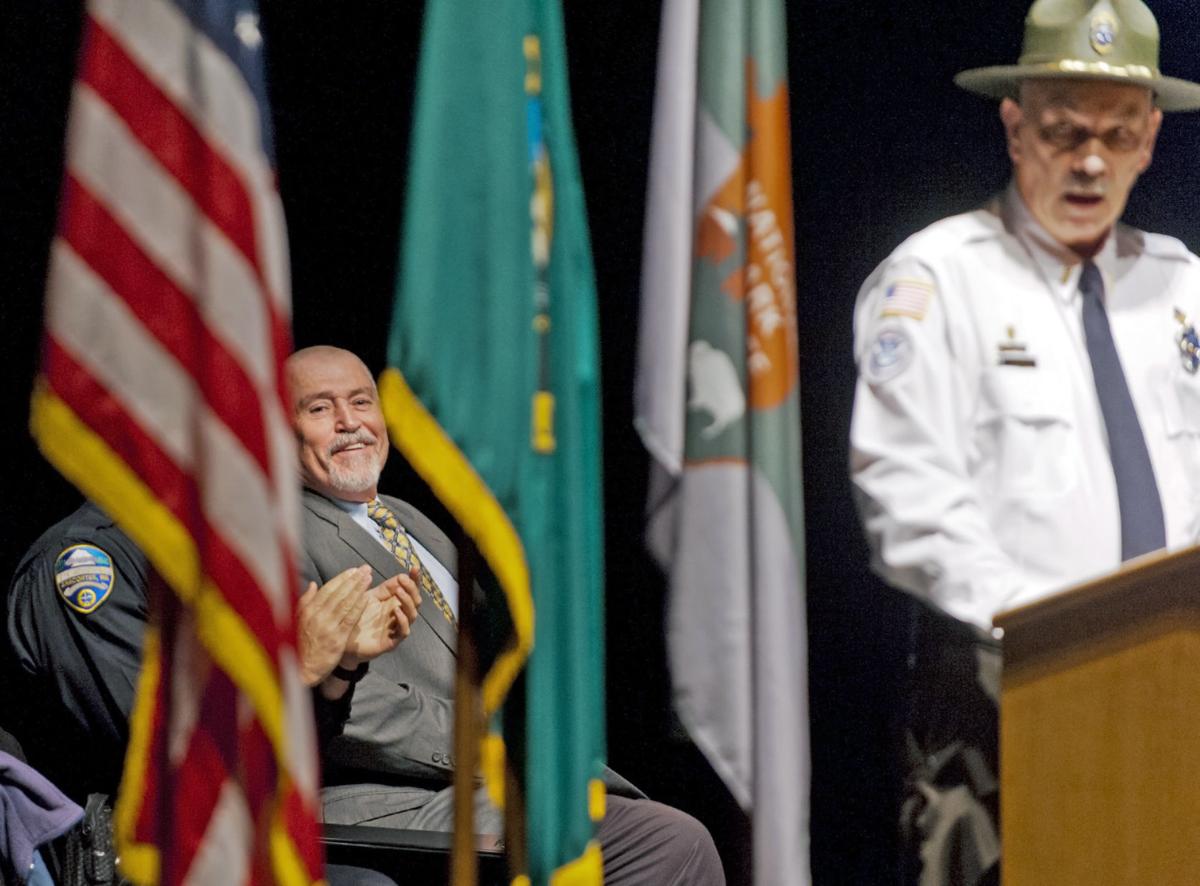 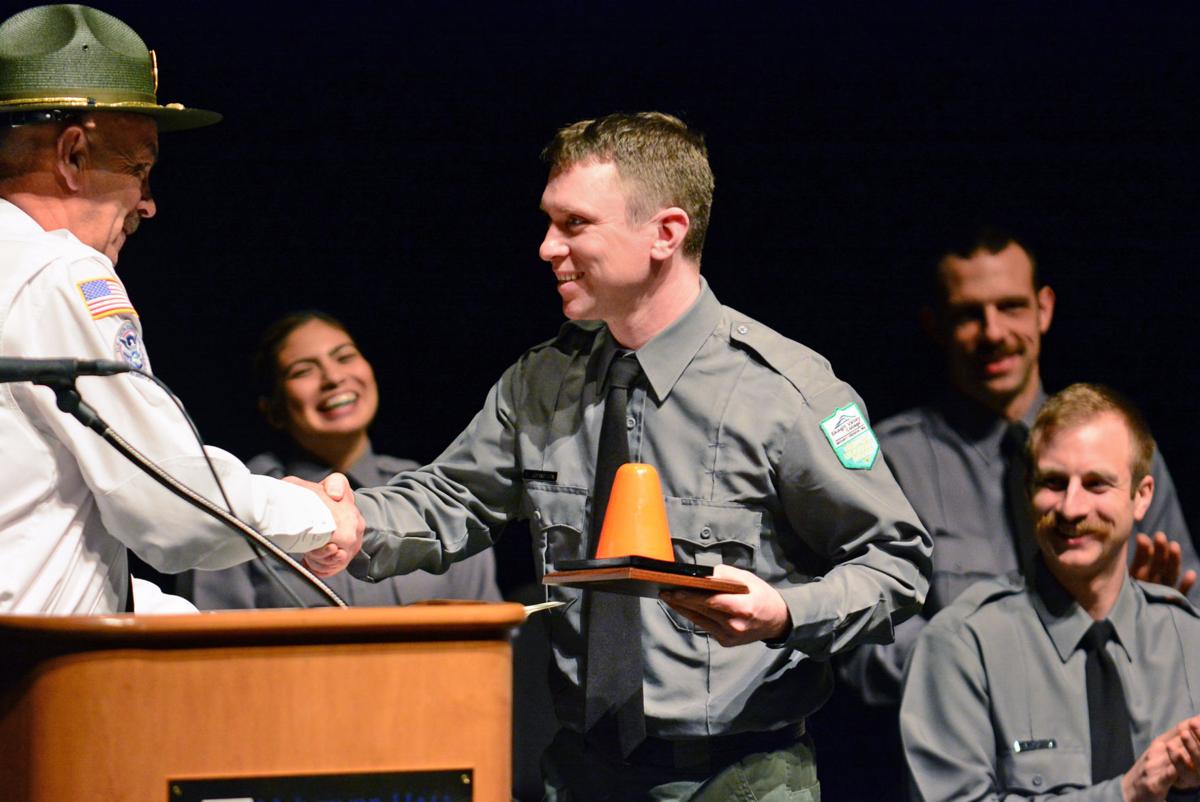 MOUNT VERNON — For the past four months, students in Skagit Valley College’s Parks Law Enforcement Academy have been carrying around dull, metal disks representing the work they still had to do.

On Tuesday, the 22 students from 13 states traded in those disks for shiny and smooth new ones as they graduated from the college’s 28th Parks Law Enforcement Academy class, readying them for careers protecting the country’s public lands.

The program is one of seven National Park Service-certified programs nationwide — and the only in the Pacific Northwest — that train students for careers in law enforcement at national, state and local parks departments.

“You have the opportunity to live and work in places that are so amazing, people come from all around the world to see them,” said North Cascades National Park Supervisory Park Ranger Gabe Asarian at the graduation ceremony. “You get to see the absolute best of the best. You get to make the first tracks after a fresh snowfall, you get to see and experience those once-in-a-lifetime sunsets, storms and wildlife sightings.”

Over the course of the program, students spent 720 hours — more than the federally-required 680 hours — in classroom and field training, learning constitutional law, law enforcement procedures, tactical and driving skills, and ethics.

“You’re entering a career that deserves, and even demands, your best,” said Anacortes police officer Scott Ray, who taught in the program. “We need you, the struggle is never ending. I’d be proud to step into the fire with any one of you.”

Ray said his law enforcement career also began under Overby’s tutelage, though not through the Parks Law Enforcement Academy.

As the graduates get set to begin their careers in law enforcement, Ray had three pieces of advice for them: Don’t stop learning and growing, don’t be afraid to admit if you are wrong, and keep a positive attitude.

“Positive attitudes will see you through even the worst of days,” Ray said. “Be that shining light for others. You will have bad cases, but strive to never have an entirely bad day.”

Graduates of the program have gone on to serve in national parks such as Yosemite, Yellowstone, North Cascades and Mount Rainier.

After each, Overby said, the community benefits.

“(These are) people with good hearts, good minds, the ability to solve problems, treat people civilly, respectfully,” Overby said. “What could a community not want in that.”

Before Mount Vernon Police Chief Jerry Dodd led the graduates in the oath of a law enforcement officer, they presented Overby with a custom Seahawks jersey, printed with the number 28 and the name “Commander.”

And Overby had one last piece of advice for them.

“Be civil,” he told them. “Treat people kindly. Treat them as you would want to be treated.”