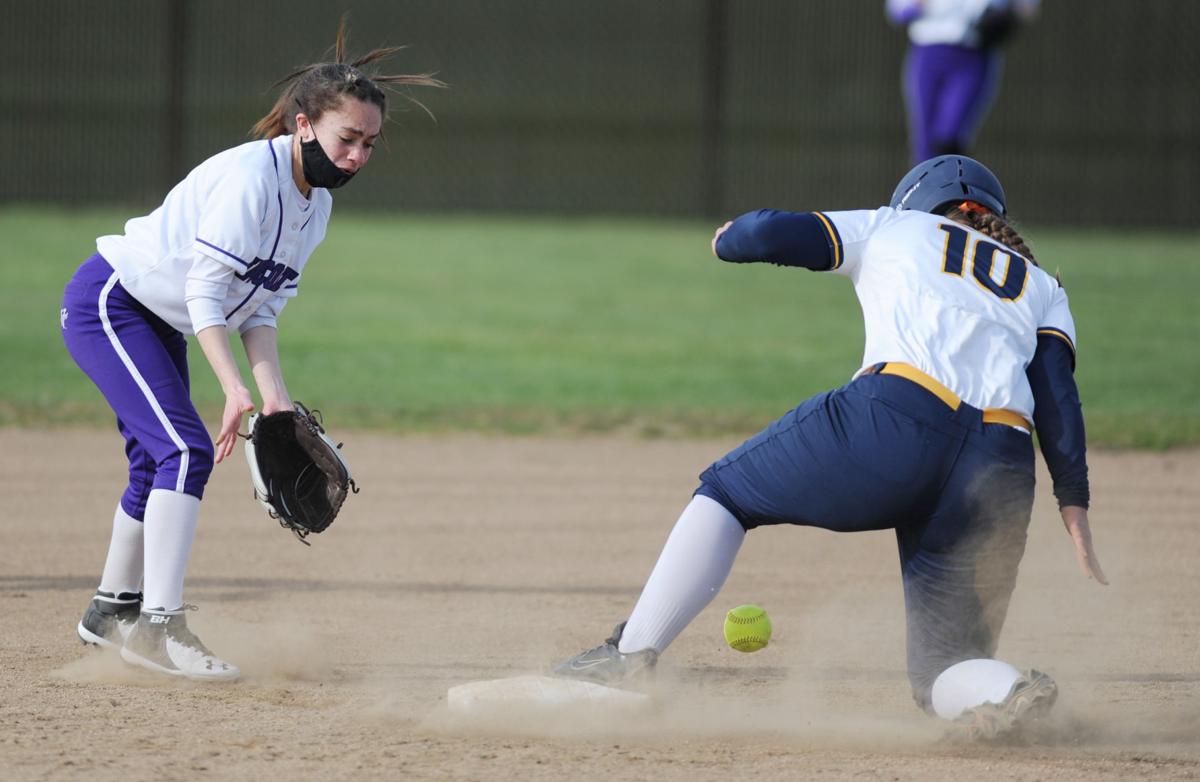 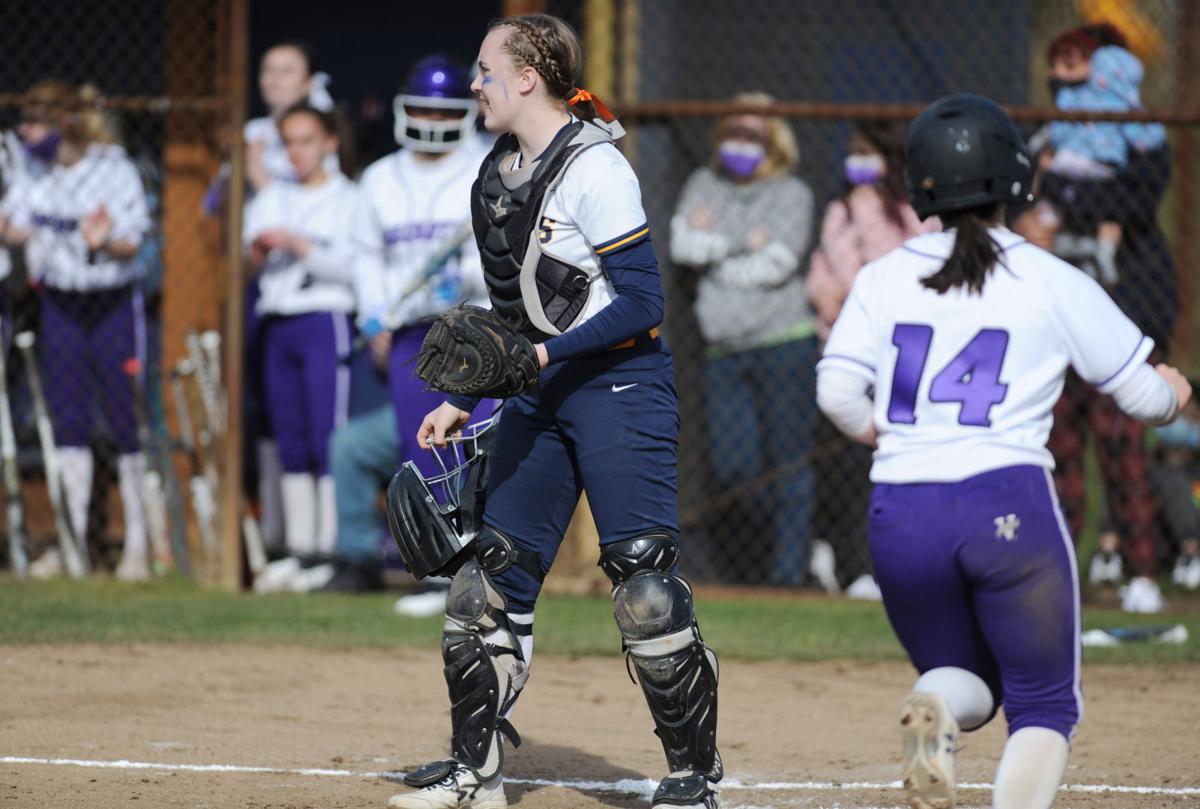 Burlington-Edison catcher Courtney Locke comes out from behind the plate Tuesday as Anacortes’ Ari Bickley scores a run. 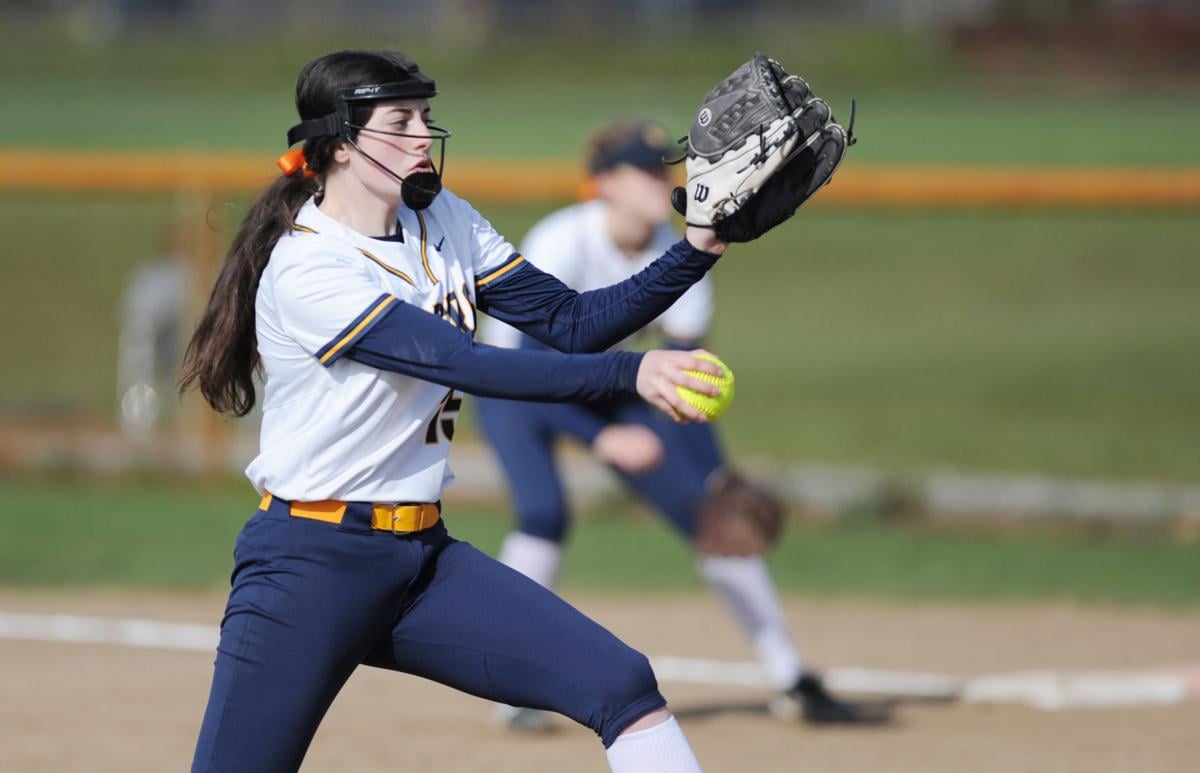 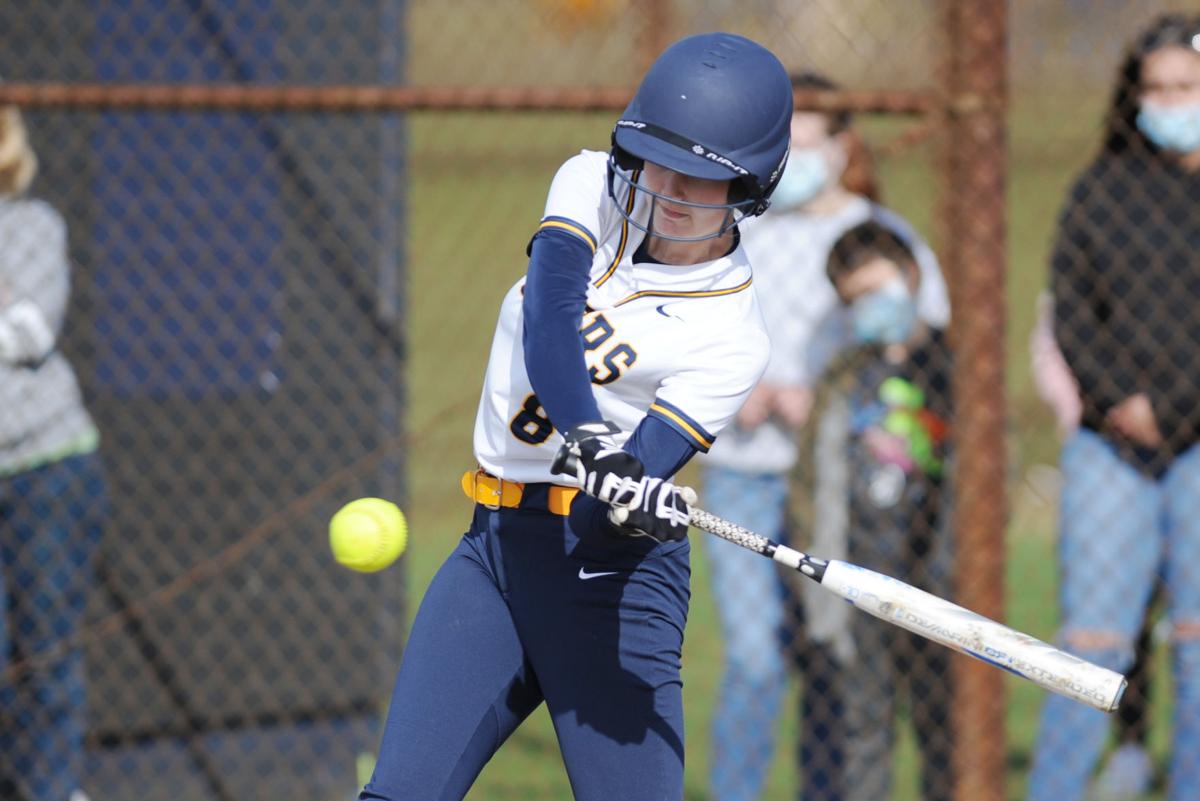 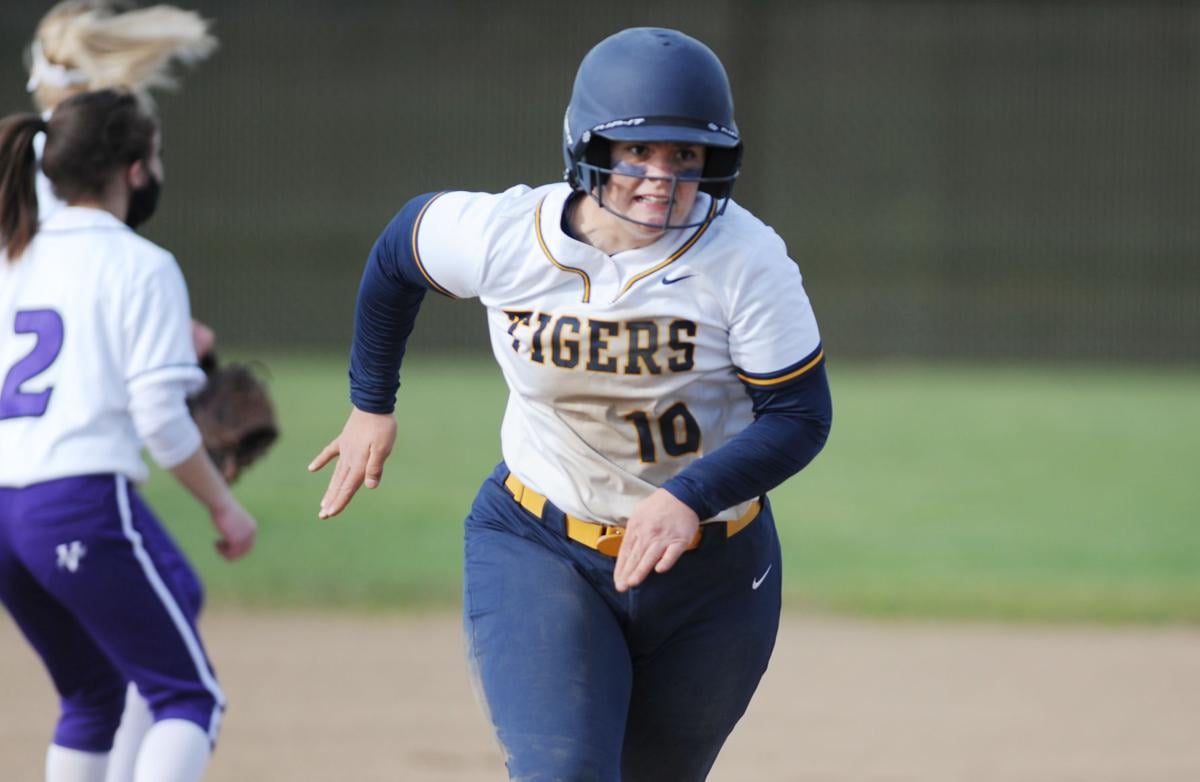 Burlington-Edison's Emma Fleury digs for third base Tuesday against Anacortes.

Burlington-Edison catcher Courtney Locke comes out from behind the plate Tuesday as Anacortes’ Ari Bickley scores a run.

Burlington-Edison's Emma Fleury digs for third base Tuesday against Anacortes.

BURLINGTON — It was a case of better late than never for the Burlington-Edison High School softball team on Tuesday.

The Tigers scored two runs in the bottom of the seventh inning for a 3-2 win over Anacortes.

Izzy Young of Burlington-Edison and Anacortes' Riley Pirkle battled from inside the circle.

Young got the win for the home team, allowing six Anacortes hits. Pirkle struck out 12 Tigers while giving up four hits.

From the plate, Young had a pair of hits and an RBI.

Anacortes' Ari Bickley had two of the visitors’ six hits.

The Seahawks took the early 2-0 lead after plating runs in the first and third innings. Burlington-Edison closed the gap with a run in the fourth.

The Tigers improved to 3-1 and dropped the Seahawks to 1-3.

MOUNT BAKER — The Seahawks raised their record to 3-1 with the victory.

Kevin McClellan pitched the first four innings for the Seahawks for his second win on the season. He finished with nine strikeouts.

Staely Moore came on in relief and pitched a scoreless fifth inning.

At the plate, the Seahawks finished with 13 hits, led by Erik Dotzauer, who was 3-for-4 with two doubles and three RBI. Jacob Hayes went 3-for-3 with a double and an RBI.

Ben Fountain had two hits, and Joe Cutter had a double and three RBI for Anacortes.

MOUNT VERNON — Burlington-Edison scored early and the Bulldogs were unable to keep pace as the Tigers came away with the win.

Burlington-Edison is 2-2 while Mount Vernon is 0-3.

Clayton Olarey's single drove in Tiger teammate Kohlton Wagoner, who had singled earlier in the inning.

Burlington-Edison totaled eight hits in the game, with Will Watson and Garner Christensen both tallying multiple hits.

Tiger pitcher Will Corcoran allowed five hits and one run over three innings, striking out three and walking zero.

Trey Devery had a pair of hits for Mount Vernon.

OAK HARBOR — Sedro-Woolley suffered its first loss of the season and dropped to 3-1.

BURLINGTON — Mount Vernon's Ashley Bruland shot a 40 over nine holes to lead the way; Burlington-Edison was the top girls’ team.

Summer Rozema shot a 50 for the Tigers and teammate Bailey Jaderlund was one stroke behind. Emma Brownell added a 55.

Erin Pierce led Sedro-Woolley with a 49 and Cora Pierce shot a 55.