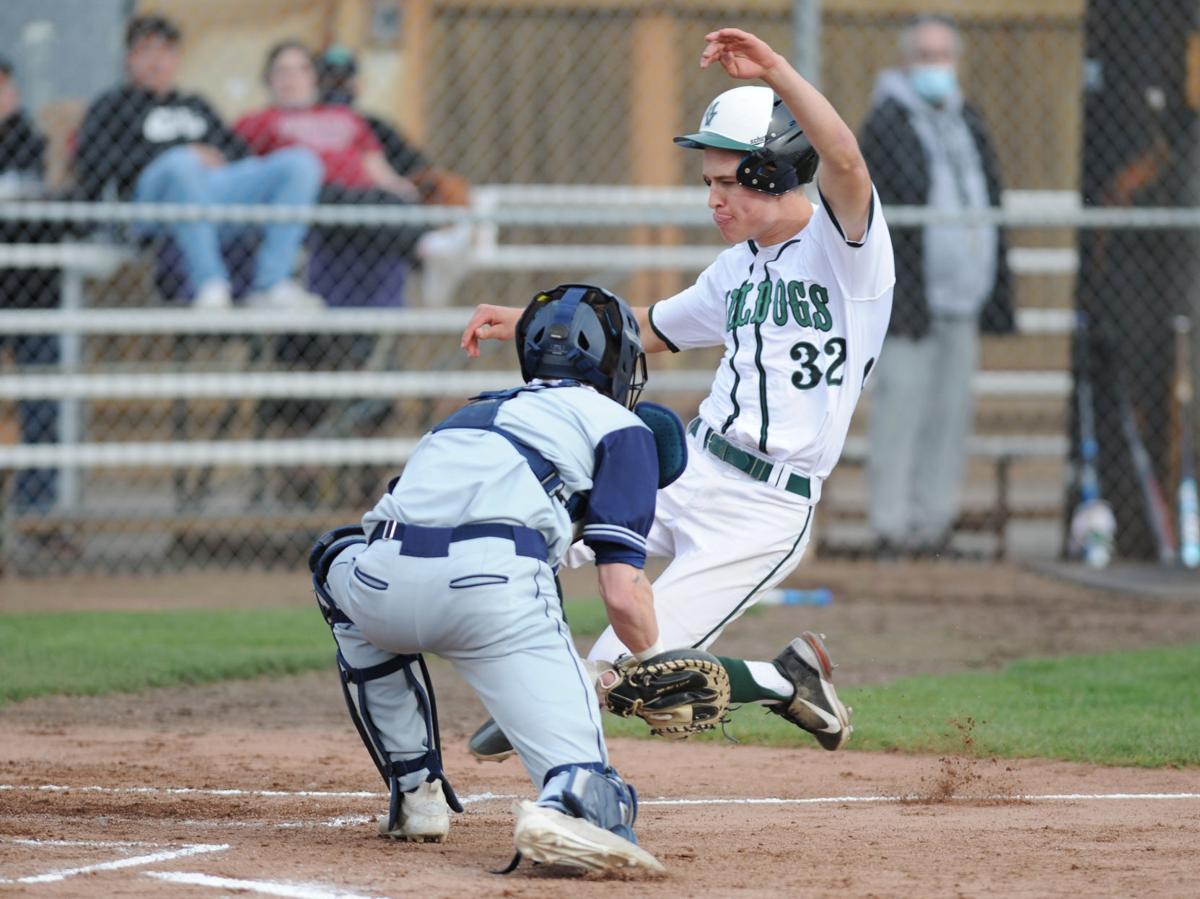 Mount Vernon’s Taylor Saben scores a run ahead of the tag of Squalicum catcher Trenton Miller on Tuesday in Mount Vernon. 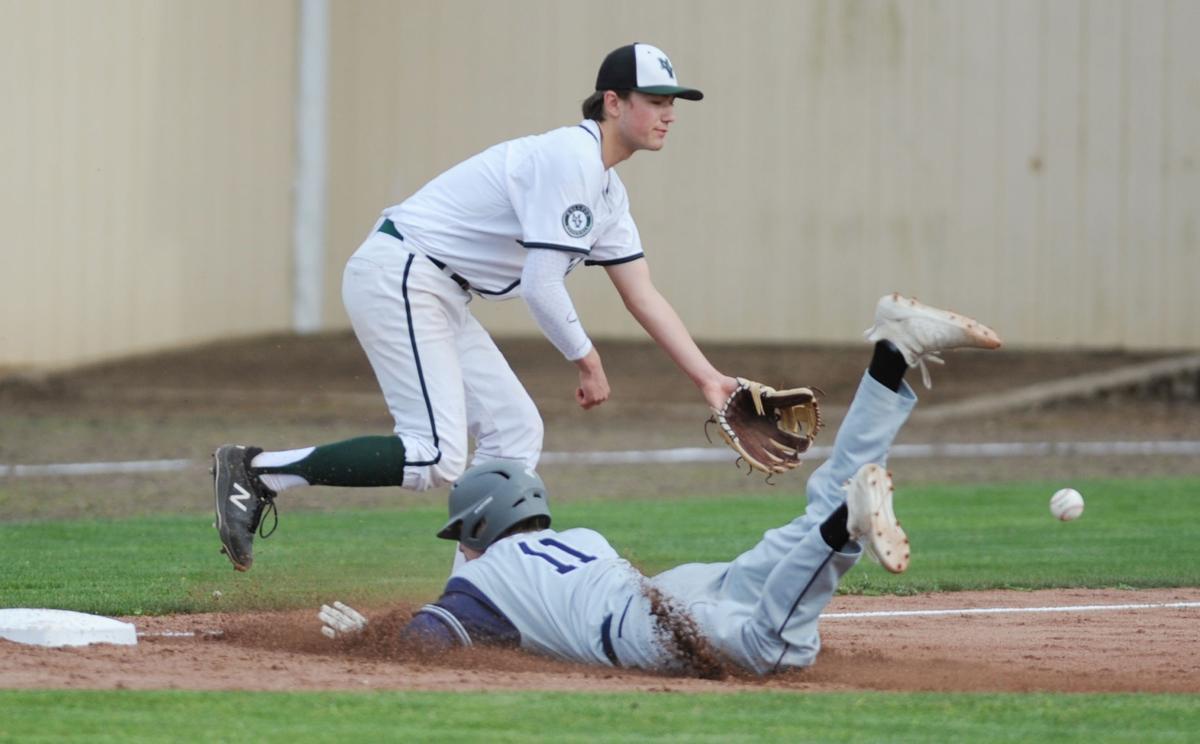 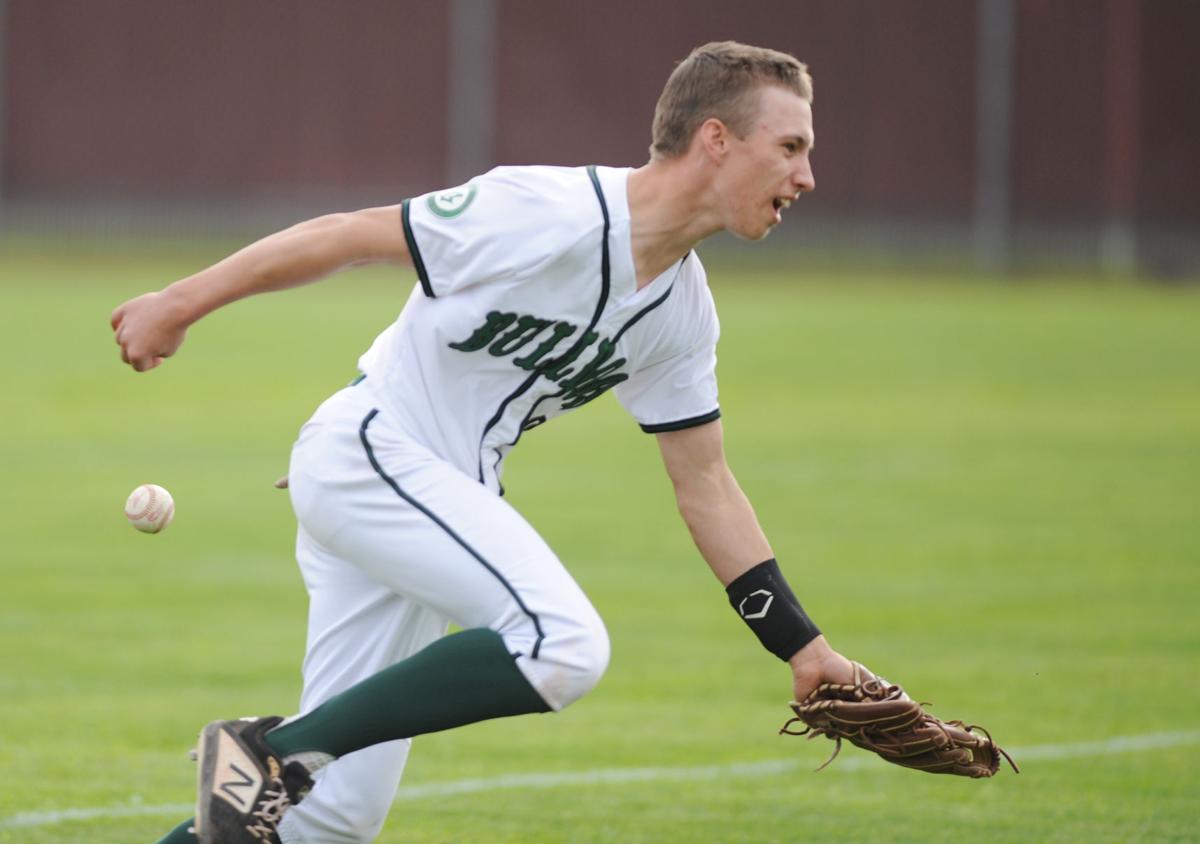 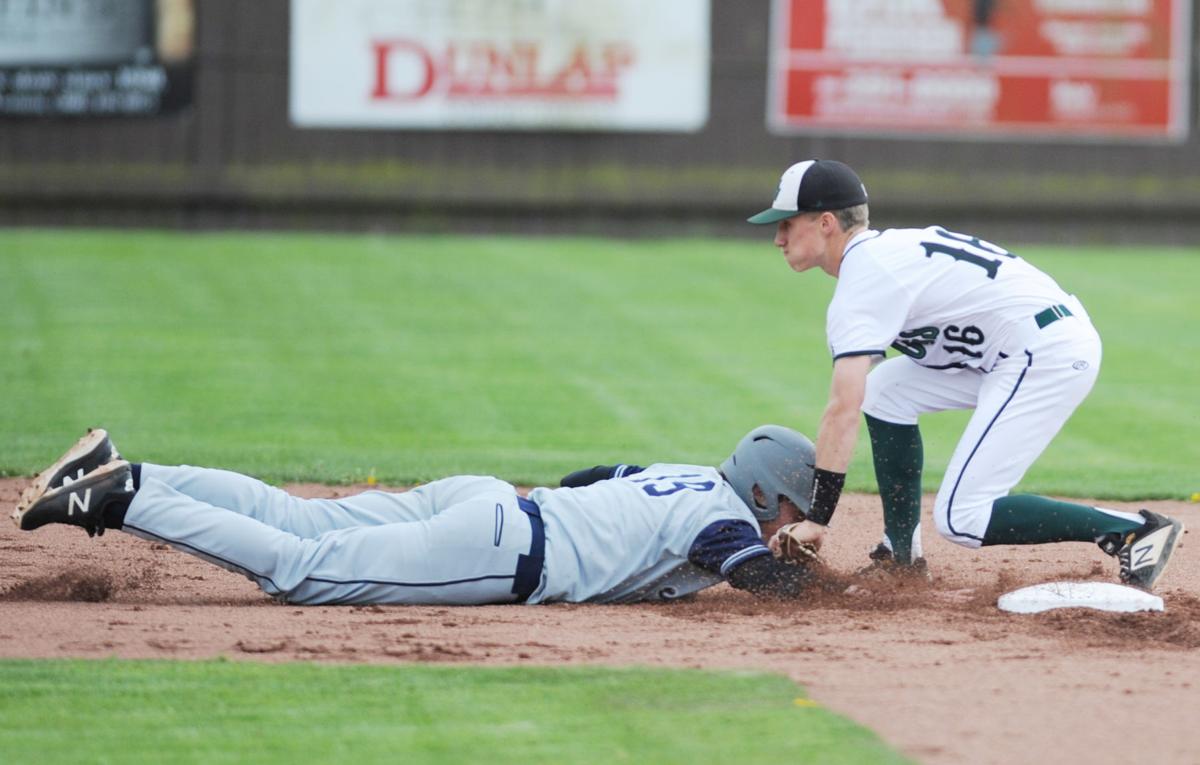 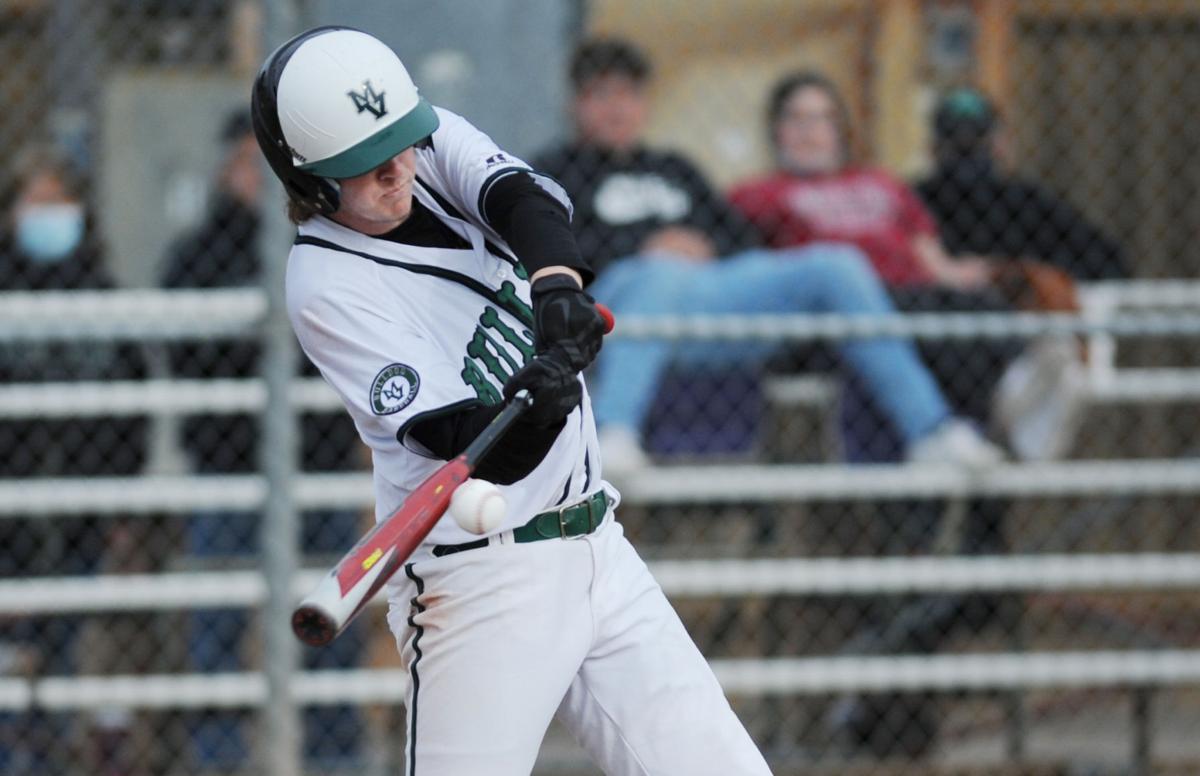 Mount Vernon’s Taylor Saben scores a run ahead of the tag of Squalicum catcher Trenton Miller on Tuesday in Mount Vernon.

Gard singled on a 2-1 count in the sixth inning to break a 1-1 tie. Klinger went all seven innings, scattering four hits on his way to the win.

The Bulldogs (3-7), who had four hits total, played error-free in the field.

BELLINGHAM — Kevin McClellan narrowly missed out on a no-hitter earlier this season.

When he got a chance at one Tuesday, the Seahawks standout made sure to cinch it.

McClellan threw a nine-strikeout, 81-pitch no-hitter. He carried a no-hitter in the seventh earlier this year against Nooksack Valley before giving up his only hit of that game, a single.

Joe Cutter had two singles Tuesday as the Seahawks bettered their record to 7-3.

SEDRO-WOOLLEY — It took an extra frame, but the Cubs didn't mind as they got the run they needed off the bat of Owen Murdock.

In the bottom of the eighth, Colson Friedrichs was hit by a pitch. Tyrel Schut singled and the bases were loaded with Sedro-Woolley runners following an error that allowed Seth Humerickhouse to reach first.

That set up Murdock's heroics as he singled down the right field line, plating Friedrichs for the game winner.

"He pitched on outstanding game," Sedro-Woolley coach Rob Davie said. "He kept his pitch count low and was very efficient."

BURLINGTON — Will Corcoran threw a two-hitter on 65 pitches, Garner Christensen went 3-for-4 with two RBI and Levi Koopsman was 2-for-3 with a double for the Tigers.

Will Watson and Kohlton Wagoner each had two hits as the Tigers improved to 6-3.

"It was great to be back on the court after our time off. I was proud of the way we played tonight and the hard work our girls are putting in daily," La Conner coach Suzanne Marble said.

MOUNT VERNON — The Bulldogs rolled to a 9-0 halftime lead and improved to 8-0.

Kyler Houck had the Bulldogs’ first two goals in the opening five minutes and Bridger Tautvydas finished with three goals.

Edgar Serrano and Jose Batista each scored a pair of goals. Angel Casillas-Gil and Adjani Herrera-Garduño each scored a goal apiece.

"The boys played a fantastic game ..., moving off the ball and connecting passes well. The boys were able to create and finish solid scoring chances. I’m very proud of the boys’ effort, collectively and individually," Tigers coach Ben MacKay said.

He said Burlington-Edison was without captain Gehrig Dabbs, who suffered an injury in a recent practice.

"The boys rallied to play hard for him," he said.

Anthony Andrade and Erick Rodarte each scored a goal for the Tigers, and Guillen and Nando Velazquez provided assists.

MacKay said he was impressed by the hard play of the Cubs (1-7).

Bailey Jaderlund led second-place Burlington-Edison with a 51. The Tigers had 294 team strokes.

Reagan Smith led Anacortes with a 55. Erin Pierce led Sedro-Woolley with a 57.

BELLINGHAM — Anacortes golfer Brendan Hodgson tied for third in the seven-team match with a personal-best 78.

He wasn't the only Seahawk to notch a personal best during the match; Bruce Gaddie shot an 87 and Coleman Goss added a 93.

"(I'm) excited to see these young players continue to improve, and it helps when led by the example of my only senior Brendan. It was really fun to watch him play today," Seahawks coach Chris McKnight said.