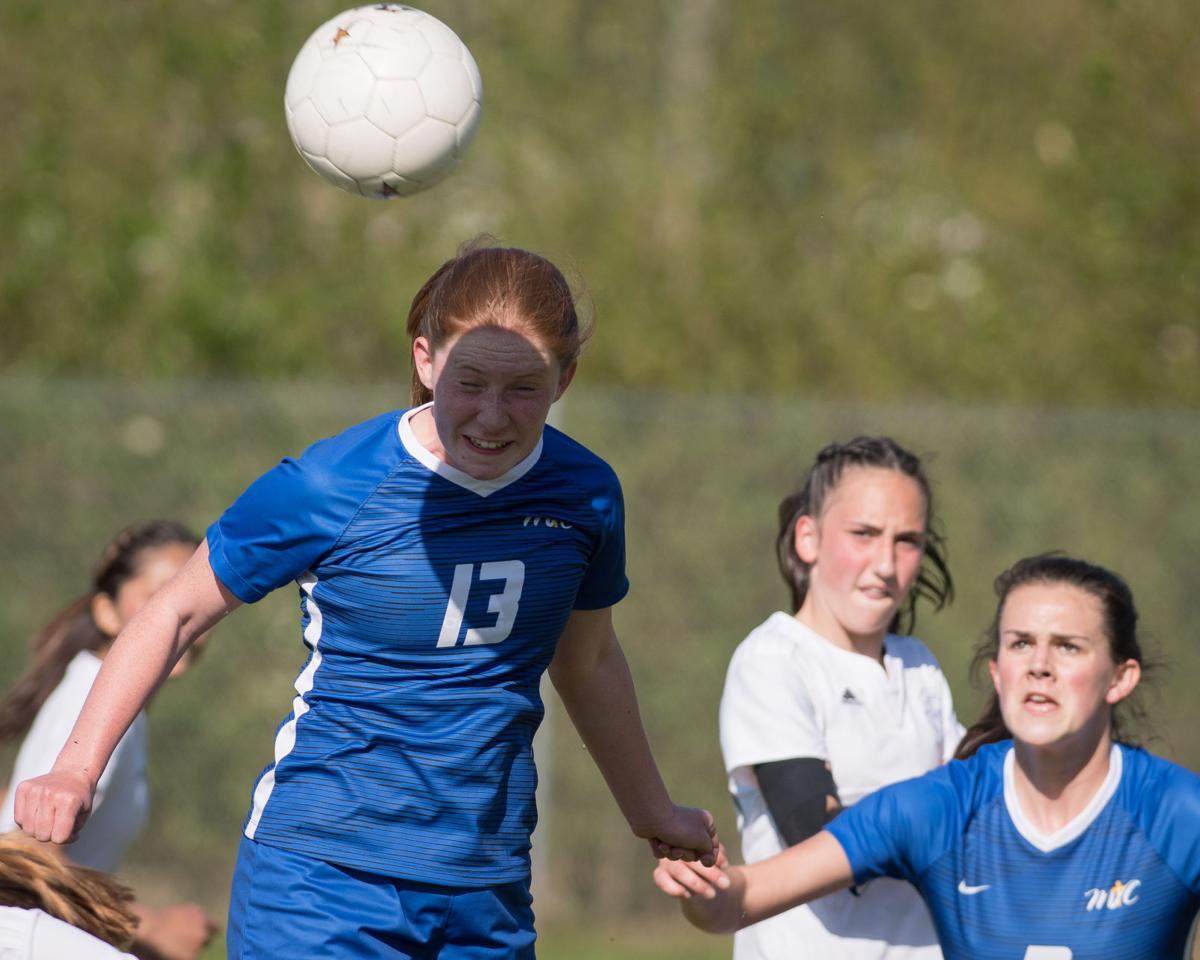 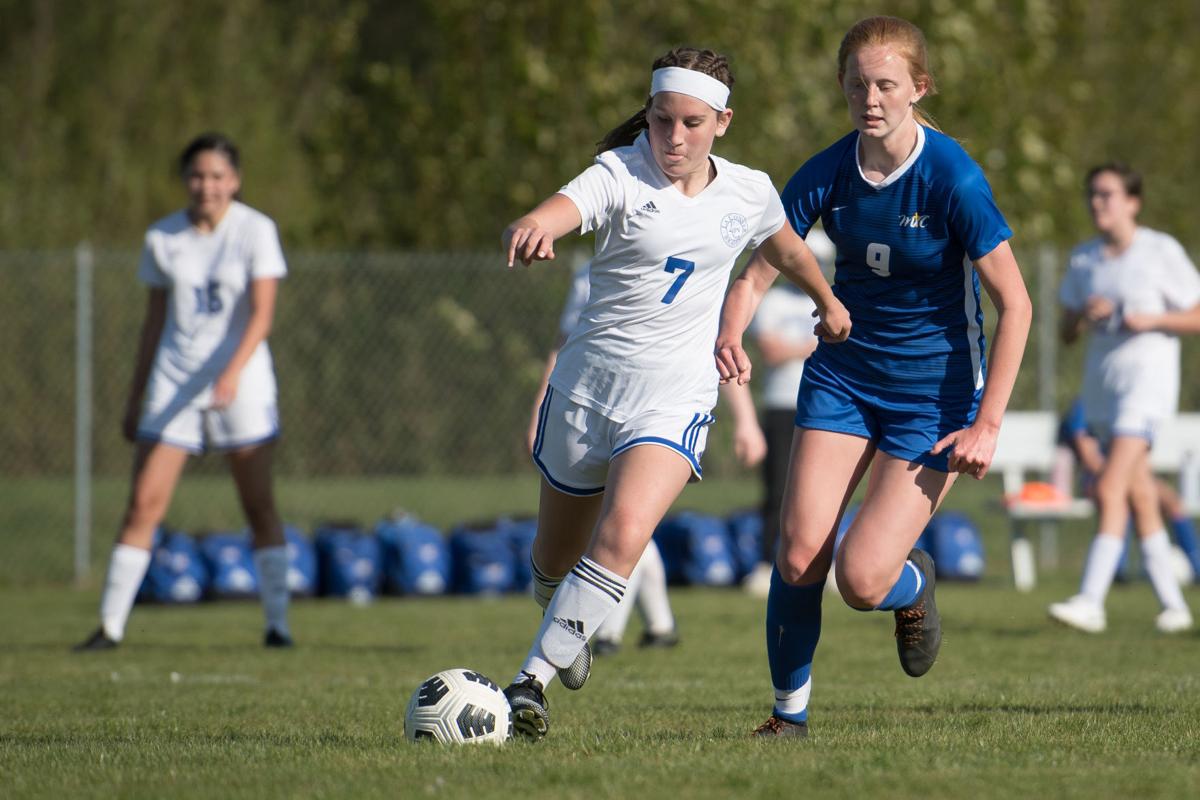 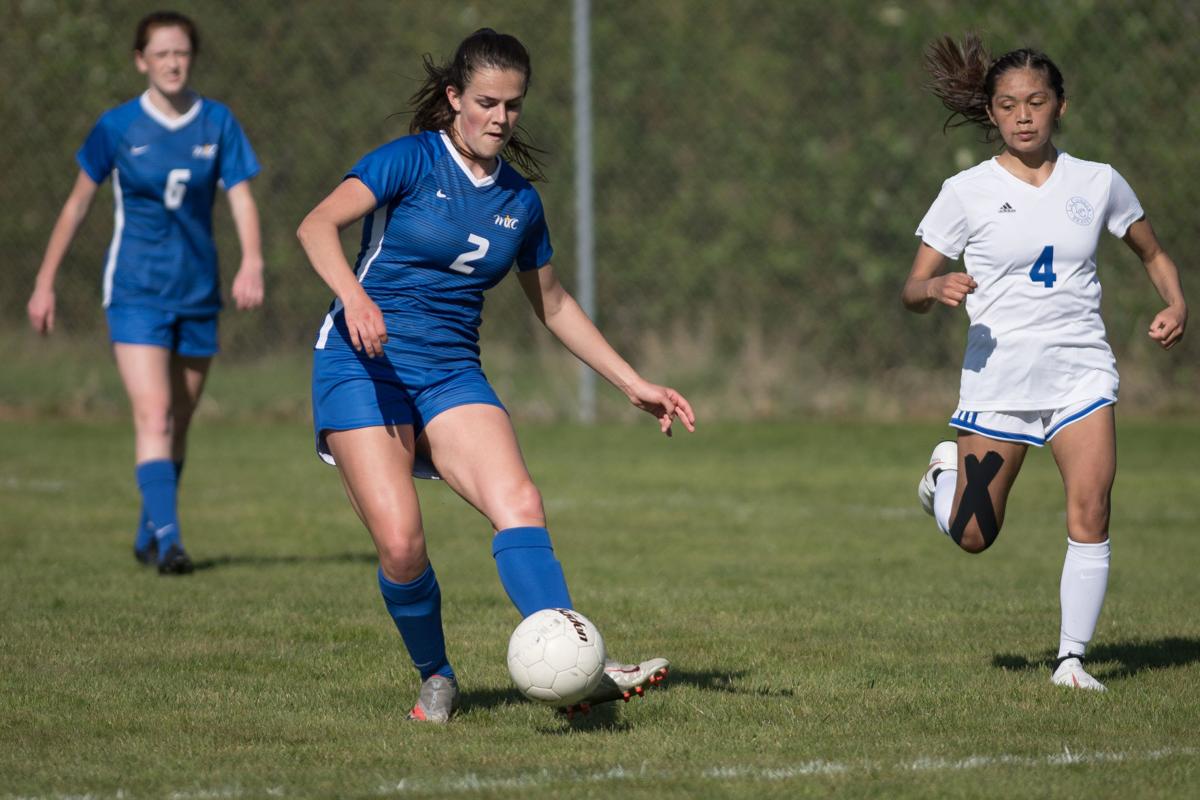 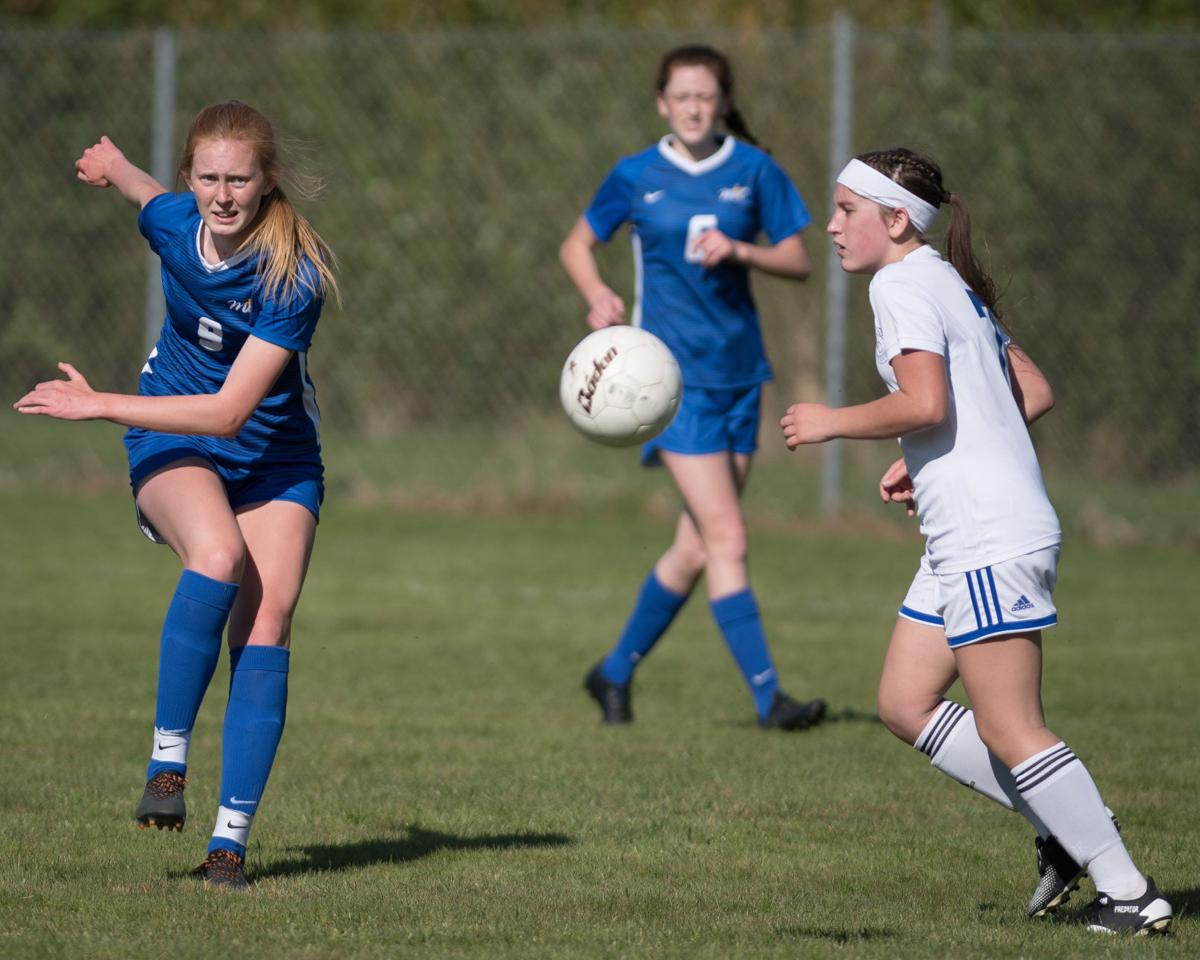 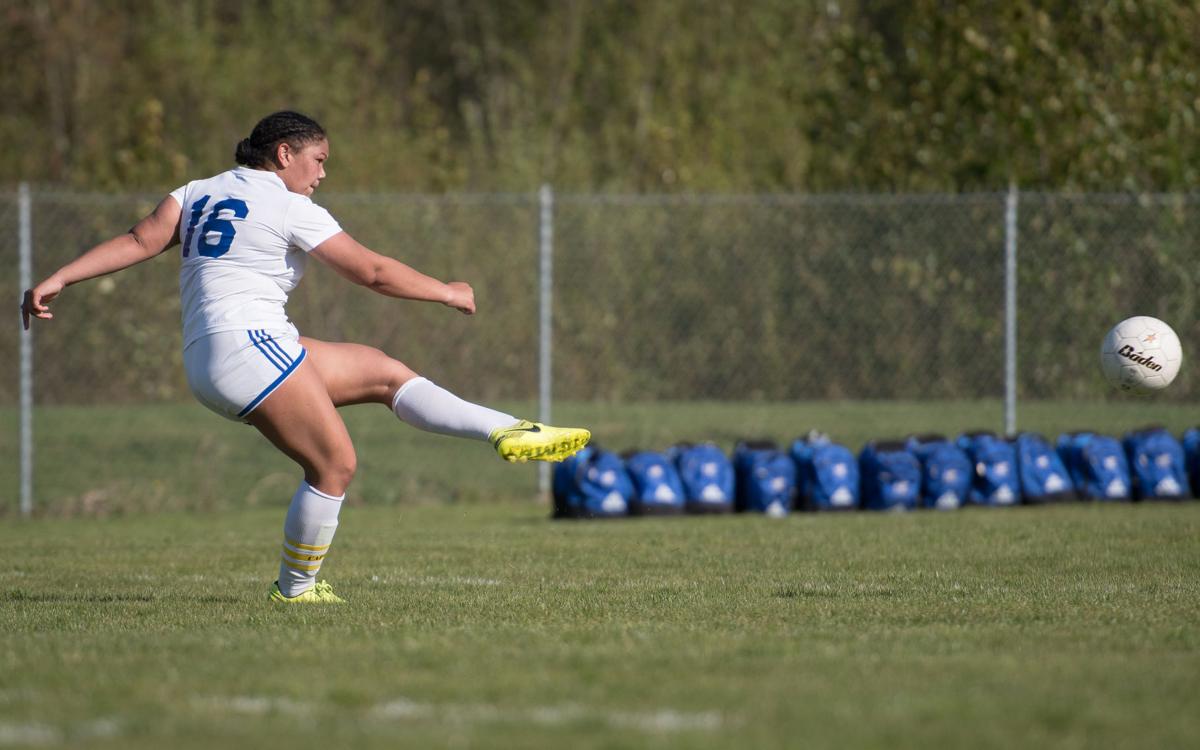 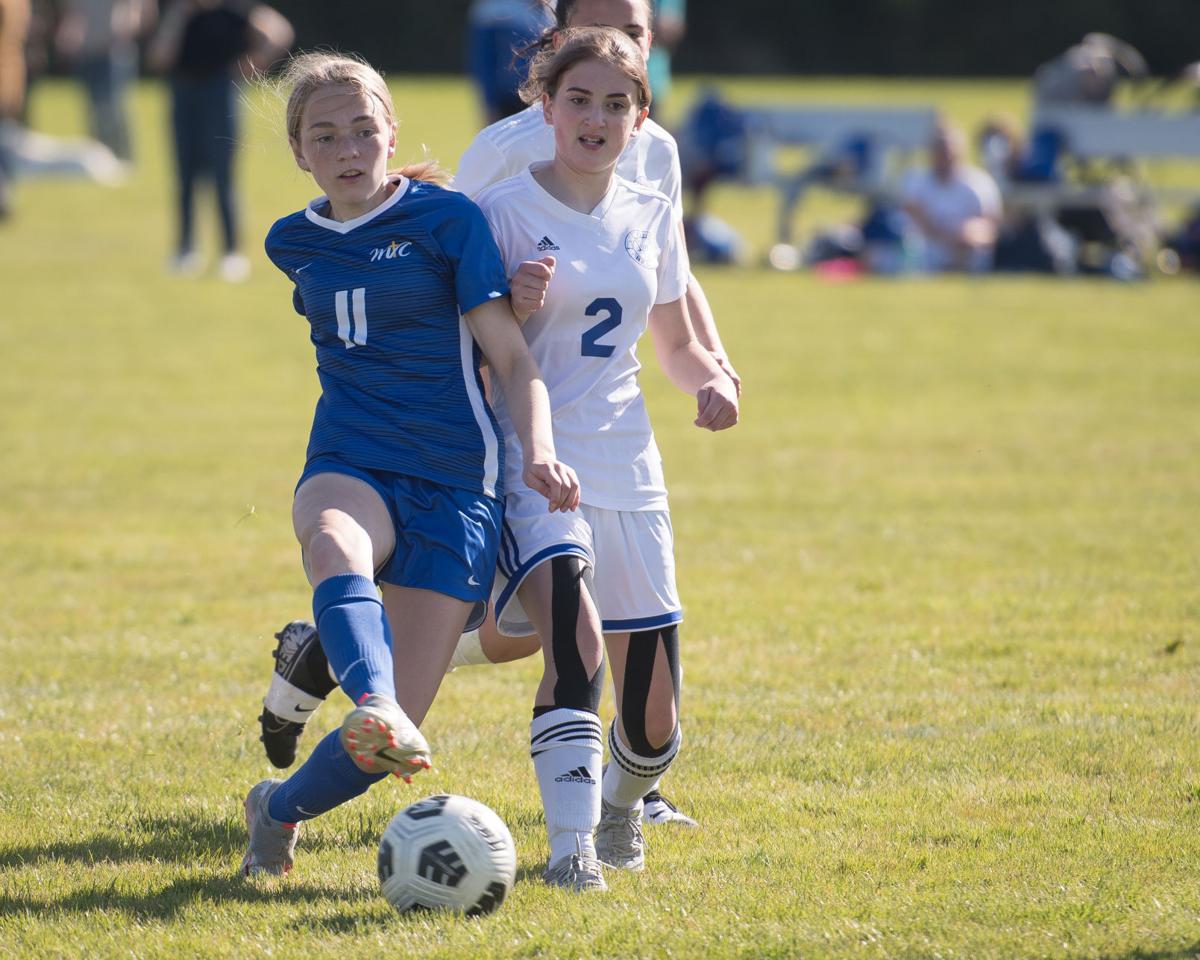 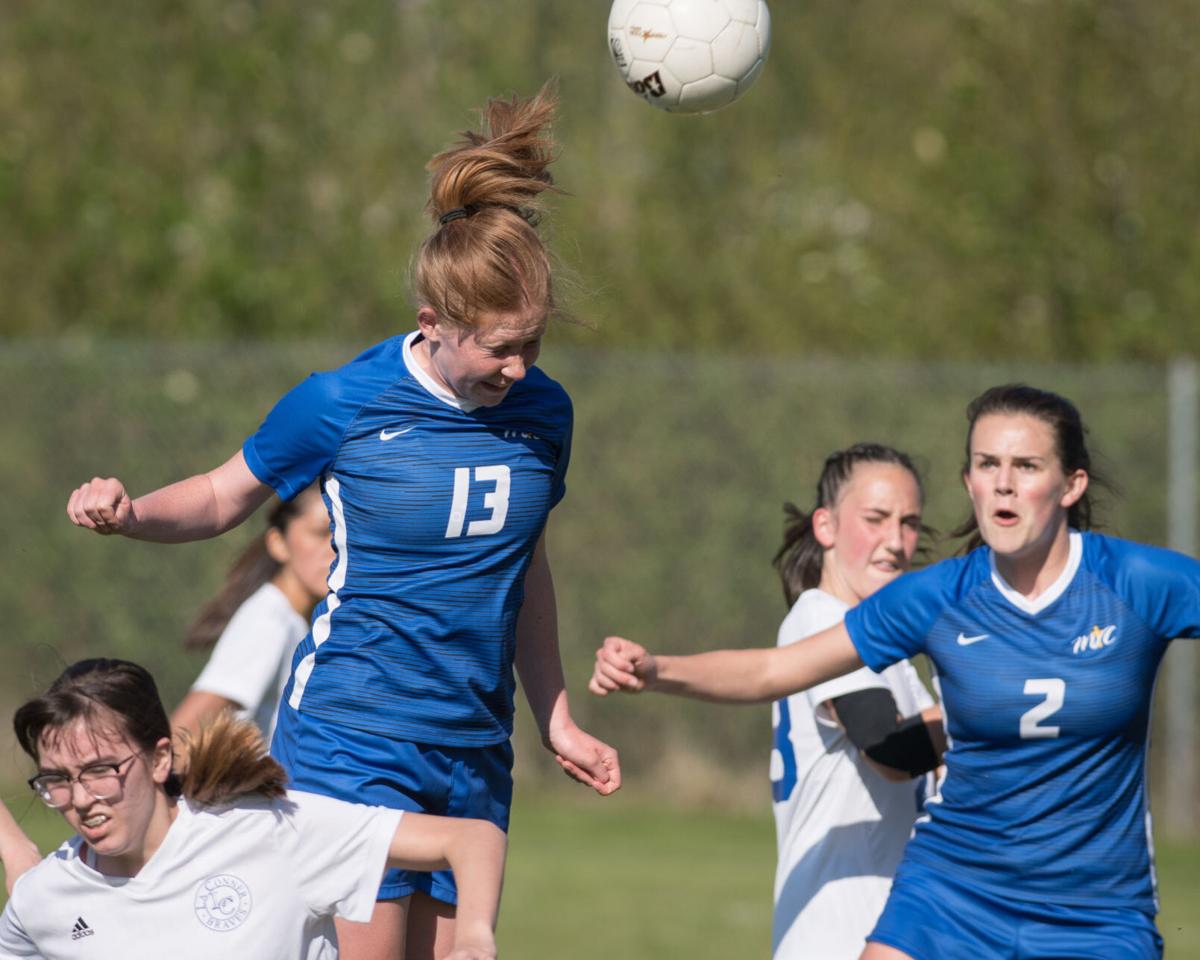 MOUNT VERNON — A few days after opening its season with a win, the Mount Vernon Christian girls' soccer team made it a streak.

Abby Russell scored four goals, eighth-grader Ruthie Rozema scored a hat trick and the Hurricanes beat La Conner 9-0 at home for their second win of the season. They also won their opener 9-0 over Coupeville.

"I felt we could have played better that first half and at halftime I challenged the girls to step up their urgency, physicality, patience in front of goal, and really begin to use our speed and movement. In that second half, the team answered that challenge and played a much better half in all aspects of the game," Hurricanes coach Mike Russell said.

He said Kylee Russell played well in the midfield. "She made things happen for us today," he said.

OAK HARBOR — For the second straight day, the Bulldogs beat the Wildcats, evening their record at 3-3.

"Both teams had a good night hitting the ball," said Mount Vernon coach Robert Cyr. "Playing the second game in as many days, both teams knew what to expect from each."

The Bulldogs outhit the Wildcats 21-10.

Olivia Collins got her second win in as many days and finished with nine strikeouts.

Sidnee Schuermann had a bases-clearing triple in the top of the seventh inning to stretch Mount Vernon's lead to eight runs.

BELLINGHAM — The Cubs split the double-header and with it, dropped their first game of the season, falling to 7-1.

Kiah Trammell went 3-for-8 with a two-run home run and tallied three RBI to go along with three runs scored. Madelyn Requa was 3-for-8 with two doubles, an RBI and three runs.

Inside the circle, Rileigh Yorke picked up her third win of the season in the second game, allowing five hits and one earned run with two strikeouts.

LYNDEN — The Seahawks improved to 5-3 with the road victory.

Staely Moore threw a complete game to push his record to 2-0. He didn't allow an earned run while striking out six and walking none.

From the plate, the Seahawks' Erik Dotzauer was 2-for-3 with an RBI and a triple. Joe Cutter was 2-for-3 and Jake Schuh had two RBI.

BLAINE — It took an extra frame for the Cubs (6-1) to secure the victory.

"It was just a tight, close game all the way through," said Sedro-Woolley coach Rob Davie. "Both teams played great defense."

The Cubs got two runs in the seventh inning and another pair in the top of the eighth to secure the win.

Owen Murdock got the start for the Cubs and went seven innings. Lane Aungst came on in relief in the extra inning.

"Aungst came in and did a great job just shutting them down in that last inning," Davie said.

The Cubs’ Abraham Bierl was 2-for-4 with a double and two RBI, and Colsen Friedrichs was 2-for-5 with an RBI.

BURLINGTON — Will Corcoran threw a complete-game two-hitter, Garner Christensen stole home and the Tigers won their fifth straight game to improve to 5-2.

"He had great command, threw a lot of strikes and had his off speed stuff dialed in. Will competed his tail off on a day we needed a great performance and he gave us one," Tigers coach John Thurmond said of Corcoran, who struck out seven batters and walked one.

LYNDEN — Taylor Saben and Trey Devery each had one hit as the Bulldogs dropped to 1-6 with the road loss.

BURLINGTON — Mount Vernon golfer Ashley Bruland was the top performer at Avalon's North Course with a 38 over nine holes.

Mount Vernon's Sara Pate placed fifth with a 48. Reagan Smith led Anacortes with a 10th-place finish (55). Summer Rozema and Chloe Brink of Burlington-Edison each shot a 56, as did Natalie Kesti of Sedro-Woolley.