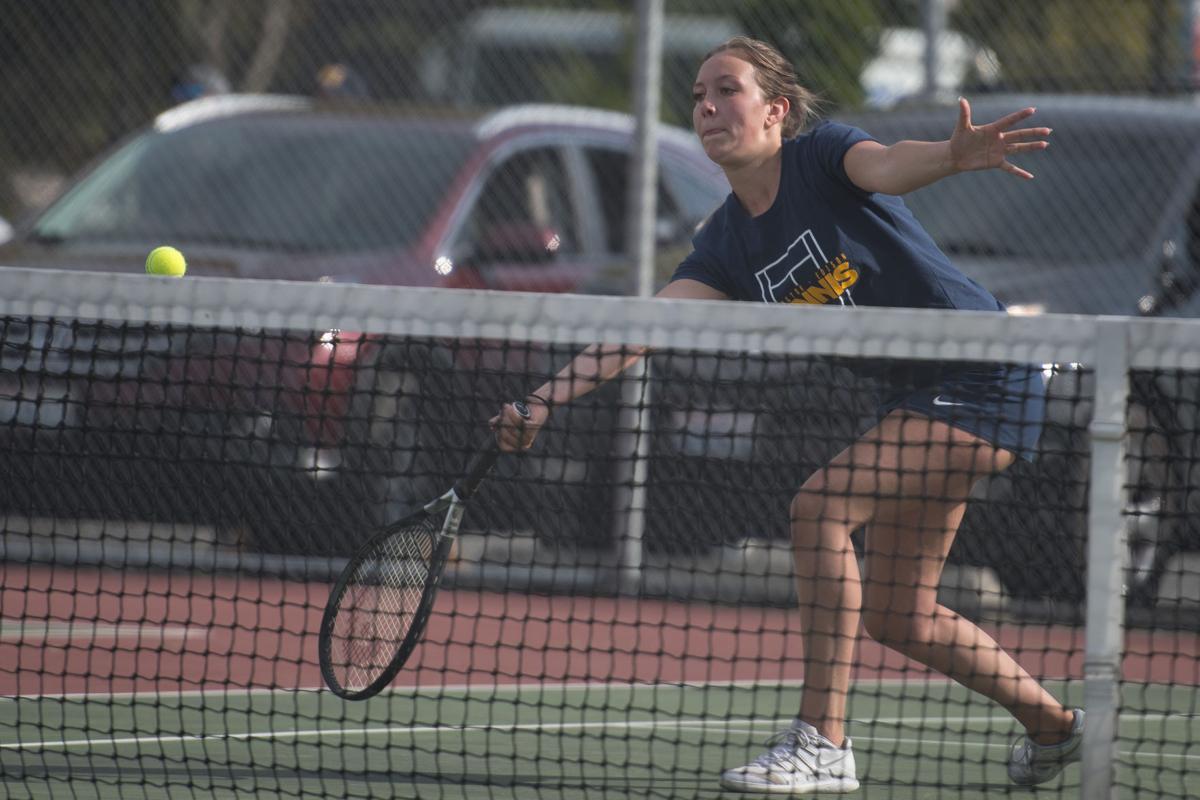 Burlington-Edison's Haleigh Peterson competes in a doubles match against Sehome on Wednesday in Burlington. Peterson and Kiersten Waldrop won 6-2, 6-1 at No. 1. 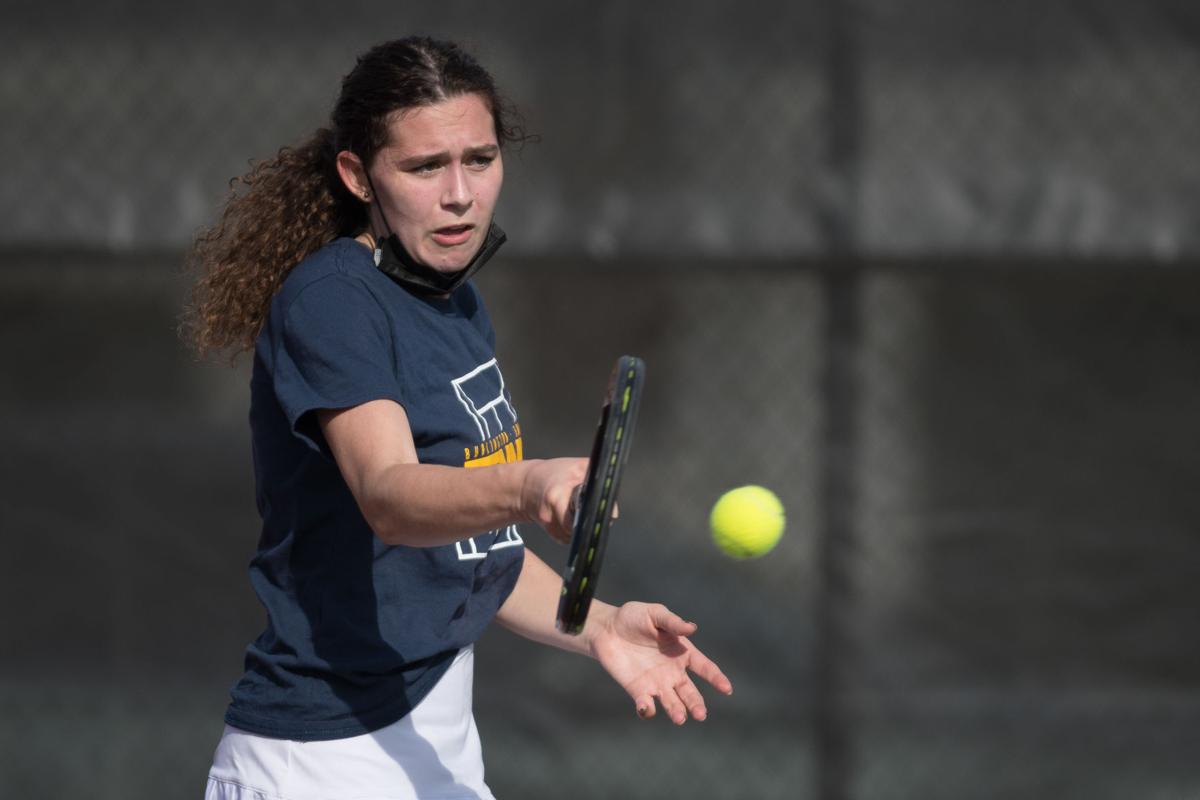 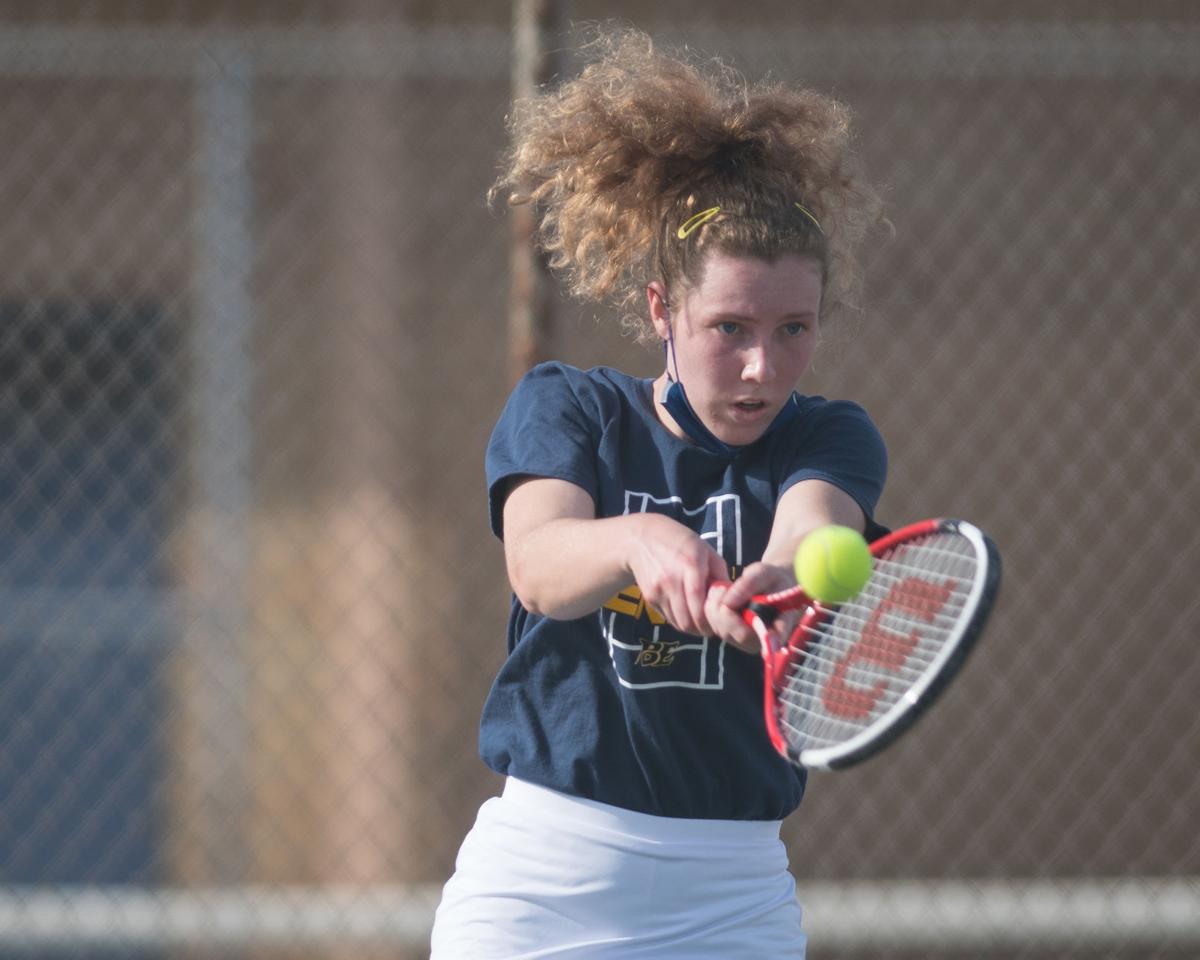 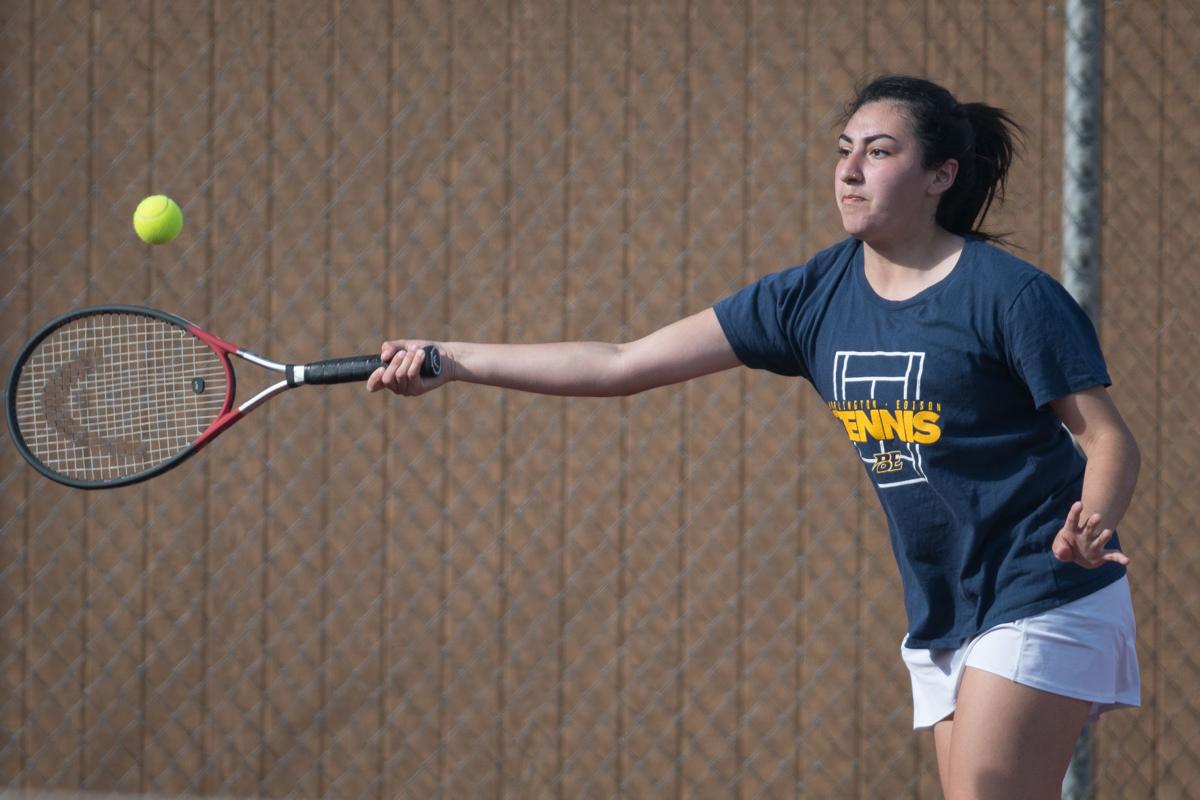 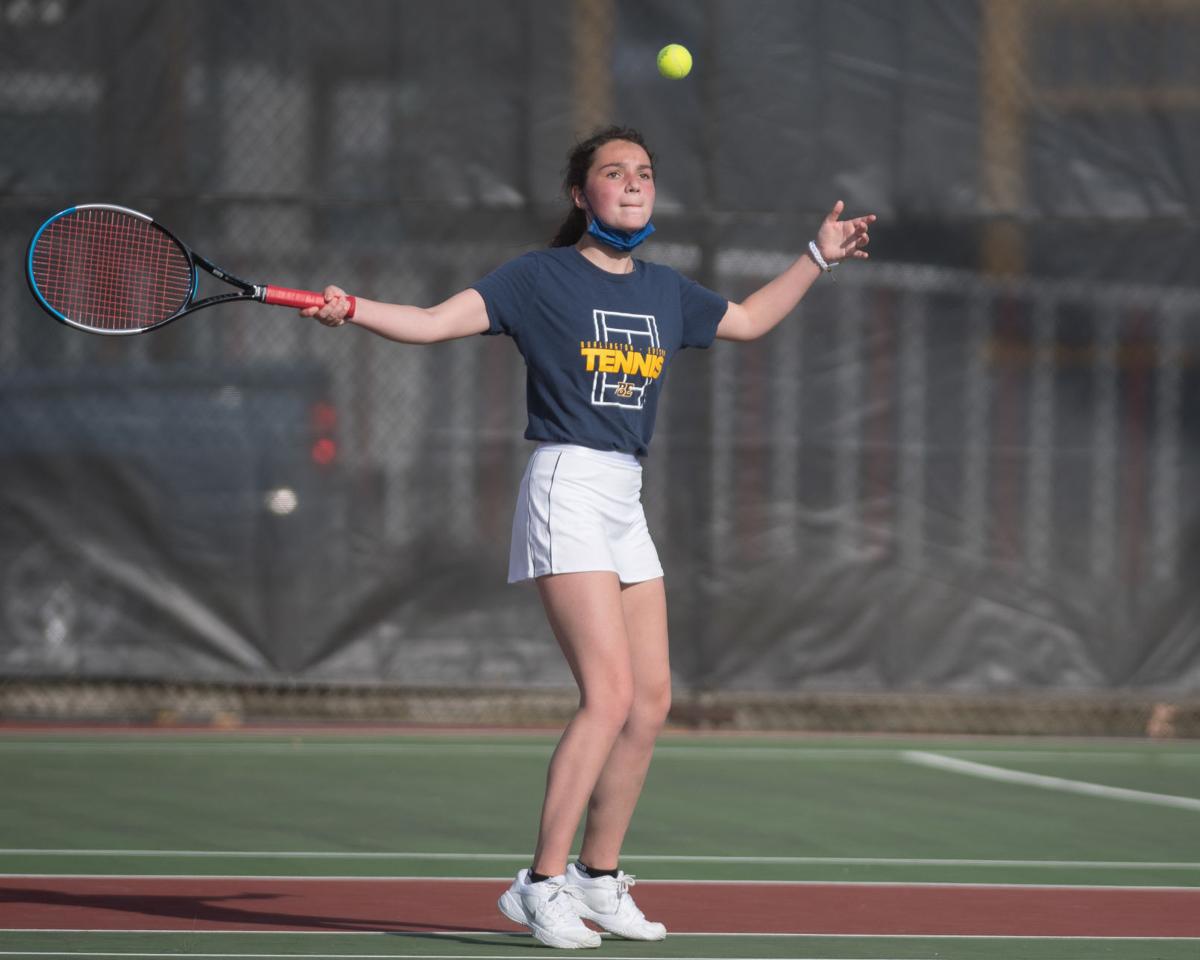 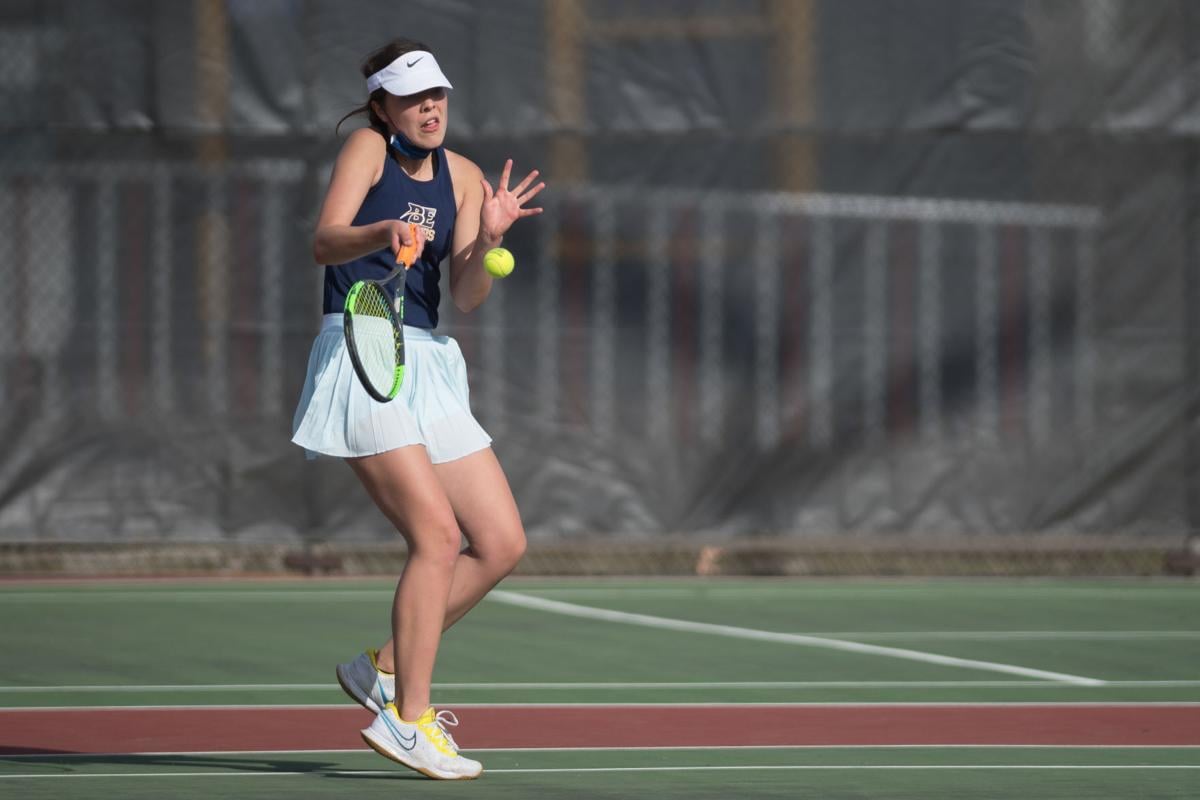 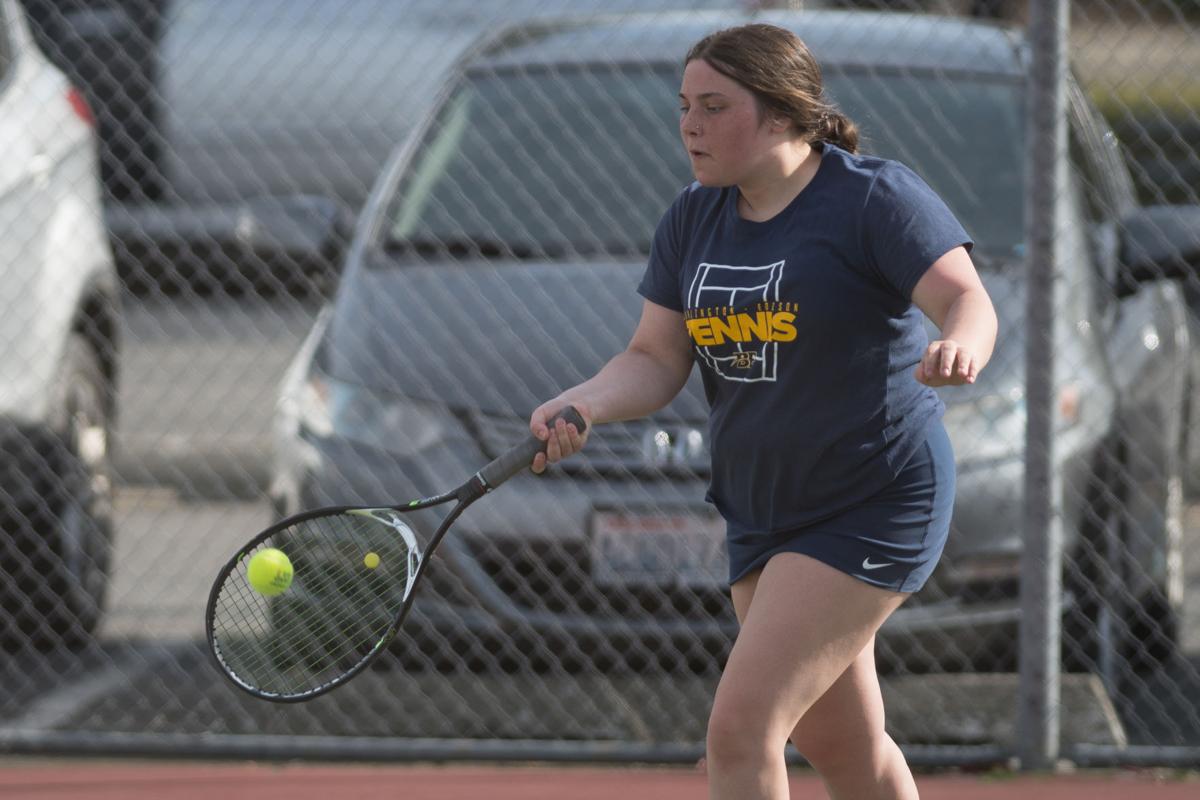 Burlington-Edison's Haleigh Peterson competes in a doubles match against Sehome on Wednesday in Burlington. Peterson and Kiersten Waldrop won 6-2, 6-1 at No. 1.

BURLINGTON — The Burlington-Edison High School girls' tennis team had a tough battle Wednesday with Sehome, but Tigers coach Joel Wasson liked a lot of what he saw.

Two Tigers doubles team won despite Sehome's 5-2 victory, and Wasson said each of the singles players bounced back to improve play after a 6-0 loss in the first set.

"Our doubles really put to practice the drills we have been working on. It's great to see things come together. The net play was fantastic and they used the lobs so effectively," Wasson said.

He said each singles player lost her first set 6-0, but came back for more competitive tennis.

"It would have been easy to fold after the rough start, but all of them worked hard and got better today," he said.

ANACORTES — The Seahawks lost the matchup, but Quin Coble and Sarah Weisz won at No. 2 and No. 3 singles.

"Anacortes played tough but came up short today with a few matches that could have gone the other way," Seahawks coach Elaina Meyers said.

OAK HARBOR — The Wildcats proved tough at home as they swept the Bulldogs.

"The No. 1 doubles team of Maddie Johnson and Zoe Hoover gave it their best swing, but after winning their first set, Oak Harbor pulled ahead and kept their lead to win the match," Mount Vernon coach Ellen Gray said. "It was a terrific match bringing out the best play in all the competitors."

LYNDEN — The Bulldogs served up a shutout at home, with Edgar Serrano and Angel Jimenez each notching a goal as Mount Vernon improved to 5-0.

ANACORTES —Adrian Garcia, Aiden Pinson and Lucas Hawkins each scored as the Seahawks improved to 2-3.

BELLINGHAM — A short-handed Cubs team lost and fell to 1-5.

"We had a handful of our starters out due to injuries and with lower numbers, that hurt us today," Cubs coach Natalie Sakuma said. "We pulled Parker Nelson up from JV and he played a great game for his varsity debut. It's tough when the team isn't on their A-game and you have so many starters out."

BOTHELL — Providence shut out the Braves to send La Conner to 1-2-1.

ANACORTES — Anacortes pitcher Riley Pirkle struck out 18 batters as the Seahawks evened their season record against the Tigers to 1-1.

"It was a matter of which team made the fewest mistakes. Both teams had good performances," Seahawks coach Tom Swapp said.

"Those three kids put the ball in play and lived on base for us," Swapp said.