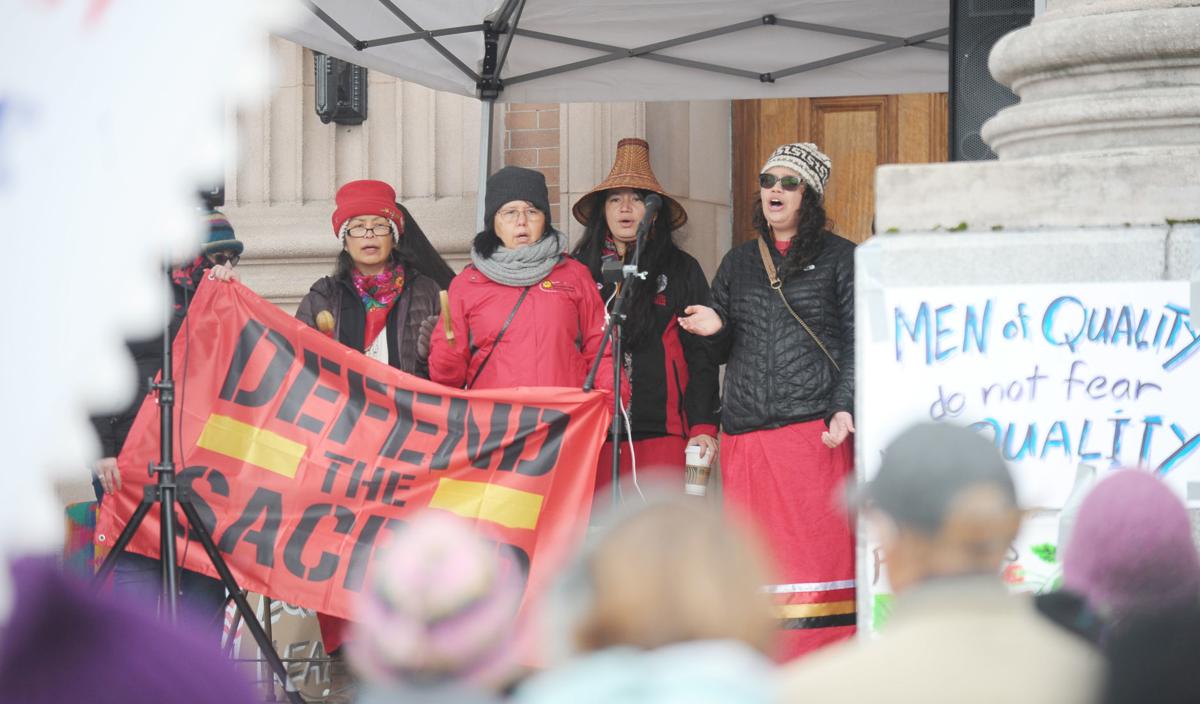 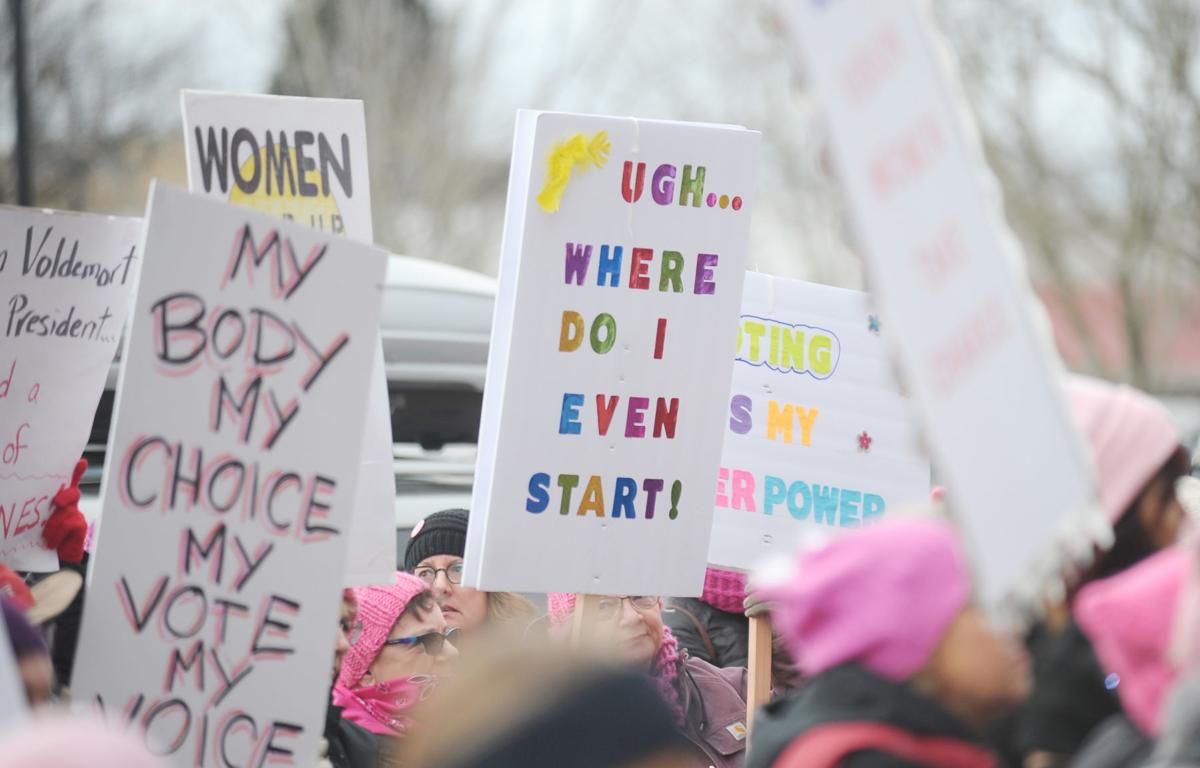 Signs are held up Saturday at the Women Rising 2020 march in Mount Vernon. 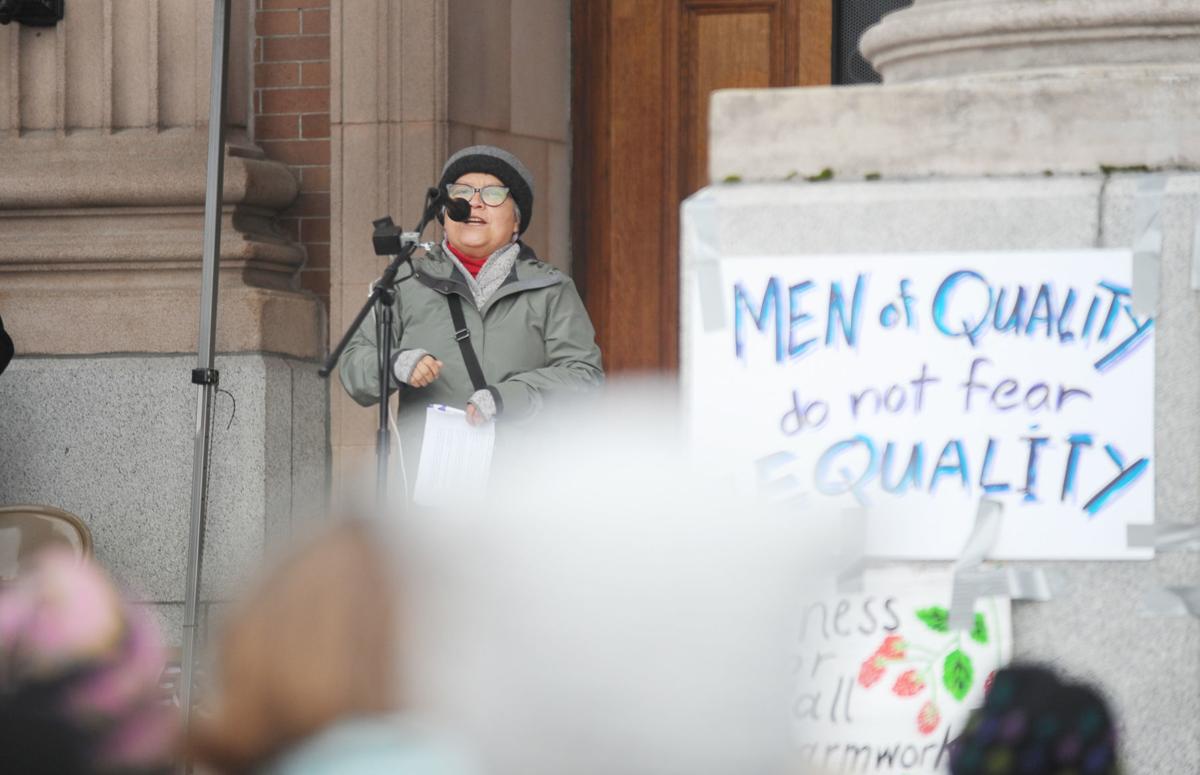 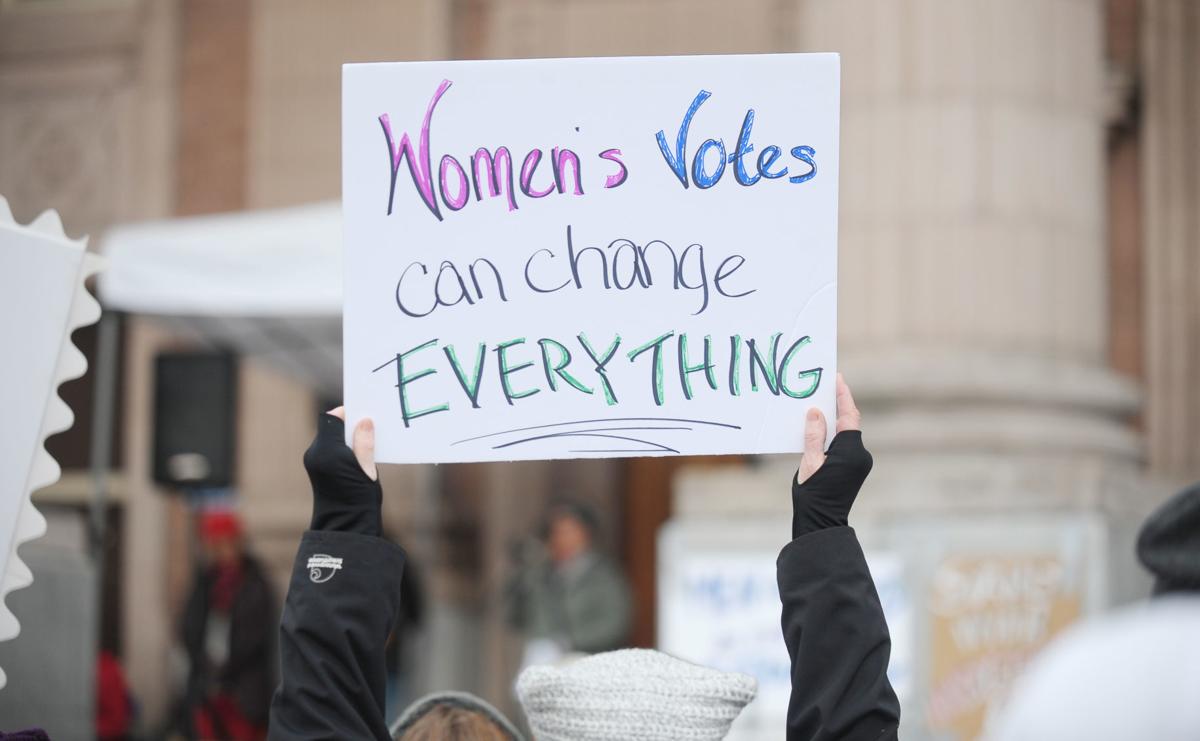 A sign is held up Saturday at the Women Rising 2020 march in Mount Vernon.

Signs are held up Saturday at the Women Rising 2020 march in Mount Vernon.

A sign is held up Saturday at the Women Rising 2020 march in Mount Vernon.

The event was held in conjunction with others throughout the country.

The Mount Vernon event began at the Skagit County Courthouse with guest speakers and concluded with a march through downtown.

Members of the Swinomish Indian Tribal Community played a significant role in the event.

Alana Quintasket led a blessing in both the tribe’s native Lushootseed language and in English, then members of the tribe sang a traditional tribal song.