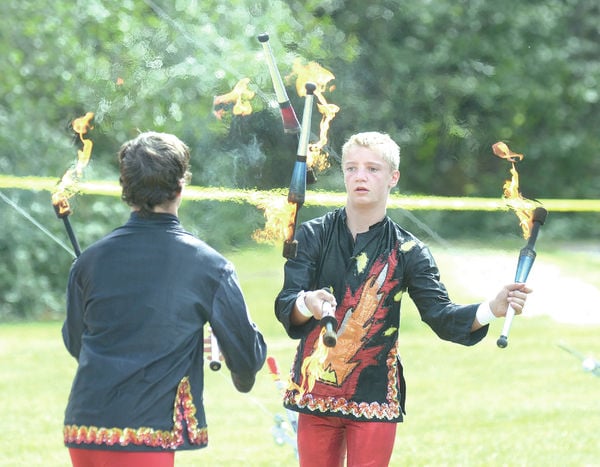 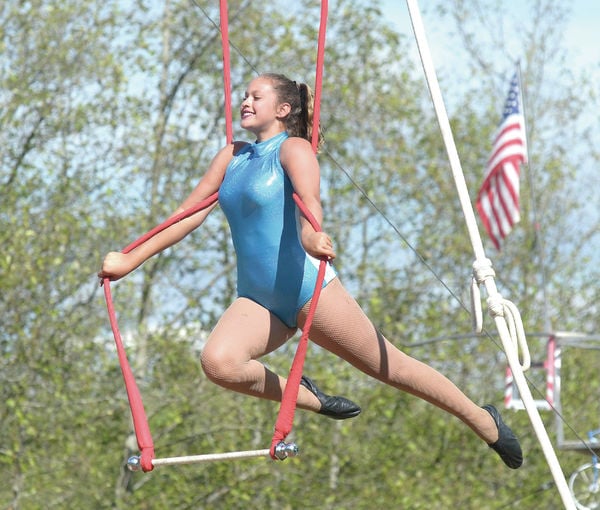 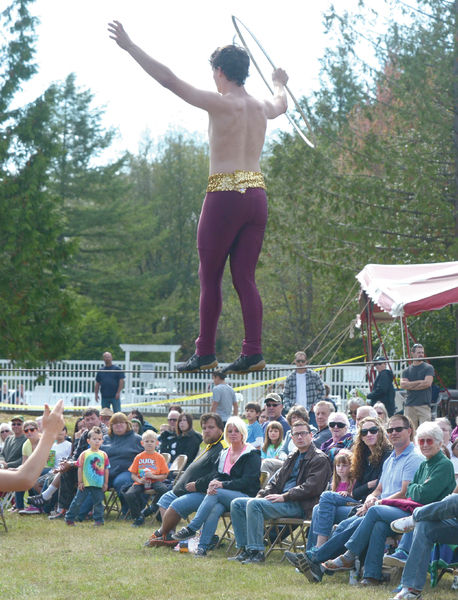 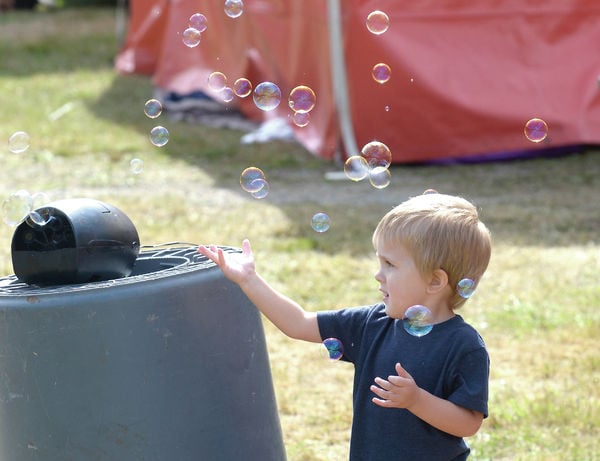 Performers with the Wenatchee Youth Circus jumped, bounded and swung their way across the ring Saturday in Bow during the final tour stop of the group’s 63rd season.

Mitchell Thacker and Tristyn Geren were two of a crew of three who performed a fire juggling demonstration. The act featured two performers juggling three torch-like sticks, while Thacker swallowed and spit fire.

“You just try not to hit anyone,” Geren said.

Thacker said during spring, members of the circus practice about eight hours a week. During the winter, they practice in the gym of a Wenatchee middle school.

However, even with hours of practice, accidents do happen on tour, Geren said.

In Edmonds earlier this summer, Thacker mistimed a throw during the fire juggling act, lighting a bit of Geren’s hair on fire.

“I was bending over to pick up my stick after I dropped it, and Mitchell’s (stick) hit me right in the head,” Geren said.

Abby Phipps, a performer and one of the ring mistresses of Saturday’s performance, said the audience’s reactions to their particularly dangerous tricks is part of what keeps her and her fellow performers involved in the show.

The frequency with which they practice creates a feeling of family that is hard to leave behind, she said.

Brandon Brown is one of the group’s six trainers, who all donate their time and expertise. Brown performed in the Wenatchee Youth Circus for nine years and has been a trainer for 10, he said.

“When we see the kids progress and improve, that’s our pay,” he said.

Brown said the kids choose which acts they want to perform in, and when they show an interest in something, the trainers teach them from the ground up.

“The circus becomes your family,” he said. “(When) I took a year off … I realized this is what I wanted to do.”