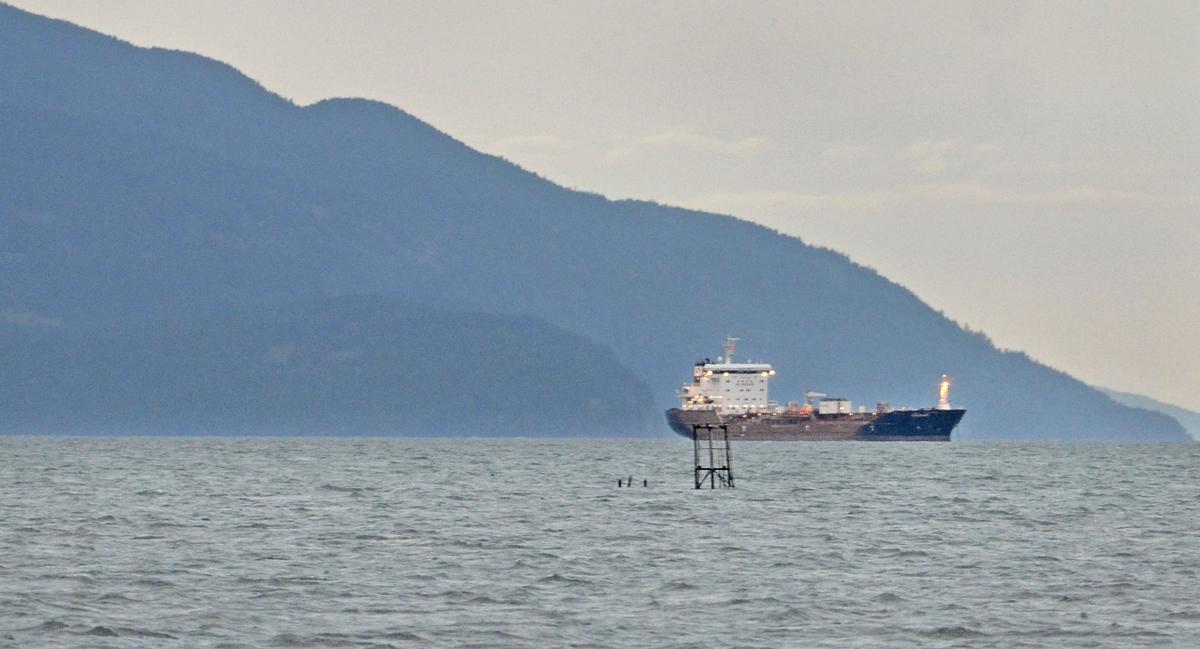 A tanker sits in the waters north of Samish Island in November 2016 as seen from Samish Bay. 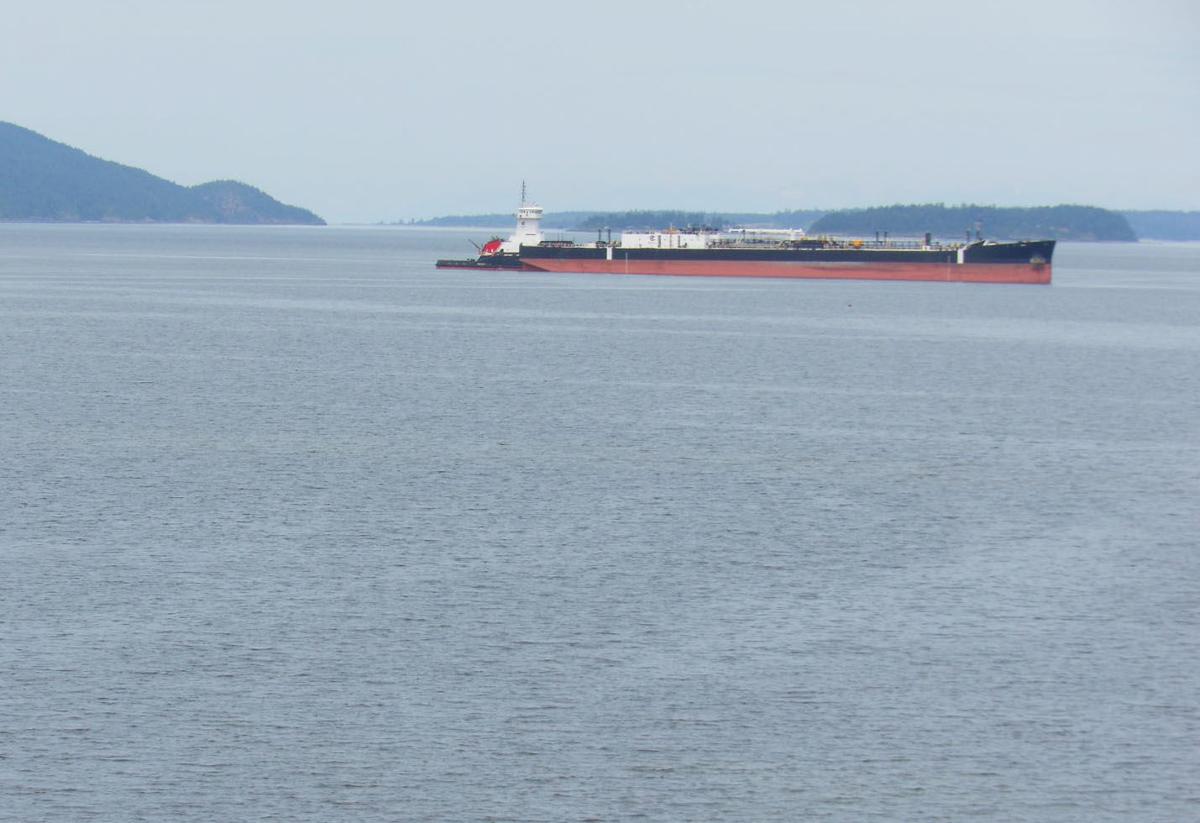 Craig Loveland, one of dozens of Samish Island residents who have submitted comments about a Coast Guard proposal to establish an official anchoring site to the north of the island's Williams Point, submitted this photo to show the proximity of the ship to his home.

A barge sits in Samish Bay, north of the western end of Samish Island, in 2012.

A tanker sits in the waters north of Samish Island in November 2016 as seen from Samish Bay.

Craig Loveland, one of dozens of Samish Island residents who have submitted comments about a Coast Guard proposal to establish an official anchoring site to the north of the island's Williams Point, submitted this photo to show the proximity of the ship to his home.

A barge sits in Samish Bay, north of the western end of Samish Island, in 2012.

A Coast Guard proposal to establish official sites for marine traffic to anchor in area waters has drawn the attention of dozens of Samish Island residents.

The Coast Guard is taking public comment on the proposal through Aug. 9.

Of 67 comments received as of Monday, the majority came from Samish Island residents.

Samish Island residents have repeatedly said large ships anchoring near their community bring light and sound that disrupts sleep and odors that make them feel ill.

“We of Samish Island fear that our health is being put at risk by these emissions which can only be coming from the ships at anchor,” said Michael Bart, who as a member of the volunteer Samish Island Fire Department has responded to various calls about smoke and odors likely related to anchored ships.

The Northwest Clean Air Agency received 26 reports in a single day in June regarding odors from an oil tanker in the area.

“Many of us are forced to go inside on a summers day, closing our windows and retreating from the beautiful place we call home,” Bart said.

Some residents said the use of the area by large ships has increased in recent years. Some ask the Coast Guard to consider requiring the ships to anchor two or more miles from the island to limit impacts on the waterfront community.

“Sometimes the lights are so bright that it seems searchlights are trained on my house and the low, rumbling engine noise at night along with the metallic sound of dropping and weighing anchors is very disruptive to sleep,” resident Craig Loveland said.

Resident Marnie Pennington said she was once awoken at 3 a.m. to a smell she believes was coming from a ship nearby.

“As a resident of Samish Island I am keenly aware of the growing barge and tanker traffic around us and feel the Salish Sea is suffering,” she said.

According to a Record of Environmental Consideration filed May 10, the Coast Guard has determined that its proposal does not require an environmental impact statement, or EIS, under the National Environmental Policy Act.

That’s because the proposal is not expected to increase vessel traffic in the area or the use of the sites, and therefore would not have significant impacts on the environment, wildlife and surrounding communities, according to the document.

With an increase in tanker, container and bulk vessel traffic in the region throughout the years, the Coast Guard has allowed some to anchor in unofficial areas in order to allow safe navigation, according to the document.

The Coast Guard now proposes making some of those areas official anchoring sites, clarifying rules for some and prohibiting anchoring at one site near Port Angeles.

“Establishment and management of these anchorages would enhance navigation safety and provide a more orderly movement of tanker, container and bulk cargo vessels,” the document states.

Because they are not designated, the sites are not included on nautical charts or subject to regulation, according to the Coast Guard.

Of the 15 sites included in the proposal, five are in the waters of northwest Skagit County near Samish, Guemes and Vendovi islands.

Two sites near Vendovi Island — to the north of Samish and Guemes islands — would be made available for deep draft commercial ships more than 200 feet long.

A site just north of Samish Island’s William Point would create an area for tug and barge ships to anchor.

Two sites near Jack Island northeast of Guemes Island would be available to tug, barge and commercial fishing boats less than 200 feet long to anchor for up to 10 days at a time.

The changes would give deep draft ships priority at certain anchorage sites sometimes occupied by smaller boats under existing conditions.

That could benefit threatened and endangered fish by reducing large ships’ use of shallow, sensitive habitat areas to anchor, according to the document.

The Coast Guard initially took public comment on the proposal from Feb. 10 through May 11, according to a notice in the Federal Register. On May 16, the Coast Guard extended the comment period through Aug. 9.