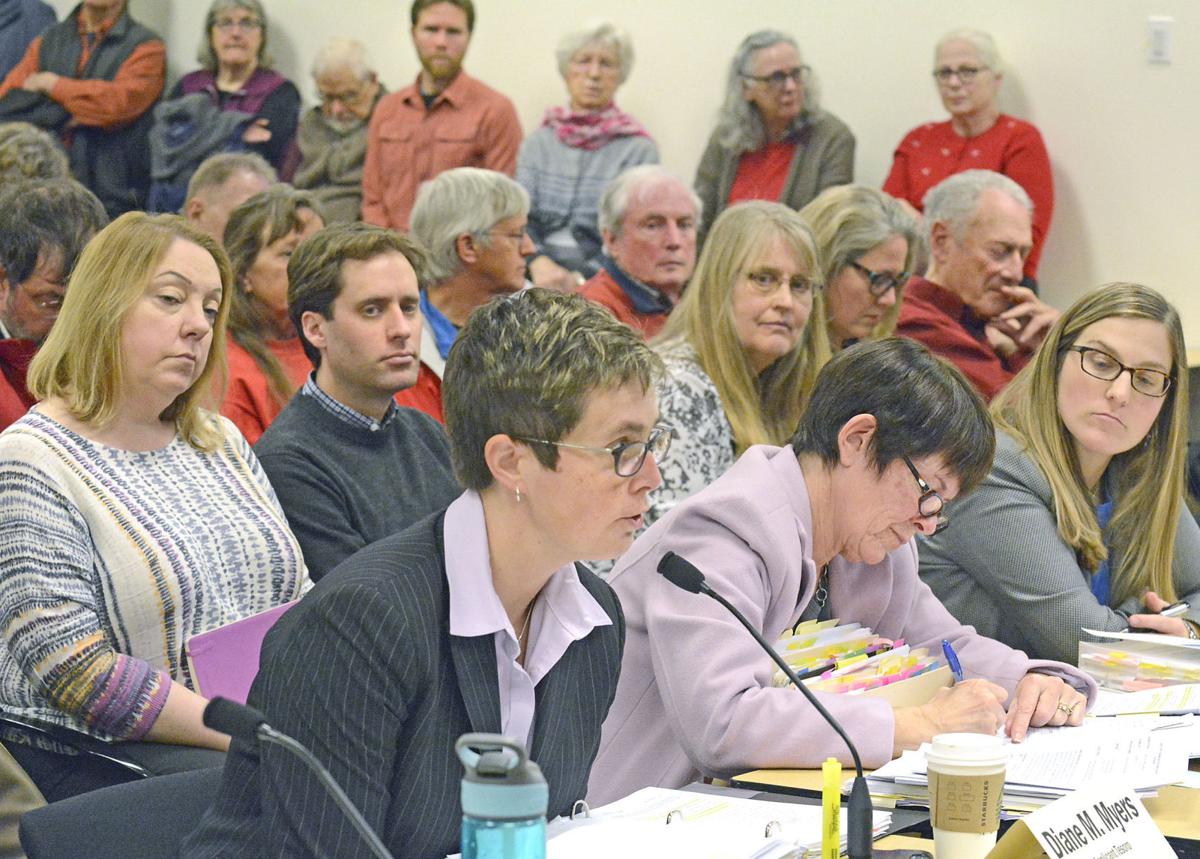 Members of the public listen as Diane Meyers, lawyer for Andeavor Anacortes Refinery, speaks on behalf of the refinery’s proposed project Tuesday during an appeal hearing in front of the Skagit County commissioners. 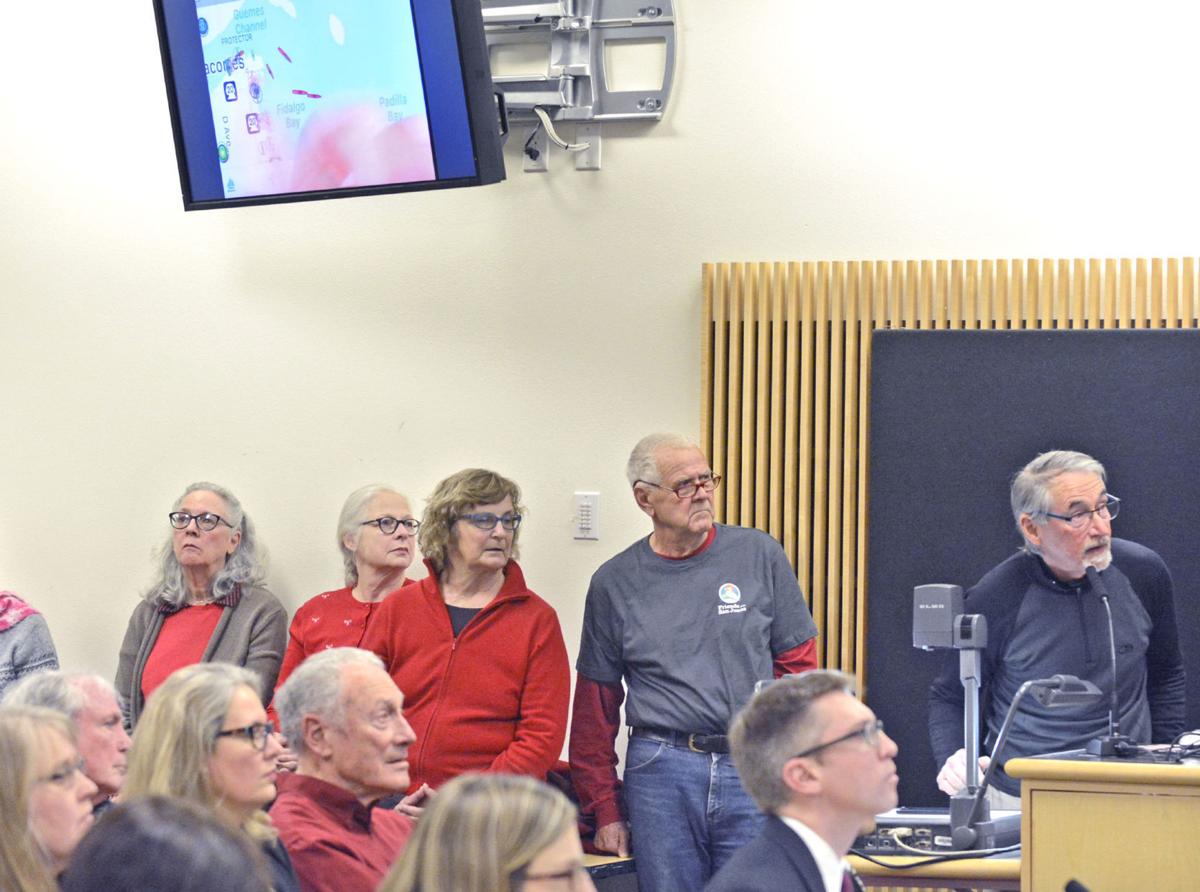 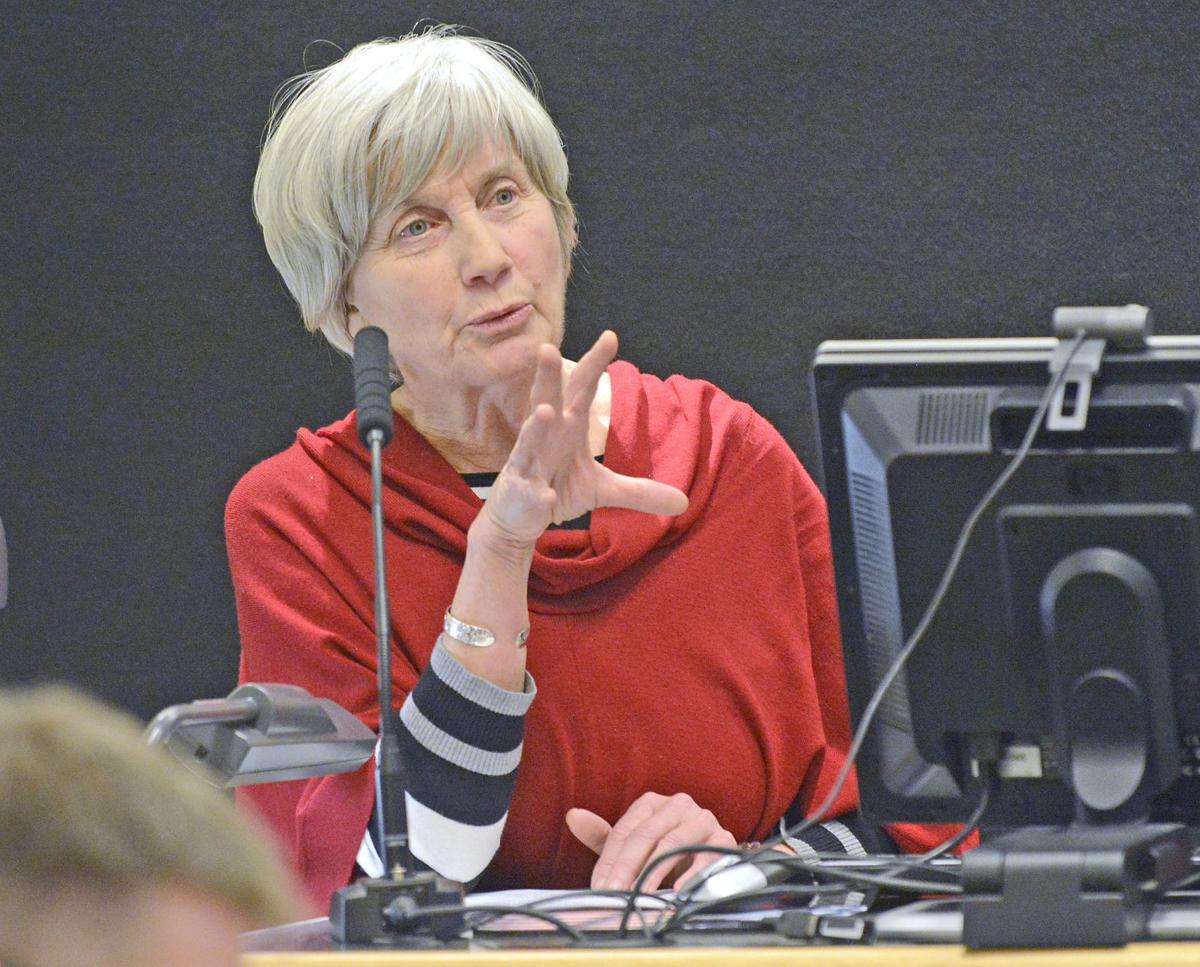 Nan Monk of Day Creek said it’s time to move away from fossil fuel jobs as she speaks Tuesday in support of the appeal of the Andeavor Anacortes Refinery’s permit. 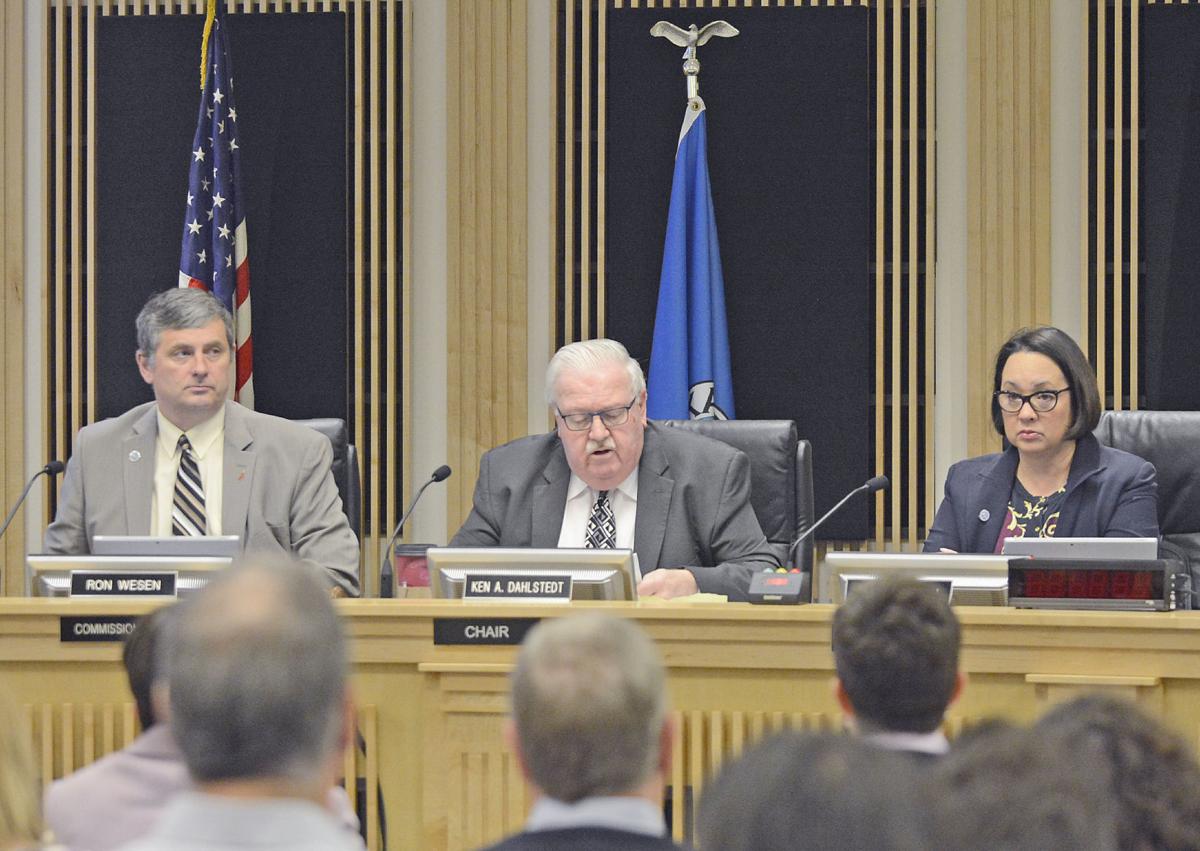 Skagit County Commissioners (from left) Ron Wesen, Ken Dahlstedt and Lisa Janicki are set to make a decision on the appeal of a permit for the Andeavor Anacortes Refinery's proposed project in March.

Members of the public listen as Diane Meyers, lawyer for Andeavor Anacortes Refinery, speaks on behalf of the refinery’s proposed project Tuesday during an appeal hearing in front of the Skagit County commissioners.

Nan Monk of Day Creek said it’s time to move away from fossil fuel jobs as she speaks Tuesday in support of the appeal of the Andeavor Anacortes Refinery’s permit.

Skagit County Commissioners (from left) Ron Wesen, Ken Dahlstedt and Lisa Janicki are set to make a decision on the appeal of a permit for the Andeavor Anacortes Refinery's proposed project in March.

MOUNT VERNON — The Skagit County Board of Commissioners on Tuesday heard testimony regarding a multimillion-dollar project proposed for the Andeavor Anacortes Refinery.

The hearing focused on the legality of a shoreline substantial development permit approved for the project.

The commissioners are considering whether Skagit County Hearing Examiner Wick Dufford made a mistake in approving the permit and whether he should have questioned the thoroughness of the Environmental Impact Statement, or EIS, when considering the permit.

They are set to make a decision March 9.

The issues came before the commissioners after a coalition of six area environment groups filed an appeal following Dufford’s approval of the permit in November.

The permit is for the refinery’s proposed Clean Products Upgrade Project.

The refinery at March Point — formerly operated as Tesoro — proposes upgrading and building new equipment to reduce sulfur in its fuels, as well as enable the extraction of the chemical compound xylene during the refining process for shipment to Asia.

During the appeal hearing Tuesday, lawyers representing the environment groups argued the EIS was inadequate and that a different kind of permit should be required for the project.

Chris Winter of Crag Law Center said shipping xylene from the refinery’s wharf in Anacortes would be a new use and therefore require a different kind of permit than the one Dufford approved.

He and Kyle Loring, a lawyer for Friends of the San Juans, also said the greenhouse gas emissions that would be released as a result of the project and the potential for a vessel spill were not accurately represented in the EIS.

They asked the commissioners to either remand the approved permit back to Dufford and request that he revisit the adequacy of the EIS, or that they rule more work needs to be done on the EIS.

Lawyers representing the refinery and Skagit County Planning and Development Services, which completed the EIS, argued Dufford made the correct determination.

Skagit County Deputy Prosecuting Attorney Julie Nicoll said the EIS is adequate, the appellants failed to present proof Dufford made a legal error in approving the permit, and any errors highlighted “are inconsequential and should be dismissed as harmless.”

“The planning department completed an exhaustive investigation of the proposal in the EIS under SEPA (the State Environmental Policy Act),” she said.

She and Andeavor lawyer Diane Meyers also said moving xylene to the wharf and onto vessels would not be a new use for the refinery.

“The transport of mixed xylenes is but a continuation of the longstanding transfer of petroleum products at the wharf,” Meyers said.

They asked the commissioners to dismiss the appeal.

The project has been divisive in the community since its inception.

Many community members have voiced concerns about the production and shipment of xylene, which would bring an additional five ships to the refinery each month. They say increased vessel traffic in the area could impact endangered southern resident orca whales and increase the potential for a spill.

Others have said they are eager to see jobs and economic benefits the project could bring.

Those issues were again raised during the appeal hearing, which was standing room only. Many wore red in solidarity with the environment groups behind the appeal.

Sally Stapp, whose family has lived on Guemes Island for generations, said she has seen tanker traffic in the area increase dramatically over the years and she worries about the impact a spill would have.

“When a tanker passed my granddad’s house in the 1950s it was a rare event. Now it’s difficult for tourists to get a picture of Mount Baker without tankers spoiling the scene,” she said.

Two people spoke to the economic value of the refinery.

“I understand that some discount the economic angle, but there is a direct correlation between employment and the reduction of poverty,” Mount Vernon Chamber of Commerce President Andy Mayer said, adding that the refinery project is expected to provide 20 full-time jobs. “This project has the full support of the chamber.”

“I’m here on behalf of the environment ... and the energy transition I feel needs to be talked about by our community and our commissioners,” she said. “I think now is the time to ask ourselves: How do we change this on a local level? ... Why can’t we have wind generators being manufactured here, and solar panels?”