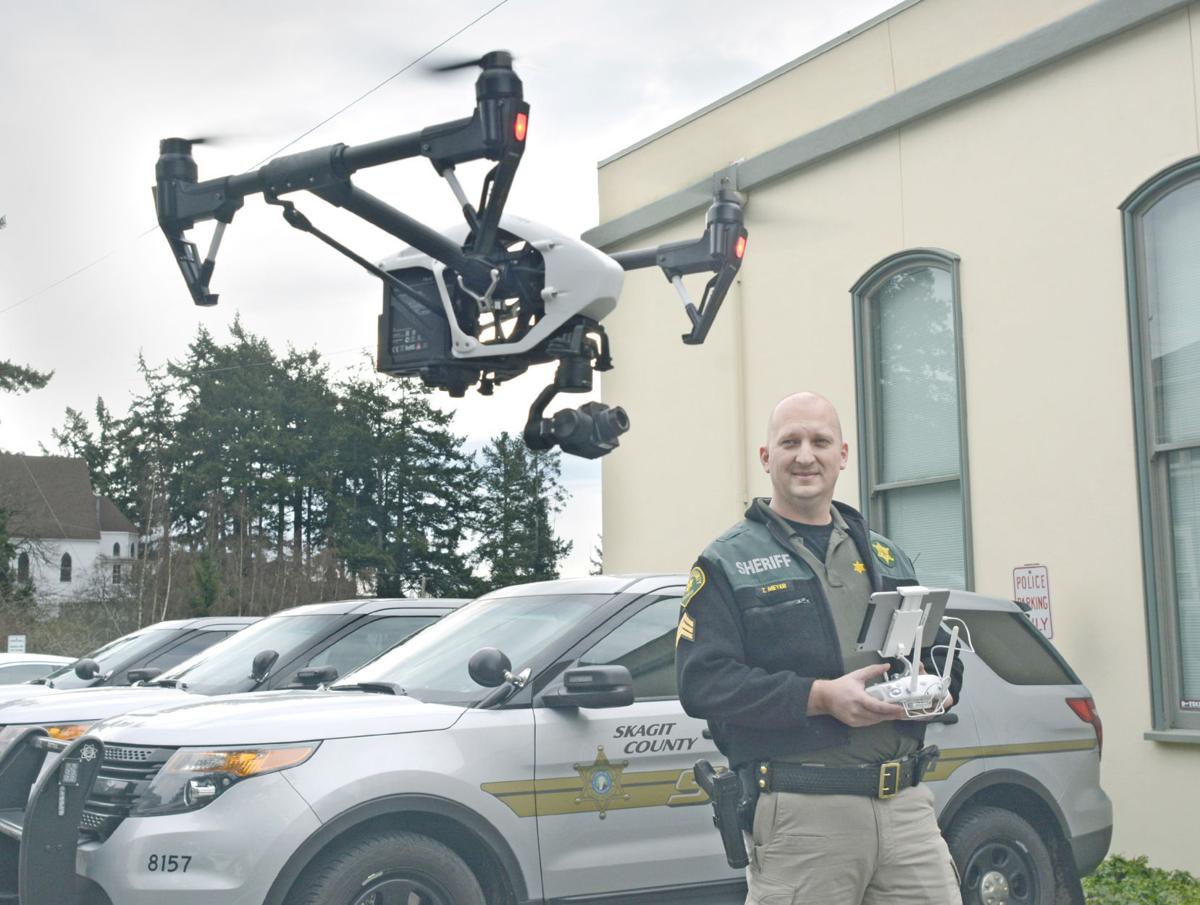 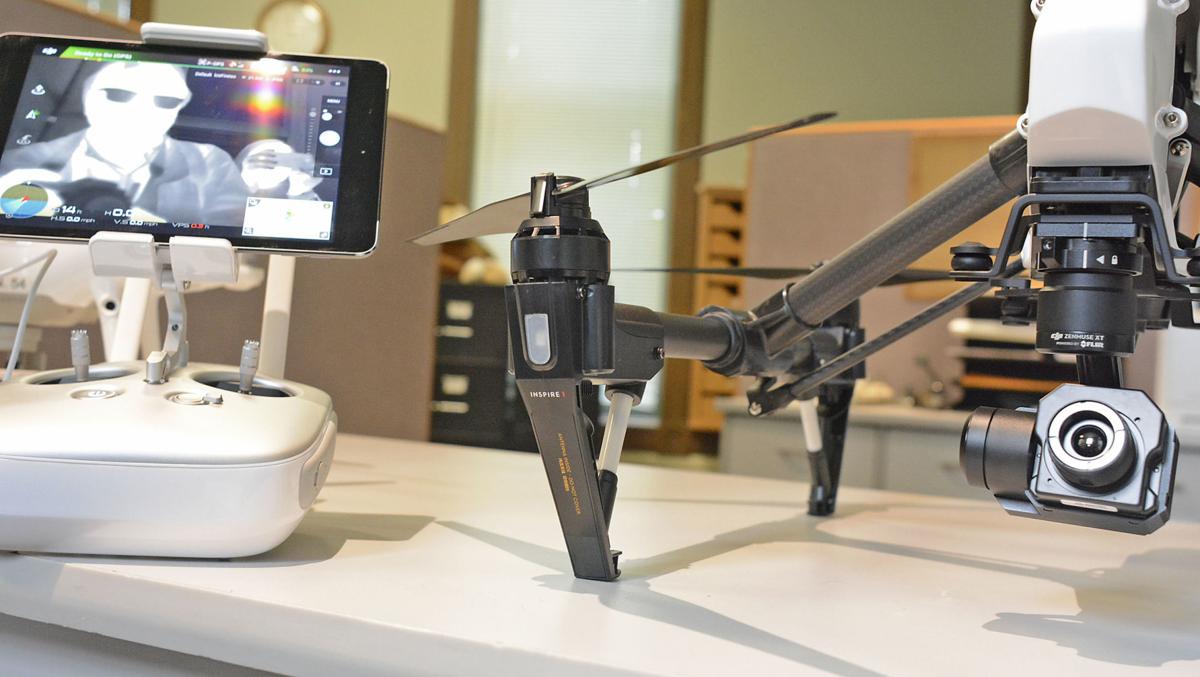 One of the new drones has a heat-sensitive camera. 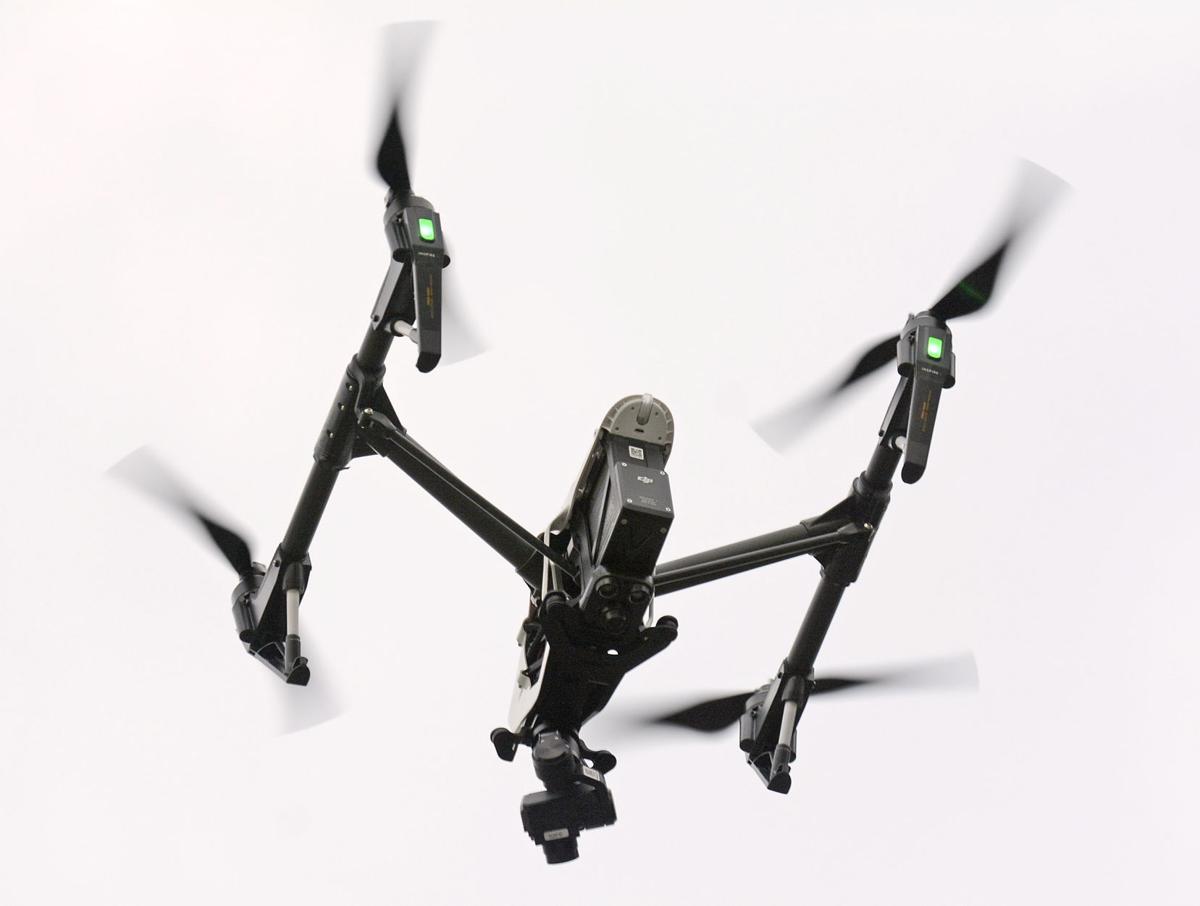 One of the new drones has a heat-sensitive camera.

“They’re a useful tool to keep our officers safe,” said Sgt. Tobin Meyer, the deputy in charge of the new unit. “Keep the public safe.”

The drones will be used mostly for search and rescue operations, said Meyer, who is the first Skagit County deputy licensed by the Federal Aviation Administration to operate the drones.

“Rather than send the climbers down in harm’s way, that machine can fly from the safety of the parking lot,” Sheriff Will Reichardt said. “I think that technology is one of the ways of the future and the way law enforcement will do business.”

The Sheriff’s Office purchased the drones — two smaller ones for daytime use and one larger one with the ability to be used at night — a few months ago, Meyer said.

“We can literally get into the weeds with these,” he said.

The smaller drones cost about $2,000 each, Meyer said.

The larger drone cost about $11,000, including about $8,000 in camera capabilities such as adjustable heat sensors and night vision, Meyer said.

“I am convinced this particular unit is going to save lives,” Meyer said.

In the unit’s first four days of operation, Meyer said the machines were used twice: once for a search and rescue mission on Mount Erie and once to survey the site of a rockslide on Rosario Road.

While the drones will be used primarily for search and rescue operations, they can also be used to help apprehend suspects, Reichardt said.

“Some people equate them to a high-tech K-9,” Reichardt said of the units that include dogs. “I don’t think they’ll ever replace K-9s, but they’re a different tool, a different technology that can help us, if used properly.”

For example, instead of calling for a helicopter, which is costly and can be dangerous, the Sheriff’s Office could deploy the drones to locate potentially dangerous suspects.

“I’d rather have someone take a shot at this than at an officer,” Meyer said.

The department cannot use the drones for unlawful surveillance, he said.

“This is a police officer in the air,” Meyer said. “I can’t violate your Fourth Amendment rights. These are exactly the same as a manned police helicopter.”

The drones, and their pilots, must be registered and licensed by the FAA, Meyer said, and must be used in a lawful fashion — meaning they must operate under the same rules and regulations as the deputies who control them.

“Those are legitimate concerns and we’re conscious of that,” Reichardt said. “We pay scrupulous attention to not violating everyone’s privacy without getting a warrant. Safety is also paramount. There’s rules restricting where these vehicles can fly.”

By mid-February, Meyer said the Sheriff’s Office hopes to have seven deputies licensed to operate the drones, which would give the department the ability to use them any time on any day of the week.

“We want to see how much we can use them in routine business,” Reichardt said.

For Meyer, who has been a drone hobbyist for the past several years, exploring what the drones can do for law enforcement is exciting.

“To get to come to work and do your hobby is a dream,” Meyer said. “Getting to do this is an absolute delight.”