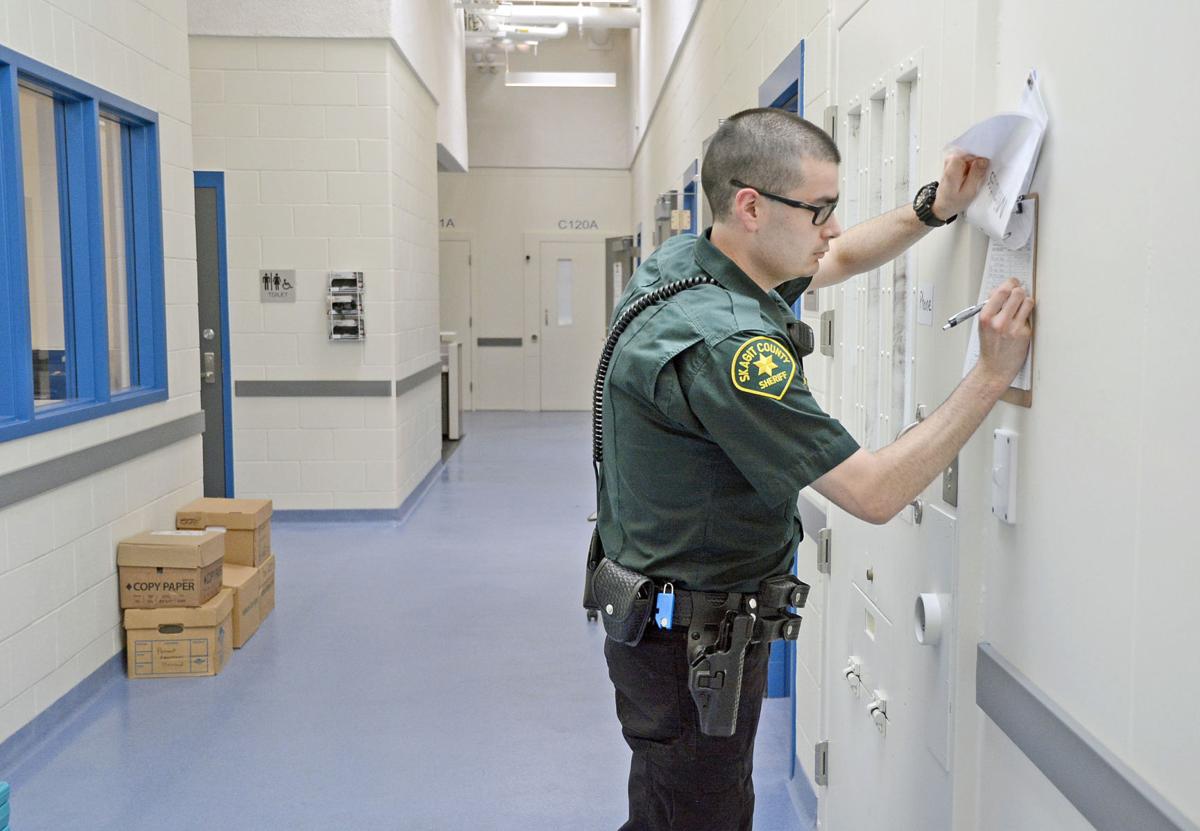 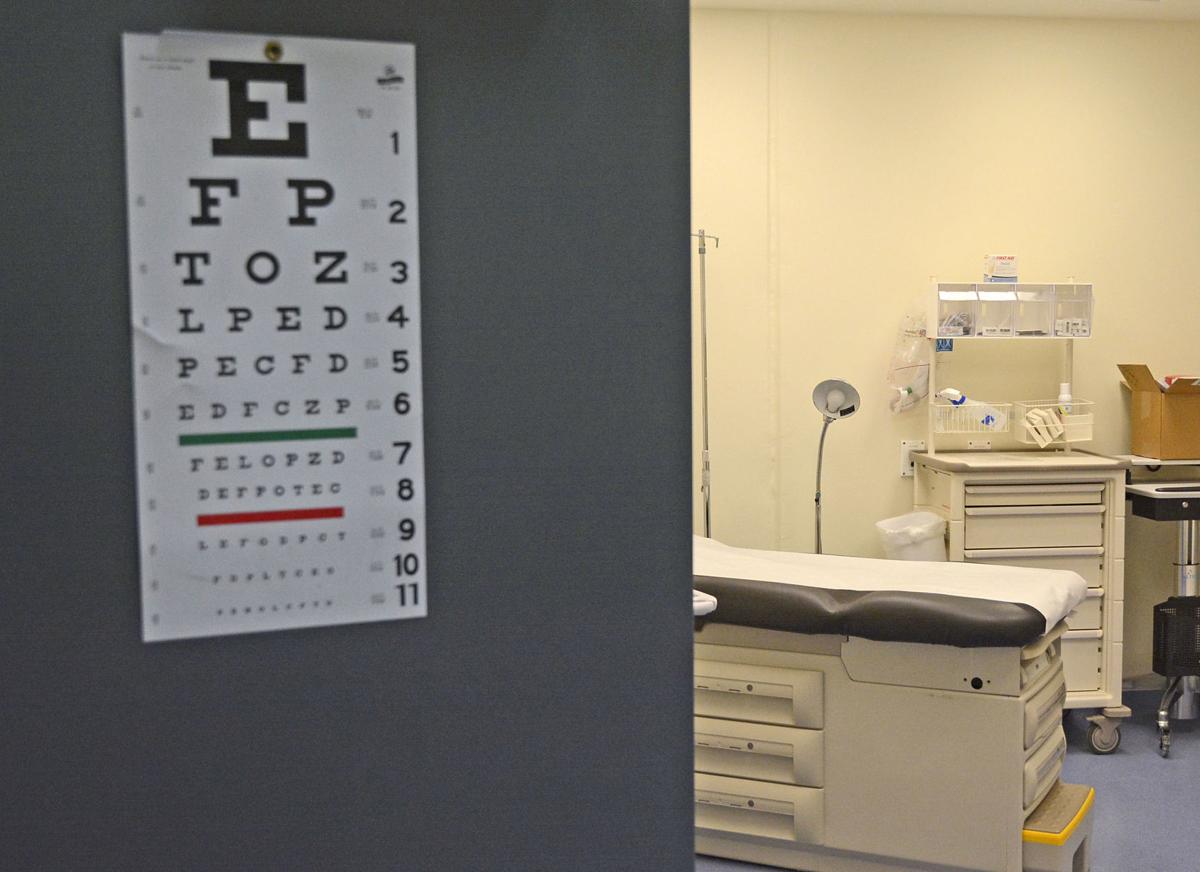 The jail's examination rooms enable caregivers to administer treatment for opioid use disorder.

The jail's examination rooms enable caregivers to administer treatment for opioid use disorder.

This is the first time a joint community and jail methadone program has been implemented in the county since at least 1999, Corrections Lt. Deanna Randall Secrest said.

The contract between didgwálič and NaphCare, the jail’s health care provider, was signed May 24.

“Working with community clinics is a tremendous benefit to patients,” said Brad McLane, chief of operations for administration at NaphCare. “The alternative is corrections has to transport inmates outside the jail to receive services, and there are risks and costs involved in that.”

In Skagit County, between one to four inmates per week receive medication-assisted treatment, which combines behavioral therapies and medications, Chief of Corrections Don Marlow said.

Though no inmates have yet received methadone treatment through the new program, everything is in place, said didgwálič CEO John Stephens.

“I’m glad we were able to work something out with didgwálič and start the program,” Randall Secrest said. “We’re trying to make people healthy while they’re here.”

Based in Anacortes, didgwálič is the largest medication-assisted treatment facility north of Snohomish County, Stephens said.

According to the National Institute on Drug Abuse, medication-assisted treatment increases patient retention and decreases drug use, infectious disease transmission and criminal activity.

In 2016, opioids were responsible for 42,000 deaths nationwide, more than any year on record, according to the Centers for Disease Control and Prevention. The CDC lists treating opioid use disorder as one of the best ways to prevent overdose deaths.

Skagit County is following that recommendation.

Methadone works by inhibiting opioid receptors in the brain, reducing withdrawal symptoms and minimizing opioid cravings by inhibiting the effects of opioids, according to the Substance Abuse and Mental Health Services Administration.

Once booked into jail, inmates are screened to determine whether they fit into treatment programs, Marlow said.

From there, inmates may be maintained on an established program, started on a new program that can be maintained once they leave the jail or are given a medication to help them get through withdrawal, jail correctional health manager Amy Tidrington said.

“To us, substance use disorder is a disease and we treat it like any other disease,” she said.

If an inmate is determined to need methadone, a nurse from didgwálič’s registered opioid treatment program will come to the jail to administer the medication. By law, methadone can only be dispensed through a program certified by the Substance Abuse and Mental Health Services Administration.

The medication is taken once a day for a recommended minimum of 12 months, according to the National Institute on Drug Abuse.

Contracting with didgwálič and NaphCare has allowed the jail to expand its services.

At the old jail, Marlow said opioid treatment was offered in various forms depending on the medical provider.

Sometimes buprenorphine — another drug used to treat opioid dependence — was used and other times only comfort medications were provided to lessen withdrawal symptoms, which can take the form of nausea, vomiting and diarrhea.

However, comfort medications aren’t always sufficient to get people through the severity of withdrawal. If left untreated, those undergoing withdrawal can die from dehydration.

In response to a growing concern over traditional opiate detox protocol, NaphCare has implemented a five-day, supervised withdrawal policy using buprenorphine at 11 of the 25 jails where it manages health care, including in Skagit County, according to a NaphCare document.

Skagit County’s jail has expanded that policy to treat not only withdrawal, but addiction itself.

“Skagit County is unique in that they requested NaphCare also maintain patients on their community established (treatment programs),” said Brad Cain, chief legal officer of NaphCare. “Most jails do not wish to do that. So, if a patient come into the Skagit jail already on buprenorphine or methadone, we may keep them on it if medically appropriate.”

While incarcerated, inmates are also provided with education and connections to outside providers, such as didgwálič, Ideal Option and Catholic Community Services, Tidrington said.

“Just giving patients medications in jail and then sending them out into the same environment where they were abusing probably won’t work,” McLane said. “The ultimate goal is connecting them to care before they leave the jail.”

This is just the beginning, Marlow said.

“We want to be that place where people say, ‘Ooh, look what Skagit is doing,’” he said.