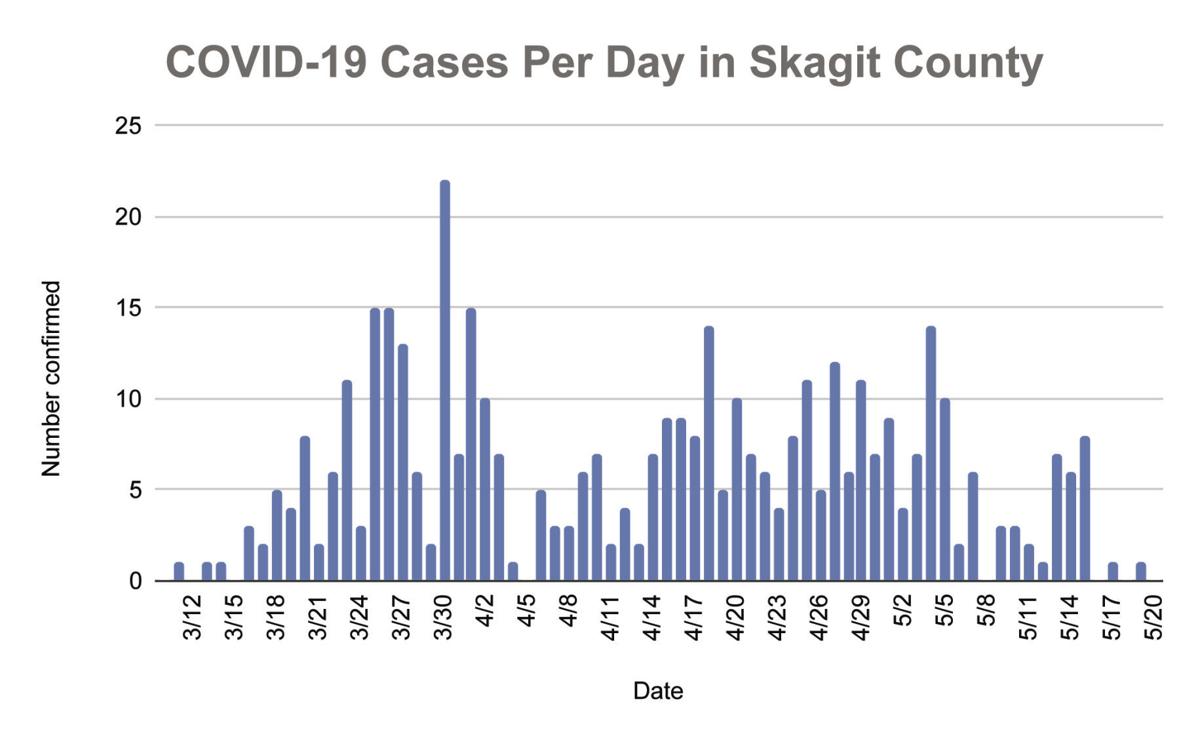 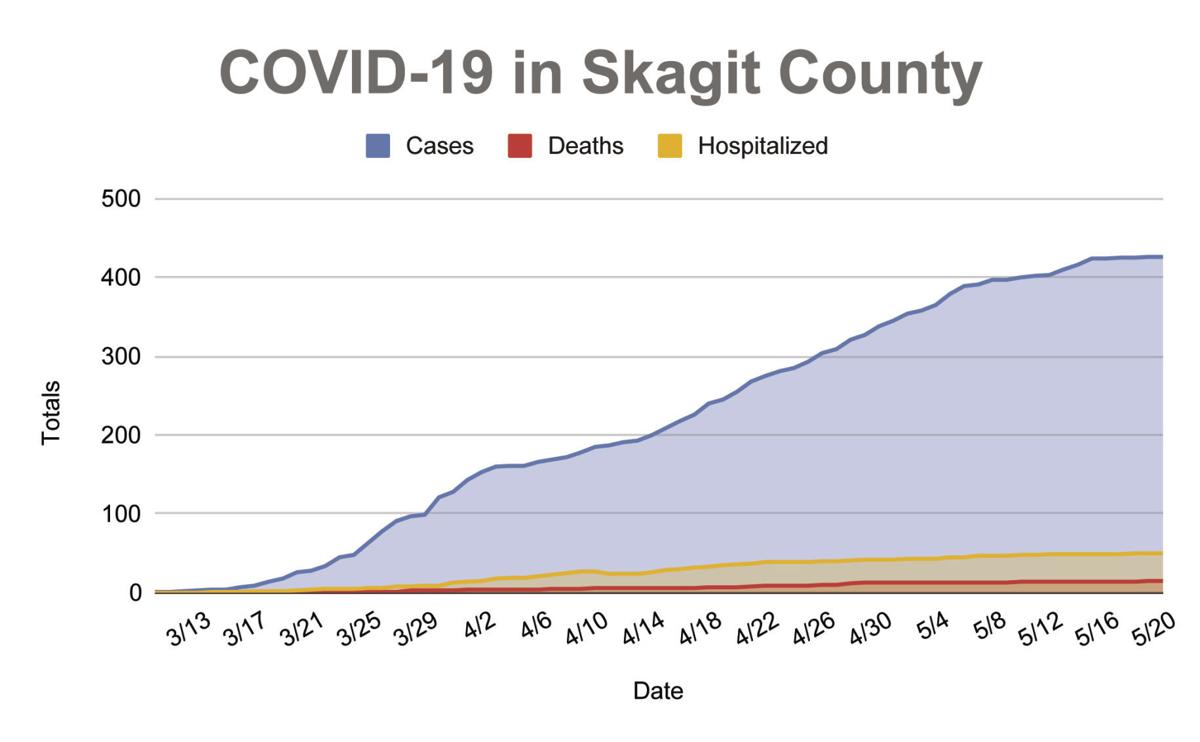 It’s also unclear when Skagit County might be able to move into Phase 2, the second of four in the governor’s plan to reopen the state.

Since Friday, the county has seen between zero and two new cases daily. At the same time, the county’s drive-through testing site has been testing more and more people, with 242 tested Monday and 235 tested Tuesday.

Howard Leibrand, the county’s health officer, continues to urge caution and says all should abide by social distancing recommendations, stay home when possible and wear cloth face coverings outside.

The virus is still out there, and the county could easily see another outbreak if health guidelines are ignored, he said.

The reduction in cases is a good sign, but is in part due to the demographics of people who are getting tested.

The county is preparing to offer mobile testing, allowing staff to try and target hot spots or areas with demographics that are under represented in the current data, such as low-income families.

“If we see two or more cases in ... a typical work setting, then we would want to test everyone there,” he said.

The county saw its peak in cases in late March, but COVID-19 remains a threat.

“The peak is deceptive,” Leibrand said. “Pretty much everyone is past their peak in this nation.”

While smaller counties have applied for and received approval from the Governor’s Office to begin reopening, Leibrand said he didn’t expect Skagit County to be among them soon.

In conversations with the state Department of Health, Leibrand said its intent is to move counties into the next phase as a group. The date remains unclear.

The state’s threshold to start the process is fewer than 10 new cases per 100,000 residents over 14 days.

Leibrand said if the county is given the opportunity to apply to open, it will take it. However, he doesn’t see that happening based on current criteria.

One trend that has not changed is the continued high rate of positives among Hispanic residents.

According to Public Health staff, about 59% of the county’s positive COVID-19 diagnoses have come from the Hispanic community, despite that group making up about 19% of the population, according to the Skagit County Trends website.

Leibrand said the county hasn’t determined a definitive reason for the high numbers among Latinos, but is focusing on better messaging about safety measures.

County Public Health has been working with employers and churches with large Hispanic representation and is spreading the word on proper social distancing and health practices on Spanish-language KSVR radio shows, at Community Action and at Sea Mar Community Health Centers.