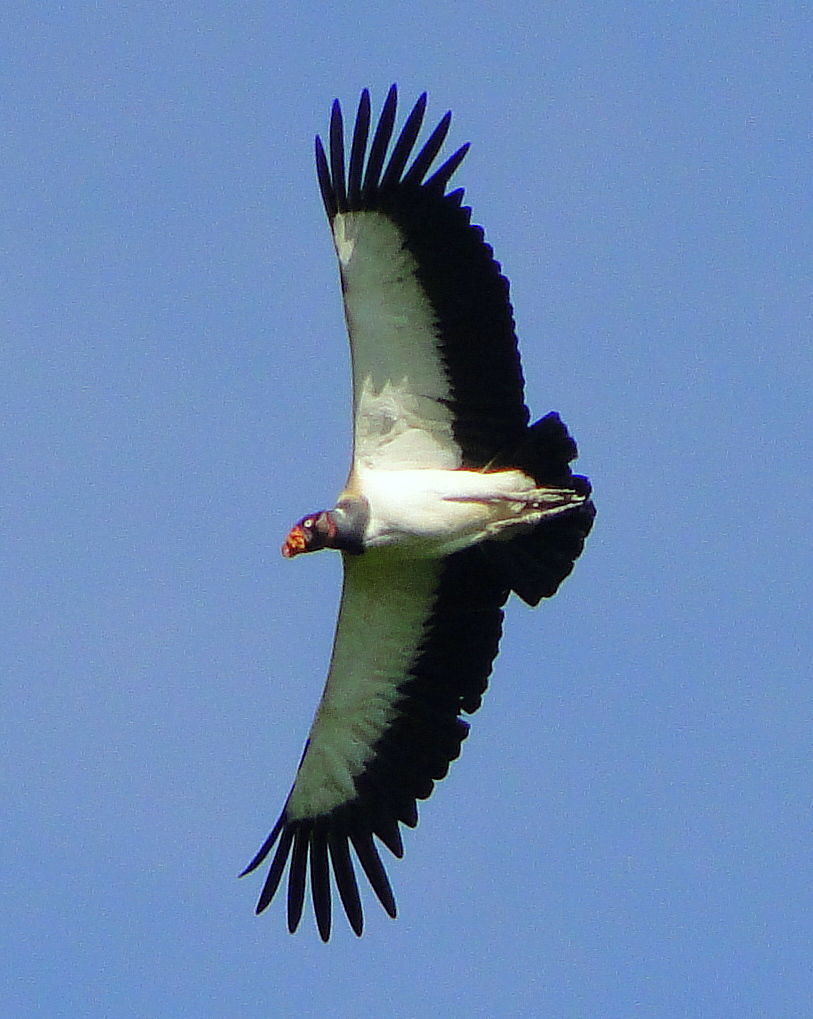 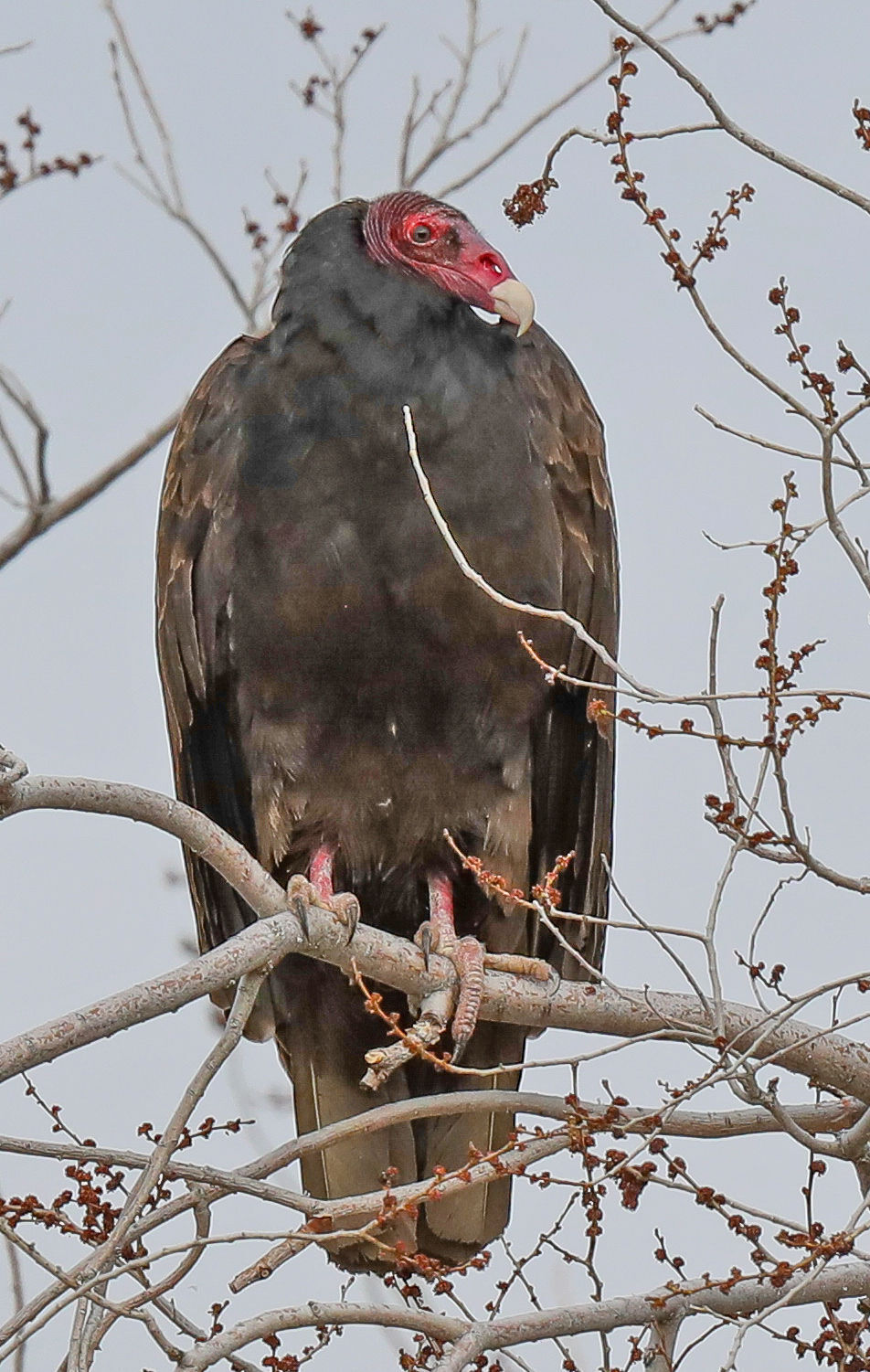 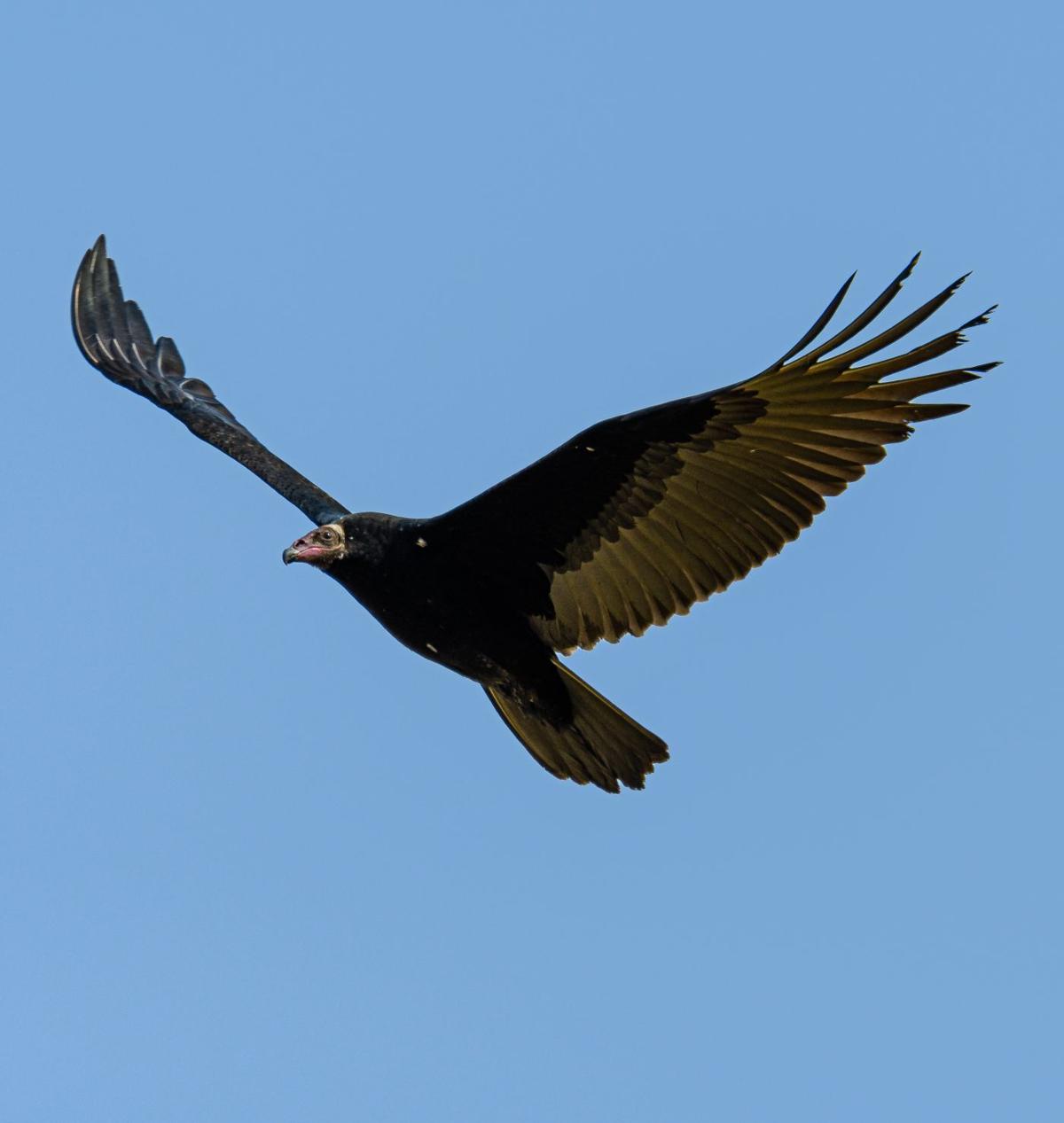 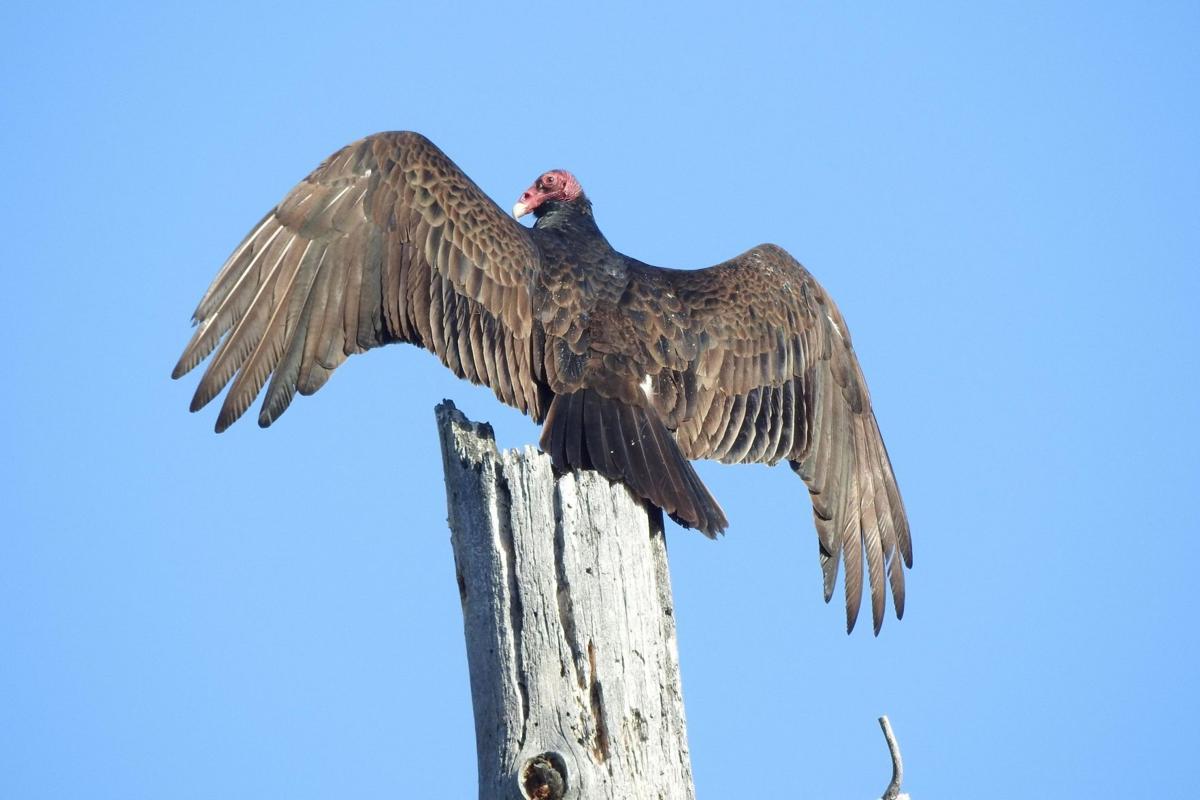 Several birds are classic signs of spring. These include the first red-winged blackbird staking out a patch of cattails, the first American robin singing in the yard, the first killdeer calling across a blue sky, the first mountain bluebirds, and the first flock of turkey vultures. Wait. What?

I’m guessing most people do not bring a vulture to mind when thinking about the first crocus or blooming forsythia. They’re not often placed on greeting cards with tulips in their beaks. Yet turkey vultures are a relatively early spring migrant in southwestern Idaho. I look forward to seeing them, typically flying northwest along the edge of the foothills in my neighborhood between Collister and Pierce Park.

These vultures begin to show up in Ada and Canyon Counties around the first of March, but their spring peak is around the first of April. Numbers drop off somewhat in the summer. It’s not unusual to see a bird or two almost anywhere in the region during the breeding season, and, of course, you can get a group circling over a dead animal. The largest number of birds seen during the year is during fall migration when a sharp peak of abundance occurs around September 21 as birds head south for Mexico, Central America, and South America.

Turkey vultures are sometimes confused with common ravens, hawks, or eagles. But they have a few field marks that work well to distinguish them from other species. The most obvious is that in flight they hold their wings in a slight dihedral or angle. That angle is a shallow “V” shape with the wing tips higher than the wing bases. Beware that Swainson’s hawks and northern harriers also show a dihedral, but otherwise they are quite different.

Turkey vultures also tend to turn or even circle, as opposed to flying directly from one spot to another. They are famous for “tipping,” which means tipping back and forth in flight. Imagine a pan of water on their backs. They would slosh water first to one side and then to the other. Another clue is that you can usually see the bicolored wings — gray along the back edge and black along the front.

Turkey vultures are also big. Their average wingspan is 68.5 inches. Compare that to a common raven at 46.1 inches and golden eagle at 79.7 inches. Thus, they’re much closer to an eagle than a raven.

Turkey vultures are in the family of New World vultures, Cathartidae, which has two other species in the United States — the black vulture and the California condor. The family name comes from “cathartes,” which is Greek for “purifier.” Their lifestyle of cleaning dead animals from the landscape has long been appreciated.

If you head to Mexico, you can also pick up the king vulture and lesser yellow-headed vulture. The latter is similar to our turkey vulture, but the king vulture is quite unlike any other bird on the planet. The remaining members of the family can be found in South America — the greater yellow-headed vulture and the Andean condor. This condor is one of the largest birds in the world with a wingspan of well over 10 feet. Throw in Machu Picchu, some tacu-tacu, and a few pisco sours, and your Andean condor quest to Peru will be well worth it. You can have my cui. Too bony.

It’s curious that the New World vultures are not closely related to the Old World vultures (family Accipitridae), despite their similar appearance and behavior. All vultures are scavengers, although there are a few records of them killing live animals. In North America, the black vulture is more aggressive, and most cases of predation are due to this species, not the turkey vulture. Most vultures have naked heads and/or necks and have relatively large wings that allow them to soar easily for long periods in search of food. They also have strong stomach acid with which they digest decaying food loaded with bacteria and other nasty ingredients.

New World vultures don’t have a syrinx (voice box), so the only sounds they make are hisses and grunts. But turkey vultures have a superb sense of smell and can pick up small amounts of decay on the wind. Research revealed that one of the specific compounds they can detect is ethyl mercaptan. This is the same compound that’s added to natural gas to make that odorless gas so easy for even humans to detect. But vultures can pick out this compound at vastly lower concentrations than we can — only a few parts per trillion is enough to guide them toward breakfast.

This same highly developed sense of smell is also present in greater and lesser yellow-headed vultures. But king and black vultures don’t have that ability and typically watch for the previous species to show them where their delicious food is located. Where these New World vultures occur together, it is not unusual to see more than one species on a dead animal. In Mexico, you might also find crested caracaras crashing the vulture dinner party.

As a result, these two groups of birds are an excellent example of convergent evolution. That occurs when groups that are not closely related genetically evolve to be similar because they fill a similar niche in the environment.

Turkey vultures don’t build nests but rather lay their eggs in rock crevices, caves, hollow logs, and on the ground in spots well protected by dense vegetation. They’ve also been found nesting in abandoned buildings. One of their nest defenses, as told by a friend who got his master’s in biology on this species, is to vomit on an intruder. Consider the effectiveness of this strategy once the bird has consumed a half decomposed, road-killed skunk. I don’t know about you, but I’m not that interested in visiting a nest.

Turkey vultures most often lay just two eggs. Small clutches are typically associated with species that live a long time. The oldest known turkey vulture was over 17 years old. The opposite strategy is illustrated by short-lived species that have large clutches. One good example is the California quail, which typically lays 11-12 eggs. The oldest known California quail was six.

Turkey vulture populations in Idaho have been increasing significantly since 1966 (2.75% per year). This is slightly greater than the population trend across all North America (1.78% per year). Data come from the Breeding Bird Survey (BBS). Numbers of this species, like other soaring birds, e.g., red-tailed hawks, tend to increase during the day as the air warms. For most species, the opposite occurs — detections decrease as the time since sunrise increases. Fortunately, the 4.5-hour period during which the BBS is conducted allows observers to monitor both types of species.

Partners in Flight estimates that there are about 8,400,000 turkey vultures in the U.S. and Canada. But there are 28,000,000 in the global population. Although this species is a migrant in Idaho, it is a year-round resident in the southern U.S., Mexico, the Caribbean, Central America, and South America. That explains the large total population size.

One reason turkey vultures might come back relatively early in the year, in time for tulips and forsythias, is that they can find animals that have died over the winter before those prey are devoured by beetles, ants, and the wild variety of small scavengers and decomposers. But whatever the reason, vultures provide a nice contrast to the pastel flowers and colorful songbirds of the spring season. And no, they won’t take your bichon frise. Relax.

You can email Terry at: terryrichbrd@gmail.com.