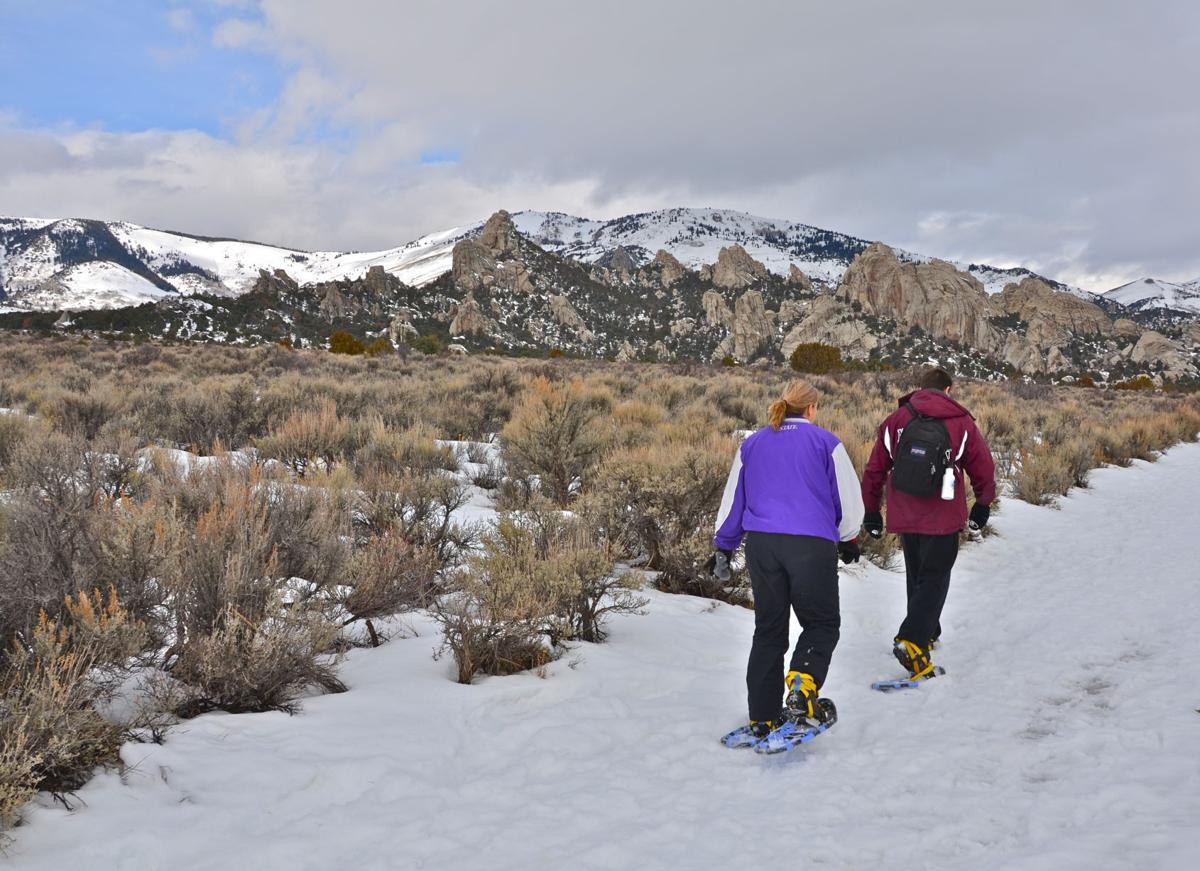 Snowshoers make their way up a road at City of Rocks National Reserve, south of Burley. Snow can be skimpy and hiking might be a good choice.

Snowshoers make their way up a road at City of Rocks National Reserve, south of Burley. Snow can be skimpy and hiking might be a good choice.

National parks and preserves in Idaho provide lots of recreation in summer and winter.

In Idaho, according to Outdoorsy.com, 617,646 people visit the seven National Park Service-administered lands annually, which generates $38.6 in revenue for the state per year.

A lot of folks wonder why Idaho doesn’t have more national parks. Well, it actually does. The National Park Service lands have different labels but just as many fabulous attractions. The feds identify them as national parks, national preserves and reserves and national monuments according to what attractions they feature.

Generally, a national park contains a variety of resources and encompasses large land or water areas to help provide adequate protection of the resources. A national monument is intended to preserve at least one nationally significant resource. It is usually smaller than a national park and lacks its diversity of attractions. A national preserve is a type of National Park Service protected area that has characteristics normally associated with national parks but where certain natural resource-extractive activities, such as hunting, mining, and oil/gas exploration and extraction are allowed. I know, it’s complicated.

The most visited NPS area in Idaho is Craters of the Moon National Monument and Preserve with 272,224 visitors.

Yellowstone, Craters and City of Rocks National Reserve are three other incredible NPS areas in Idaho for winter recreation.

I’ve cross-country skied and snowshoed at all three and love to hit at least one of the areas each winter.

The drive to Gardiner, Mont., the north entrance of the park and the best for driving in the park during the winter, is about 8 to 9 hours from Treasure Valley. Accommodations are located in Gardiner and the campground at Mammoth Hot Springs is open. Snow is skimpy at the park and doesn’t get deep enough for good snowshoeing or skiing until past Tower. See https://www.nps.gov/yell/planyourvisit/visiting-yellowstone-in-winter.htm

Craters is about 3 to 4 hours from Treasure Valley on I-84 and U.S. 20. The campground is open for walk-in camping. Accommodations are available area towns in the Sun Valley area. The Loop Road is closed to vehicles due to snow and ice. It is not yet being groomed for snowshoeing and cross-country skiing but there is enough snow for ungroomed trekking. For information, see https://www.nps.gov/crmo/index.htm

City of Rocks, which is 4 to 5 hours, is open. It is reached by taking I-84 east to the Declo exit and driving Idaho Highway 77 to Almo. The NPS reserve is a joint operation with Idaho Parks and Recreation. The state’s Smoky Mountain Campground is open and has electric hookups. I stayed there in January one year in our camper van and it was comfortable. Snowshoeing was great that year.

However, this winter snow is skimpy and park staff hope for another storm to improve conditions. See https://www.nps.gov/ciro/index.htm.

National park areas in Idaho are incredible, even in winter.

Pete has been writing about the outdoors in Idaho and the Northwest for decades. Give him a shout at pete@getoutdoorsnorthwest.com.