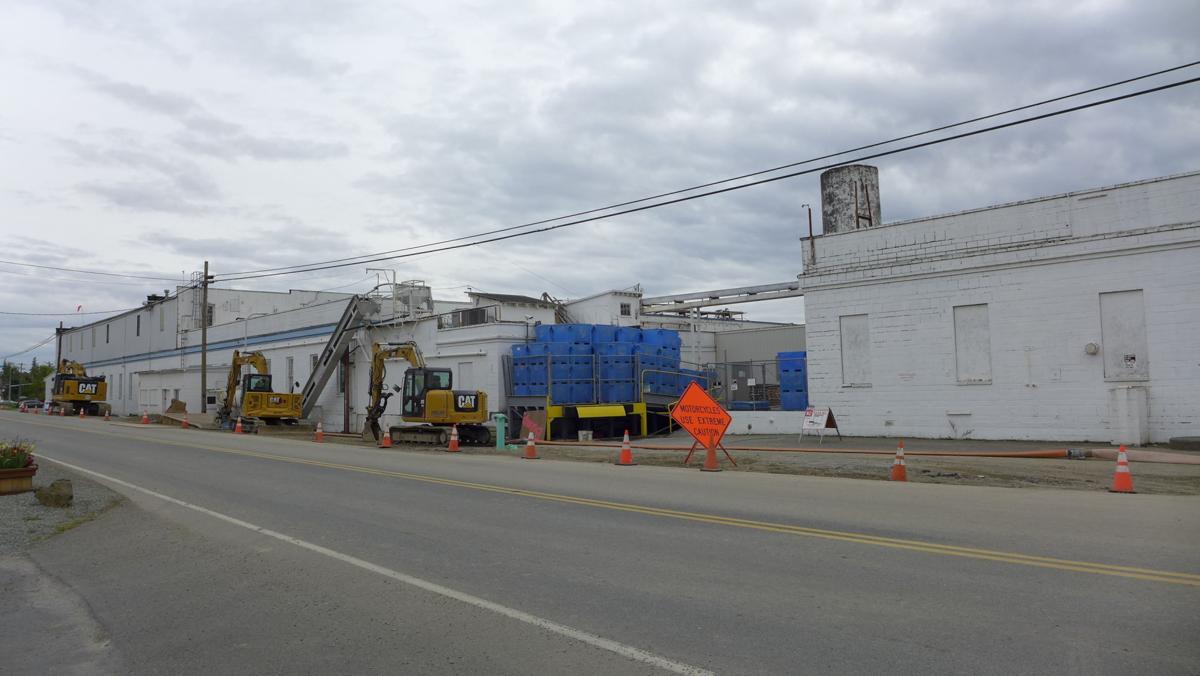 North Star Cold Storage, the white industrial plant on Pioneer Highway, plans to fill in the space between buildings. An informational public meeting is scheduled for 6:30 p.m. Monday, May 12 on Zoom, which can be accessed from the city calendar at stanwoodwa.org. 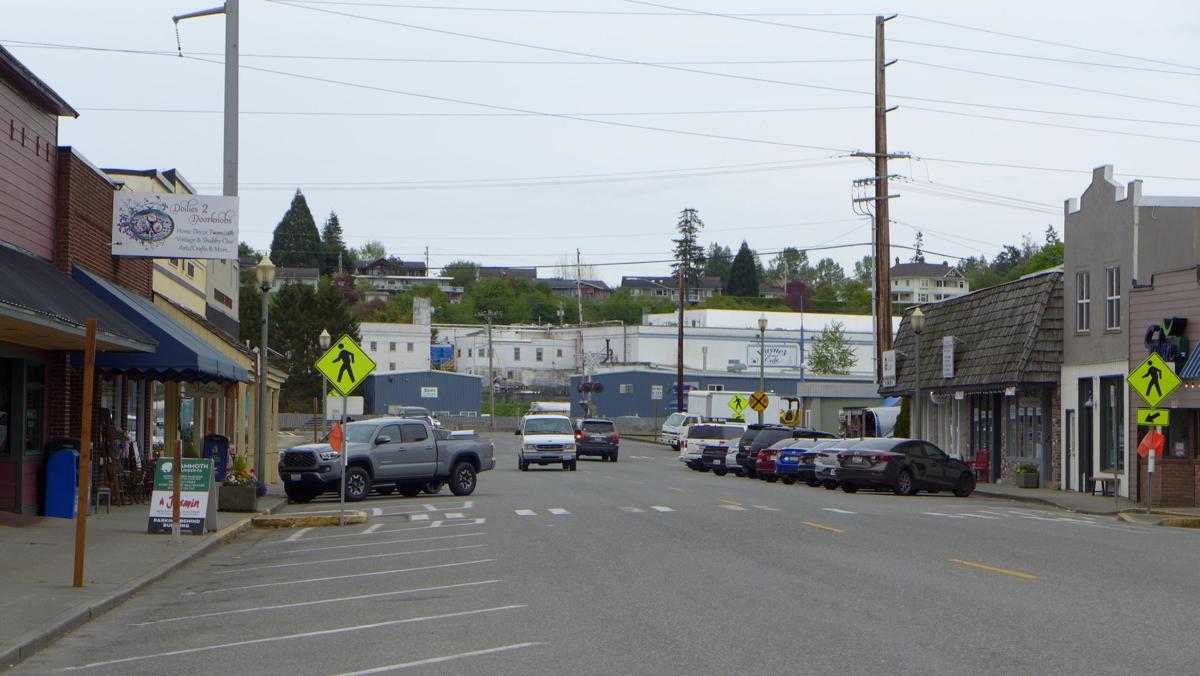 North Star Cold Storage, the white industrial plant across the tracks from Main Street businesses, plans to fill in the space between buildings. An informational public meeting is scheduled for 6:30 p.m. Monday, May 12 on Zoom, which can be accessed from the city calendar at stanwoodwa.org. 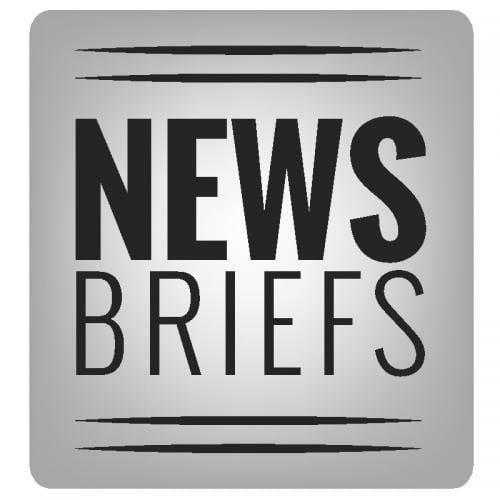 North Star Cold Storage, the white industrial plant on Pioneer Highway, plans to fill in the space between buildings. An informational public meeting is scheduled for 6:30 p.m. Monday, May 12 on Zoom, which can be accessed from the city calendar at stanwoodwa.org.

North Star Cold Storage, the white industrial plant across the tracks from Main Street businesses, plans to fill in the space between buildings. An informational public meeting is scheduled for 6:30 p.m. Monday, May 12 on Zoom, which can be accessed from the city calendar at stanwoodwa.org.

Filling in the blanks

North Star Cold Storage and seafood processing has expansion plans and has applied to the city of Stanwood for a variance.

North Star is on Pioneer Highway at the intersection of Triangle Road on approximately 2.85 acres zoned General Industrial. The processing plant owners would like to build a 4,088-square-foot infill structure, connecting two existing buildings.

North Star requested a variance to deviate from the required 25’ setback and build 5’ from the Pioneer Highway property line, maintaining the existing building’s line of development and maximizing use of the infill area. This proposal will not create any new impervious surfaces.

The Snohomish County Sheriff’s Office and the Snohomish County Helicopter Rescue Team announced the acquisition of a new helicopter-based search system that will increase rescuer safety and help the odds of saving lives in the backcountry.

The RECCO technology is a two part-system featuring an active detector carried by helicopter and a passive reflector carried by the person needing rescue. Large search areas can be covered quickly by flying at 60 mph at 300 feet high while scanning a corridor about 300 feet wide until a signal is received. This equates to searching 250 acres in 6 minutes.

RECCO reflectors are incorporated in more than 200 leading outdoor brands, including jackets, pants, helmets, boots and harnesses for winter and summer use. Reflectors can also be purchased individually and easily attached to outdoor gear. Wearing a RECCO reflector increases searchability in the backcountry and reduces ground searchers’ exposure to risk due to avalanche hazards in the winter. Snohomish County is the sixth agency in North America to be equipped with this technology. Others include Utah, Montana and British Columbia, Canada.

Wenberg Park, along the shores of Lake Goodwin south of Stanwood, was recognized with a Spotlight Award for outstanding achievement in the areas of design, development and renovation by the Washington Recreation and Parks Association. The Snohomish County Parks site recently underwent renovations including access upgrades. Wenberg Park has amenities that include a campground, picnic areas, an ADA pier/swimming ramp and a boat launch.

Washington State Parks closed the parking lot just south of the Deception Pass bridge on Highway 20 during extensive bridge painting and repairs. The parking lot will likely be closed through March 2022.

Visitors seeking to walk across the Deception Pass and Canoe Pass bridges should park at Bowman Bay on the north side of the park, or in the North and West Beach access parking lots on the south side of the bridge.

Initial regular claims are 91% below weekly new claims applications during the same period last year during the pandemic.

Road work that includes removing pavement, adding concrete then patching and resurfacing the roadway is scheduled to be completed by Friday, May 7, in the following locations:

A new study from the state Department of Natural Resources shows for the first time the impacts that a magnitude 9.0 earthquake on the Cascadia subduction zone would have on Puget Sound communities. This study, prepared by geologists within the Washington Geological Survey, was conducted to help make response plans for those in the most populated areas that a Cascadia earthquake and tsunami would affect.

“Millions of people live along the Salish Sea, and knowing what to expect is critical to creating response plans so that we can be ready when — not if — an inevitable Cascadia mega-quake hits,” Commissioner of Public Lands Hilary Franz said in a news release. “It’s our duty to put the training and knowledge of our highly-trained geologists to work to make sure our communities can be prepared and safe.”

The new modeling uses a simulated magnitude 9 earthquake on the Cascadia subduction zone. The last Cascadia rupture was 321 years ago, and experts estimate a 10% to 17% chance that Washington will experience another in the next 50 years. This Cascadia study builds on previous studies of impacts to Puget Sound communities from earthquakes produced on the Seattle Fault. This new study and maps are available alongside more tsunami information online at: dnr.wa.gov/tsunami.

Renslow Trestle over I-90 now open for recreation

Washington State Parks announced April 29 that the Renslow Trestle is now open for nonmotorized recreation. The trestle is located about six miles east of the town of Kittitas.

The announcement comes as good news to hikers, bikers and equestrians who use the Palouse to Cascades State Park Trail. The trestle completion closes the last major gap on the trail between North Bend and the Columbia River, allowing for roughly 100 miles of unimpeded and safer travel for recreationists.

The trestle crosses the busy I-90 highway. Previously, people had to take a detour along Prater and Boylston roads, both of which have poor visibility and no shoulder.

To make the trestle safe and navigable for pedestrians, bicyclists and equestrians, contractors attached concrete decking to the existing steel trestle and added safety railing. The decking and railing design work began in May 2019, and construction began in July 2020. The project was funded by a grant from the Recreation and Conservation Office’s Washington Wildlife and Recreation Program.

Madison Morgan of Stanwood was named to the Eastern Oregon University Dean’s List for the 2021 winter quarter.

Hannah Grierson of Camano Island, who attends Westmont College, was recently initiated into the Honor Society of Phi Kappa Phi.

The Stanwood-Camano School Board meets online at 1 p.m. Tuesday, May 4, for a regular meeting and meets at 8:45 a.m. Saturday, May 8, in a special public meeting to interview superintendent candidates. Information: stanwood.wednet.edu

The City Council meets online at 5 p.m. in a special workshop to discuss American Rescue Plan funds. The regular meeting follows at 7 p.m. Thursday, May 13, on Zoom. Information: stanwoodwa.org

Camano Island Fire and Rescue Board meets at 4:30 p.m. on Monday, May 10 at the Administration office, 811 N. Sunrise Blvd., Camano Island. Information: camanofire.com