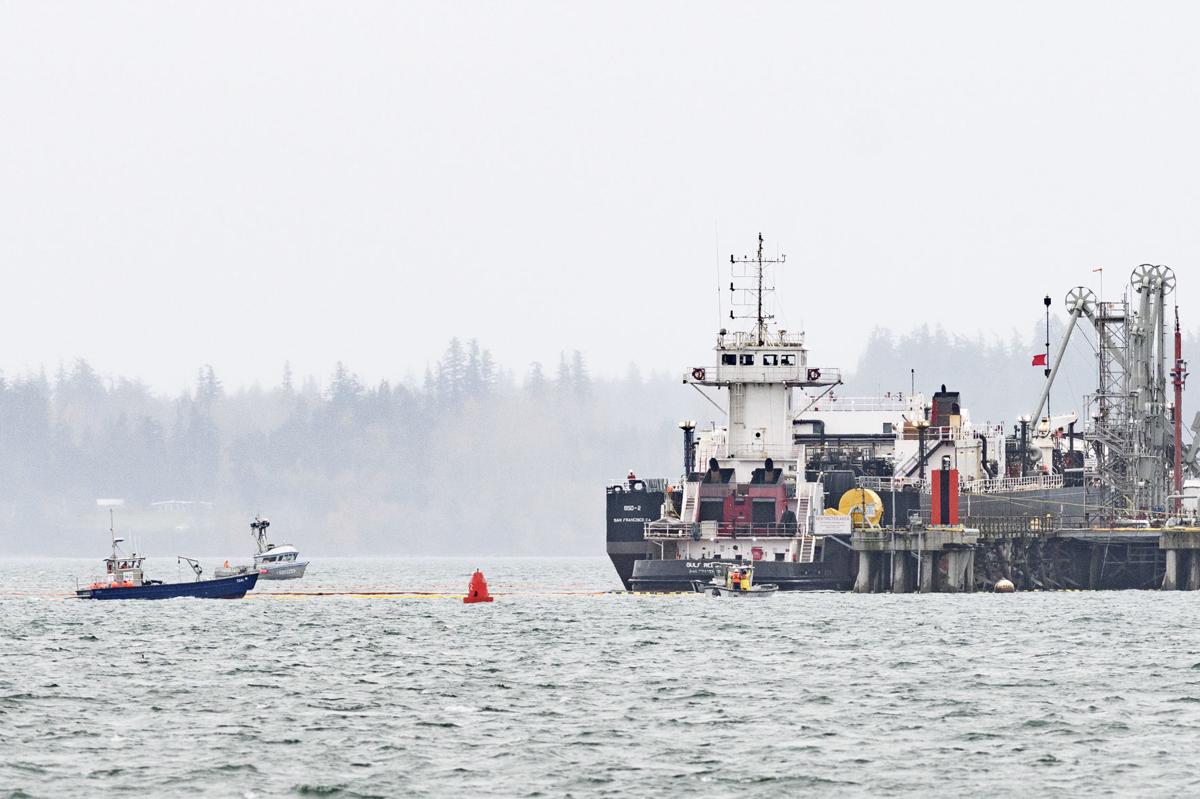 Crews in small boats tend to a boom Saturday in the water around a vessel at the Shell Puget Sound Refinery pier. 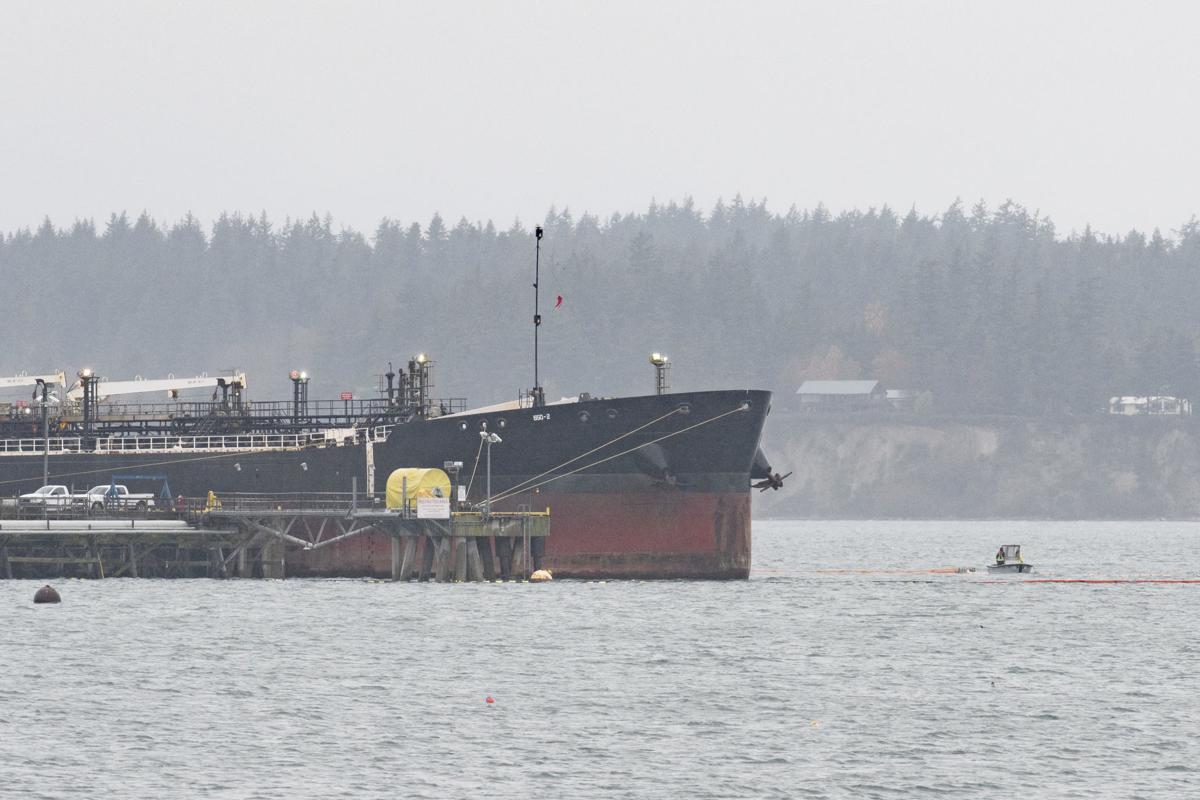 A crew on a small boat tends Saturday to a boom in the water around a vessel at the Shell Puget Sound Refinery pier.

Crews in small boats tend to a boom Saturday in the water around a vessel at the Shell Puget Sound Refinery pier.

A crew on a small boat tends Saturday to a boom in the water around a vessel at the Shell Puget Sound Refinery pier.

Crews worked Saturday to clean up an estimated 20 gallons of crude oil that spilled Friday night from a barge unloading oil at Shell Puget Sound Refinery's dock on Fidalgo Bay near Anacortes.

An initial estimate of 5 gallons of oil reached the water, according to a Saturday news release from a Unified Command established in response to the spill.

The spill occurred at about 11:30 p.m. Friday during a transfer of 5 million gallons of Alaskan North Slope crude oil from the Crowley Maritime Corporation barge at the refinery's dock.

The leak originated from a pressure relief valve on a barge and was contained, the refinery reported Saturday. There were no reported injuries.

A floating containment boom was in place around the barge during the oil transfer, a requirement under state law, and crews added a secondary boom during spill response, according to the refinery.

Cheryl Ann Bishop, communications manager for the state Department of Ecology, said that by late Saturday morning, crews had nearly finished cleaning up oil in the water and were working to clean up oil spilled on the barge.

Ecology, the U.S. Coast Guard, the Lummi Nation, Washington State Maritime Cooperative and refinery set up a Unified Command to respond to the incident.

Ecology said in a Tweet that the spill did not impact any shorelines or wildlife.

The refinery is investigating the cause of the leak.

Shell Puget Sound Refinery has a capacity to process up to 145,000 barrels (5.7 million gallons) of crude oil a day, and makes gasoline, diesel fuel, propane, jet fuel and other products, according to its website.

Updates on the spill response can be found at barge650-2crudeoilspill2019.com.

Ecology is responding to a crude oil spill at Shell Puget Sound Refinery in Anacortes. Alaskan north slope crude oil was being transferred from a barge to the facility. A containment boom was in place. The volume of the spill is not yet know. We'll report more once on scene.

Great work from Federal, State and Local responders. Even though this was a relatively small incident, well-trained personnel deployed swiftly to the scene. It's that heightened posture that helps protect environments of the Pacific Northwest. https://t.co/kIZacCthUc

#USCG crew members from Sector Puget Sound Incident Management Division have been mobilized and are en route to the location. https://t.co/GqkN1VX58h