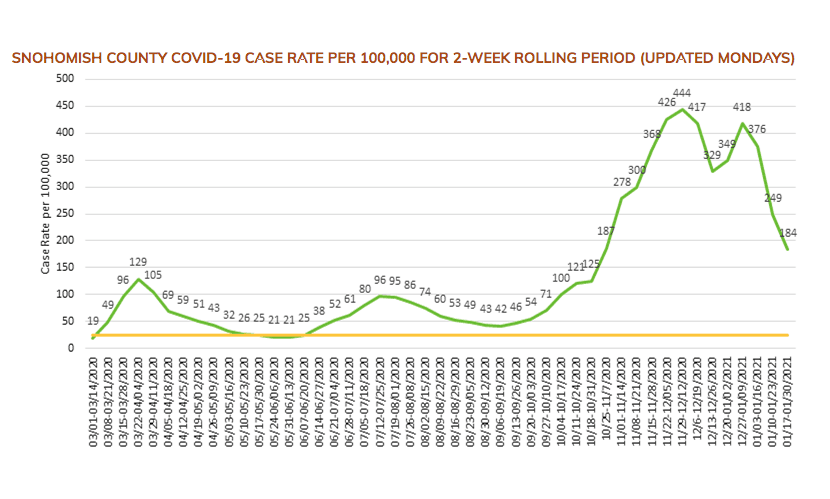 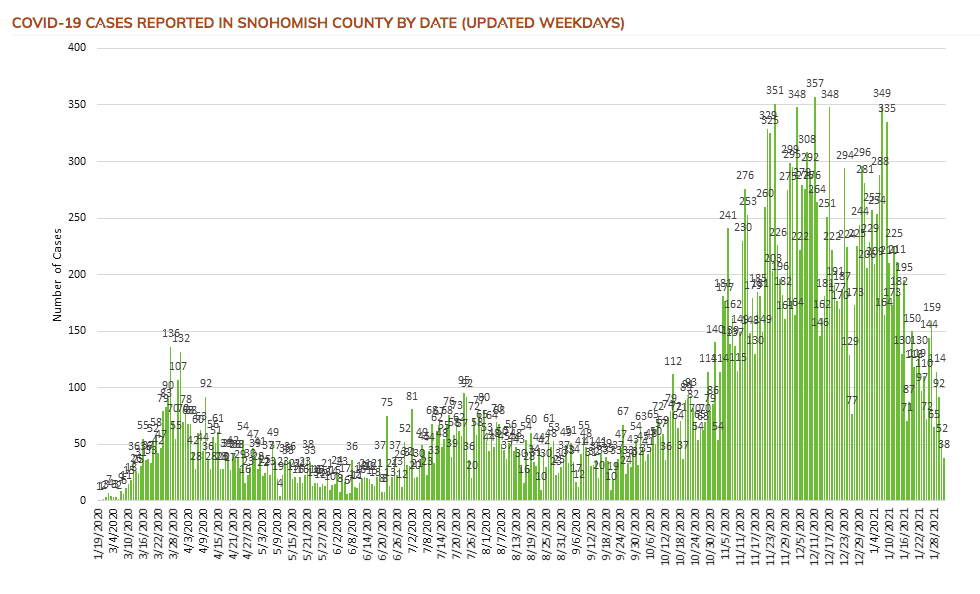 Virus transmission plunged for the third consecutive week in Snohomish County, signalling that the region is heading in the right direction, health officials said.

The rolling two-week case rate in Snohomish County sank to 184 cases per 100,000 residents down from 249 infections per 100,000 people, according to data released Monday from the Snohomish Health District. That’s the lowest virus rate since late October.

Stanwood has recorded 23 new cases last week, down from the 37 detected in the previous week.

Stanwood, as part of the Puget Sound Region, can advance to Phase 2 of the state’s economic …

The declining cases is “a welcome reprieve from the surge of the last few months,” Dr. Chris Spitters, Health Officer for the Snohomish Health District, said in a media briefing last week.

Hospitals are reporting a drop in COVID patients and cases at long-term care facilities are declining.

“This is all good news and I’m grateful for everyone’s efforts,” Spitters said. “But we can’t celebrate too soon or let our guard down or this is going to come right back, as it has before.”

On Camano Island, there were 18 new cases of COVID last week, up from six during the previous week, according to Island County Public Health data as of Feb. 1.

In Island County, the COVID infection rate dropped to 139.1 cases per 100,000 people, reversing a six-week trend of increasing rates.

To date, there have been 815 confirmed COVID-19 cases of Stanwood residents and 274 cases of Camano Island residents, according to data from each county.

Vaccine supply remains the largest hurdle in getting needles in arms. Last week, Snohomish County received about 15,000 doses — 9,000 for first shots and 6,000 for second ones. However, the county’s 93 vaccine providers are capable of administering more than 50,000 doses a week.