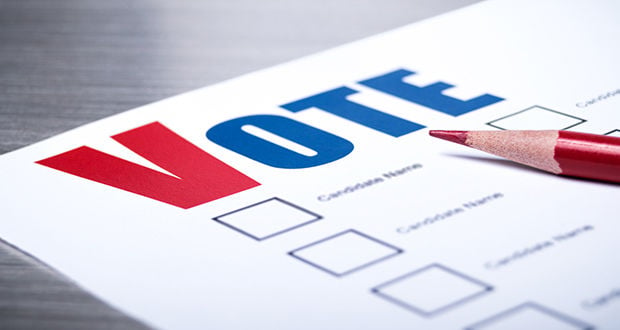 Jeff Sinker, who currently serves on the board in the at-large seat, said completing the merger with Arlington is key to best serve the area. Incumbent Greg Oakes said he’d push to hire more firefighters.

North County Regional Fire Authority has four of its seven board positions on the November ballot, but there is only one contested race. NCRFA directors serve six-year terms. Most candidates responded to the questionnaire and their responses, at least in part, are included here.

Greg Oakes, the incumbent, and Jeff Sinker, now in the at-large seat, face off on Nov. 5. District 1 represents the Kackman, Bryant and Freeborn communities.

Why running: “I am proud of this Fire District and the community it serves. My job for the last six years as your Fire Commissioner has been to serve you by managing the fire and emergency services that you pay for in a fiscally responsible manner, while providing for necessary growth to maintain the level of service you expect.”

Experience: “I served with this fire agency as a volunteer firefighter-EMT for 30 years.” As commissioner, “I have continuously and carefully scrutinized the annual budget of $10.1 million to ensure every cent of your tax dollars is converted into the kind of service you’d want for your family.” Despite call volume increase of 37% in the last six years, “the fire agency is debt free, operates on a balanced budget and has passed all of our Washington state financial audits.”

Goals: Along with working to boost morale, “if elected to another term as your fire commissioner, I would work to bring the proposed merger with the city of Arlington to completion. This would make North County a true regional fire authority and would increase the capacity for shared resources that gives the city of Stanwood and surrounding area the best bang for the taxpayer’s buck.”

Why running: “I am … proud of the accomplishments we have achieved over the last 6 years, and I would like to continue to be part of the team that is guiding the fire authority forward and ensuring that we are providing the best Fire/EMS service possible to our citizens.”

Experience: “I bring a unique perspective to the (NCRFA) Board because I work for a fire department that was very similar in size when I got hired. Today it has grown into a large progressive department. This career of growth and development has provided me the knowledge, skills and abilities to understand and handle the demands of a growing agency.”

Goals: “My number one goal for 2019 is to hire more firefighters to help meet the demands of increased call volumes and apparatus out of service times,” he wrote, noting that NCRFA has applied for several grants to support the additional personnel. “I want us to continue to work collaboratively with Arlington Fire Department and look at other neighboring agencies to see what services we can share, which will ultimately save costs for the involved agencies.”

Williams is the incumbent and lone candidate for this position.

Why running: “I was initially appointed (to this commission) via the City Council due to it not being an election year.  In this time, I’ve found a great interest in the safety of our community.  I’m looking forward to being a proactive member of the North County Regional Fire Authority.”

Experience: On her webpage, Williams says she has worked for Chicago Title for the past 29 years and is the owner of a small business, Plum Tree Recording Studio. Williams is active in city government as well as the fire district; she is serving a four-year term in Position 7 on the Stanwood City Council. She wrote that her work in City Council and “study of what we’ve had before and now” make her well suited for this position.

Goals: “I want to continue to grow strong and forward-thinking emergency services for our community, (along with) helping to lower our response times and provide more health services for those in need.”

Cade currently is in an at large position that expires in 2021. But he filed to run for Position 3, which represents Warm Beach.

Why running: “I decided to run for Position 4 because it is an at-large position covering all of the Fire Authority jurisdiction, including Stanwood, Warm Beach and the area near the Stillaguamish Tribal Center.

Experience: “I have served on the Commission for all of 2019 as an appointee to represent the city of Stanwood. I also serve on the Stanwood City Council. It has been a privilege to be involved with decisions affecting public safety such as better training, better equipment and better response time.

North County Fire & EMS, which covers the Stanwood area, is asking voters to lift its levy lid by 14 cents to return the fire levy to $1.50 per $1,000 of assessed property value.

Voters approved a fire levy rate of $1.50 per $1,000 in 2008. Since that time, the fire levy rate has fallen to $1.36. Levy rates fall as property values rise to limit the Fire Authority to roughly the same amount of revenue per year, plus a 1% increase allowed by law.

Fire Chief John Cermak said higher call volumes are driving the request. He said call volumes have increased 37% in the past five years due to growth and an aging population.

The Fire Authority completed a Strategic Plan earlier this year to outline how it will respond to the increased demand for service. The plan calls for additional staffing to maintain response times and service levels. It also identifies key capital projects for the agency, such as apparatus needed to respond to calls.

The money would be used to hire six emergency personnel and supporting apparatus to respond to higher call volumes, according to the Fire Authority.

Fire Chief John Cermak, with North County Fire & EMS, is accepting invitations to speak with local organizations, associations, churches, school groups or other gatherings of people who would like to learn more about the levy lid lift proposal.

Contact Chief Cermak at 425-789-8036 or jcermak@northcountyfireems.com to schedule a presentation or public meeting.

Find all of our local election coverage here, in one convenient place. Click here to read about all the area's races.