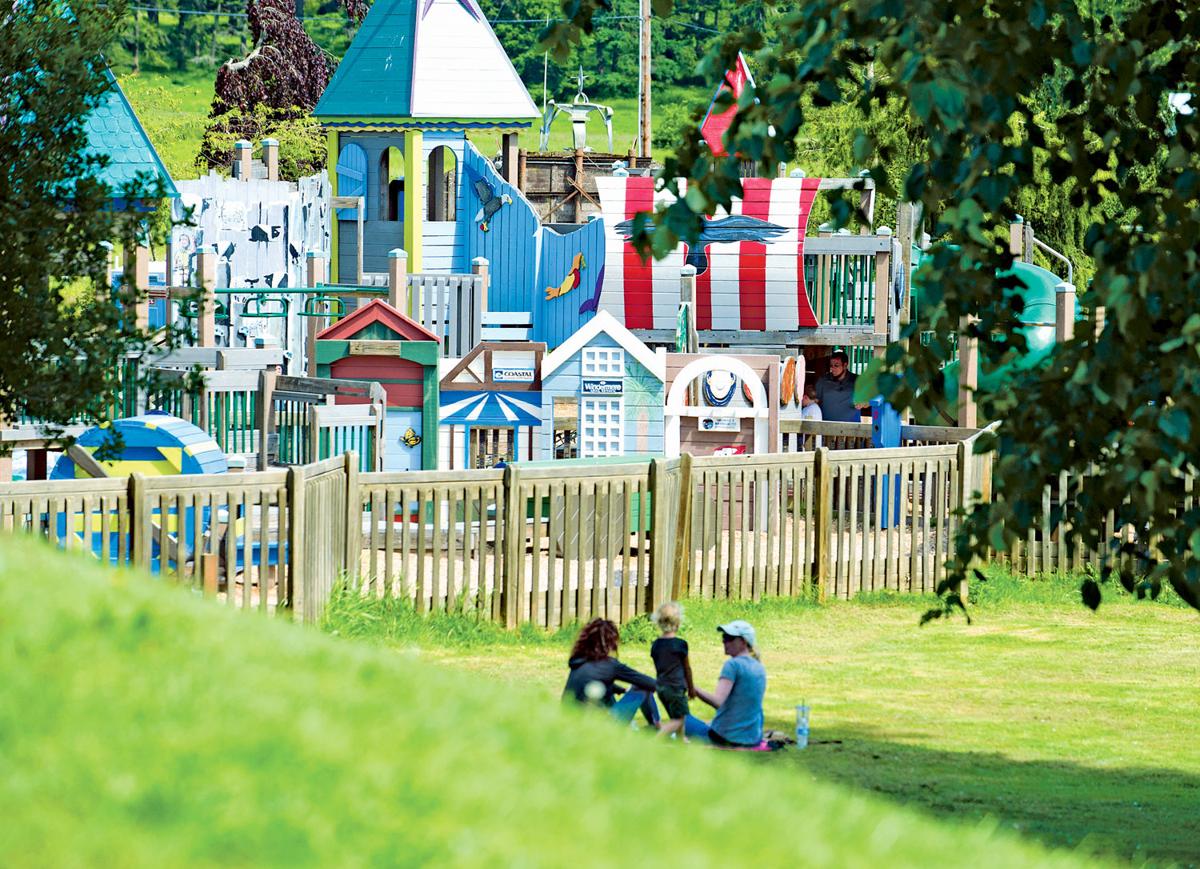 Scenes from a Sunday afternoon at Freedom Park and the Rotary Adventure Playground on May 19, 2019. 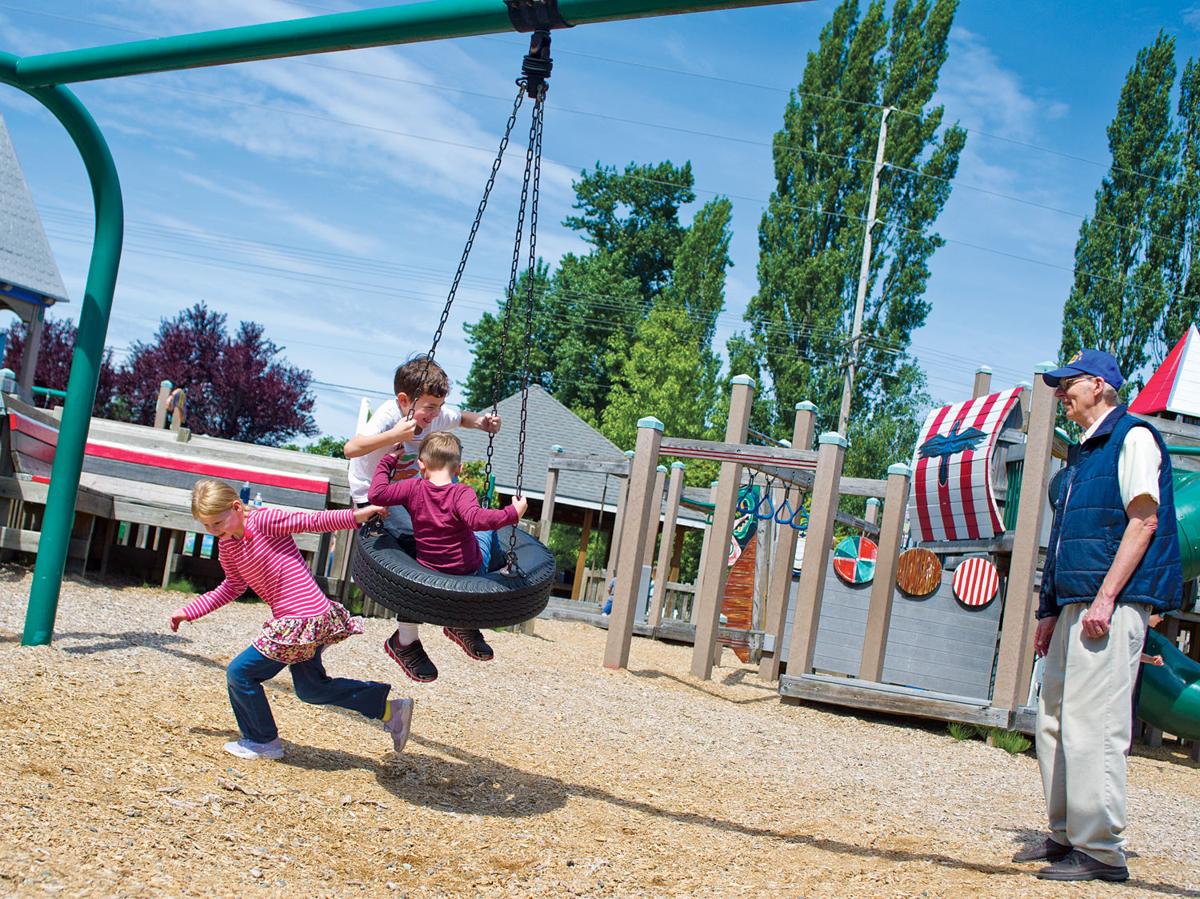 Scenes from a Sunday afternoon on May 19, 2019, at Freedom Park and the Rotary Adventure Playground on Camano Island.

Scenes from a Sunday afternoon at Freedom Park and the Rotary Adventure Playground on May 19, 2019.

Scenes from a Sunday afternoon on May 19, 2019, at Freedom Park and the Rotary Adventure Playground on Camano Island.

Two years ago Freedom Park on Camano Island was on the brink of closing.

The popular but private park at Terry’s Corner was behind on its taxes, low on volunteers and almost completely lacking reliable funding sources.

“It didn’t look good,” said Grant Shaw, a Freedom Park Association board member. “But people made it clear they don’t want the park to disappear.”

Once the word got out, the community quickly stepped up. About $12,000 poured into a GoFundMe account, new volunteers emerged to join the Freedom Park Association Board, and a deal was struck with Island County to pay $900 to the park annually for the right to use the land for emergency management purposes.

The new board erected a sign along Highway 532 where anyone can schedule a message at freedomparkassociation.com for $15 a day.

“The sign has become the biggest funding source, covering about 30% of the budget,” Shaw said.

But the new income still falls well short of covering the park’s annual budget of about $11,000, mostly for insurance, taxes, mowing and repairs.

“We were responsible with the money, which just went to maintaining the park and keeping it clean and safe,” Shaw said. “Now, we’d like to keep it going for the kids. It’s our island’s main park for kids.”

The Camano Island Chamber of Commerce recently signed over the easternmost tip of Terry’s Corner to the park, allowing the removal of trees that were becoming a safety issue and a location for vandalism, Shaw said.

“Now, the balance is getting low again as we don’t want to see it go into foreclosure,” he said. “Our plan now is to go back to the GoFundMe page or people can donate directly through PayPal on our site (FreedomParkAssociation.com).”

Fellow board member Jessica McCready said the hope for this campaign is twofold: raising money and seeking new ideas.

“New, outside-the-box ideas would be great,” she said, “But right now is a call to get donations so it doesn’t end up becoming a gas station or something.”

While additional stable funding sources or a tax exemption from Island County would help free up money for future improvements — such as a planned walking path around the site — the group just wants to maintain the status quo, Shaw said.

“We’re focused on getting financially stable first,” he said. “The county has no interest in taking it over, they lack manpower and funds, and we want to keep it private because we feel we can keep it how we want it. But we’ll need some support from the community.”

Meanwhile, the park association is encouraging people to get involved, maybe organize events at the park to benefit a local business and the park. In addition, volunteers such as local Boy Scouts, Girl Scouts and church groups can log community service hours by cleaning the park — which includes the playground, veterans memorial and a large grassy area — a few times a year.

To learn more, visit the Freedom Park Association website or its booth Saturday at the Beer, Brats and Biz event in the park.

Scenes from a Sunday afternoon at Freedom Park and the Rotary Adventure Playground on May 19,2019.

Most-read stories on SCnews.com during May

Our most-read stories online this month were animal-related. Reports to Warm Beach residents tracking down people harrassing a gray whale and …

‘It’s all of ours’: The story behind how Barnum Point became a park

Carolin Barnum Dilorenzo loves Barnum Point so much that she sold prime waterfront to the county to preserve as a park for everyone to enjoy. …

Hiring continues to be strong in Washington, including the Stanwood-Camano area.

Hundreds of children danced, skipped and excitedly pin-balled between 17 organizations with stations geared just for them at the first KidsFes…

Island County officials are looking at an amendment that might reduce property taxes for small, privately owned community gardens and parks th…