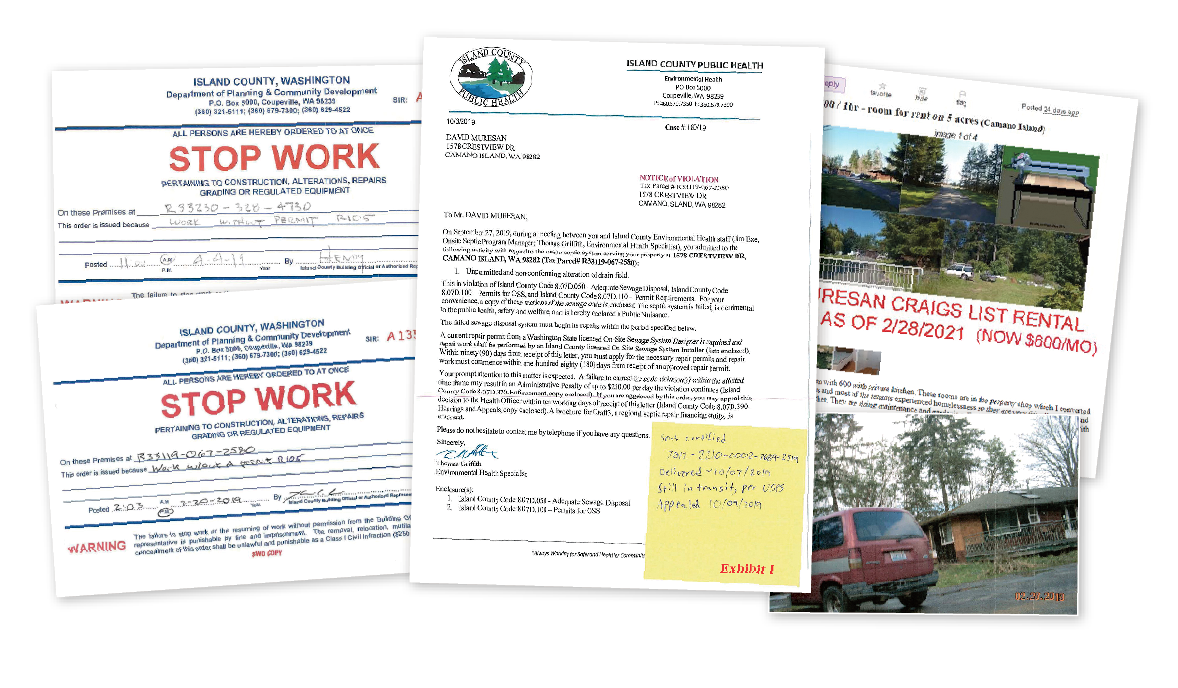 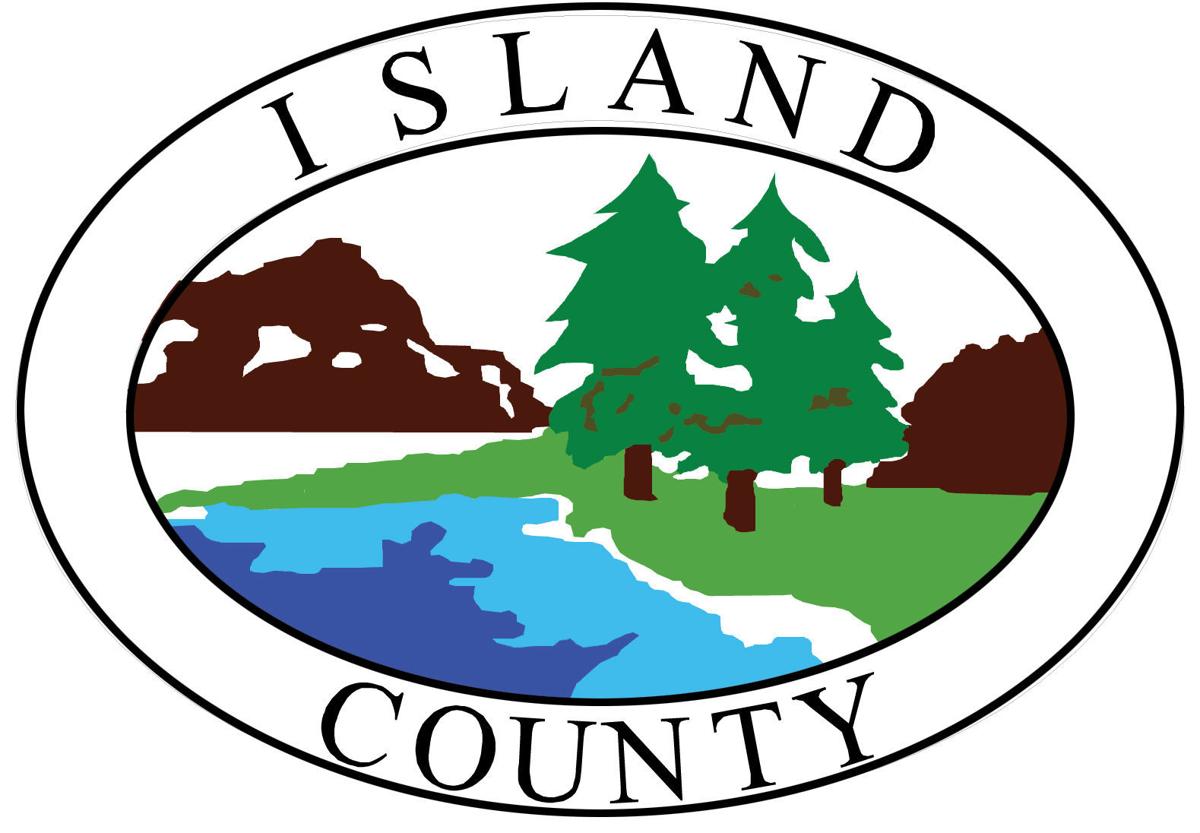 Since 2018, the county has tried unsuccessfully to get Muresan to rectify health and building code violations.

This 5-acre parcel is within the Lost Lake area and is zoned Rural Residential with a minimum lot size of 2.5 acres.

Muresan rents out his three-bedroom house, which has a septic system designed for its size. However it’s not adequate for the six or seven makeshift rooms that he’s built in his detached garage, which all share one bathroom that taps into the house septic system, according to the county.

He built all the rooms without permits or safety inspections, county officials said.

He also rents RVs and other portable structures and stores junk and vehicles on the property, county officials said.

County documents state that Muresan violated multiple health, welfare and sanitation codes. The rooms were said to have exposed electrical wiring and no heating, insulation, hot water or refrigeration.

Muresan told the Stanwood Camano News that his response to the county is his own “Homeless Initiative,” a proposal that would allow landowners to build small houses and place structures like trailers and RVs on their property to rent cheaply to poor people. His proposal would also allow the owner to build structures and septic systems without permits, without taxes and without limits as to how many. Inspections would be done for free.

"I offered for consideration my Initiative to planning department in Island County in Washington state but was not accepted," he said.

The county follows established codes, and Muresan has already being investigated for being out of compliance.

From September 2018 to the present, documents show that county officials asked Muresan to comply with codes. He’s been ordered to vacate occupants from the garage and clean the property many times, but hasn’t done so. The Health Department issued a sewage failure notice of violation in December 2018.

After two stop-work orders in February 2019, Muresan halted new construction to expand his shop but continued to rent units.

In October 2019, the Health Department issued Muresan a notice of violation for illegal work he was doing to alter a drain field. He was ordered to have a licensed sewage system designer and installer perform the repair work. He has not done so, officials said.

In April 2020, the county issued an enforcement order describing Muresan’s use of his property with people living in RVs, trailers and tents as an “illegal campground” and ordered him to stop until a permit was obtained.

Muresan appealed the county’s order but was denied in a June 2020 public hearing.

In the hearing, a tenant testified that he lived in an 8-square-foot room in the shop. The room had no smoke detector and had exposed wiring laid over the floor. Since he has disabilities, the man said he had no bathroom access. Instead he used a portable toilet and didn’t shower, according to documents.

Hearing Examiner Theodore Paul Hunter wrote in his conclusions: “Mr. Muresan admitted that 12 individuals reside on his property in RVs, tents, and trailers, as well as in his house and shop, which is undergoing remodeling into living quarters. Mr. Muresan did not dispute that he did not obtain permits, but merely testified that he tried to do so."

The neighbors have "suffered from increased occupancy" of the property with more vehicles, noise and activity, Hunter wrote. The residences are unsafe and represent a fire risk in the neighborhood, he added.

The site "may introduce unhealthy conditions to the property and surrounding neighborhood, such as rats and unsanitary sewage disposal," Hunter wrote. "Building codes are intended to ensure health and safety for all, and it is inappropriate for one property owner to resist or avoid compliance. That is what is happening here. … Mr. Muresan has not complied with the law, and is harming others by failing to do so. It is not helpful to homeless individuals to offer unsafe and unsanitary living quarters.

"Although Mr. Muresan strongly believes his action of renting rooms and space for RVs, trailer, and tents is helpful to others, it is not. It causes harm; both to those who rent unpermitted living quarters and to the neighbors that live nearby. His activity must stop unless proper permits are obtained that ensure the health and safety of the residents and the buildings where they may reside,” Hunter wrote.

Hunter ordered Muresan to immediately stop rentals, stop the illegal campground, stop building and remove junk accumulation and vehicles. The hearing examiner ordered the tenants to be vacated within 21 days and imposed a daily penalty of $500 if they remain.

Since the June 2020 hearing, Muresan has continued to rent out rooms and vehicles. In October 2020, the county filed a $36,750 lien on his property to recover unpaid penalties that had accumulated.

As recently as Feb. 28, 2021, county staff noted that Muresan was advertising on Craigslist to rent rooms for $600 per month. At the end of March, he was found to have at least nine people living illegally on the property.

Now the issue is in the hands of the county prosecutor.

While Island County Prosecutor Greg Banks said he can’t comment on this specific case, but that generally speaking, courts in these types of cases can issue injunctions to require a property owner to bring the property into compliance at the owner’s expense.

“Courts can also require an owner to pay monetary penalties and costs to the county, which then become a lien against the property. Unpaid liens can lead to foreclosure,” Banks said.

“In Mr. Muresan’s case, nothing is off the table.”

There are at least multiple falsehoods in this article. Some corrected facts are there is refrigeration, hot water, and heat in every household David provides. David is a pillar of the community supporting others with homes and should be subsidized by the local government