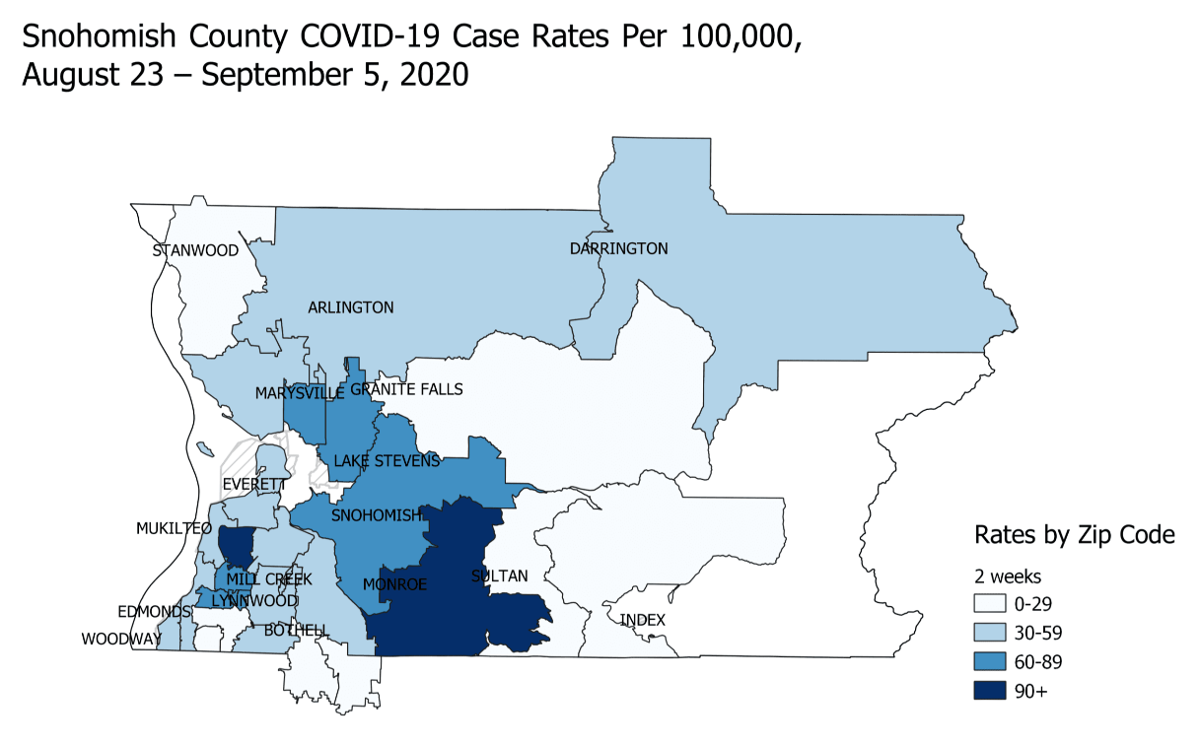 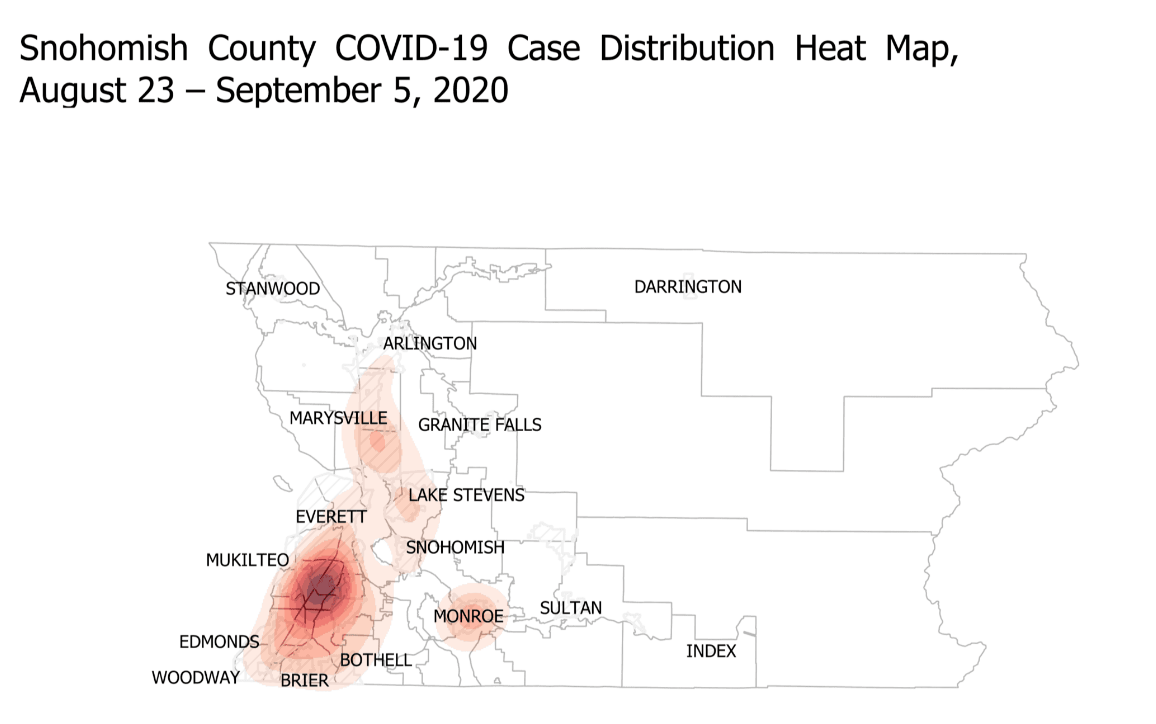 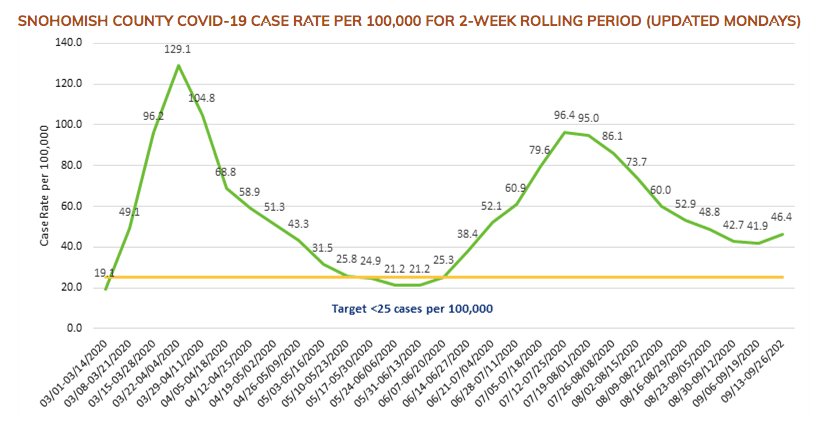 Coronavirus infections have been relatively low in the Stanwood area, according to data from the Snohomish Health District.

Though Stanwood has recorded 25 new cases so far in September — an increase from 21 in August — the overall amount of cases shows the 98292 ZIP code with fewer than 30 infections per 100,000 residents.

“The reality is that it’s starting to flatten out,”  Spitters said in a news briefing last week. “If you extended that line just the way it seems to be going, we wouldn’t reach 25 cases per 100,000 possibly before we hit the next wave or even if there wasn’t a next wave for many, many weeks or months in the future.”

Statewide, the rate of new virus cases increased slightly last week. State health officials worry the region is at a crossroads as people begin to spend more time indoors and some schools move to hybrid or other in-person models. Even slight increases in transmission due to these changes could result in exponential growth, according to the state Department of Health.

“As the weather gets colder and people spend more time indoors, we must all take precautions to reduce the risk of COVID-19,” state Health Officer Dr. Kathy Lofy said in a Friday news release. “If you gather inside with people outside your household, it’s critical to keep the group as small as possible. Limit the length of time you spend together and the number of gatherings you have. Everyone should wear face coverings and stay at least 6 feet apart. Opening windows can also improve ventilation, even if it means wearing extra layers to stay warm.”

One lesson the virus has taught everyone is that no one can let their guard down, Spitters said.

“We’re still in the middle of this,” he said. “Even when things are looking good, as they have been lately, we’ve really got to keep doing all the preventive measures. And that will persist even once vaccination is rolling out.”

“Hang on and keep doing the good work you’re doing,” he said. “Don’t anticipate the end of this prematurely.”

Meanwhile, the Stanwood-Camano School District plans to welcome back students in grades K-3 in a hybrid model on Monday, Oct. 5. Those students will attend in-person learning two days a week.

The slow, measured move to a hybrid model, which several other Snohomish County school districts are also planning to start in October, is following state and local health officials’ guidance as long as infection rates are below 75 cases per 100,000 people.

“I think we’ll see schools transitioning into that as long as everything else remains stable going forward,” Spitters said.

COVID-19 cases still dropping, but 'we’ve got a long way to go'

Though local COVID-19 infection rates are declining, health officials warn that the region i…

If local health metrics remain constant or improve, local schools plan to welcome back students in kindergarten through third grade on Oct. 5 and students in fourth and fifth grades on Oct. 26.

Virus rates rebounding throughout the state

After about six weeks of decline, state health officials are seeing COVID-19 cases increase throughout Washington.