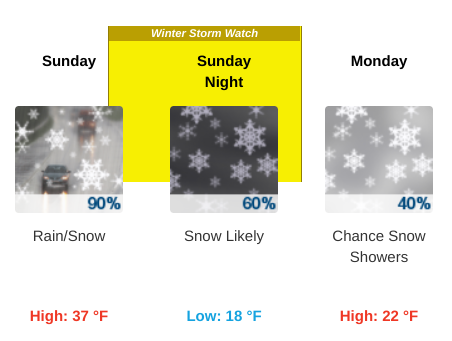 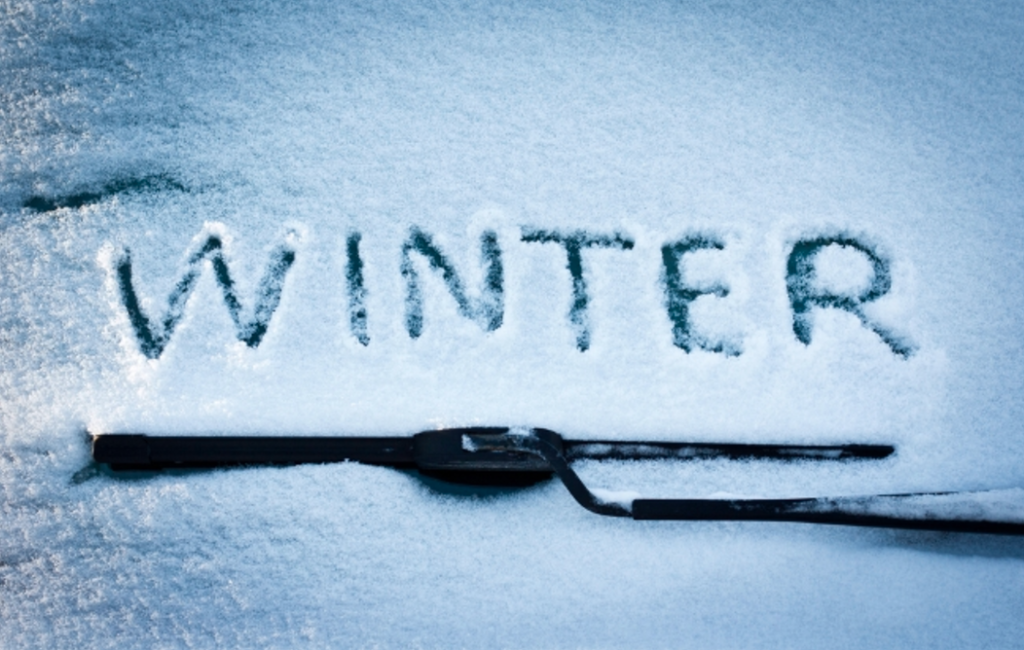 A Sunday storm could bring 2-6 inches of snow to the Stanwood-Camano area, according to a winter storm watch issued Saturday afternoon.

Forecasters warn that heavy snow is likely with accumulations of 2 inches to 6 inches possible. Wind gusts could hit 40-45 mph during the snowstorm.

Officials warn that travel could be very difficult, including over mountain passes — which have closed on and off during the past few days as more than a foot of snow fell on the roadway.

"Cold wind chills will develop and blowing snow will be possible around Bellingham and in the San Juans," according to the Weather Service. "Cold air will spread south through the rest of Western Washington Sunday night along the modified arctic front. Temperatures that fall below freezing can lead to icy roads after even light snowfall."

“The public's safety is always our priority,” Snohomish County Executive Dave Somers said in a news release. “During potentially hazardous situations, such as a serious storm, we take steps to prepare. We are grateful to the men and women of our road crews and other public safety professionals who work during these weather events. We urge the public to use common sense and give our crews room to work.”

“We have enough salt, sand, and mixed products available for at least seven continuous (24/7) days of snow and ice fighting. We have our full complement of trucks and sanders ready to go,” said Steve Flude, the Snohomish County Road Maintenance Division Director. “Also we added plows to a few of our one-ton trucks to allow for even greater responsiveness in hard to reach areas. Steps have been taken to ensure we are able to secure additional abrasives should the need arise. We even have coordinated with our county’s fleet division to ensure they are ready to repair our vehicles or replace our plow blades.”

Before heading out, officials recommend commuters check their travel routes and options. For those traveling through unincorporated Snohomish County, visit the Public Works Snow and Ice webpage for snowplow and sander route priorities, and road closure information. The prioritization of snow and ice routes are based on public safety needs, traffic volume, transit and school bus routes, terrain, and knowledge of problem areas.

Those along the oceanfront should also be aware of upcoming high tides could near records.

The Weather Service is forecasting high temperatures in the upper 20s and lows in the upper teens in the Stanwood-Camano area for the majority of next week. Lows could reach the single digits on Tuesday — predicted to be the coldest day of the week.

You may be in a flurry about the chances for lowland snow next week (ha get it? a snow pun!), but we don't want to overlook the very cold temperatures heading our way! Most locations will be below freezing Sunday night into Wednesday. Prepare now! #wawx pic.twitter.com/zoQRrXfsaw

Washington weather can be tough on pets. If possible, bring Fido and Fluffy inside when it’s cold. Or at least be sure they have access to food and drinking water that isn’t frozen. #WaWx pic.twitter.com/dnxbXucl7q

Scenes from Silvana on Tuesday, Jan. 7, 2020, after the Stillaguamish River flooded.