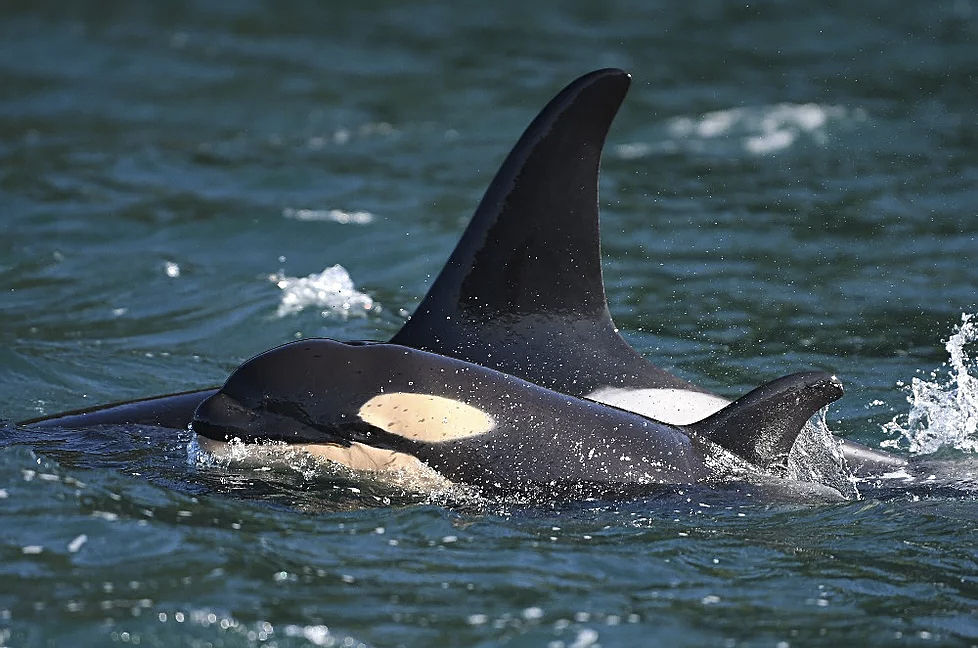 The new birth to L pod brings the population of the southern residents to 75. 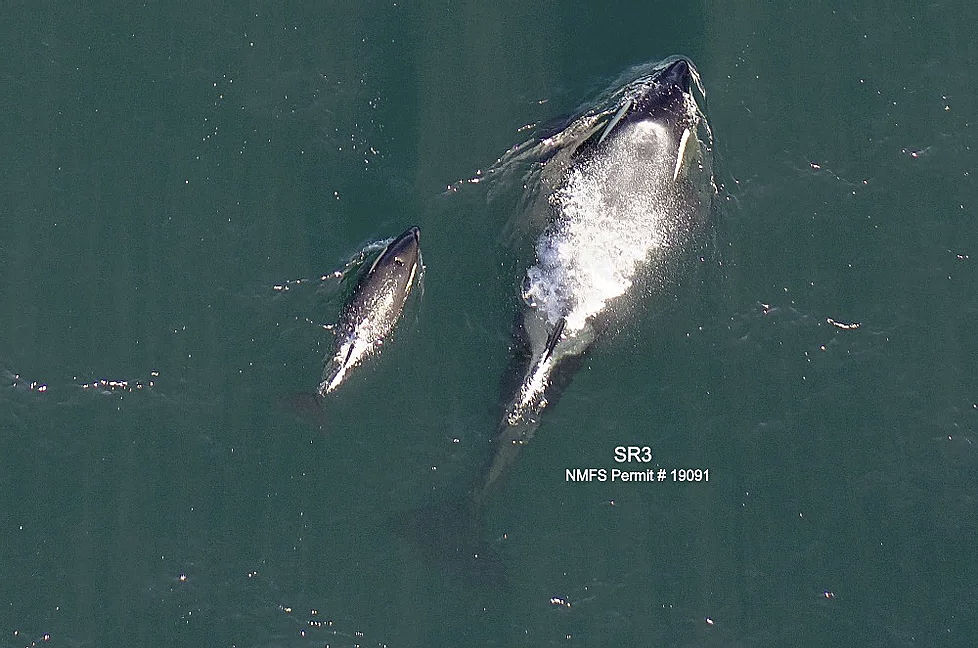 Female orca L86 and her new calf are seen from a remotely-controlled drone flown 100 feet above the whales by John Durban and Holly Fernback. They estimate the baby to be 4-6 six weeks old.

The Center for Whale Research announced confirmation Feb. 17 that a Southern Resident orca calf has been born to the L pod.

The calf, named L125, is estimated based on its size to be at least a month old.

“It is nicely filled out and appears to be a perfectly normal little calf,” Dave Ellifrit, Center for Whale Research identification expert, said in a release.

L Pod hasn’t had a calf born since January 2019. Two other calves born in J pod last year appeared to be healthy, the center said.

The three pods were seen together with the new calf in Haro Strait this week.

NOAA names dwindling salmon populations, pollution and vessel noise to be top risks to the orcas, but has recently declared vessel strikes to be an underappreciated problem.

A new calf in L pod! The Center for Whale Research (CWR) is thrilled to confirm that a new calf, L125, has been born into the Southern Resident killer whale (SRKW) community. https://t.co/pLc7lCSxQK pic.twitter.com/TSxpFbu7EP