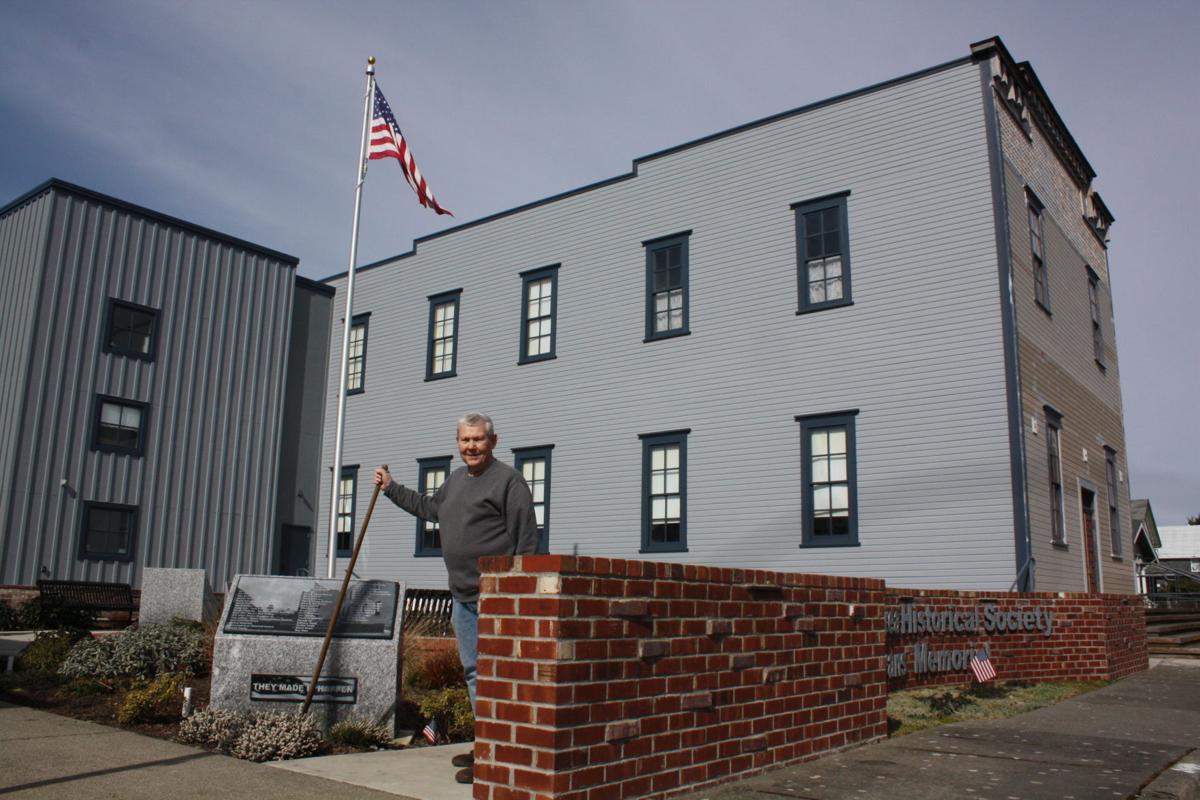 The south side of the Floyd Norgaard Cultural Center has been restored through the generosity of the community. Volunteer Bill Keller, with help from Jim Joyce, is getting the Veterans Memorial Garden ready for a small, but safe Memorial Day service. 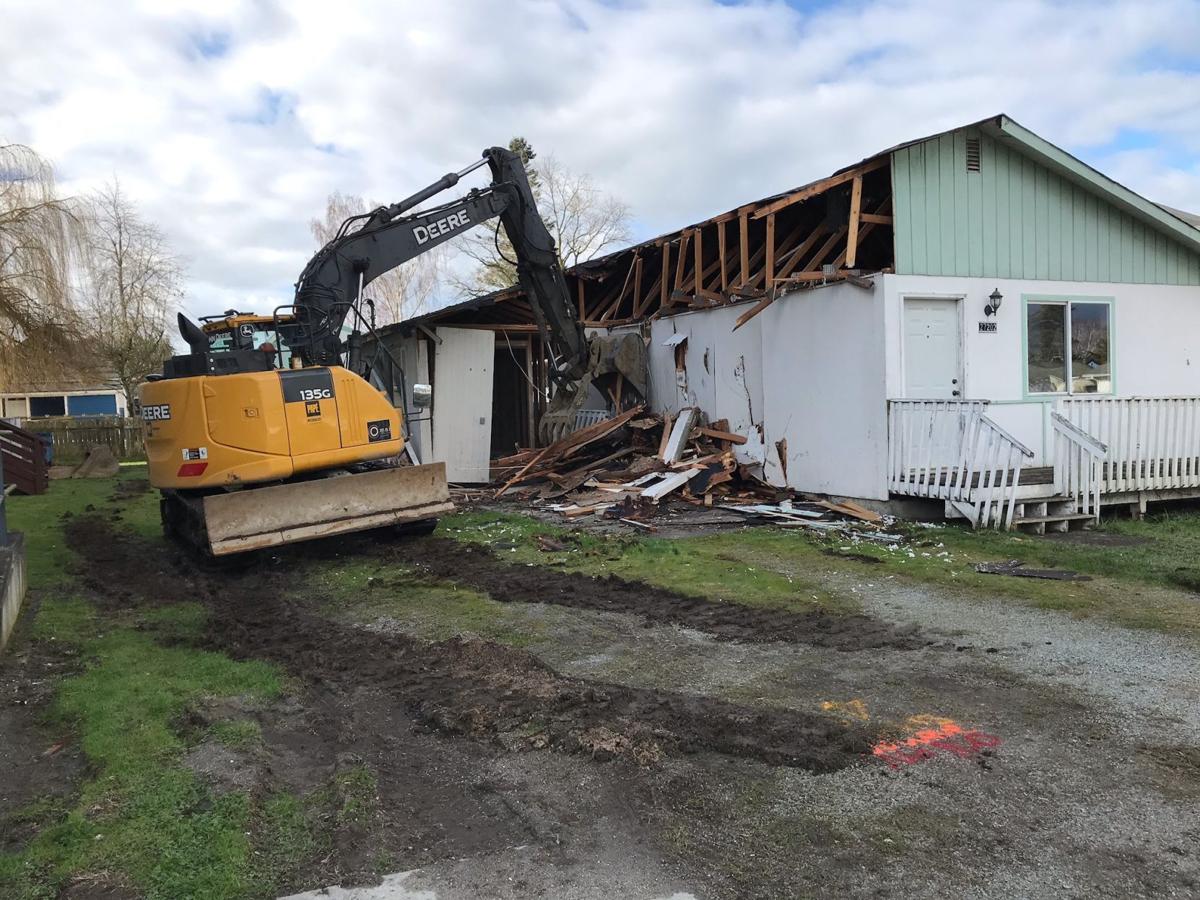 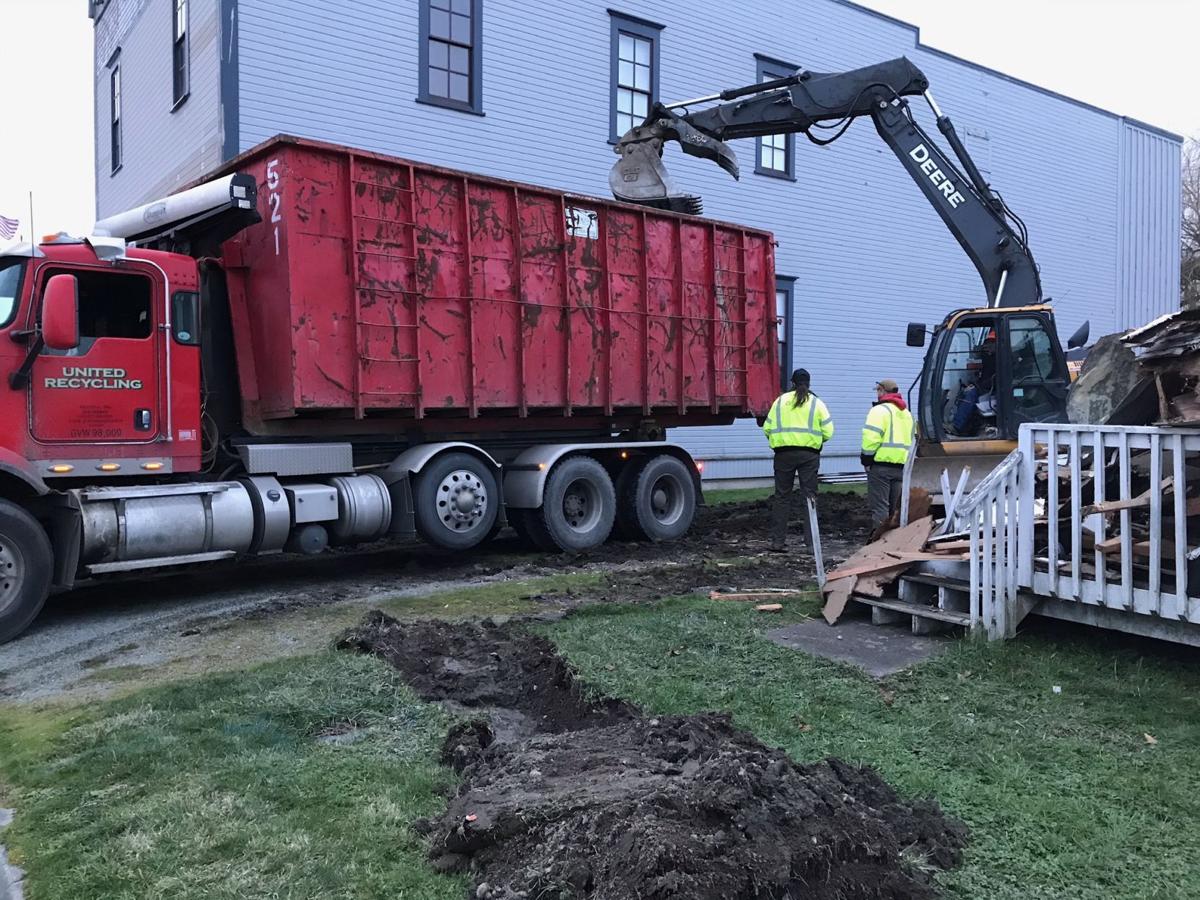 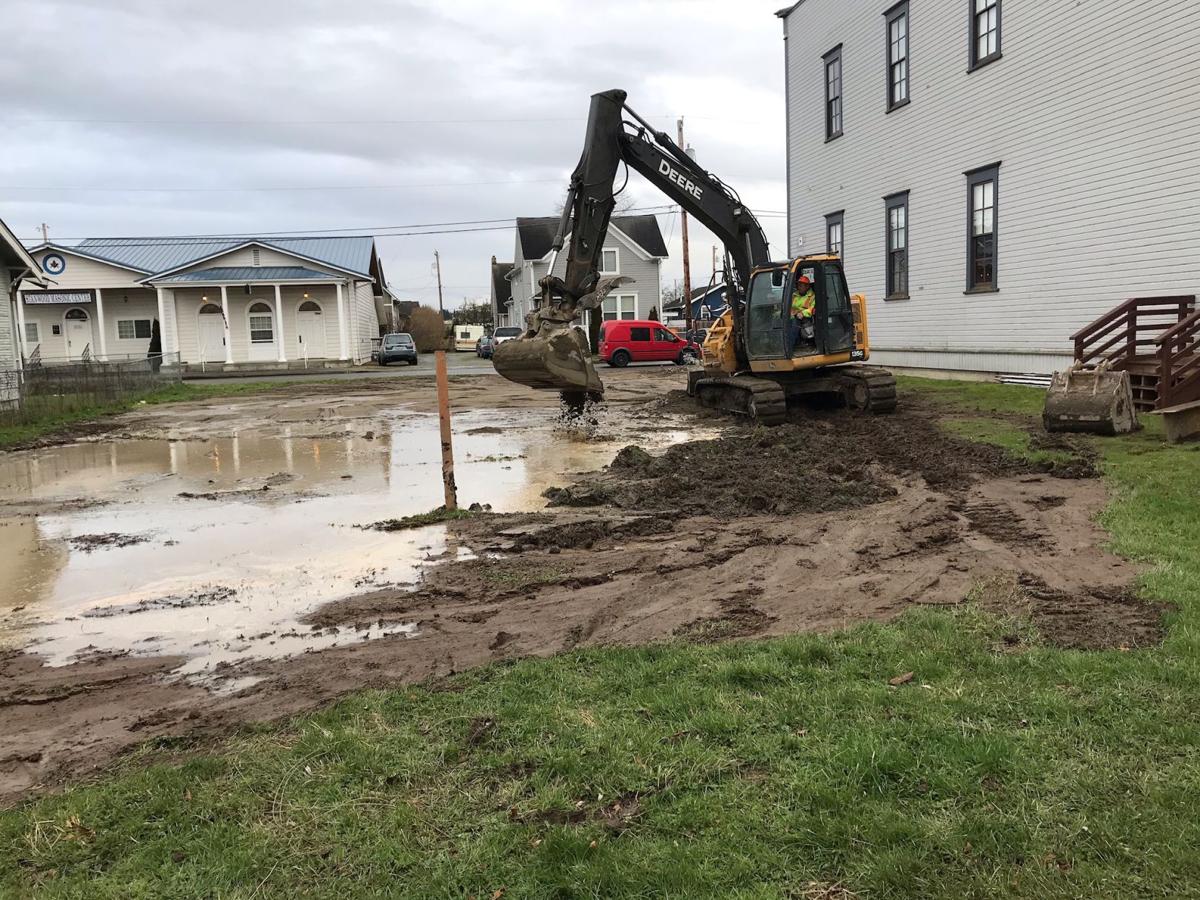 The south side of the Floyd Norgaard Cultural Center has been restored through the generosity of the community. Volunteer Bill Keller, with help from Jim Joyce, is getting the Veterans Memorial Garden ready for a small, but safe Memorial Day service.

For the Stanwood Area Historical Society, an organization that tracks time in this twin-town pioneered along the Stillaguamish River, it’s been a year of struggle, surprises and generosity.

It’s through generosity that SAHS was able to work through the pandemic year on crucial building projects. The board hopes it can open slowly and safely in the near future.

A year ago, SAHS had ramped up community events, mostly held in the Floyd Norgaard Cultural Center. After wrapping up a sleigh-full of 2019 Christmas concerts and activities, SAHS hosted the 2020 Snow Goose Festival just as COVID-19 hit.

Suddenly the future was canceled. Gone were plans for the annual Spring Tea, the Fourth of July Ice Cream Social and all the events in between. Bills kept coming in.

“We were closed for one year, with not a dime of revenue coming in from that hall. We used to do 18 events per year and had another 45-50 events where people rented the hall. So it was just devastating to be closed,” Treasurer Robin Hanks said.

This volunteer-run organization owns all but one of the properties on the west side of the 27200 block of 102nd Avenue — The Floyd, the Pearson House Museum, the Tolin House and the Eldridge Center. Each building is a huge responsibility with maintenance, insurance and utility bills. Three houses were purchased to provide rental income, but they came with repair problems and there was never enough money. SAHS sold one in January 2021.

The 1971 era house with the carport north of the Floyd was in such bad shape when SAHS bought it in 2004, they never invested in repairs. Just before COVID-19 hit, they inspected it and found the place was beyond repair. They asked their renters to move out and planned to raze the building to make way for a greater future use. The pandemic paused demolition.

The Floyd was the highest priority. This large hall was built in 1902 as a gem for community gatherings — and now with a leaky roof and peeling paint, it was in dire need of repair.

But how? Events and state preservation funds were canceled. Funds were focused on other organizations helping people who lost their livelihoods.

SAHS was sunk without income, or so its members thought.

Then donations came in starting with an anonymous $10,000 donation to paint the Floyd. The Stillaguamish Tribe granted $10,000 more. Stanwood Camano Area Foundation stepped in with $6,000 to help with bills and utilities. The city of Stanwood gave $5,000 in CARES Act funds.

The Historical Society needed $50,000 above operating costs. With partial funds in hand, then-president Richard Hanks and the board decided they had to do the work now or risk losing the building. The group took a chance on the community pitching in to bridge the financial gap.

Robin Hanks credits the Stanwood Camano News articles in helping to get the word out.

“That turned into giving. Because of local generosity, we were able to start restoring,” she said. “The year of generosity has been astounding. People have given their service and money.”

D.G. Hopkins Painting and A.R.A. Construction squeezed the Floyd into their schedules because they wanted it to be done right. They worked on it over the summer and found a lot more rot than expected.

“We’re getting down to the bones of the building and fixing it the way it needs to be restored, because the roof had failed; it was rotten. The cornice at the front of the Floyd had failed,” Hanks said.

The south side is done. Now that the weather is clearing up, work continues to complete the rest. When finished, the 119-year-old hall will be ready for another century.

Meanwhile, next door to the Floyd, the rental house was sitting empty and rotting. SAHS didn’t know when it could come up with the bucks to demolish it. But then they got a surprising offer.

Les Anderson said that his wife, Diane, a member of the Society, told him about the house and how plans had been delayed to remove it.

“I told them, ‘Let me do it, and I’ll get it down for nothing.’ I called the people that I know and they said sure, I’ll do that,” he said.

“Les pulled together for all these people to do thousands and thousands of dollars of work for this community,” said Karen Prasse.

Prasse, a local historian, has been volunteering for SAHS for 30 years and is president this year.

“I’ve known Tim forever. They agreed to take it down. They demo a lot of homes in their business,” Anderson said.

Omni took down the house and contacted United Recycling and Container in Snohomish to recycle the materials, also for free. Then Lenz Enterprises took the broken concrete from the foundation and driveway and leveled out the hole, providing sand and gravel backfill.

After the house was torn down, the lot was smooth and nice. Then cars drove in, “cutting cookies,” and made a mess of it. So Ken Christoferson, with Stanwood Redi-Mix, offered concrete barriers to block cars from the property, and Don Stratton of Sideline Excavation of Camano hauled and placed the blocks, all for free.

“It was quite a bit a work; it would have cost a pretty penny to get done. They all donated skill, time and materials to get it done for a nonprofit organization,” Anderson said.

During the pandemic, SAHS had time to scrutinize records and discovered a way to cut costs.

SAHS rents out the Floyd to other organizations for meetings and events. All of them were nonprofit, except for Weight Watchers. It turns out when SAHS rented to a for-profit organization, they had to pay property taxes, which for the Floyd is about $10,000.

“With a public hall, we have to report our usage to the state every year. We were actually losing money, but we didn’t know it,” Hanks said. “When COVID hit and Weight Watchers pulled out, I found I could use the whole property tax exemption.”

Board members are getting vaccinated and looking to the future.

When things open again, volunteers will give tours of the Pearson House Museum and the Stanwood Camano exhibit upstairs in the Floyd. The Eldridge Center will be open for research.

“Volunteers learn about the history and share it with other people. We instill a sense of history for the area, so it’s a place rather than an anonymous suburb. There are so many stories to tell,” she said.

“We’re going to slowly wake up and have an outdoor event, maybe something in the Floyd socially distanced, tours by appointment. We’re pondering our options,” Hanks said. “We’ve been holed up in our houses, so we can come out now — and we like it — it kind of goes with spring.”

“We hope to be open for an outside Memorial Day service,” Prasse said.

Bill Keller and Jim Joyce tend the Memorial garden. They’re replanting the shrubs they salvaged when the Hopkins brought in painting equipment, including a lift. Now that the 40-foot south wall is done, the gardeners are putting the garden back in order in time for Memorial Day, with big dreams of opening small and safely, thanks to a year of generosity.

Fixing the Floyd: Group trying to save 118-year-old Stanwood building

The sign says, “Closed Until COVID is History,” but the 118-year-old Floyd Norgaard Cultural Center as is busy as ever. The Stanwood Area Historical Society is restoring the vintage building so it doesn’t disappear into the history books.