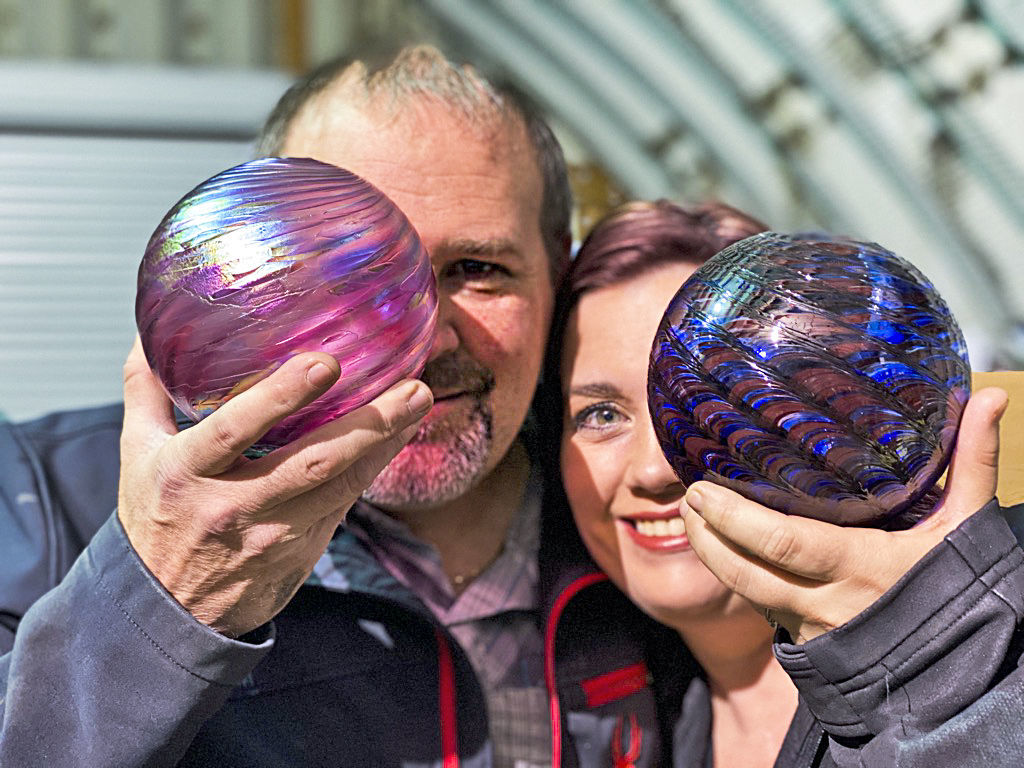 Chuck Barlew and Amy DeCrescenzo are the brains behind Xtreme Quest, a challenging twist on the annual Glass Quest treasure hunt. 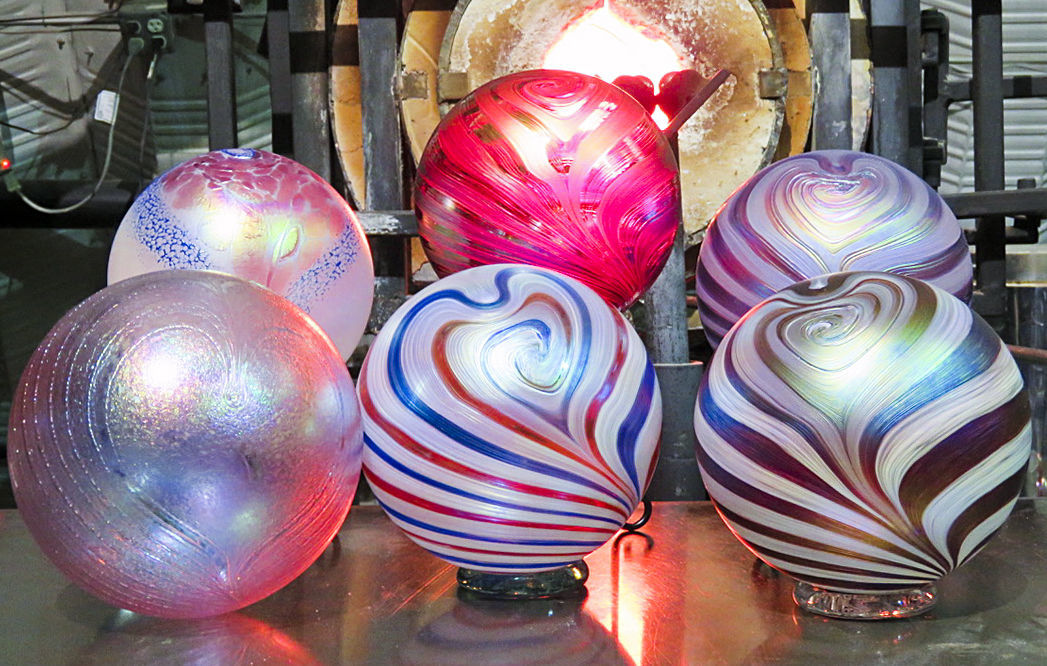 People who finds a clue ball on or around Valentine's Day have a chance to receive a special "heart float" — a glass ball with a swirled heart design created by Mark Ellinger.

Chuck Barlew and Amy DeCrescenzo are the brains behind Xtreme Quest, a challenging twist on the annual Glass Quest treasure hunt.

People who finds a clue ball on or around Valentine's Day have a chance to receive a special "heart float" — a glass ball with a swirled heart design created by Mark Ellinger.

As the 11th annual Great Northwest Glass Quest gets ready to kick off Feb. 14-23, Chuck Barlew and Amy DeCrescenzo are busy crafting elaborate and intricate clues for those seeking a tougher challenge. A growing group of sleuths called Xtreme Questers have dialed up the difficulty level.

"Xtreme Quest is about not only using your feet and your eyes but also your brain,” Xtreme Quest organizer Barlew writes on the group’s Facebook Page, where he and his partner DeCrescenzo post clues. “Solving puzzles, equations, deciphering words. All the things you do to get yourself completely involved and active."

Xtreme Questers follow all the same rules and use the same public locations as traditional questers, but multi-layered riddle create a unique experience.

"I put a lot of thought and planning into the clues that we post," Barlew said. He was standing with DeCrescenzo in Mark Ellinger's Glass Quest studio among hundreds of effervescent glass balls packaged in totes awaiting distribution to sponsors.

Glass Quest is a free public event planned by the Camano Island Chamber of Commerce that attracts more than 10,000 people to the area each year for an epic hide-and-seek adventure in the Stanwood-Camano area. It allows businesses and organizations to hide plastic clue balls in public spaces.

Questers search for the hidden clue balls — which are often camouflaged with paint, texture or decorations — and exchange them for hand-blown glass balls uniquely created by Glass Quest artists Mark and Marcus Ellinger of Stanwood.

"We anticipate the 2020 Great Northwest Glass Quest to be an action-packed 10-day event with more visitors than ever visiting the Stanwood-Camano area to quest, shop, dine and explore the beauty of our parks and recreational activities,” said chamber Executive Director Jessica McCready.

Clues can be tricky

Barlew and DeCrescenzo hide their clue balls first and then mastermind the corresponding clues to find them. Xtreme Quest clues often incorporate photos, history, geography, mathematics, navigation and wordplay, as well as nods to encryption-hyped movies like “National Treasure” and “The Da Vinci Code.”

Xtreme Quester Jeryl McDonald wrote on the Xtreme Quest Facebook page last year that she had found a clue ball in the fort by the ivy wall. It wasn't easy.

She wrote that it took "three hours of looking at pictures of the boards to decode, then two days of searching."

Xtreme Questers rejoiced, congratulating McDonald before moving on to another awaiting clue ball.

"The group forum has been a real asset for people to stay motivated," Barlew said. "And while they don't spoil the answers, they do often link up to search areas together."

"Xtreme Questers are like comrades, we really cheer each other on," said Jennifer Mellum, who'd found a clue ball during one of the year-round Xtreme events that Barlew and DeCrescenzo now host in conjunction with Glass Quest Studio. "It's nice to get outdoors, and Chuck and Amy are just super positive and supportive."

From the start, Barlew has worked hard to build that kind of interactive family friendly culture within Xtreme Quest just as the entire Glass Quest has.

Barlew began as a regular quester when the event started in 2009. He was looking for something free and fun to do with his kids. It soon became his passion.

In 2013, he became an independent participating business in Glass Quest and started creating his own style of clue ball hunts. Before long, he developed a reputation for hiding extremely challenging clue balls.

When Barlew introduced his partner, DeCrescenzo, to Xtreme Questing in February 2018, she too became hooked. Together they manage the Facebook group page “Xtreme Quest of the Great Northwest,” which they launched just a week before the 2019 Glass Quest. It now boasts nearly 500 members.

That same year, they hosted a children's Extreme Quest event at Lake Goodwin, and this year will host an Xtreme kids' event at Heritage Park where the winner takes home a glass ball. All young participants will receive what's called a "glass pebble," a quarter-size piece of smooth glass clipped near the end of the glass blowing process.

Clue balls must be visible from at least one angle without disturbing vegetation, and questers are encouraged to respect the environment and leave-no-trace as they search — a practice of ensuring natural spaces stay natural, untrampled and litter-free.

"Questers have a real sense of community," DeCrescenzo said. "Whole families get out together, and even though our Xtreme Quest clues can be challenging, we do our best to keep all of our searches kid and pet-friendly."

Glass Quest has something for everyone