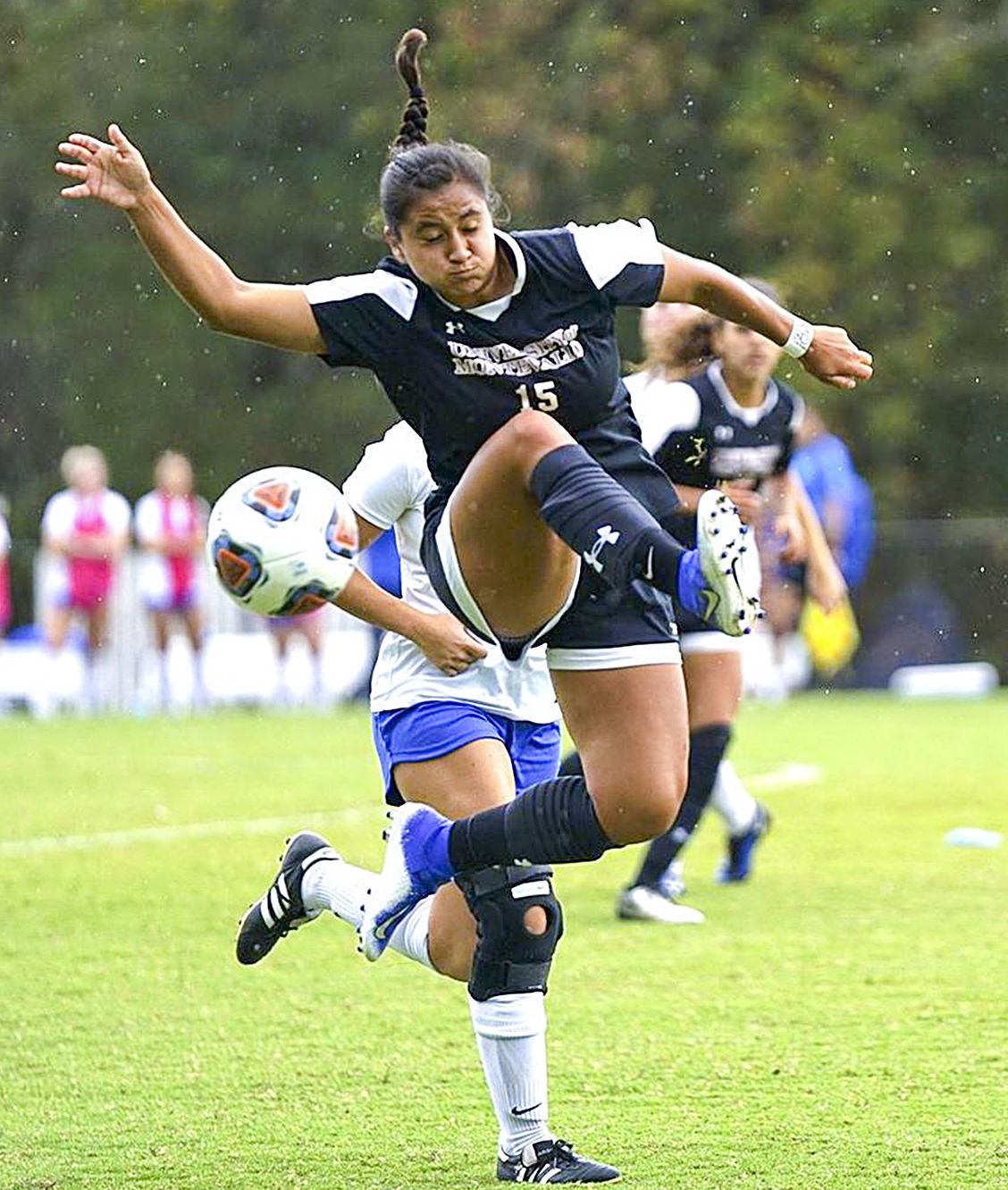 Espy Sanchez, a 2018 Spartan grad, scored four times this season for the University of Montevallo women’s soccer team, helping power the Falcons to a 14-3-4 season record and a Gulf South Conference Tournament title. 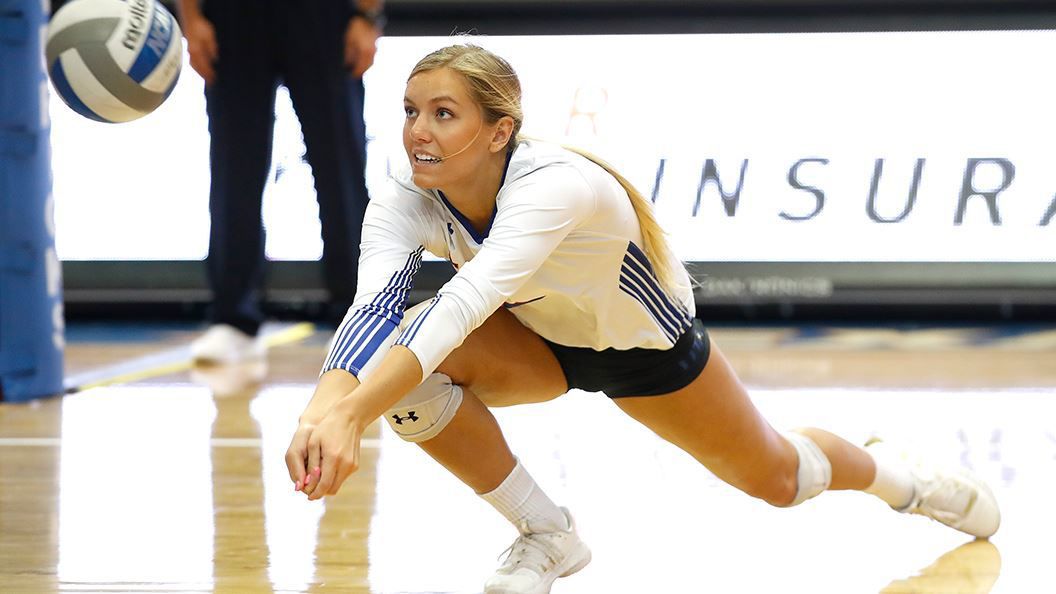 Devon Martinka saw time off the bench all volleyball season for the University of Texas Arlington Mavericks.

Espy Sanchez, a 2018 Spartan grad, scored four times this season for the University of Montevallo women’s soccer team, helping power the Falcons to a 14-3-4 season record and a Gulf South Conference Tournament title. In the tournament semifinal against University of West Florida, the tied game went to a shootout where in the fourth round Sanchez converted to give the Falcons a 3-2 advantage. Montevallo went on to win 5-4, advancing to the final on Sunday where the Falcons beat Lee University 2-1 with two late goals.

Three former Spartans were significantly featured this past season for the Skagit Valley College volleyball team. Sophomore Taylor Lamb led the team with 212 kills and 179 digs. Paityn Palmer, a 2019 Stanwood grad, led the team with 37 service aces, ranking 15th in the entire NWAC. Fellow 2019 grad Teaghan Eddy served as the team’s libero and got 135 digs on the season.

Rensselaer Polytechnic Institute student-athlete Luke Brezak of Camano Island was named All-League by the Liberty League for men’s soccer. Brezak, a sophomore goalkeeper, was named Honorable Mention. He started 12 games and posted a record of 9-0-3.

Hannah Petersen opened her freshman campaign for University of Jamestown women’s wrestling with a second-place finish Nov. 9 at the Waldorf Open in Forest City, Iowa. The 2019 grad won by tech fall in the quarterfinals and by pin in the semifinals before being pinned in the finals in the 109 pound division.

Mason Phillips is starting his redshirt freshman season for the No. 17-ranked North Carolina Tarheels. The former three-time state champion is wrestling in the 157-pound weight class.

Devon Martinka saw time off the bench all volleyball season for the University of Texas Arlington Mavericks. The 2019 Stanwood grad had 76 kills, 21 digs and 34 blocks for the 16-12 Mavericks, who next open the Sun Belt Volleyball Championships on Thursday at Texas State University.

Saylor Anderson, a 2018 Spartan graduate, is helping propel Whitworh Pirates volleyball to a 20-6 record. The sophomore is second on the team with 475 assists, adding 195 digs and 41 service aces. Fellow Spartan grad Jordyn Foxen, a freshman, has seen action in a few games. The Pirates fell Nov. 15 in the opening round of the NCAA Division III tournament to Colorado College to end their season.

Madison Chisman helped open the Whatcom Community College hoops season Nov 15 with a 108-72 win over South Puget Sound College. The freshman started and played 22 minutes, scoring 12 points on 5-of-7 shooting and grabbing eight boards. The a 2019 Stanwood grad was one of four Whatcom players in double digits, including 50 points from Danielle Tyler.

Haley Strowbridge, a 2016 Stanwood alum, is averaging nine points per game early in the women’s basketball season for the George Fox Bruins. The senior scored a season-high 14 in a Nov. 10 win over at East Texas Baptist.

Taylor McCall has scored five goals and two assists this season for the University of Providence Argonauts. The 2019 Spartan grad has helped the Great Falls, Montana, school to an 11-4 record to start the season.

Kaitlin Larson is averaging more than nine points per game early in her sophomore season for Westmont College’s women’s basketball squad. The 2018 Spartan grad is a starter for the 2-1 Warriors, who is also averaging six rebounds a game early in the season.

Ashley Alter is coming off the bench at Seattle Pacific University early this season for the women’s basketball team. The 2018 Stanwood alum has connected on nine of 20 attempts from 3 so far for the Falcons

Two former Spartan hoop stars — AJ Marinka at Colorado and Matt Vail at Seattle University — have yet to see time on the court early in the men’s basketball season. Coaches plan to redshirt Vail this season.

Checking in on recently graduated Stanwood High athletes competing at the next level ...