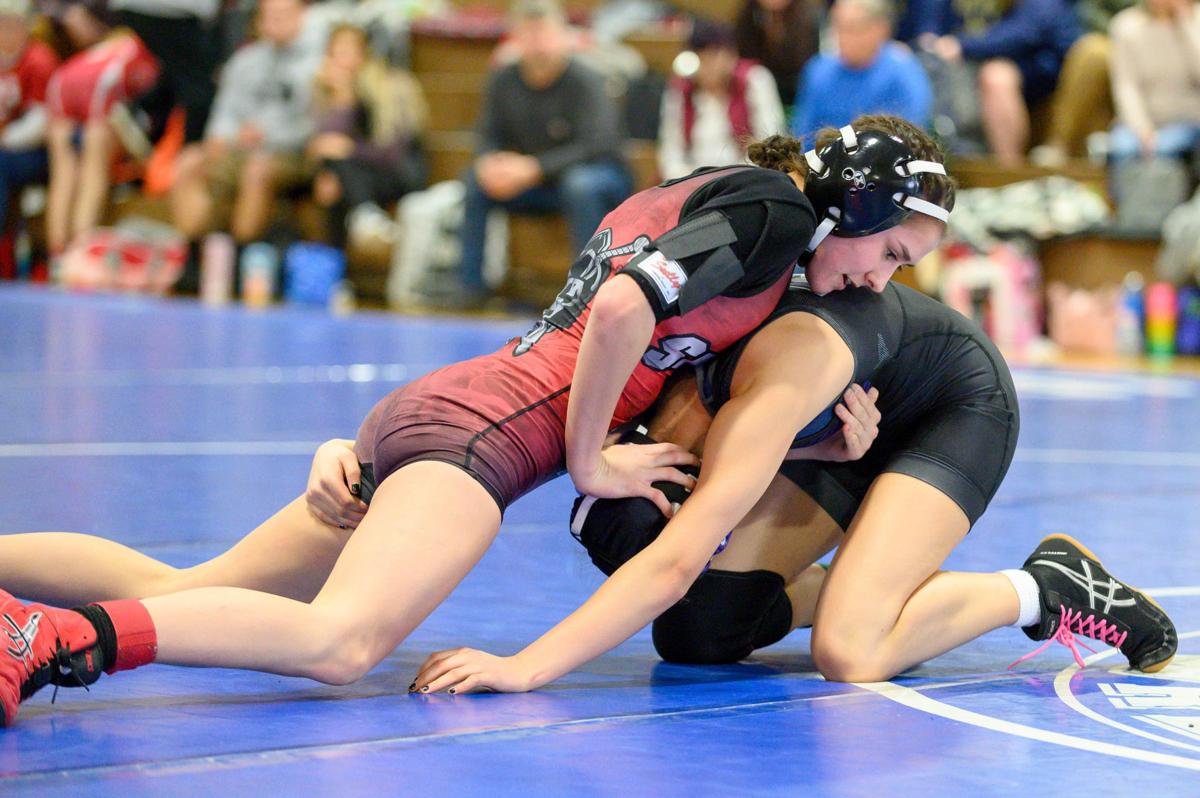 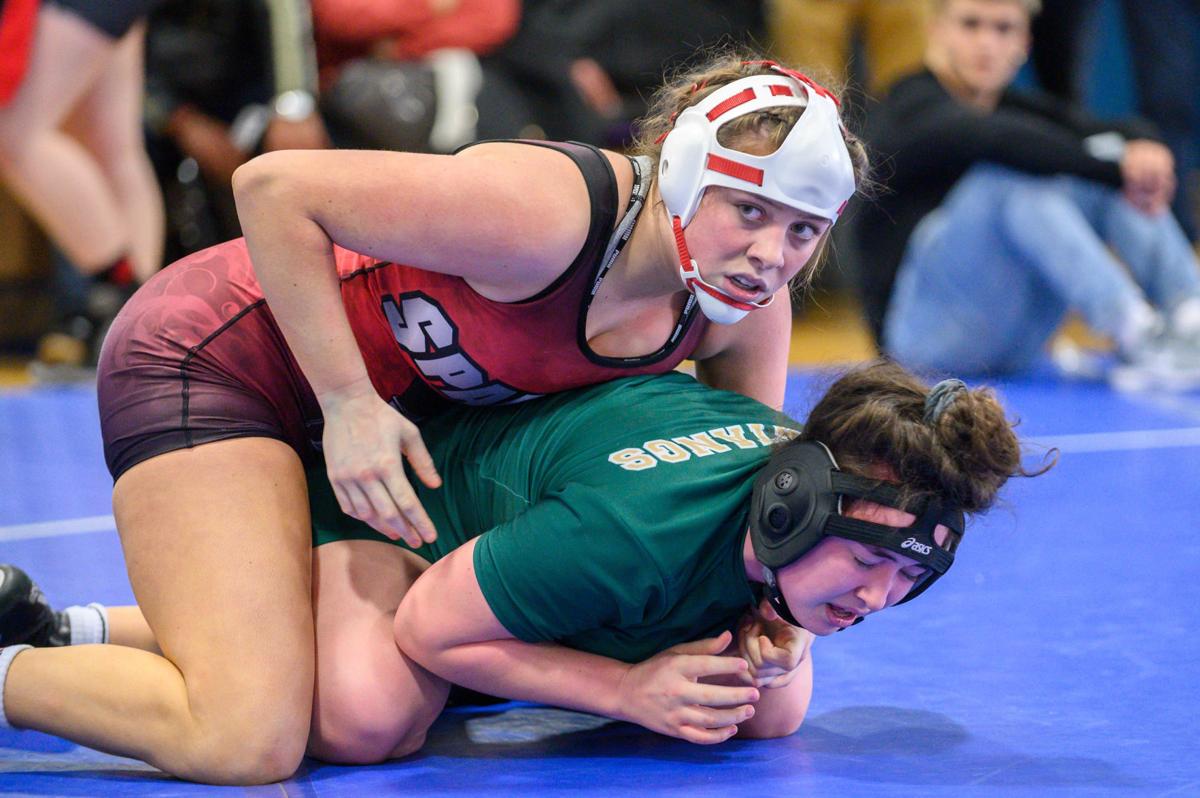 “We’re much further ahead of where we were at this point last year,” head coach Todd Freeman said.

Five of Stanwood’s six wrestlers in the varsity bracket placed, led by Chanel Siva and Anna Schander, who placed second and third, respectively, in the heavyweight bracket. Aleena Wiegand placed third in the 140-pound bracket, Taylor Eldridge took fourth place at 100 and Autumn Ortega earned fourth at 170. Aliya Hammons went 1-2 at the event.

“We were just 10 points out of first place,” he said of the 350-girl event. “It’s a great tournament. The competition is getting better and tougher each year.”

The huge tourney was just the appetizer for the Spartans who are slated to go to three events this week. Stanwood heads back to Sedro Woolley for a smaller scramble on Wednesday, to Jackson for a scramble on Thursday and south to Cowlitz County for the massive Kelso Invite on Friday and Saturday.

“We want to keep improving,” Freeman said. “Wins and losses don’t matter much right now. As long as the girls keep taking steps forward, they’ll be ready when districts start. That’s when wins and losses matter.”

The girls will host a bingo night fundraiser at

The Spartans then return home for Senior Night on Jan. 14.

The Spartans opened the New Year with a win and a loss last week.

“We had our single best defensive game of the year,” head coach Trent Adams said. “Unfortunately, we had a 180 the next day.”

Stanwood rallied from an early hole to top Bothell 51-46 on Jan. 2, besting a 4A KingCo squad that had been averaging 57 points per game.

“It was one of our better games,” Adams said. “All of the principals we’d been working on shined in that game. We want to be a defensive-minded team that holds teams to fewer points than they regularly score.”

Offensively, the Spartans schemes were working, too. Shelby Lund led the team with 18 points, Madison Plautz added 13 and Grace Walker had five. In all, nine Spartans scored.

“Offensively were running what we want to be running” he said. “We got open looks and our shots were going down. We walked out of that game feeling good about where we’re at.”

The next day, however, Stanwood dropped a league match to Lynnwood 51-45.

“It was our worst defensive game of the year,” Adams said.

“We’re still learning and building the foundation to what we need to succeed in the future,” Adams said. “We just need more reps now — just rep, rep, rep — then we can let them loose.”

The Spartans, who return to the mat Thursday at Marysville-Getchell, are now ranked No. 2 among the state’s 3A schools, according to washingtonwrestlingreport.net. That’s the highest ranking in school history. On Saturday, Stanwood travels to the Panther Classic in Snohomish. That tournament will air live at stspn.com.

Stanwood dives back into the pool with three events this week. The Spartans host Kamiak on Tuesday, host Glacier Peak and Snohomish on Thursday, and travel to the Kentridge Invite on Saturday.

Stanwood senior kicker Garrett Craig lost track of how many footballs he lost to the brambles next to the practice field at Port Susan Middle School.

“There’s probably $500 worth of balls in the forest back there,” he said.

The practice paid off, Craig said. The senior received 3A all-state honors from The Associated Press for a stellar season in which he connected on 9 of 13 field goals, including two from 44 and 43 yards. He also converted 20 of 22 extra-point attempts. The state teams are selected by sportswriters and editors from around the state.

“It’s all the hours putting in work behind the scenes showing on the field,” Craig said. “I think it was all worth it. But I feel like I could do more.”

Craig said he is undecided on post-high school plans, but would like to continue kicking for a football team. He’s attended Chris Sailer kicking camps and the Spartans’ offseason weight-lifting programs.

“I knew I wanted to be a kicker after the first practice as a freshman,” said Craig, who had played soccer but not football prior. “It just clicked right away. Right after I was told I was going to be the kicker, I went home and started researching how to get better.”

Spartan football kicking coach Dennis Judd said he’s not surprised by the honor from the AP.

Visit StanwoodCamanoLL.org for more information and to register your child.

SCLL also is seeking volunteers and better equipment and maintaining fields. Donations will help less fortunate kids participate and help grow the league. Visit the website for information on volunteering, donations or inquiries about sponsorships or participation.