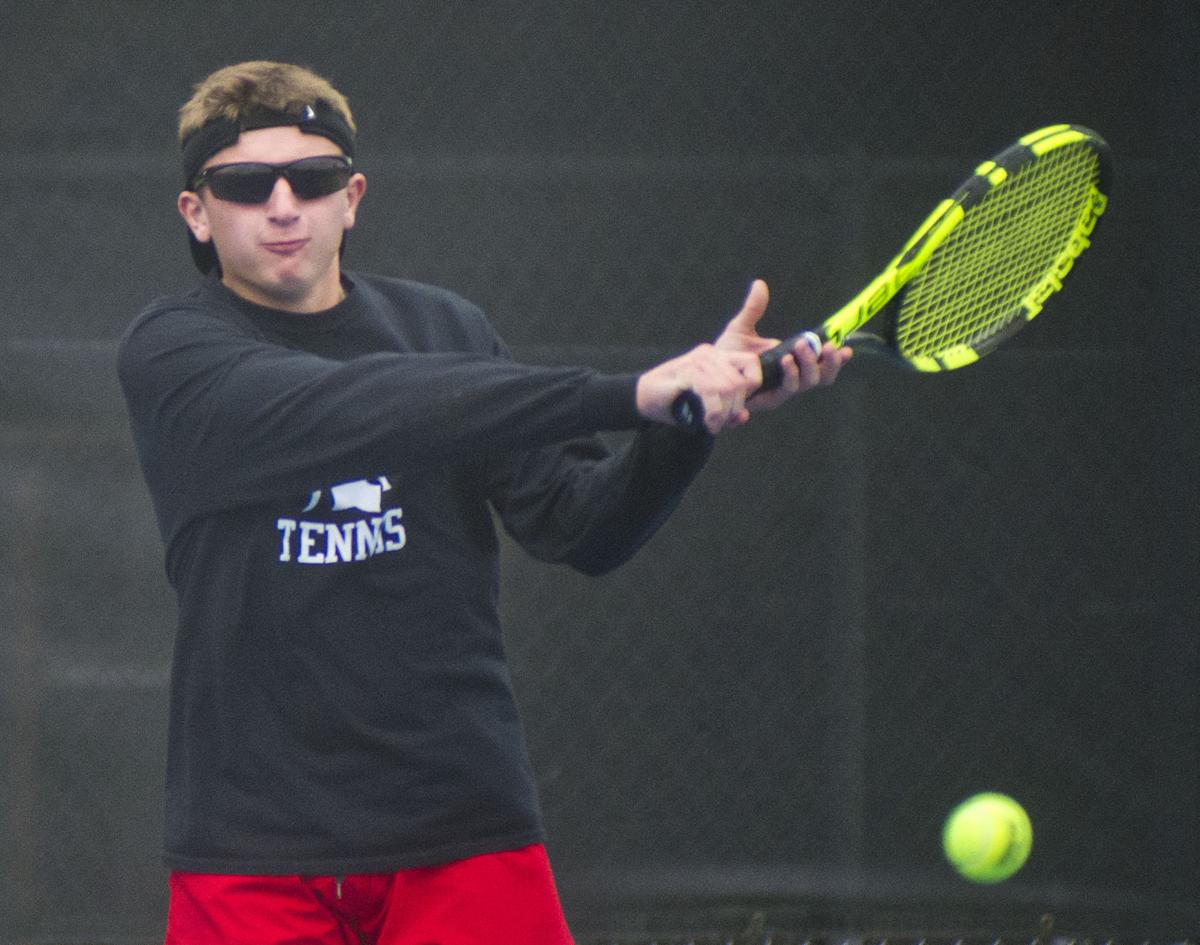 Scenes from the Stanwood boys tennis match against Marysville-Pilchuck on Wednesday, Sept. 22, 2021. The Spartans won 7-0. 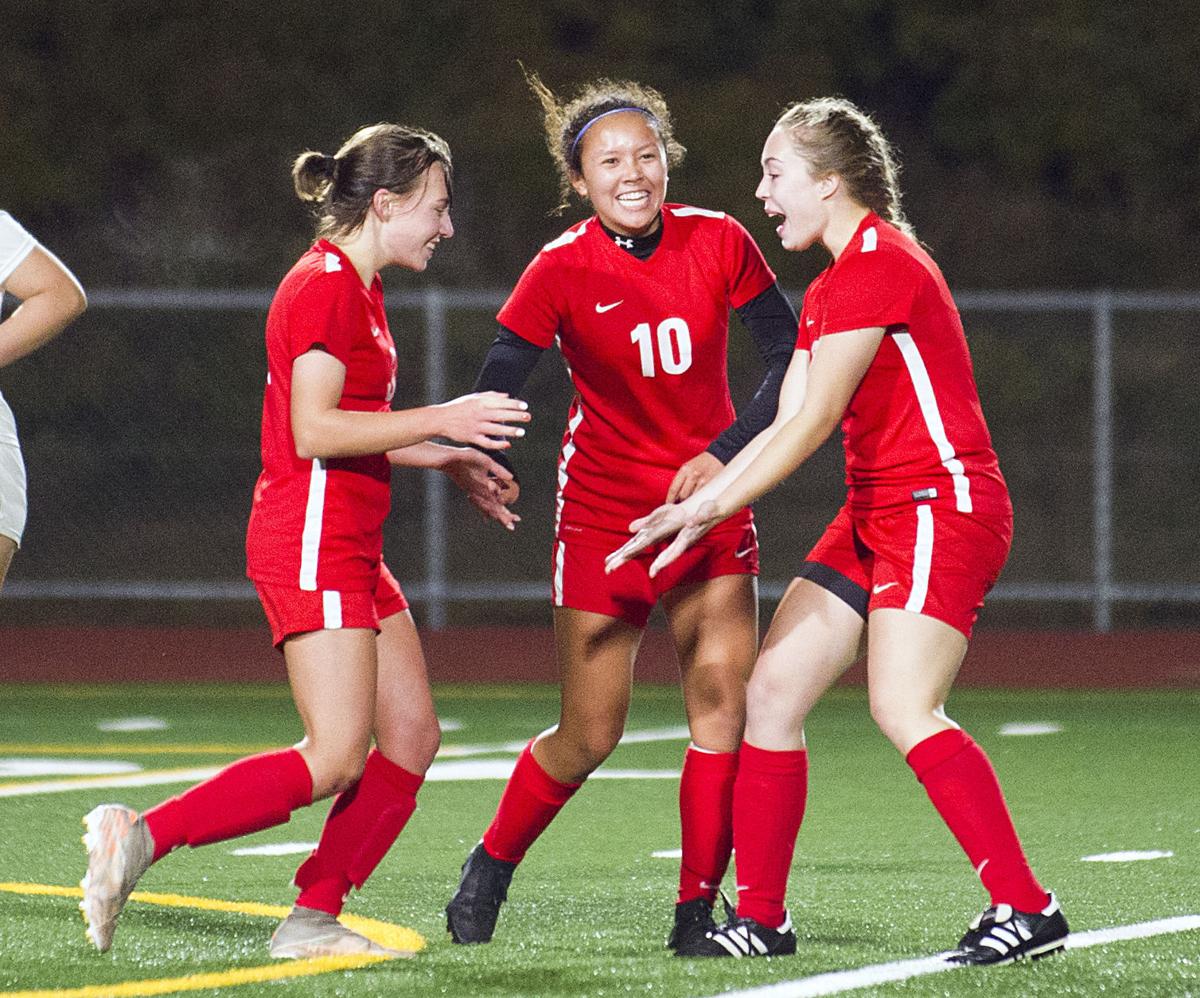 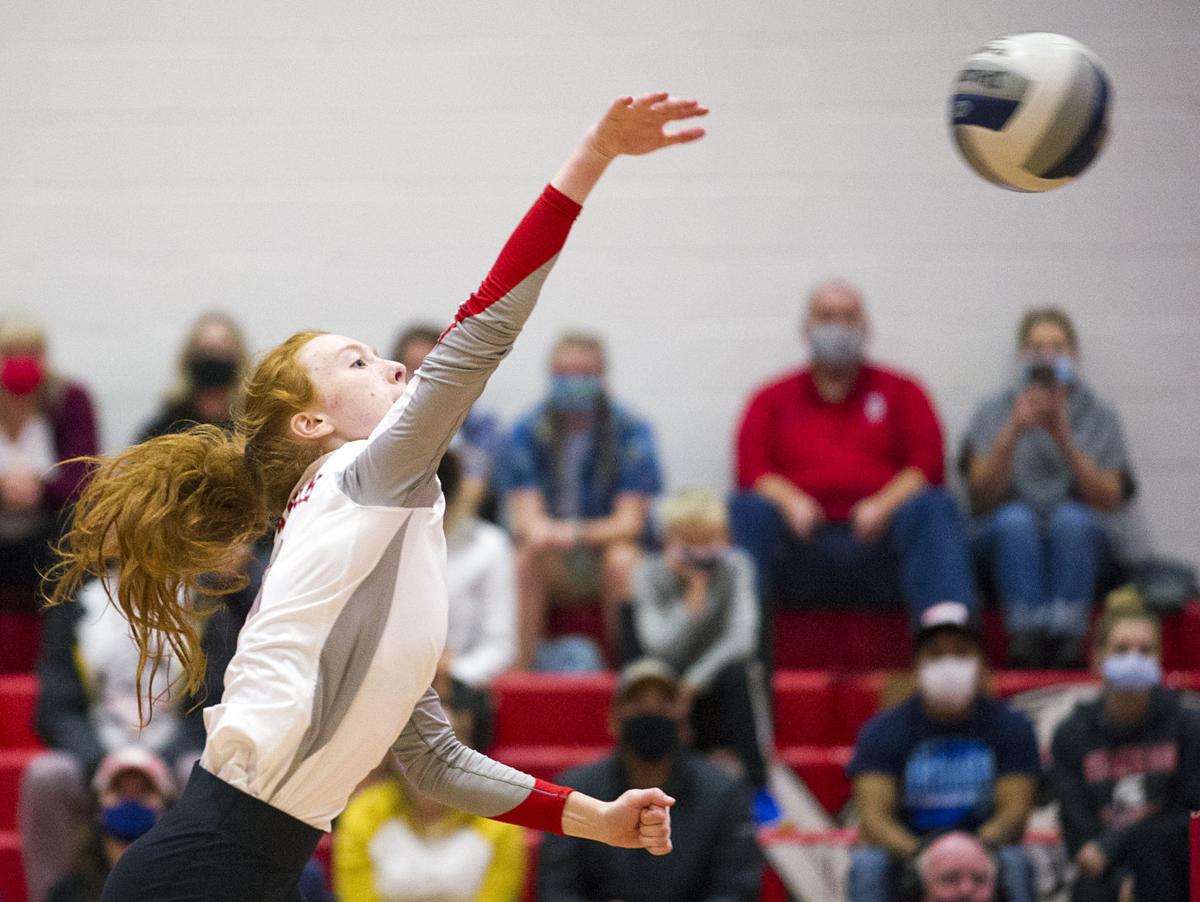 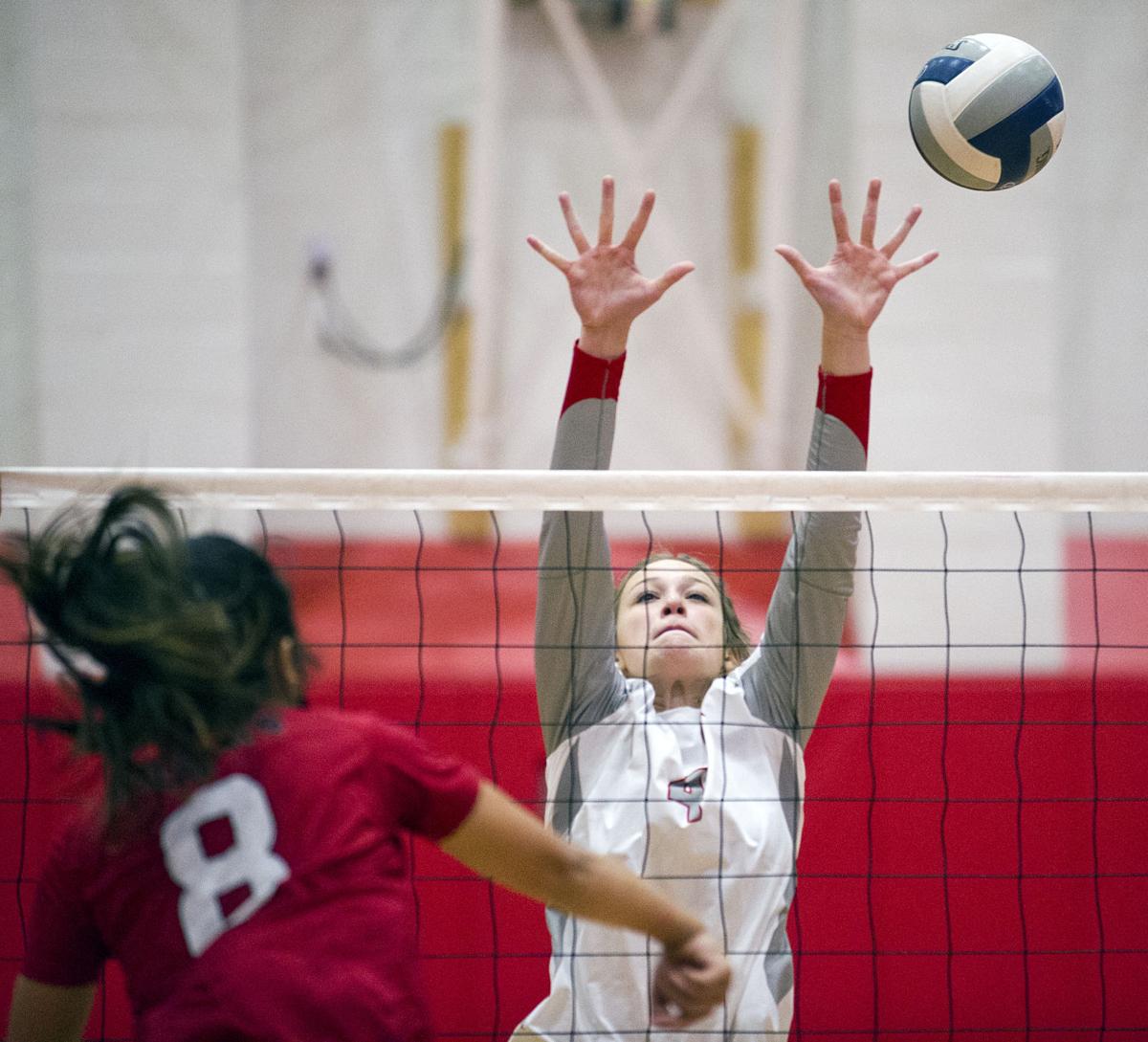 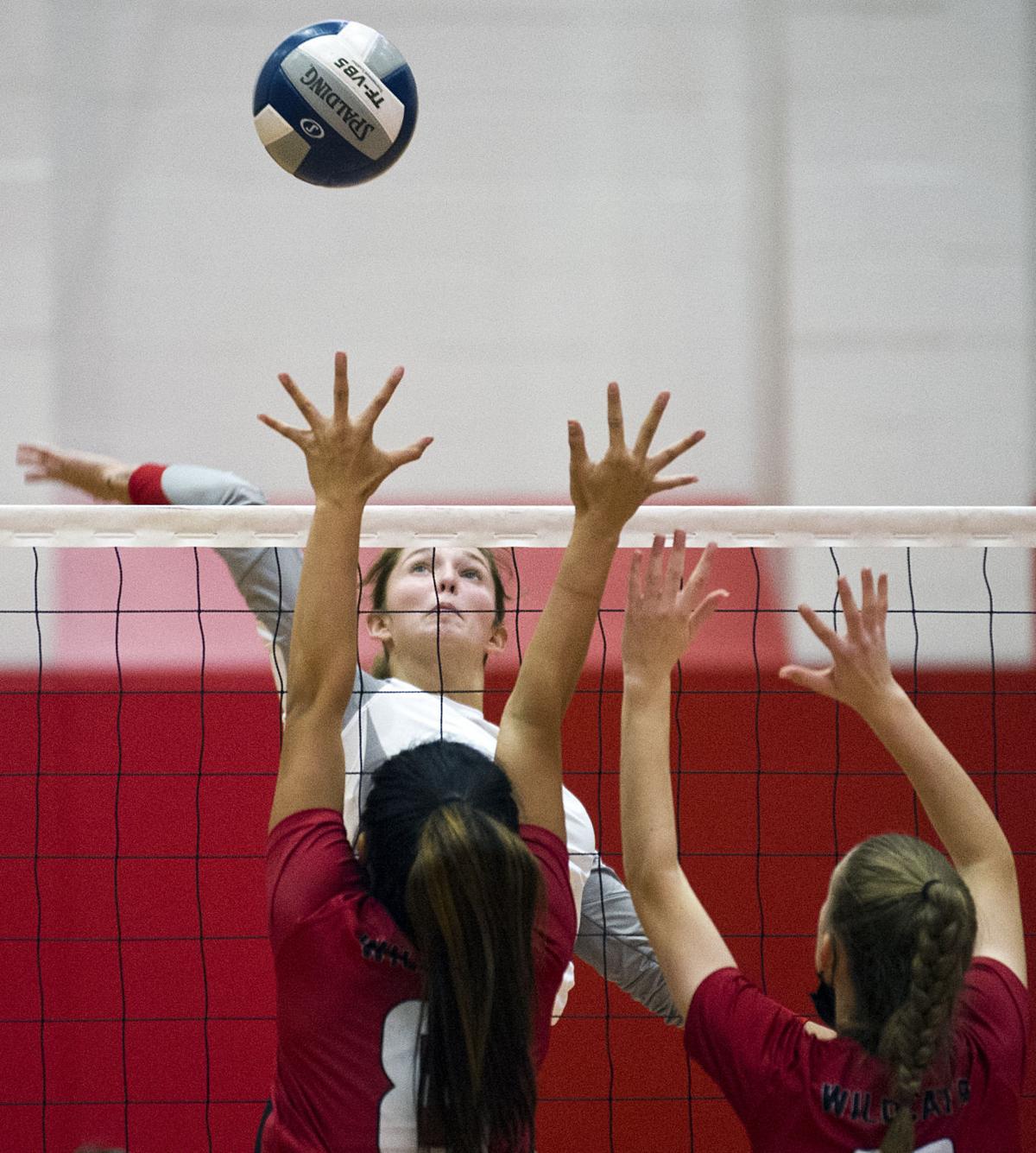 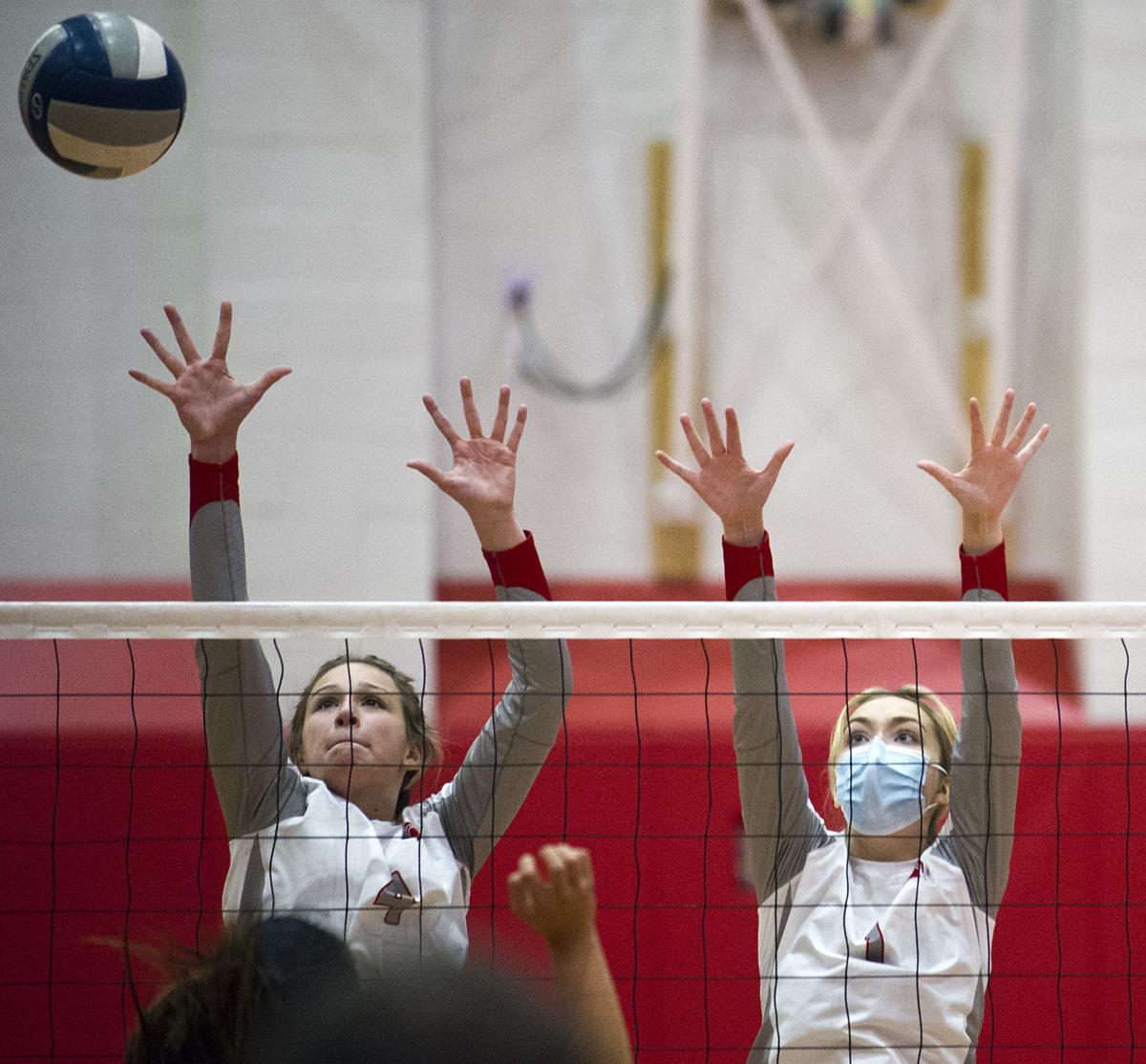 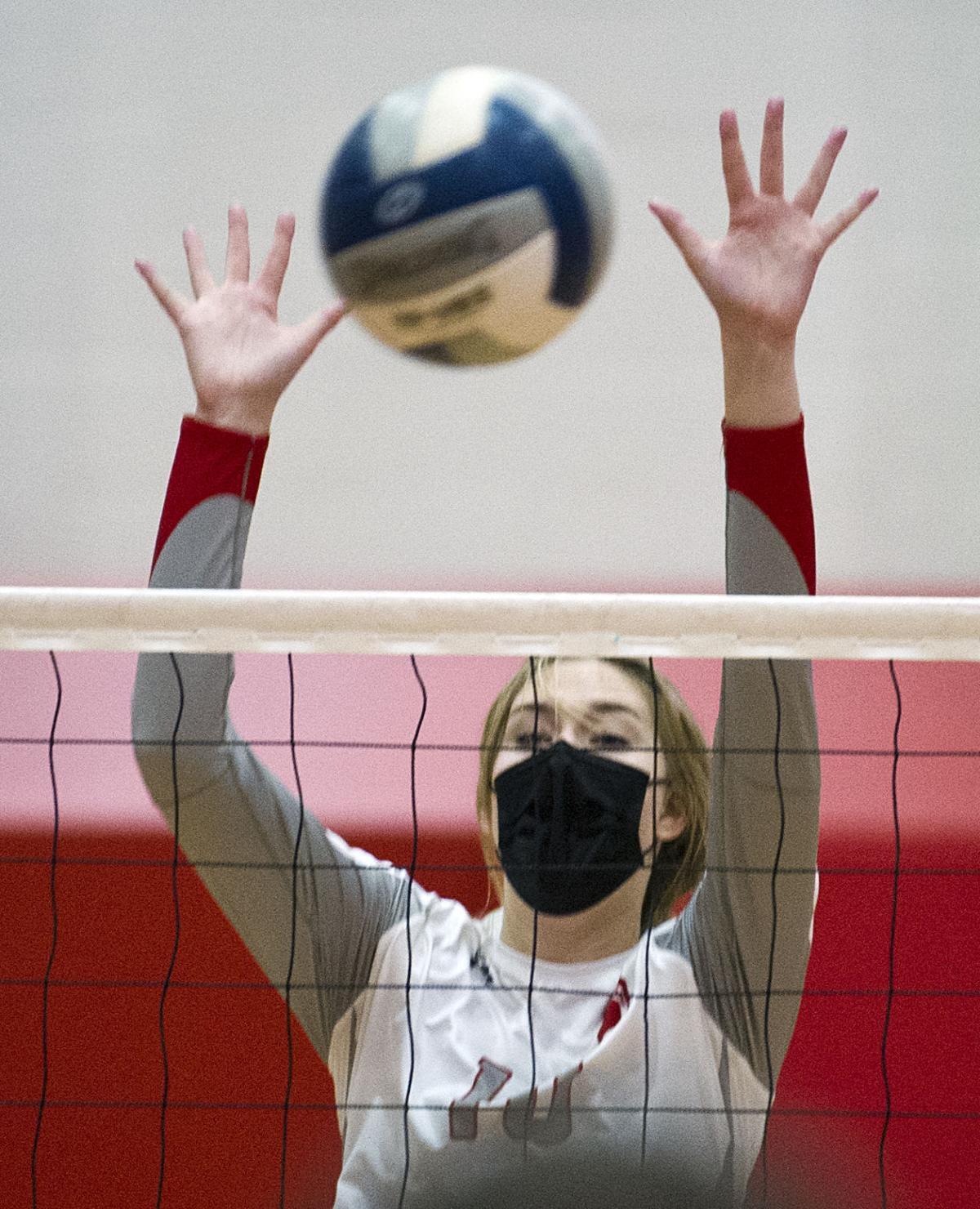 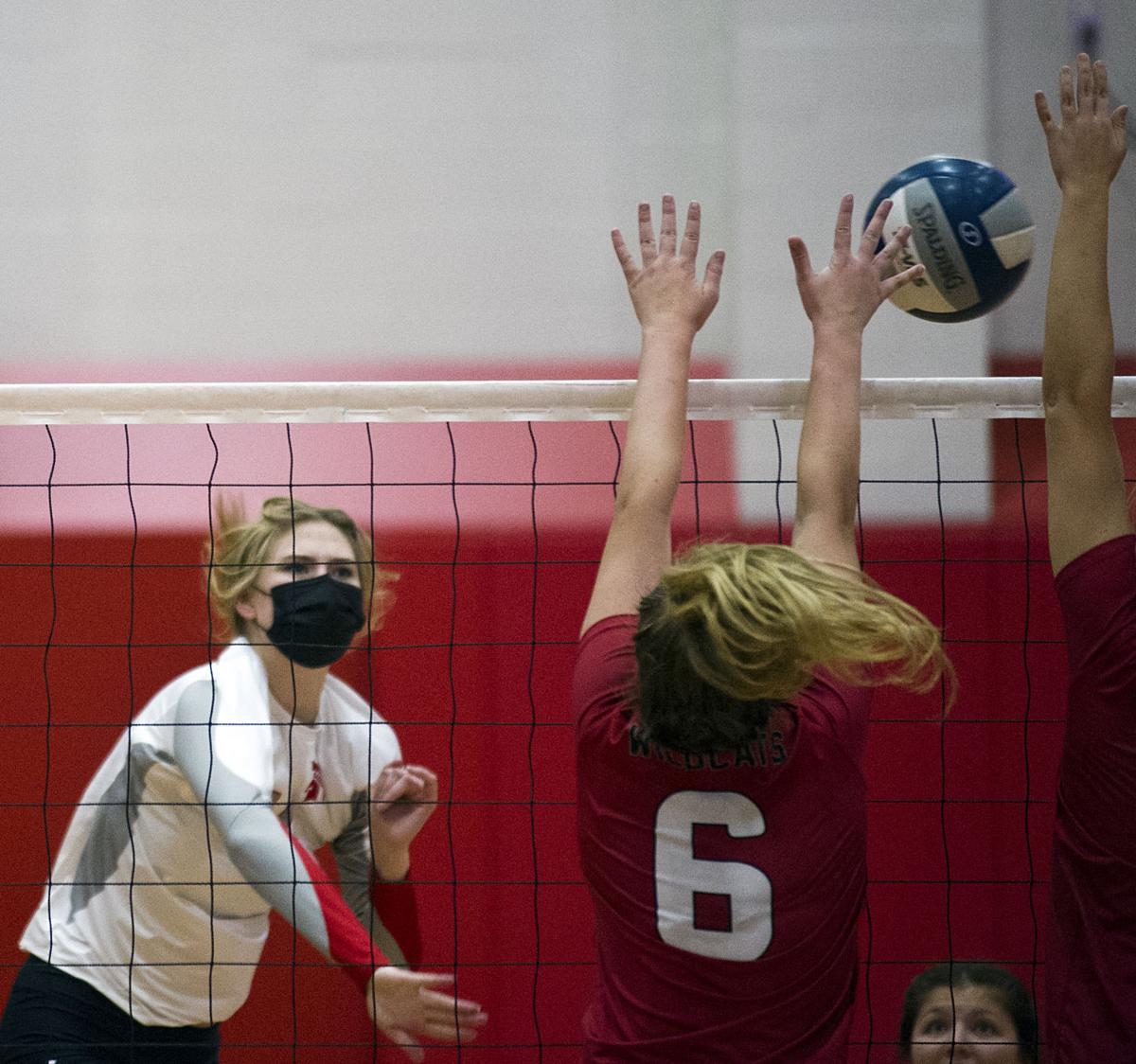 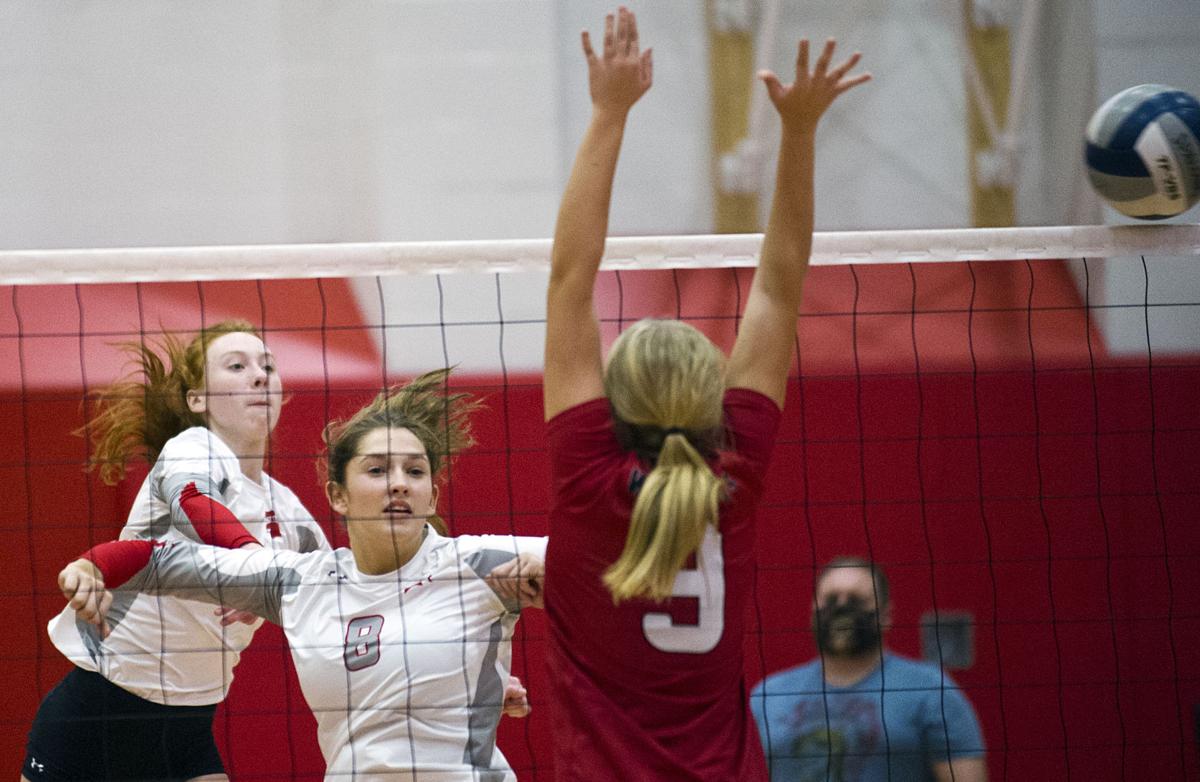 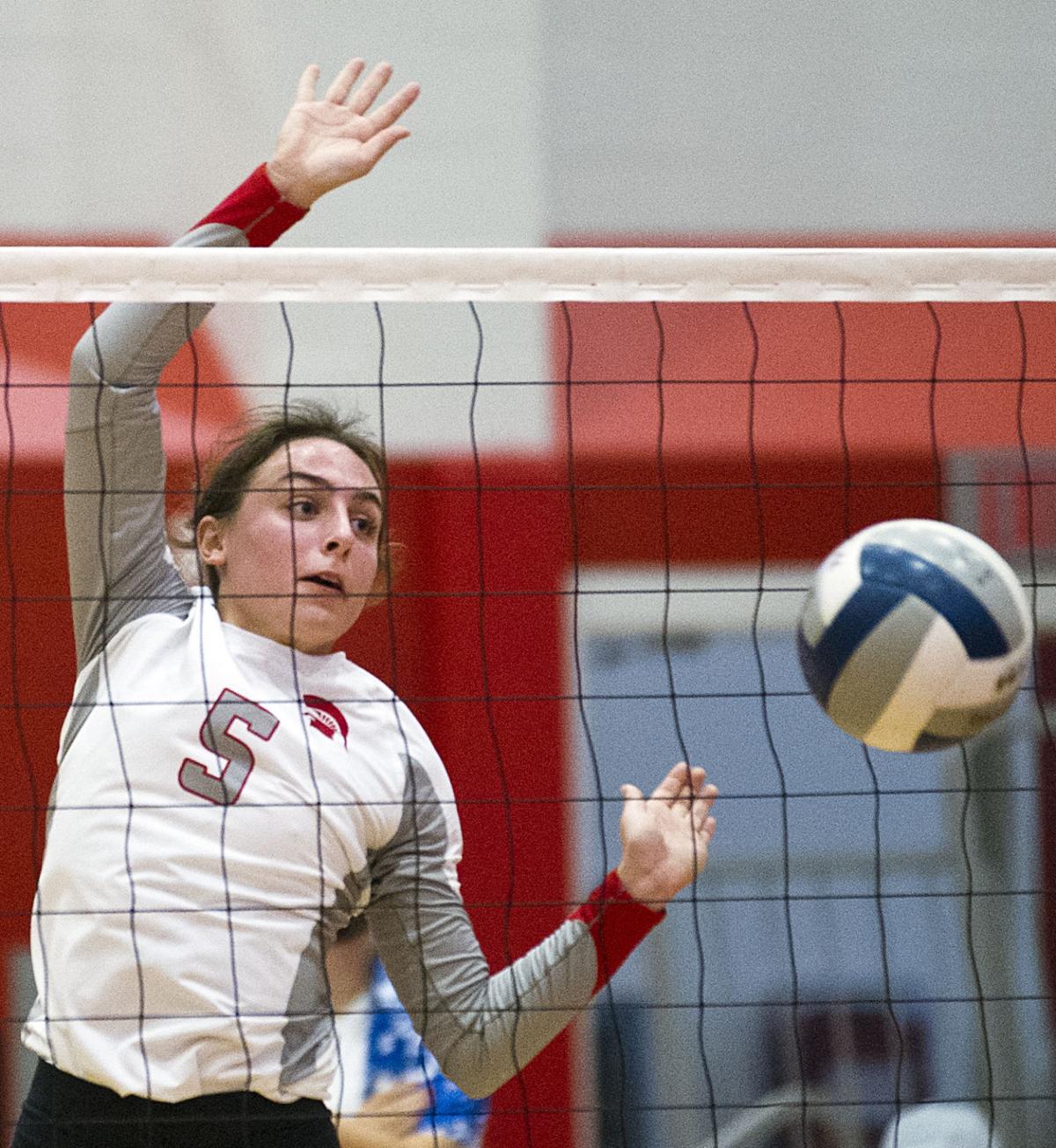 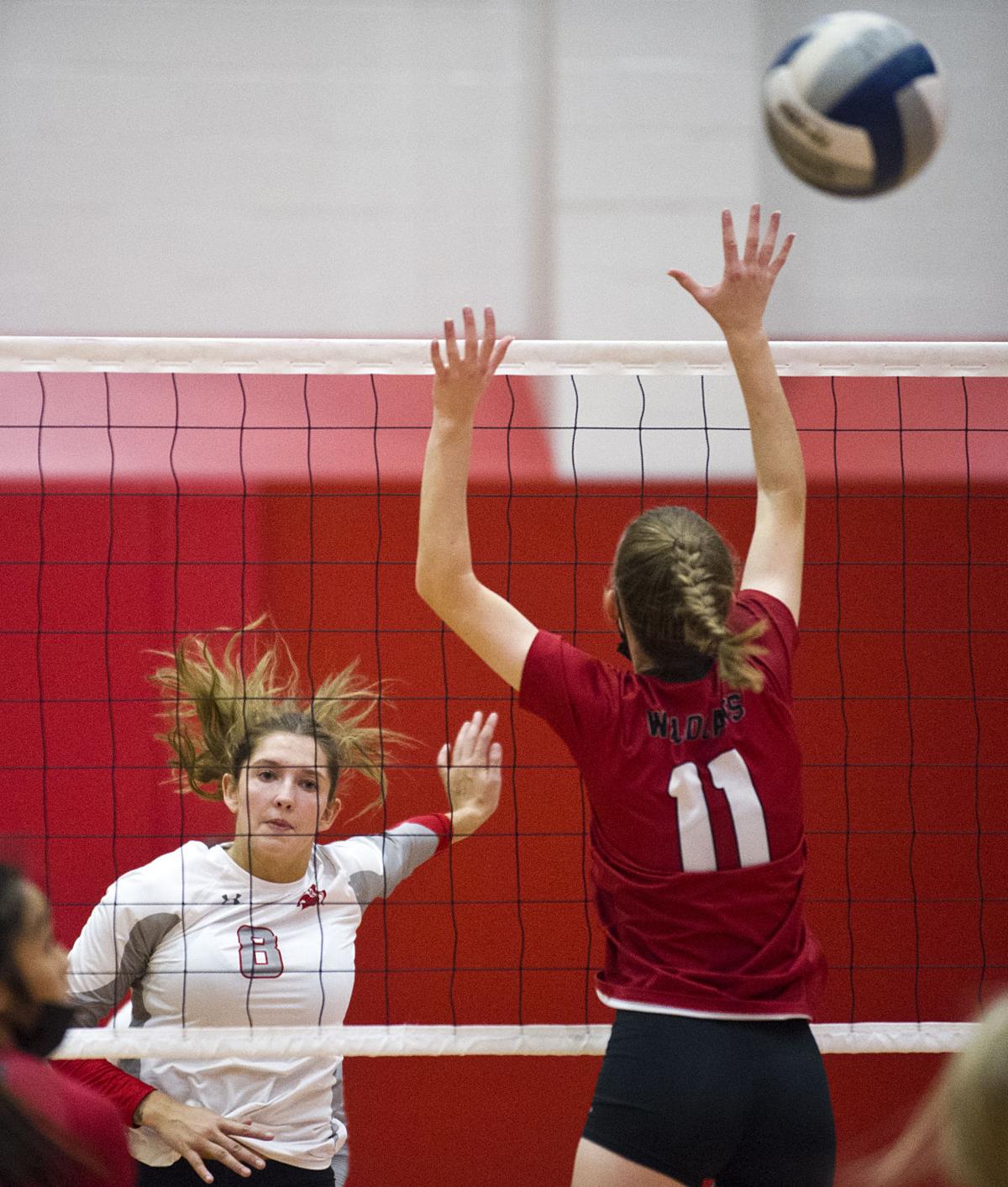 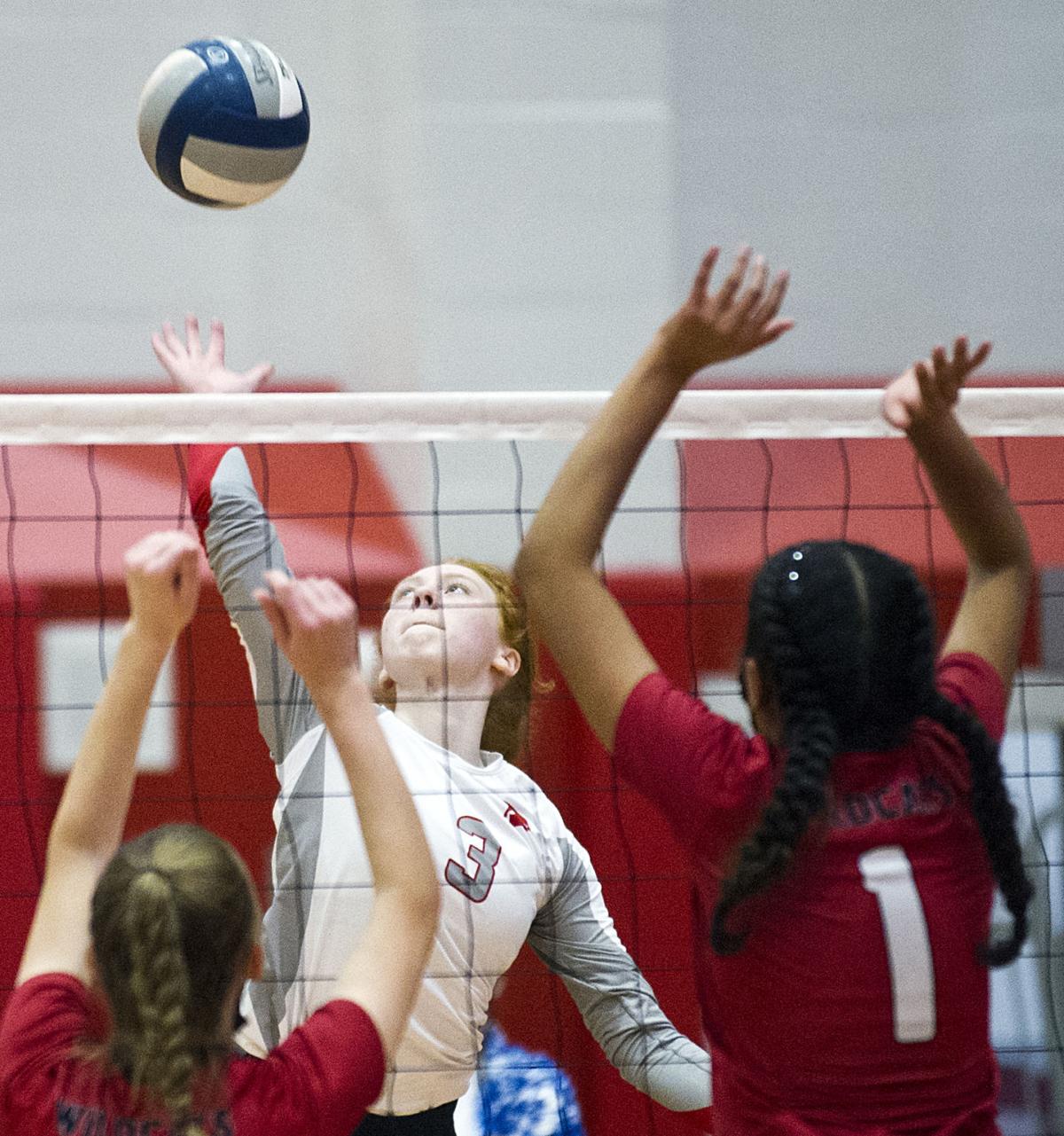 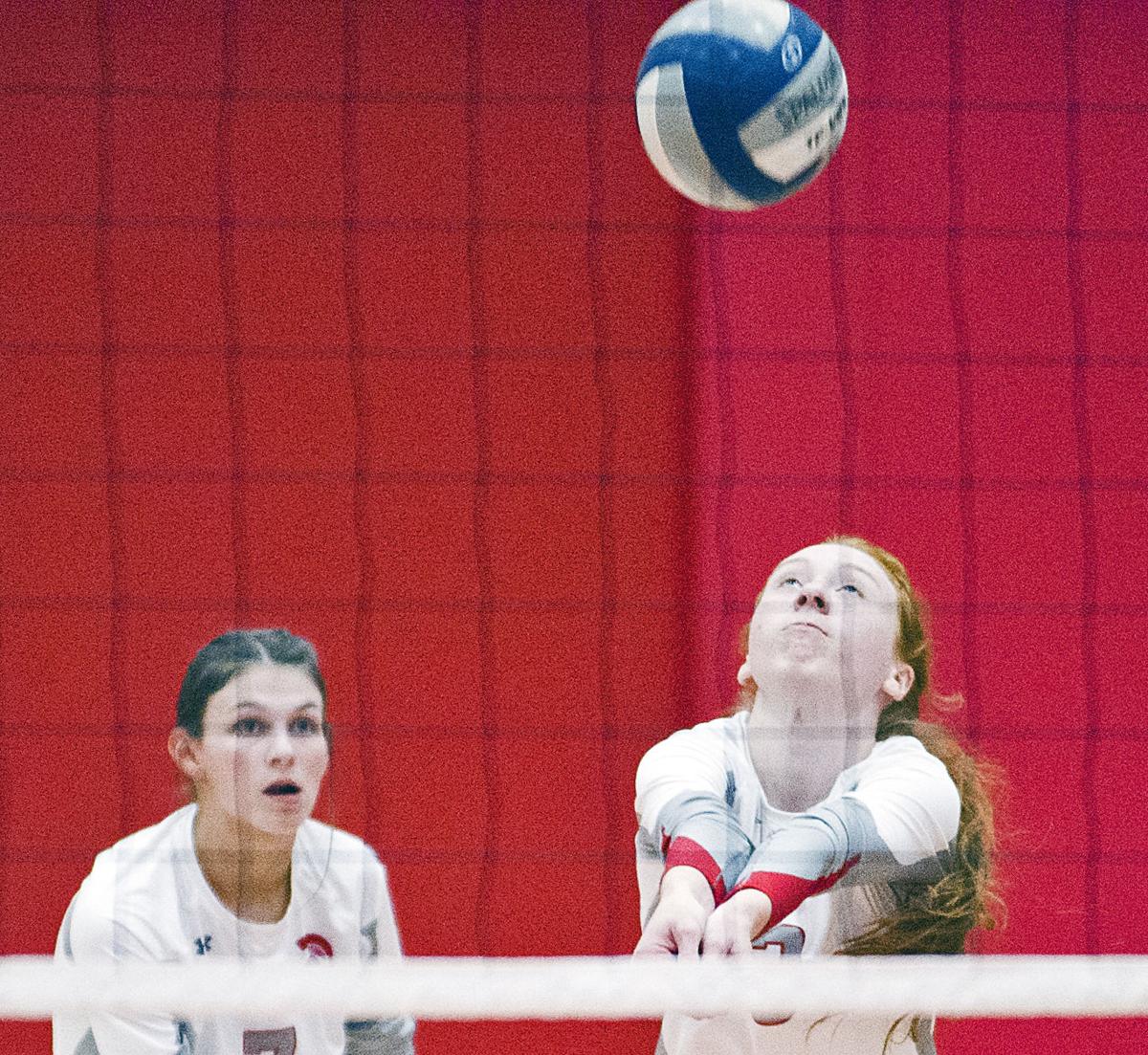 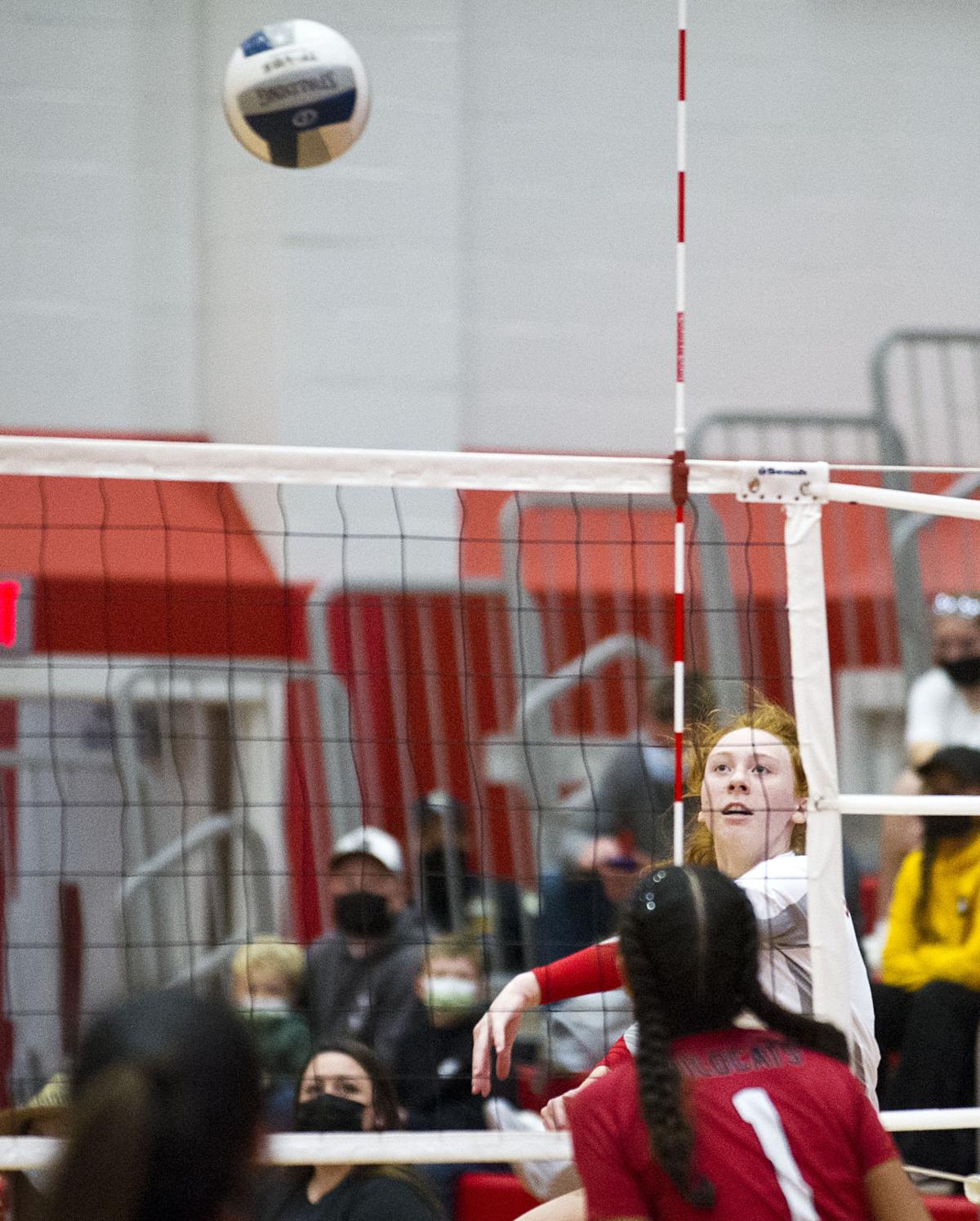 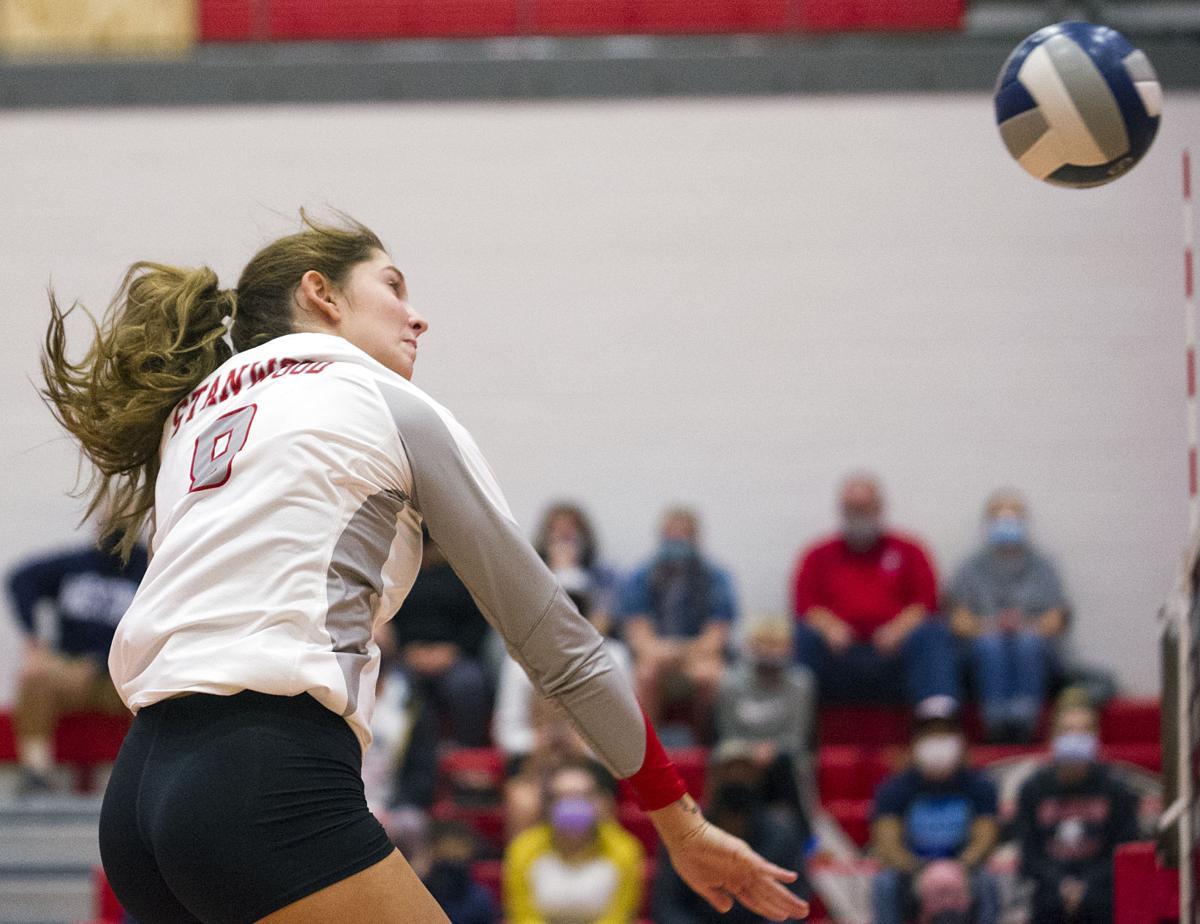 Scenes from the Stanwood boys tennis match against Marysville-Pilchuck on Wednesday, Sept. 22, 2021. The Spartans won 7-0.

The Wesco 3A North boys tennis title is back in the hands of the Spartans.

Stanwood capped an incredible week by topping perennial powerhouse Snohomish 5-2 on Friday that featured five matches going to the third and deciding set.

“It’s not very often the two teams vying for the league title meet in the final league match of the season,” head coach Ryan Ingram said. “It was pretty tense. And it was pretty special to get the win. I’m just so proud of our guys. When it got tight, they stepped up. They showed a lot of grit.”

Huston Rawls, playing in the No. 1 singles match, lost the first set, then rallied to secure the win.

It helped to secure the Spartans’ first league title since 2014.

The Spartans played Marysville-Getchell on Monday in a nonleague contest and will host Edmonds-Woodway on Wednesday in another nonleague match to cap the regular season. Postseason play starts Oct. 19 at Arlington.

The Stanwood girls ran away with the silver division title at the Hole in the Wall Invite on Saturday at Lakewood High.

“They all did a good job of sticking together,” head coach Mike Evans said. “The girls and boys are starting to see the importance of this team philosophy evolve. The captains are starting to make the team theirs.

“Then everyone starts pulling real hard for each other; everyone tries to meet their goals,” he said. “It was great to even see the parents’ support, they were out cheering. We appreciate it.”

In addition to the top finishers, the Spartans posted a combined 28 personal best times for the 5k races.

“That many PRs in a week is just phenomenal,” Evans said.

A few days earlier on Oct. 6, both the Spartan boys and girls teams won a league meet against Lynnwood, Everett and Archbishop Murphy.

“We’re knocking on the door of the postseason,” Evans said.

The Spartans head to a league meet Wednesday at Arlington and then prep for the Wesco championships Oct. 23 at the Arlington Airport.

Stanwood rebounded from their first loss of the season with a 3-1 win Oct. 7 at Shorecrest.

“Karli (Neigemann) has really stepped up for us in the libero role,” Amundson said.

Baylor Hezel switched from libero to an outside hitter position after an injury to Emma Floyd.

“Libero is definitely a leadership position — you run the back court, and I feel like in the last two matches, (Neigemann) has stepped up to lead.”

“I think we struggled offensively to expose some of the holes on their defense,” Amundson said of the loss. “It doesn’t matter who is across the net as long as we take care of our game. I think we had gotten away with not taking care of our game. … We came with a little more intent in practice the next day.”

The Spartans traveled Monday to Monroe for a game after press deadline. Stanwood then hosts Lynnwood on Tuesday and travels to Edmonds-Woodway on Thursday.

Another meet, another step forward for this young Spartan squad.

“What made Thursday fun was that girls were dropping not just hundredths of a second, but dropping several seconds in their races,” head coach Rita Peterson said.

Lauren Barrie also recorded three best times and is edging closer to a wildcard spot or two into the district meet in a few weeks, she said.

After a 4-0 loss at undefeated Archbishop Murphy on Oct. 5, the Spartans got back on track by gutting out a 1-0 home win Oct. 7 over Shorecrest.

The Spartans and the Scots traded a handful of shots in the first half, but neither team mounted a significant challenge to either keeper.

“We just have to keep making those runs and eventually one will come through,” head coach Lori Stunz said.

Then, with about 10 minutes left in regulation, Maggie Flickner found Maya Macdonald in the middle at the top of the box and was able to loft a shot over the keeper for the go-ahead goal.

“They stayed competitive and never gave up and kept fighting and eventually made it work,” Stunz said. “Maya (Macdonald) noticed that the keeper was a bit off her line, and she just took it one touch volley over the keeper. It was a smart shot.”

The Spartans then survived a late free kick by the Scots at the edge of the box that ricocheted off the outstretched fingertips of keeper Madison Reis-Elbara, off the crossbar and back into play, securing the victory for Stanwood.

“Madison (Reis-Elbara) set it up nicely and stayed focused,” Stunz said of her keeper positioning defenders for the free kick. “It forced them to play it high and it worked out for us.”

Next for the Spartans is a trip to Lynnwood on Tuesday and a home match against Edmonds-Woodway on Thursday.

“Now, we want to pick up a few more W’s and look to get seeded well into districts,” Stunz said. “We need to keep the foot on the gas pedal.”