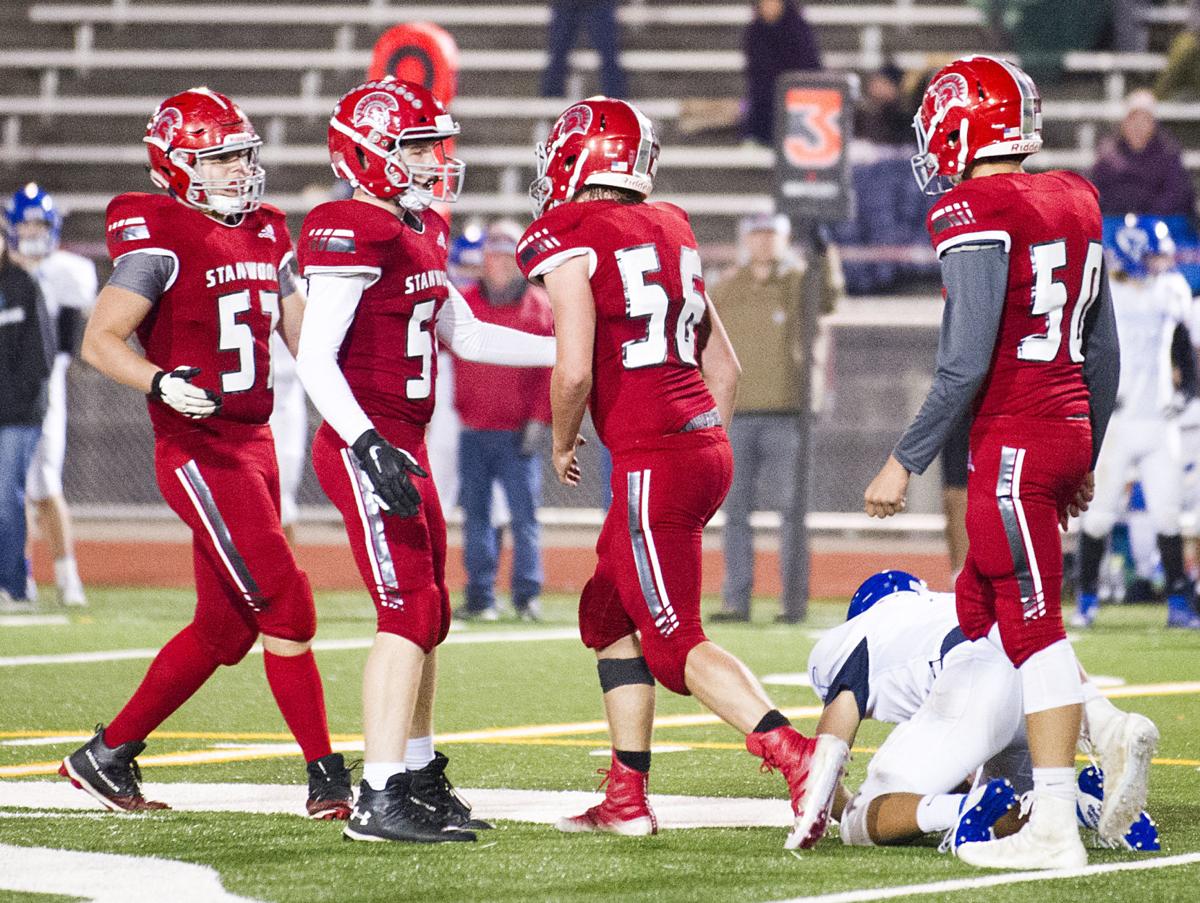 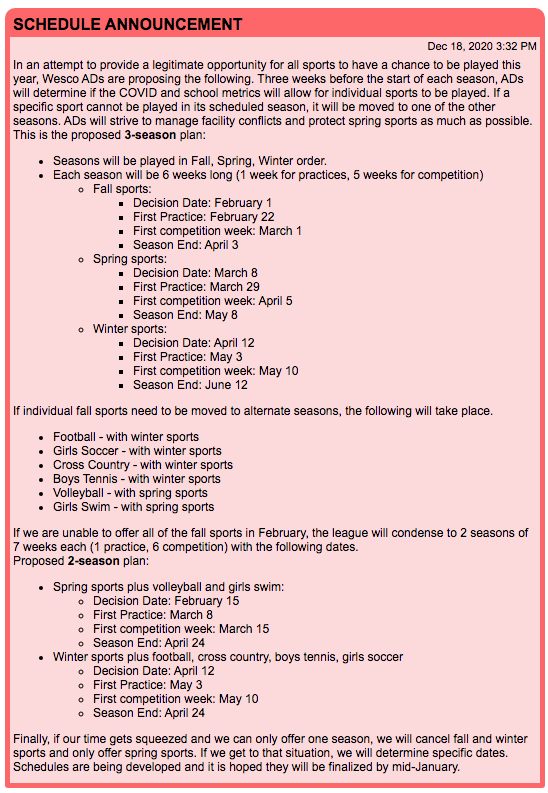 The proposal calls for three six-week seasons featuring a Wesco-only schedule, with competitions beginning as early as March 1.

The athletic directors plan to meet three weeks before the start of each season to determine if the COVID-19 and school metrics will allow for individual sports to be played, according to the plan posted on the Wesco website. If a specific sport cannot be played in its scheduled season, it will be moved to another season. Athletic directors said they'll strive to manage facility conflicts and protect spring sports as much as possible.

The proposed three-season plan starts with traditional fall sports, opening with one week of practice and five weeks of competition.

Winter sports — basketball, boys swimming and wrestling — would start practice May 3, competitions on May 10 and end June 12.

"At this point, it's our best plan," Stanwood High athletic director Tom Wilfong said. "I'm happy we have a plan in place, we're thinking about it, now we just have to wait and see in February where we are at with the virus, with hybrid teaching, with individual districts. There are still a lot of moving parts."

If the Wesco conference is unable to offer all of the fall sports in February, the league has a Plan B: Condensing sports into two seven-week seasons.

If the seasons are squeezed further, a one-season option is available, featuring only spring sports.

Wesco's proposal to play diverges from Washington Interscholastic Activities Association's shifting plans that currently call for practices to begin Feb. 1. Wesco needs WIAA approval before going forward with its plan. The WIAA board is scheduled to meet Jan. 4 where it is expected to look over league proposals and announce more details on its own return-to-plan schedule plans.

"The Feb. 1 date was just not feasible," Wilfong said. "We wanted to create a plan that we thought had a better chance."

For example, the Wesco plans calls for moving high-risk winter sports to May and June — different from WIAA's plan to start winter sports in February. The change offers a greater chance they'll be able to have a season, Wilfong said.

“Coaches and athletic directors, along with those of us at the WIAA, have long championed the value of education-based athletics and activities,” Hoffman said. “Everyone has heard how competition can build character, teach discipline and life lessons, and connect students with peers and their communities. These are more than just talking points or coach-speak because now, in the absence of these extracurricular activities, it has never been more clear how much they are needed.”

However, Gov. Jay Inslee recently revamped health metrics for schools, including recommending in counties where COVID-19 cases are more than 350 per 100,000 residents schools should offer in-person instruction for elementary and high-need students in small groups of 15 students or fewer. For counties below 350 infections per 100,000 people, in-person learning should be phased in, starting with elementary students not already attending in-person and middle school students, followed by high school students.

Many local students are nearing the halfway mark in their first-ever online school year. But it’s not terrible, as widely feared at the start of the COVID-19 pandemic. Just different.

The COVID-19 infection rate dropped in the Stanwood area during the first two weeks of December — the first decline since summer.

Some students returned to classrooms this week, and more should follow suit in the coming weeks, Stanwood-Camano School District officials said.