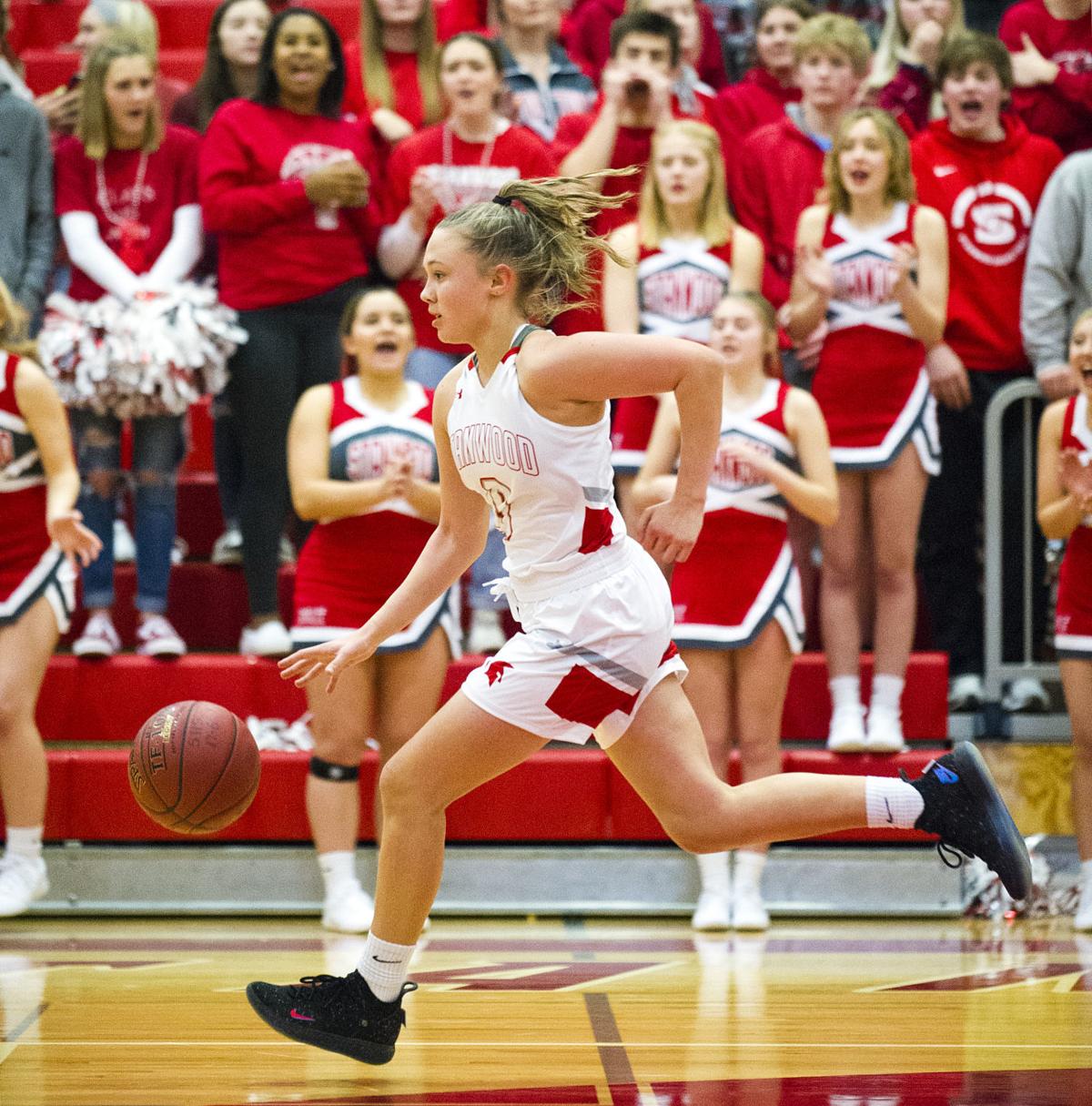 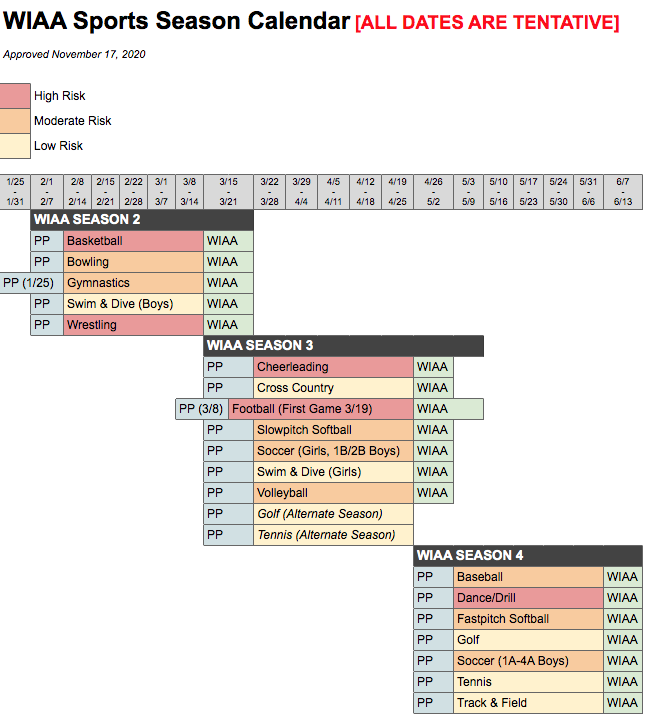 The new tentative plan for high school sports seasons in 2021.

The WIAA is pushing back the start of the high school sports to February and shortening the remaining seasons.

Washington Interscholastic Activities Association Executive Board voted late Tuesday to delay sports in part because of the rapidly increasing COVID-19 cases across the state.

The new plan calls for Season 2 — basketball, wrestling and boys swimming — to begin practicing Feb. 1 and end March 20. The season was set to start Dec. 28.

“Coaches and athletic directors, along with those of us at the WIAA, have long championed the value of education-based athletics and activities,” Hoffman said in a news release Thursday. “Everyone has heard how competition can build character, teach discipline and life lessons, and connect students with peers and their communities. These are more than just talking points or coach-speak because now, in the absence of these extracurricular activities, it has never been more clear how much they are needed.”

Hoffman cited a University of Wisconsin study in July that detailed the impact of having no athletics is on the student-athletes. About 68% of 3,243 student-athletes surveyed, which included Washington students, reported feelings of anxiety and depression at levels that would typically require medical intervention, according to the study. That was a 37% increase from pre-pandemic levels.

Also from the Wisconsin study is in a sample of 30,000 student-athletes, only 271 COVID-19 cases were reported 0.5% of those cases traced back to sports contact.

The Seattle United Soccer Club, which had 1,930 participants in the summer for two months of training, only two of those players contracted the virus and both of those came from community transmission, outside of sport. But not to forget is social distance measures were in effect for the soccer club. Coaches wore masks at all times while players were asked to wear masks when they arrive and when they leave (some opted to wear it the entirety of practice). Players were also placed in small cohorts and to not touch a teammates’ soccer ball.

“These examples of students returning to sports are not meant to diminish the havoc and loss that this virus has caused,” Hoffman said. “They are meant to show that if we work together and take the proper precautions, we can return to offering these once-in-a-lifetime opportunities. We know this because it has already been done. These are challenging times, absolutely, but there is no hiding from this pandemic.”

Currently, high-risk sports — such as wrestling, basketball, volleyball and football — are allowed to compete when a county is at fewer than 25 infections per 100,000 residents, per the WIAA return-to-play guidelines. Snohomish County is currently north of 280 cases per 100,000 people.

The WIAA board also recently revamped its return-to-play guidelines to align more closely to guidelines from the Governor’s office and the State Department of Health.

In order to play, 50% of schools in a region “must be eligible to participate in league games as per the COVID metrics” by the state Department of Health. If that 50% threshold is not met, the executive board will adjust the schedule to “allow the chance for greater participation.”

The process outlines a timetable for decision-making as well as a minimum participation requirement and is based on feedback from athletic directors. Stanwood is in Region A, which encapsulates Districts 1 and 2 that ranges from south Snohomish County to the Canadian border.

In addition, Gov. Jay Inslee on Sunday announced as part of new COVID-19 related restrictions that indoor youth sports activities and games are prohibited, and outdoor activities need to be limited to intra-team practices only, with facial coverings required for all coaches, volunteers and athletes at all times.

The WIAA updated its plan last week on how to restart high school sports.

The coronavirus is now widespread throughout the region, particularly in the Stanwood area, according to Snohomish Health District data update…