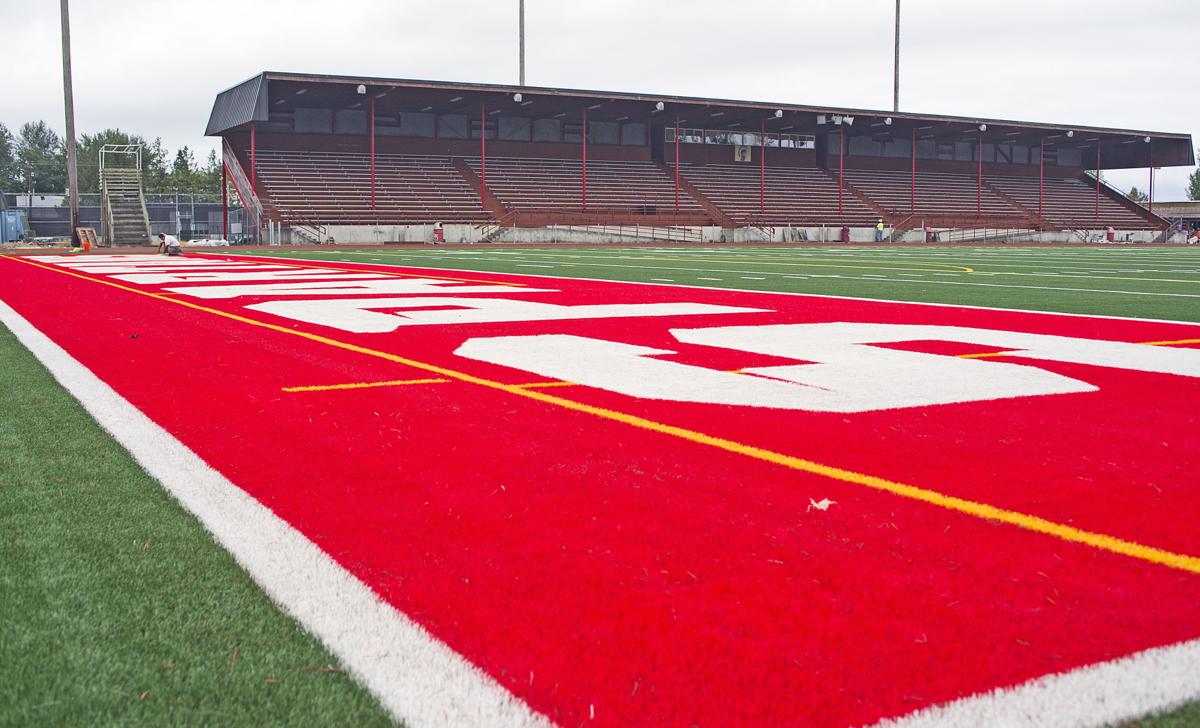 The still-new surface at Bob Larson Stadium at Stanwood High School will have to wait a bit longer for athletes. 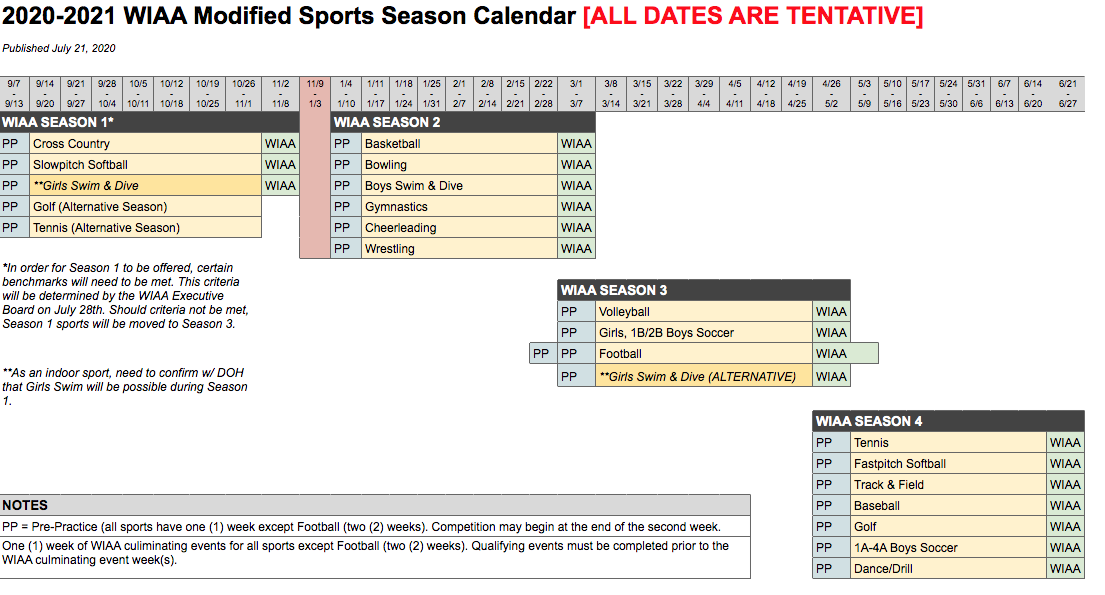 The Washington Interscholastic Activities Association announced dramatic changes Tuesday night to high school sports for the upcoming school year — and cautioned that fans, coaches and players should brace for more changes in a year dominated by the COVID-19 pandemic.

The governing body announced the upcoming school year will be divided into four seasons instead of the usual three, and fall sports designated "moderate" or "high" risk — including football, volleyball, girls' soccer and small-school boys' soccer — will be played in the spring.

The changes were announced Tuesday after a meeting of the WIAA's executive board.

Fall sports deemed "low" risk, such as cross-country, may be permitted in the fall. The WIAA executive board is expected to determine next week benchmarks for allowing those sports. It cautioned those sports may also move to the spring.

Officials say they are also exploring separately whether girls swimming can be held in the fall, since that sport's competitions are held indoors. That determination will be made after further consultation with the state Department of Health.

"Coaches are concerned because the seasons can overlap up to two weeks," Wilfong said. "So, for example, at the end of season two — basketball, wrestling, swim — a student will need to choose to finish the season or start season three. Is a wrestler, who maybe has been cutting weight, going to end the season early to start football? And season four, which overlaps with season 3, goes through June, well after the last day of school."

WIAA Executive Director Mick Hoffman said at a news conference Tuesday night that everyone will need to be flexible, given the safety and logistical factors brought into play by the pandemic that wiped out all high school sports last spring. He said even the dates of the seasons are tentative.

"When you're looking at dates, those are definitely written in pencil," he said.

Greg Whitmore, the WIAA Executive Board president, said of the calendar, "It by no means is set in stone."

WIAA officials said they considered a range of options, including not scheduling any sports to begin earlier than January.

There are still many details to be worked out, such as what postseason competition may look like.

Hoffman raised the possibility of "regional" state championships held in various parts of the state and resulting in several champions in each classification.

Also, the Washington Officials Association told the WIAA that 30% of officials surveyed do not feel comfortable being involved in athletics right now, exacerbating a previously existing shortage of officials.

The WIAA is working in consultation with several other organizations and agencies to determine how sports can safely be held. Included are the National Federation of High Schools, the state Department of Health and the office of Gov. Jay Inslee, as well as various committees made up of coaches, students, local health professionals and others.

Many other questions remain, Wilfong said, including transportation, scheduling and whether or not sports will be allowed if Snohomish County isn't in Phase 3.

"Even if we get to Phase 3, gatherings are limited to 10, so how will that work?" said Wilfong, who is working with Wesco and district leaders to work out some of the issues. "And even if a sport like cross county is allowed and you stagger-start the runners, it's a race — they'll be passing other athletes at some point. It's good that the WIAA is getting things in place, but when you really start to think through some of these scenarios, there are going to be complications."

Stanwood-Camano schools will be all or mostly online

The plan for online schooling this fall continues to take shape.