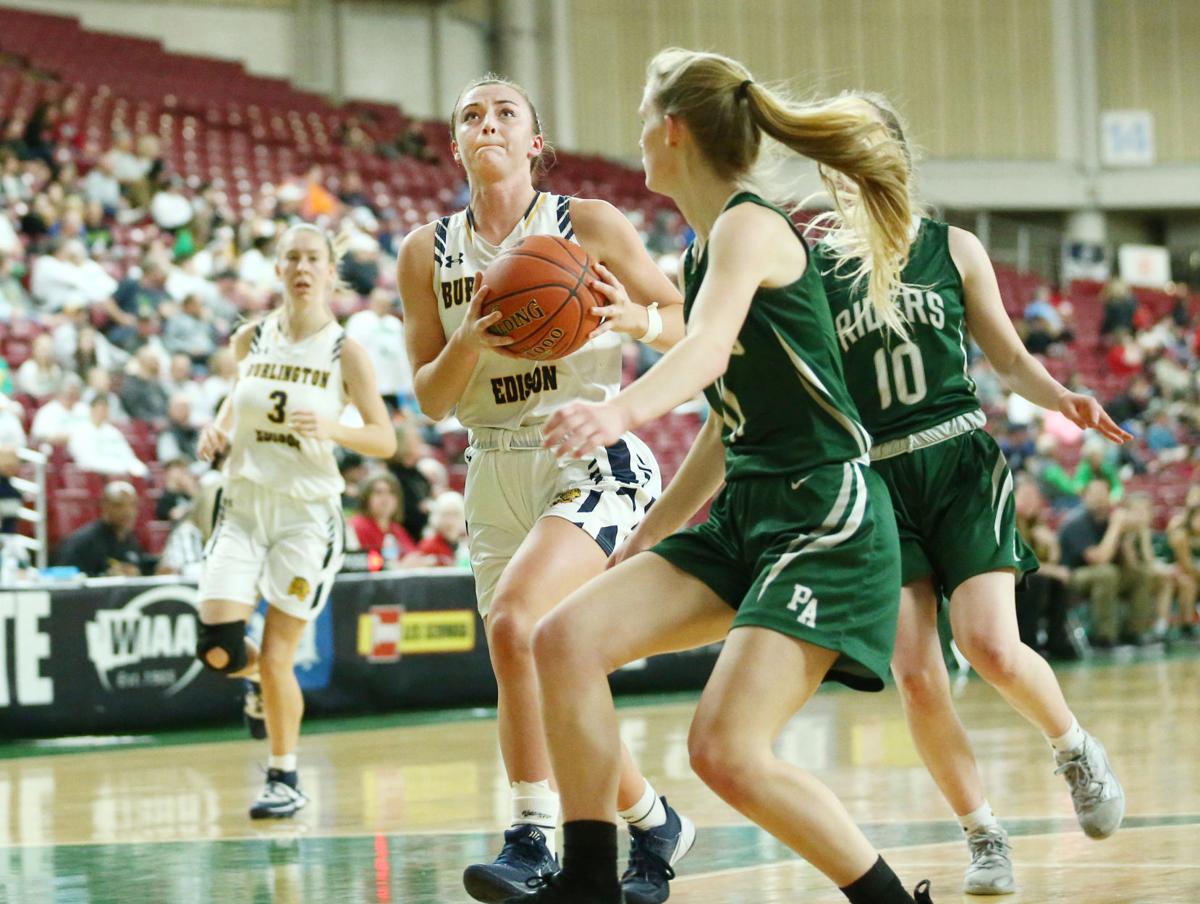 Burlington-Edison’s Katie King goes to the basket against Port Angeles during a quarterfinal-round game Thursday of the Class 2A State Tournament in Yakima. 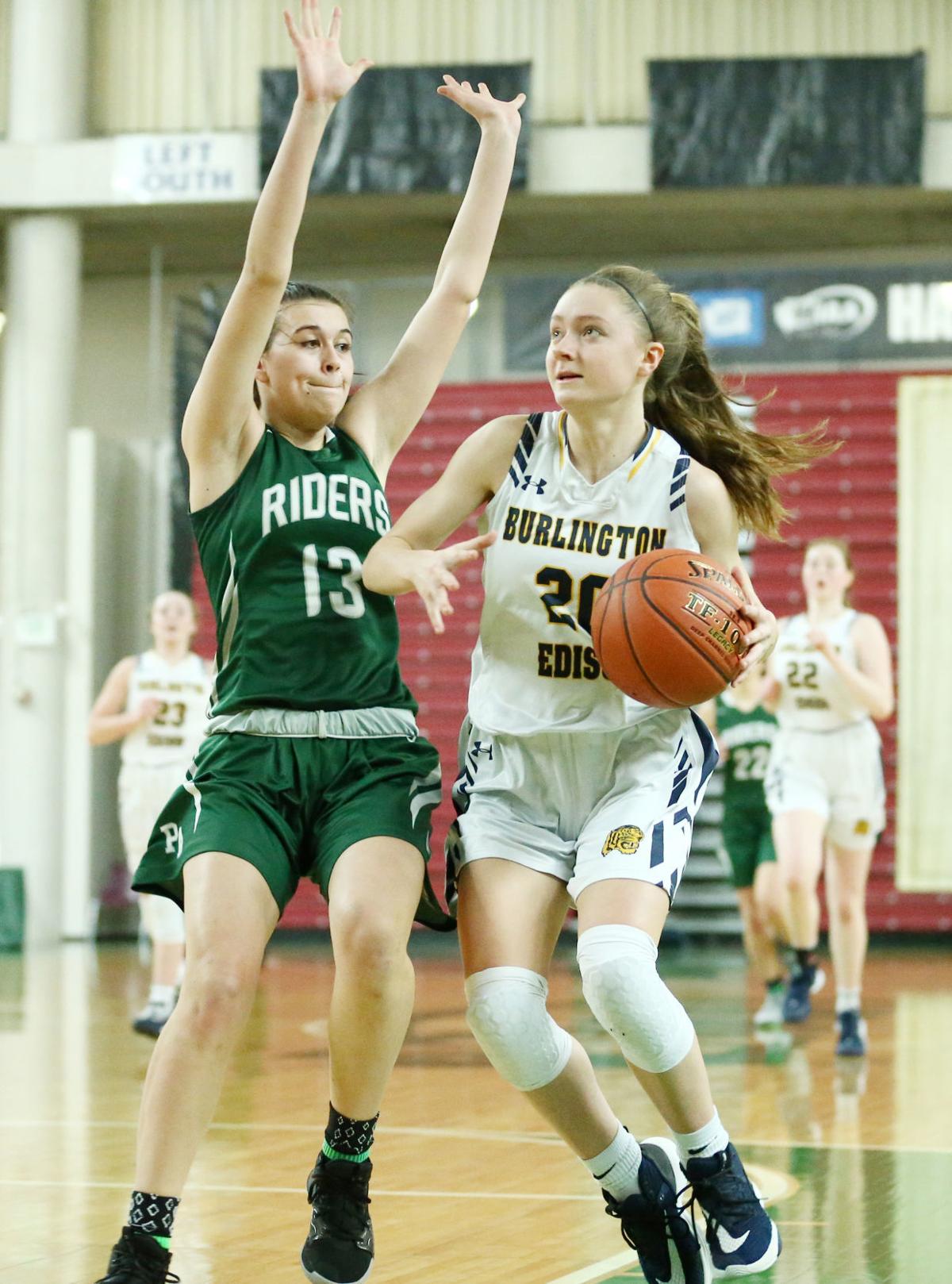 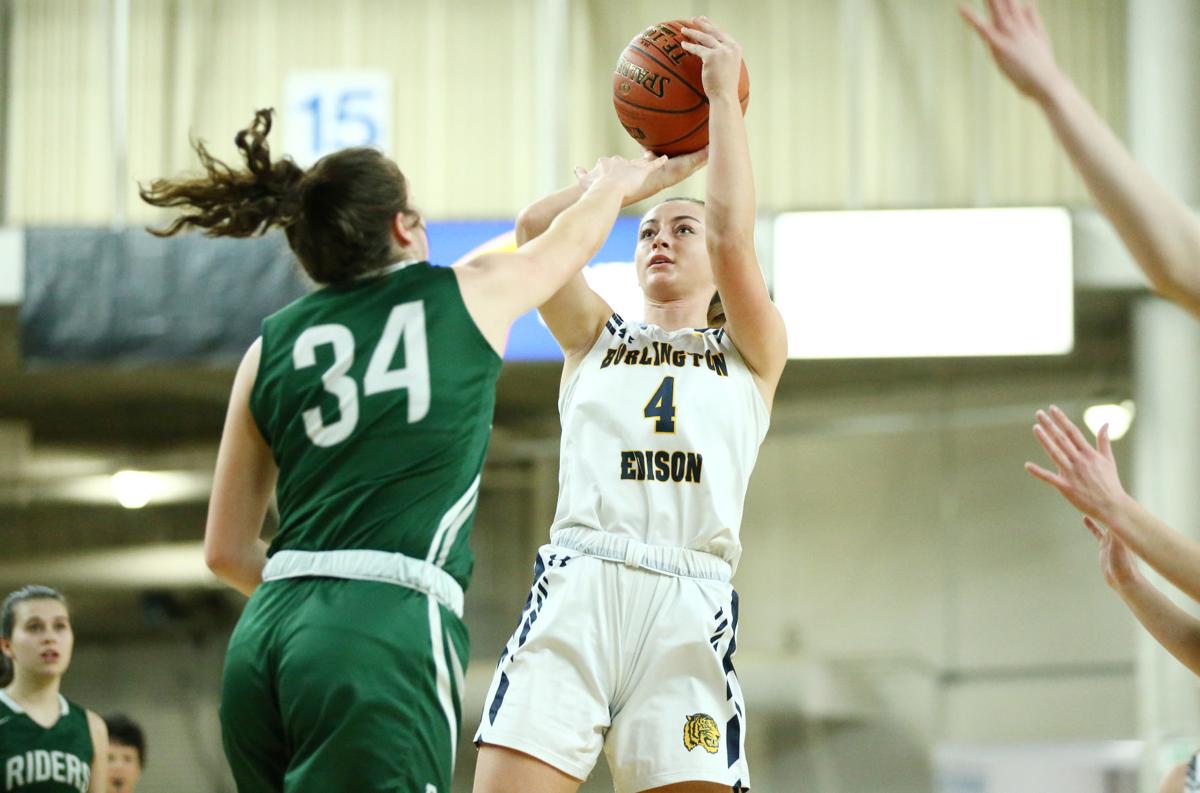 Burlington-Edison’s Katie King shoots over Port Angeles’ Jaida Wood on Thursday at the Class 2A State Tournament in Yakima.

Burlington-Edison’s Katie King goes to the basket against Port Angeles during a quarterfinal-round game Thursday of the Class 2A State Tournament in Yakima.

Burlington-Edison’s Katie King shoots over Port Angeles’ Jaida Wood on Thursday at the Class 2A State Tournament in Yakima.

YAKIMA — If the Burlington-Edison girls’ basketball team was going to get a win Thursday against Port Angeles, it was going to have to come from behind.

That’s exactly what the Tigers did as they roared back to beat the Roughriders 50-45 at the Class 2A State Tournament at the Yakima Valley SunDome.

“That was a fun one,” Burlington-Edison coach Brett McLeod said. “It was exciting for us. We were able to pull it out in the end. It was great to see the team play with confidence. That’s something they have done all season.”

Against Port Angeles, Burlington-Edison played catchup the majority of the game, and didn’t hit its stride until the fourth quarter. The Tigers outscored Port Angeles 18-4 in the final quarter.

Katie King came up big for Burlington-Edison, leading all scorers with 18 points. She was also a force on the boards with a team-high 10 rebounds.

Amey Rainaud scored 11 points for the Tigers and pulled down seven rebounds.

“She (King) has been here before,” McLeod said. “This is her fourth year at state so she has that experience, which is huge.

“And to get that many rebounds from your point guard (Rainaud) is really good. Plus she scored 11 points.”

The fourth quarter was all Burlington-Edison as it played lock-down defense and its offense became potent.

“We got stops defensively,” McLeod said. “They just never quit and kept after it.”

The Tigers went on a 5-0 run to start the quarter and that soon ballooned to 11-2.

“We had to get stops,” McLeod said. “We turned up the defensive pressure and got into rhythm on offense. Up until that point, we were kind of herky-jerky offensively.”

The Tigers were also 9-for-13 from the free-throw line in the fourth quarter.

“We made big free throws by a bunch of different players in the fourth,” McLeod said. “That was big.”

Port Angeles shot poorly from behind the 3-point arc, shooting 1-for-23 in the game.

The Tigers trailed by as many as 12 points in the first half, but managed to cut the deficit to 27-21 by halftime.

“The end of the second quarter was big for us,” McLeod. “That gave us some momentum going into the second half.”