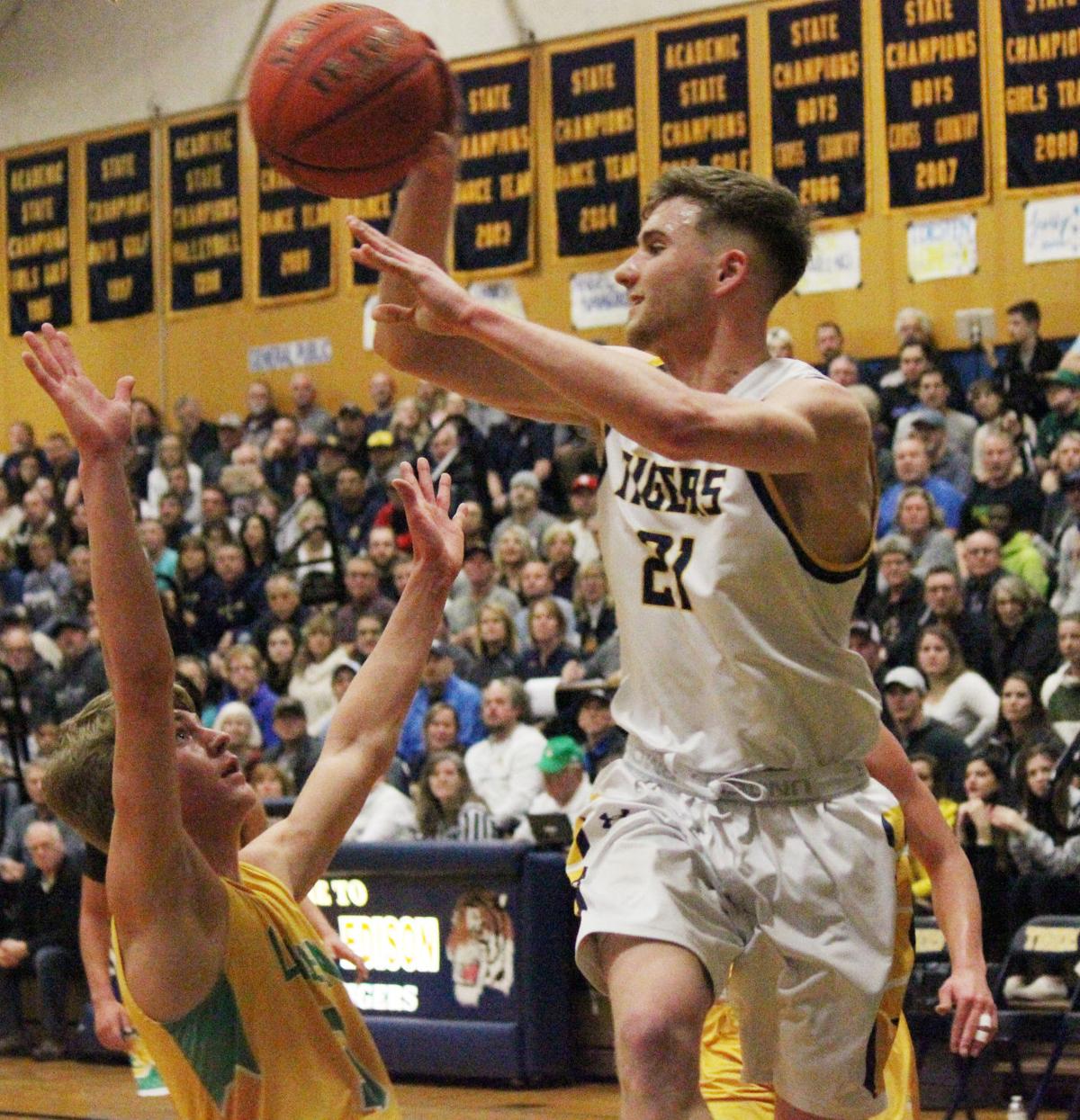 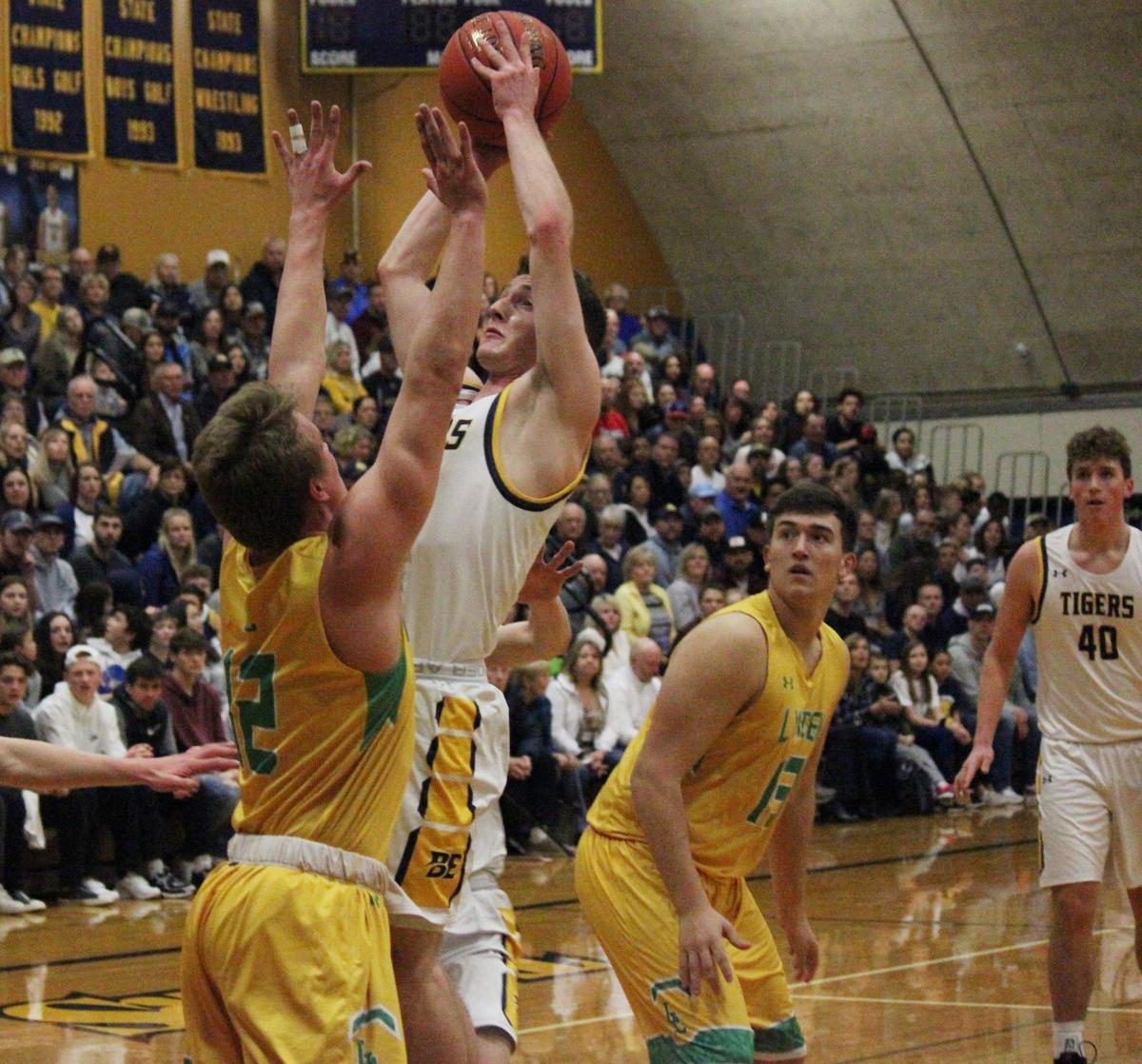 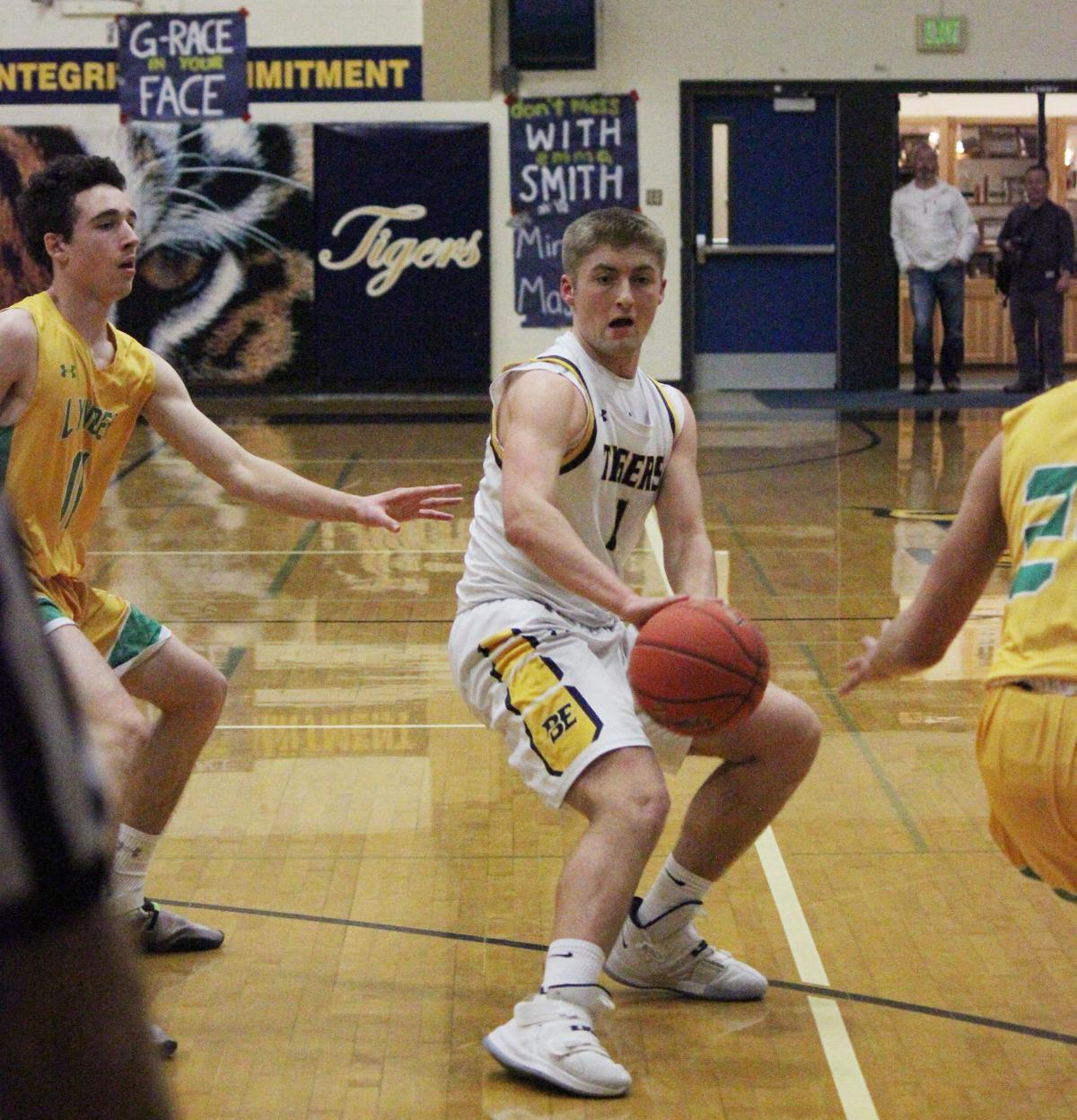 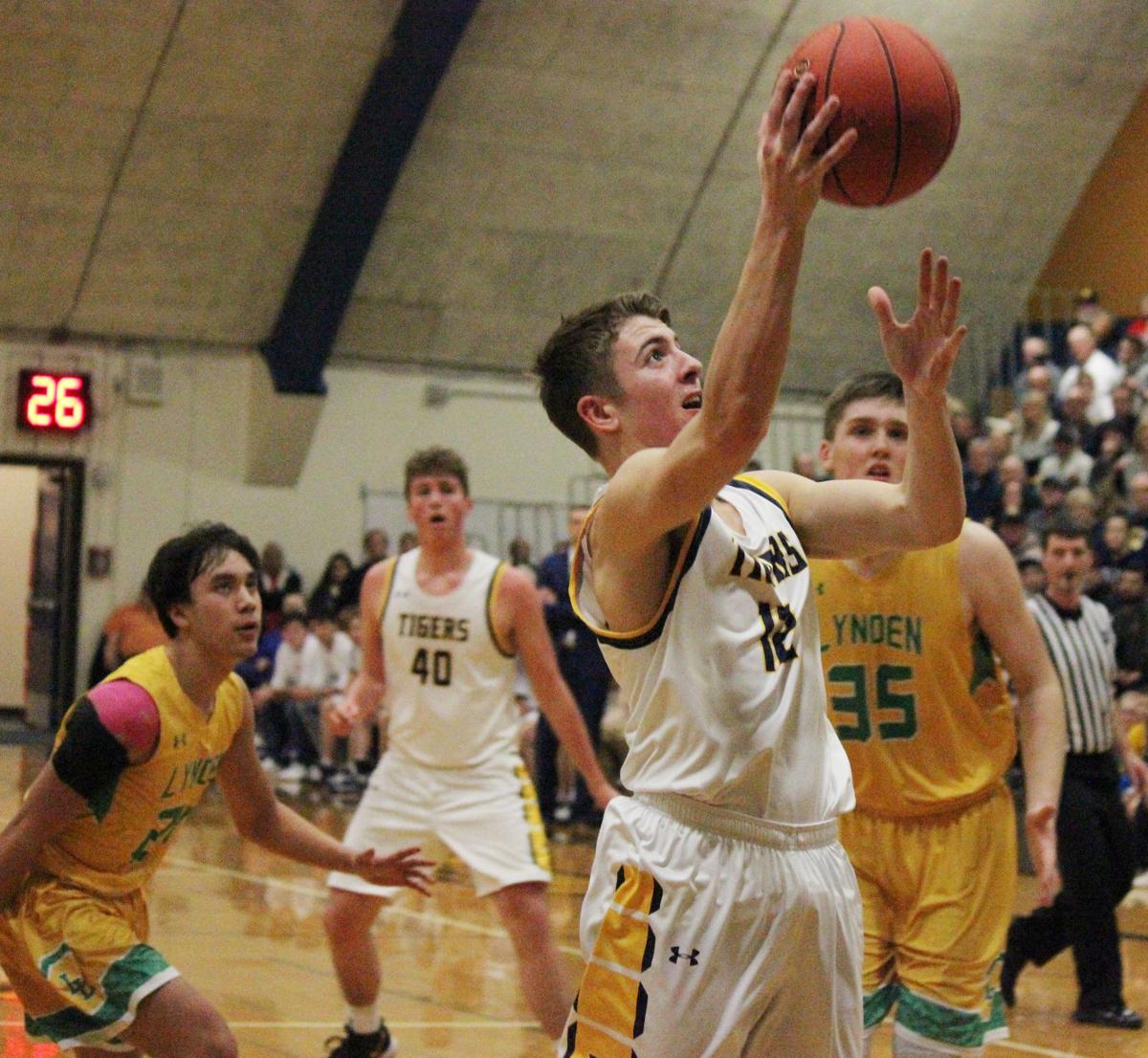 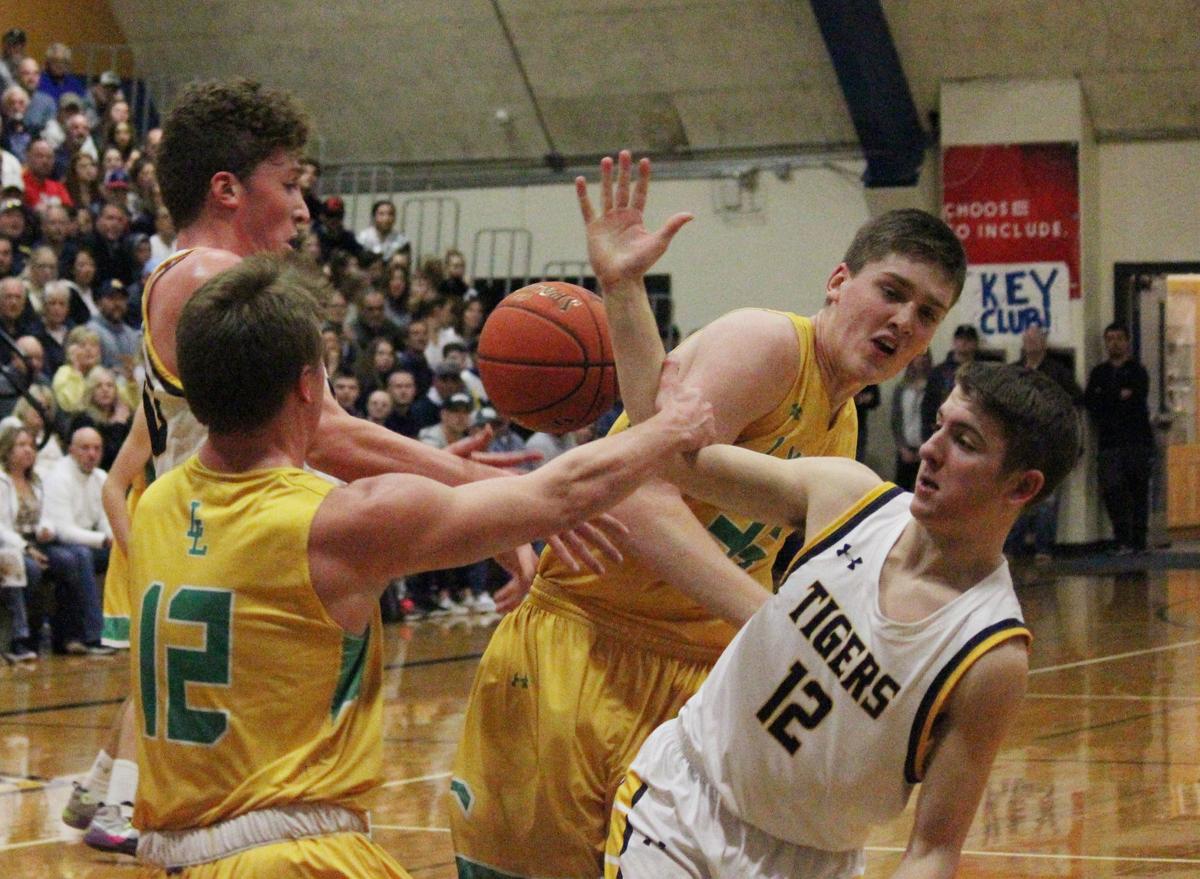 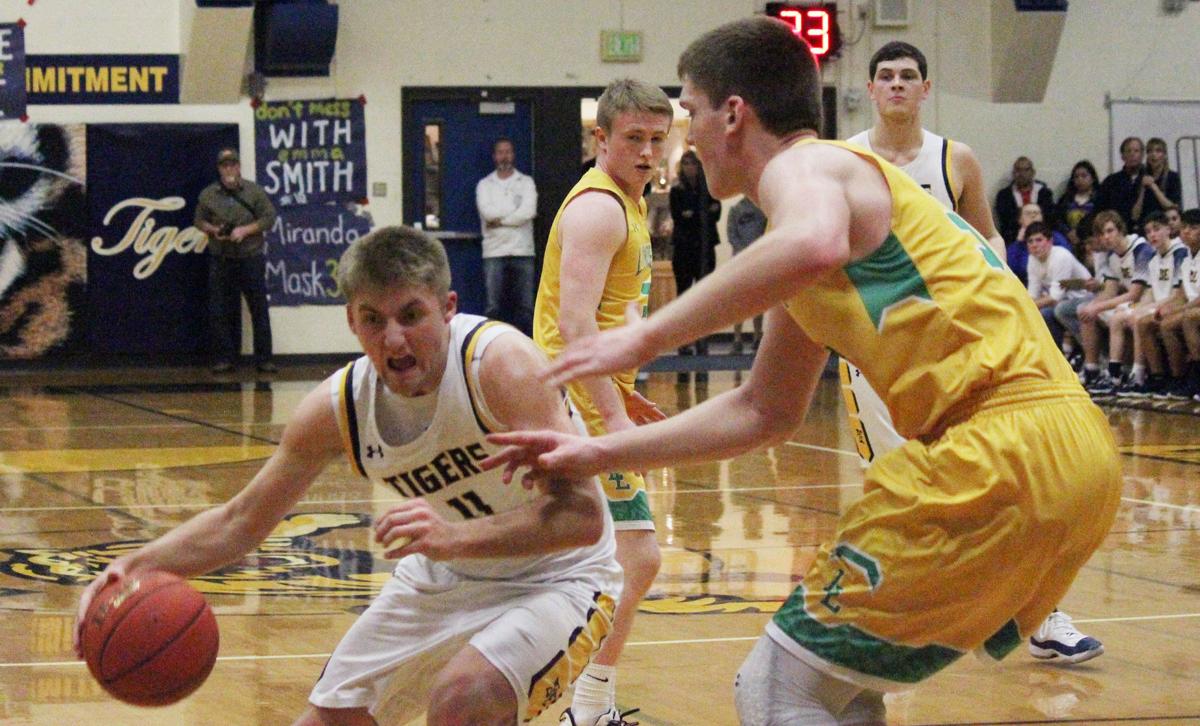 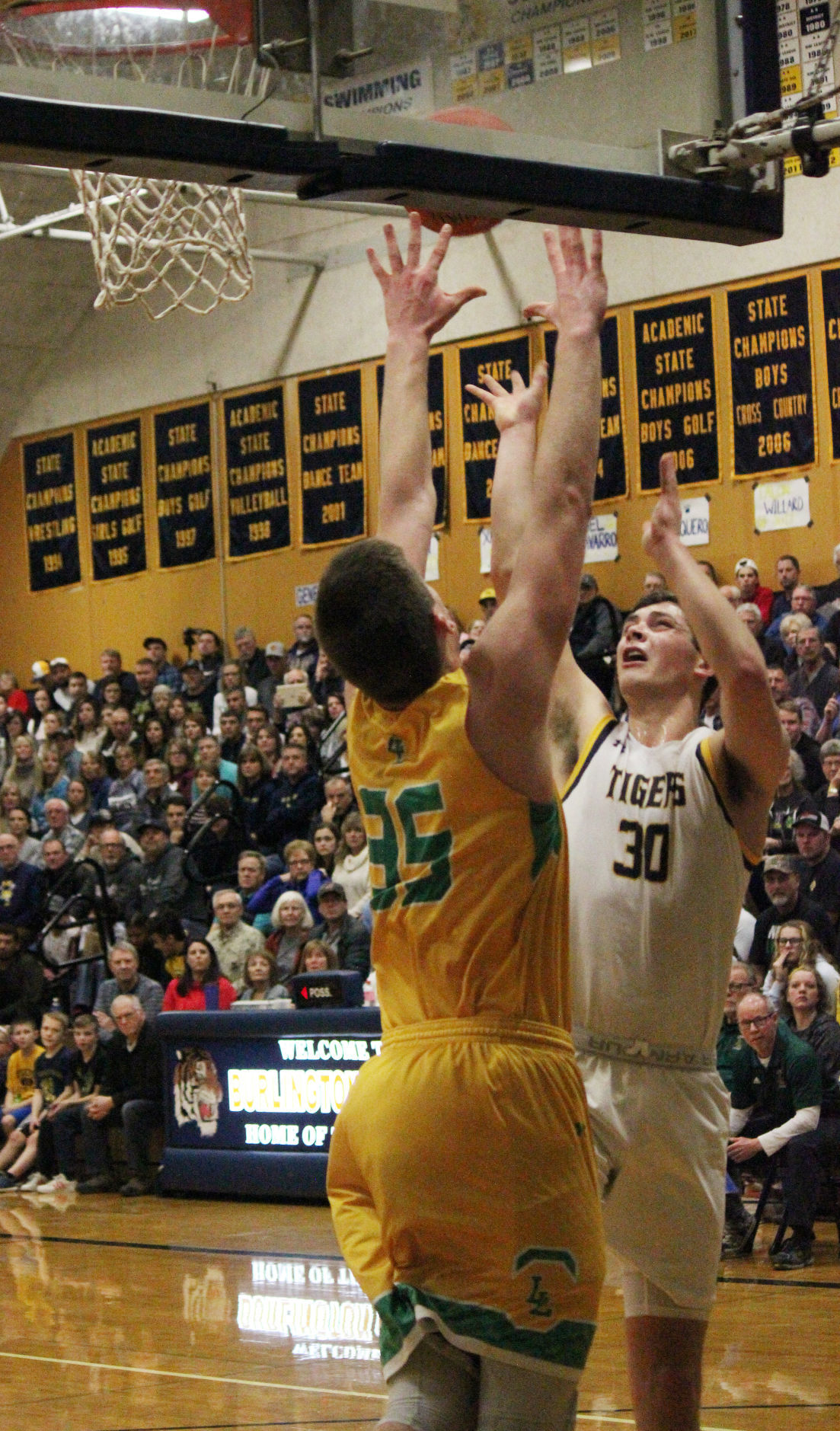 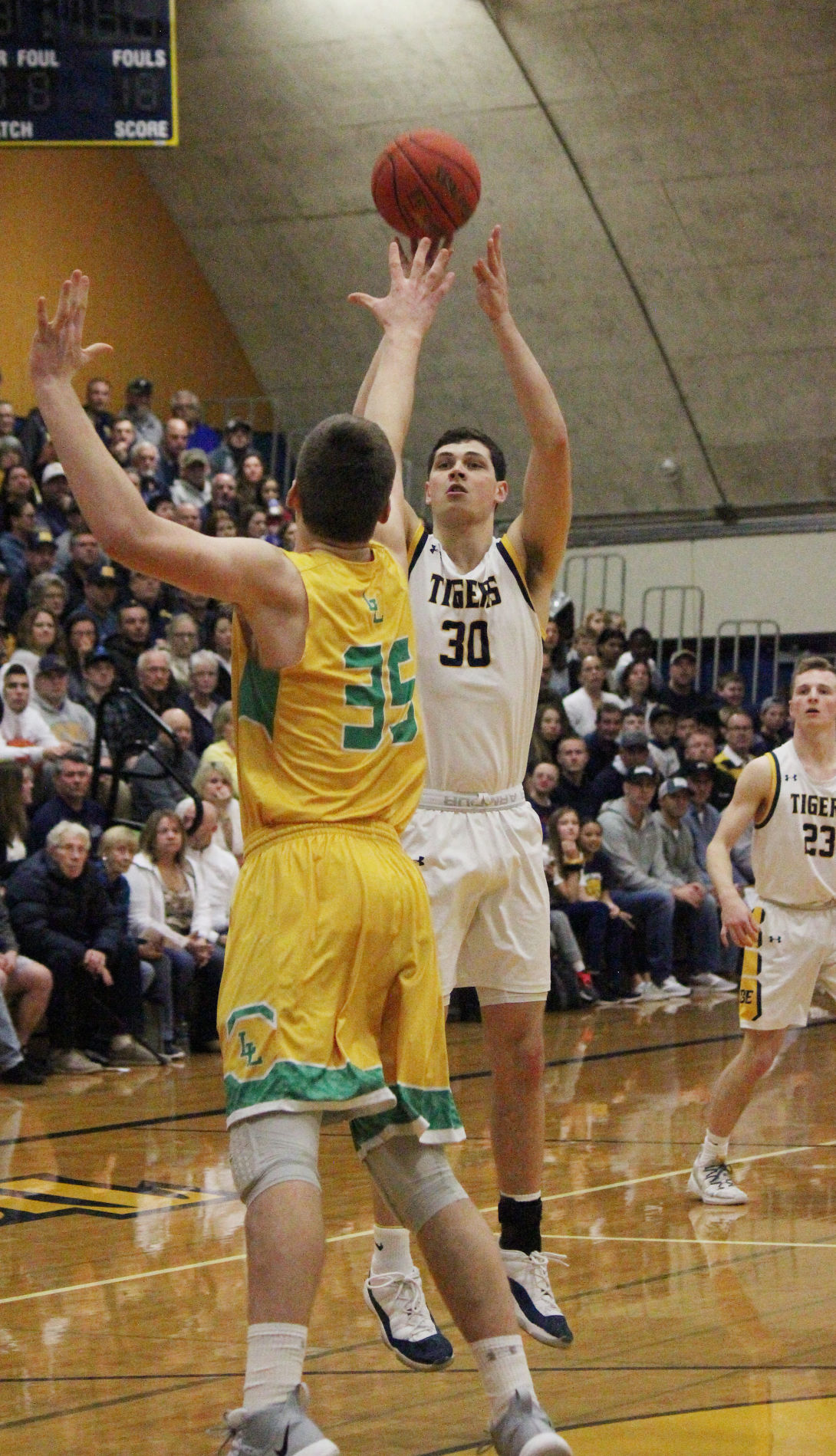 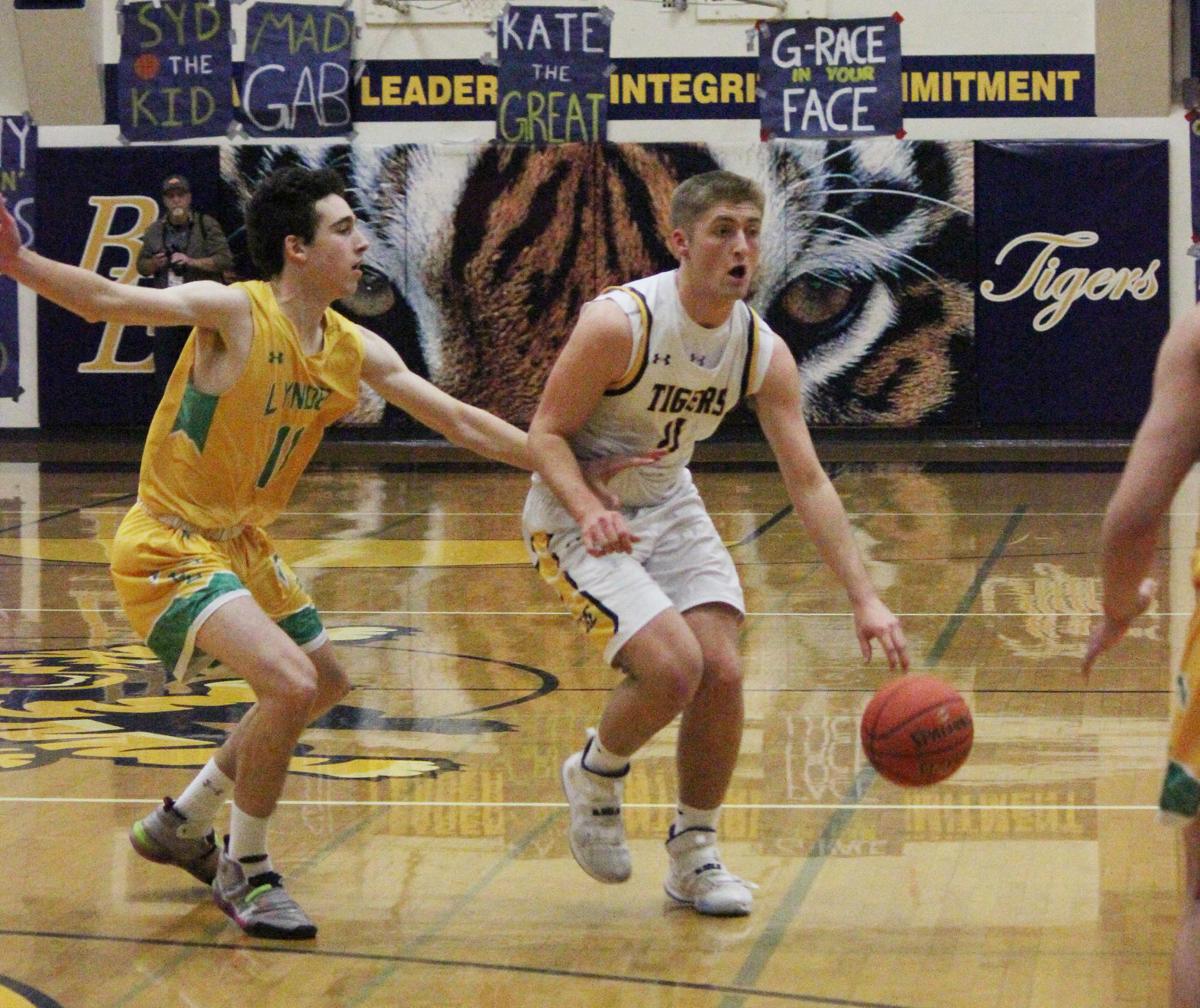 BURLINGTON — There was only one place to be Saturday night if you were a prep basketball fan.

And that place was Burlington-Edison High School as the Tigers hosted the Lynden Lions, and by the standing-room-only crowd in attendance, plenty of fans knew what was at stake — a Northwest Conference title.

When the dust finally settled, it was the Tigers coming away with the 58-49 victory.

“It was a big win,” Burlington-Edison coach Chas Kok said. “This team was ready. We just needed to get out of our own way and play with energy.

“But I told them just now, enjoy this for a day because on Monday, it’s back to work.”

Back to work as in preparing for the district tournament where the Tigers, who get a first-round bye, will host a game at 6 p.m. next Saturday.

“We knew what we needed to do,” Burlington-Edison’s DJ Clark said. “We needed to play shutdown defense and then score on offense.”

Both Burlington-Edison and Lynden entered the game with 12-0 records in conference play. The game was originally scheduled for Jan. 18, however, Mother Nature intervened and so the two basketball powers bided their time while racking up the wins.

The game did not disappoint as both squads hit bombs from the outside when not pounding the ball inside.

The lane was no place for the weary as Lynden’s 6-foot, 11-inch Liam Hanenburg lurked and dueled with the Tigers’ Jackson Reisner, Wyatt Walker and Isaac Donovan off the bench. Walker would end the game with 13 points to go along with 10 rebounds while Reisner scored 12 points.

“I thought Jackson and Isaac did a really good job,” Kok said. “They also had plenty of help.”

The score at the end of the first quarter was 17-9 Tigers and the home team enjoyed a 26-22 lead at half.

It was 40-35 at the end of quarter No. 3, a quarter that saw Hanenburg pick up his fourth foul at the five-minute mark. Burlington-Edison pushed the lead to 44-35 with the Lions’ big man on the bench.

It was the fourth quarter, however, where Burlington-Edison came out firing. Clark hit a jumper, and following a defensive stop, Zach Watson made a shot as the Tigers’ lead grew to 46-35.

“I was able to hit a couple shots and got my confidence up,” Clark said. “Then we just played defense. The first half was our defense, the second half was our offense.”

Seeing the game slipping away, Lynden had no choice but to return Hanenburg to the fray early in the fourth quarter.

“I told them before the fourth quarter started to just go out and play basketball,” Kok said. “I thought we struggled last season closing out games on the defensive end. So we have really been working hard on that.”

Burlington-Edison played unselfish basketball and that style of play led to 20 assists for the game.

The Tigers proceeded to hit their first seven shots in the fourth quarter and their defensive pressure was relentless as Hanenburg would be held scoreless in the frame. He finished the game with 10 points.

Lynden’s Jordan Medcalf and Brock Heppner tried to pick up the slack. Medcalf showed range in scoring 15 points while Heppner wasn’t afraid to put the ball on the floor and drive to the hoop. He ended the game with 13 points.