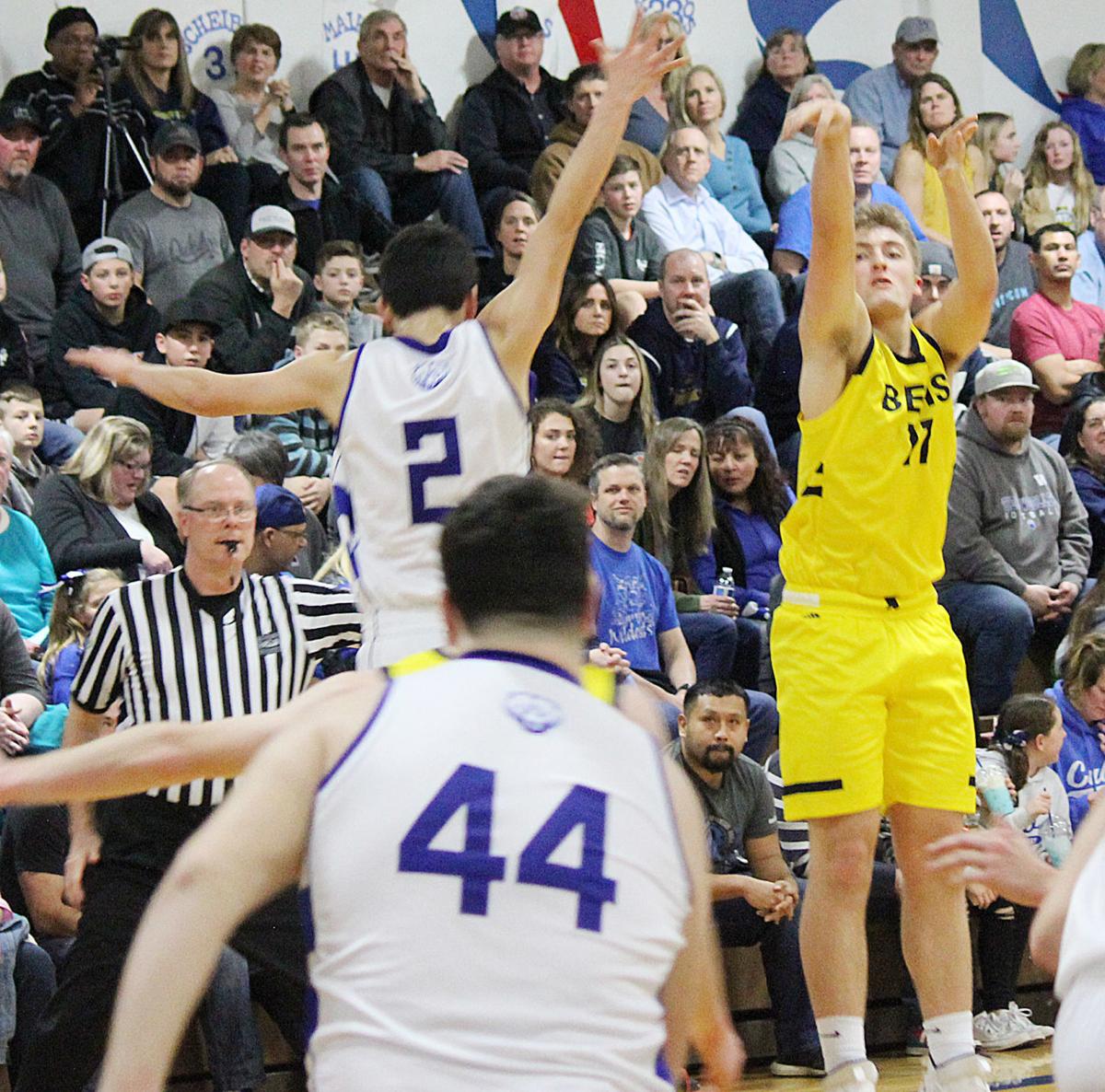 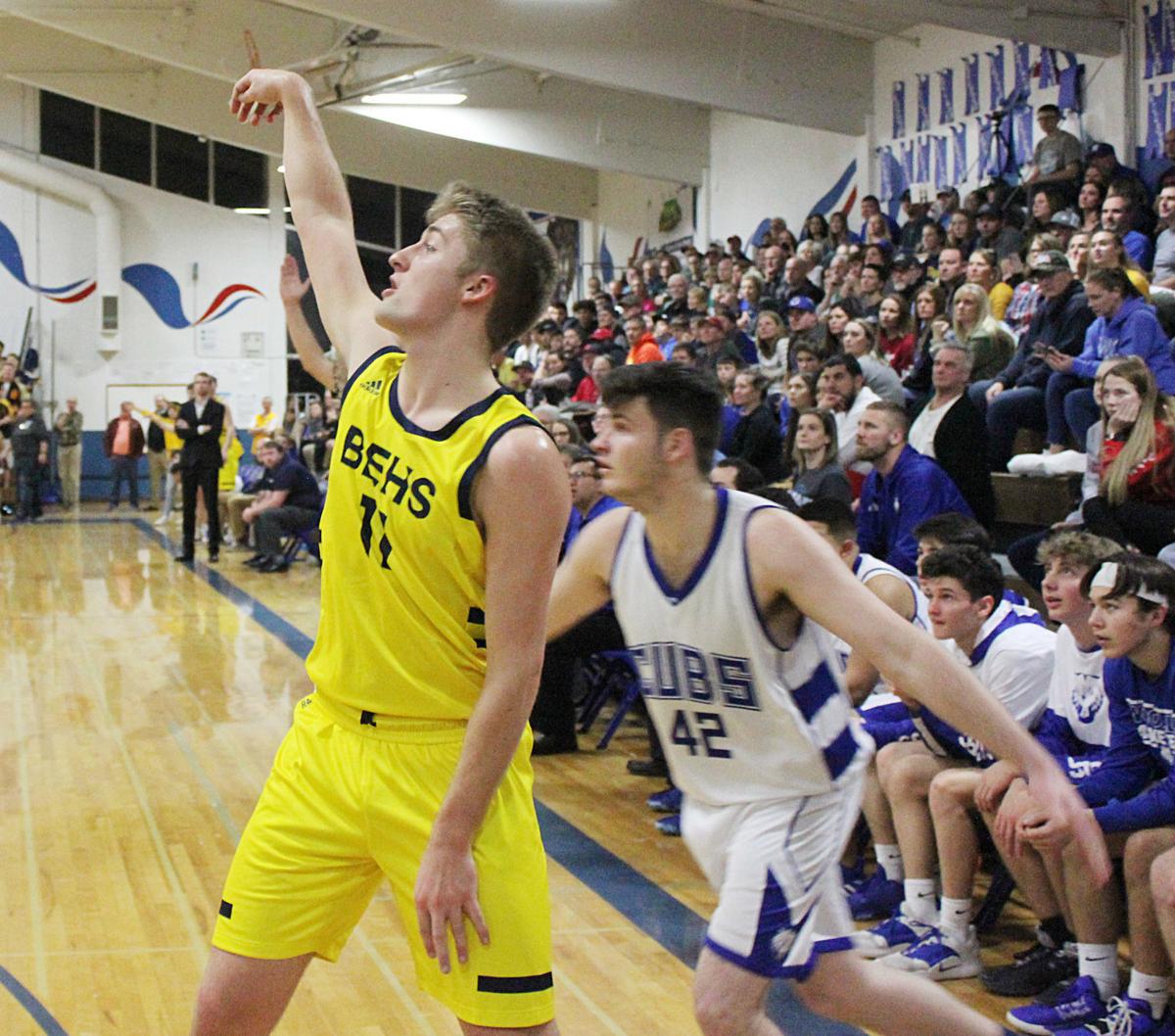 Burlington-Edison forward Jackson Reisner follows through on one of his three 3-pointers in the first half Friday at Sedro-Woolley High School. Defending on the play is the Cubs’ Brandon Belisle.

Burlington-Edison forward Jackson Reisner follows through on one of his three 3-pointers in the first half Friday at Sedro-Woolley High School. Defending on the play is the Cubs’ Brandon Belisle.

SEDRO-WOOLLEY — The Burlington-Edison boys’ basketball team notched another win Friday night, however, this victory may have been just a bit sweeter seeing how it was over Sedro-Woolley.

The Tigers pulled away late to secure the 51-32 Northwest Conference victory.

Sedro-Woolley (1-8, 6-10) was certainly game as the home team trailed by just seven points midway through the fourth quarter of the Chickenfest matchup.

The Tigers (8-0, 14-1) responded in the second half, particularly on the defensive end where Burlington-Edison held Sedro-Woolley to 10 points.

“We held them to seven points in the third quarter and three in the fourth,” Kok said. “Props to our guys defensively.”

Offensively, the Tigers were led by Jackson Reisner’s 21 points.

Josh Jolly, Eljiah Porter and Isaiah Price each scored 10 as the Braves improved to 4-1, 5-8.

“Todd does an incredible job with those guys ... as small a roster as they have, it feels like there are seven guys on the court when we’re playing,” Lions coach Levi Stewart said. “La Conner has a great environment, it’s a great place for our guys to play.”

ANACORTES — Jaden DeBoer hit a 3-pointer in the final seconds to give the Lyncs the Northwest Conference win, but Anacortes coach Brett Senff liked what he saw from his team.

MOUNT VERNON — Dylan Roberson made a 3-point play late to lift the Hurricanes to the Northwest 2B/1B win.

“He did an up-and-under, then made the basket and his free throw,” Mount Vernon Christian coach Pat Russell said.

Canaan VanderArk led the Hurricanes (2-2, 5-8) with 16 points and Chris Wyatt and Josh Denton scored 12 each.

MOUNT VERNON — Isaiah Brown scored 21 points for the Bulldogs, but Mount Vernon took the narrow loss at home to fall to 3-5 in the Wesco 4A, 7-7 overall.