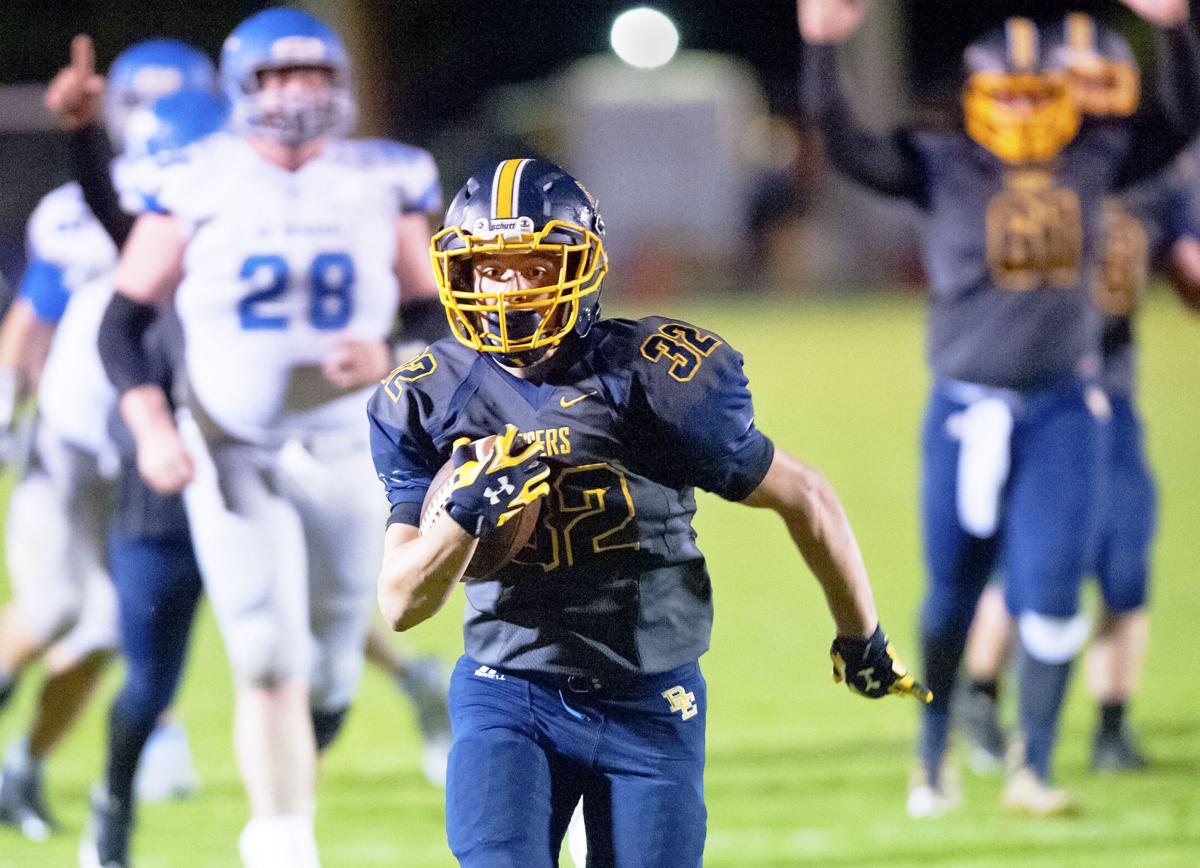 Burlington-Edison running back Quyntin Frazier runs for a touchdown during the first quarter at home Friday night against La Center. 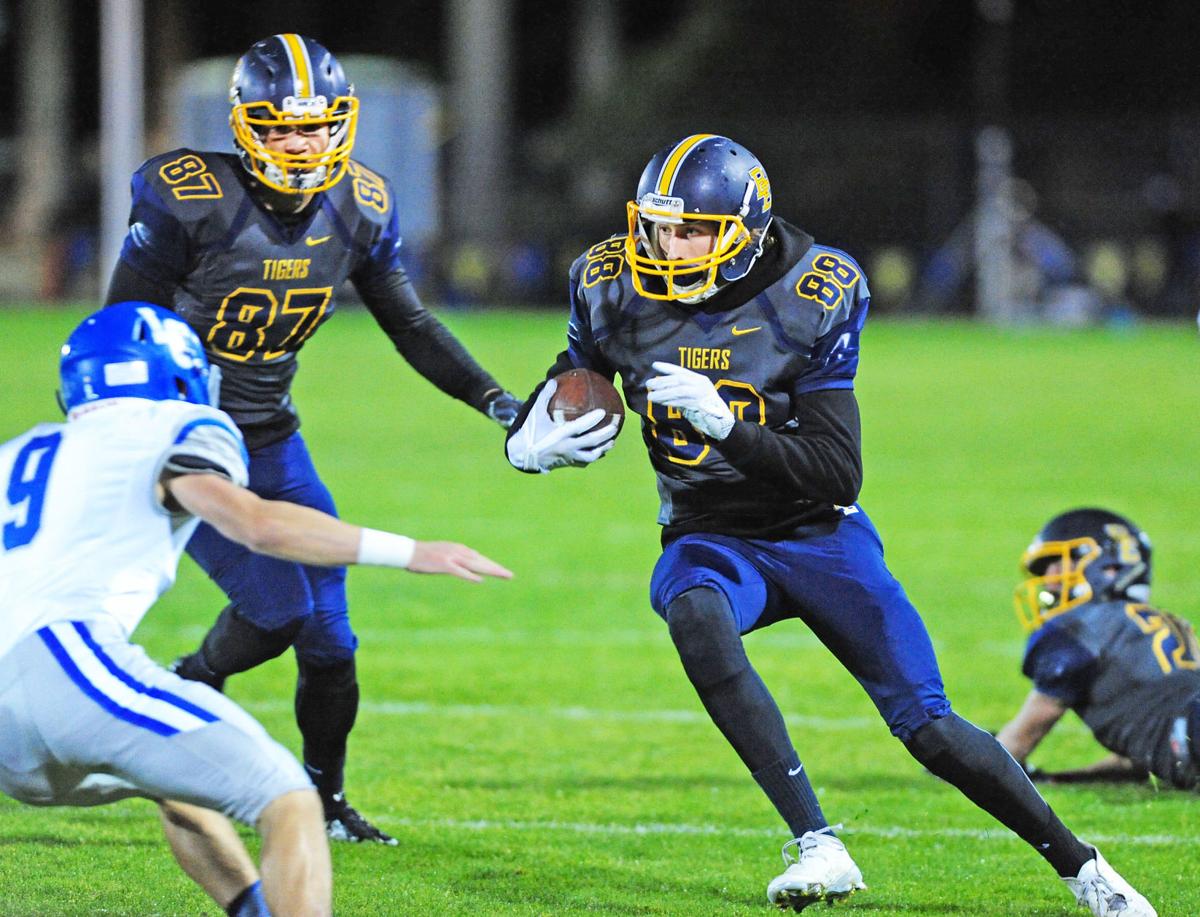 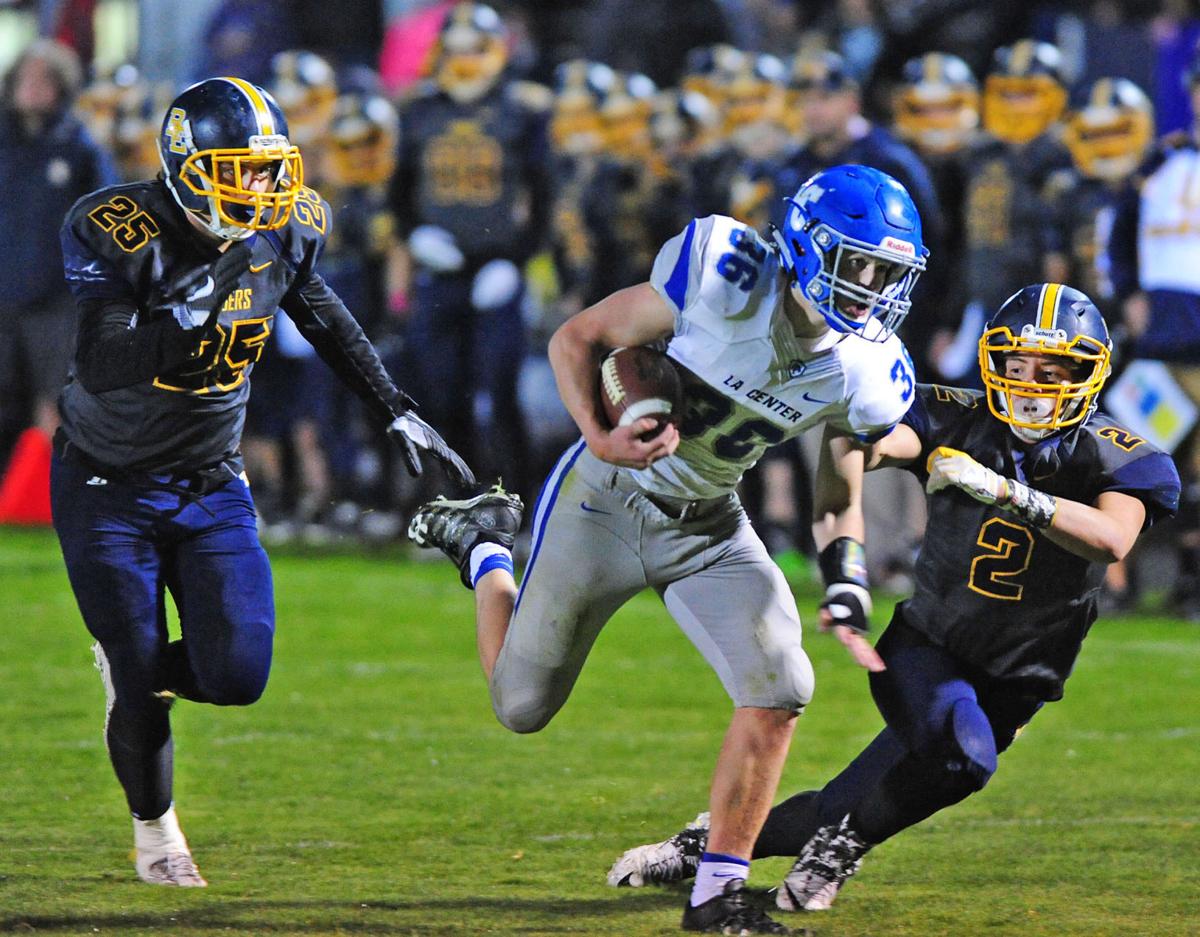 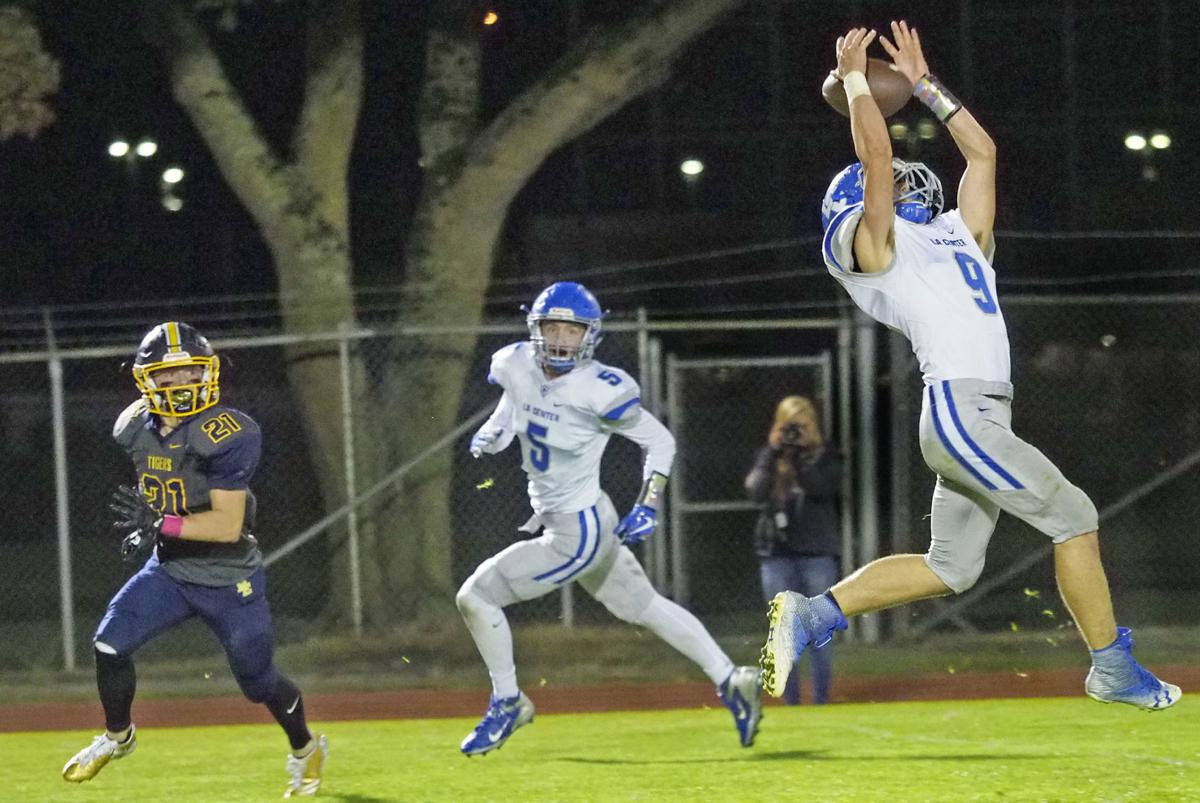 A pass intended for Burlington-Edison slotback Aaron Fisher (21) slips through the fingers of La Center cornerback Evan Honore (9) on Friday night in Burlington.

Burlington-Edison running back Quyntin Frazier runs for a touchdown during the first quarter at home Friday night against La Center.

A pass intended for Burlington-Edison slotback Aaron Fisher (21) slips through the fingers of La Center cornerback Evan Honore (9) on Friday night in Burlington.

BURLINGTON — If the Burlington-Edison football team had any hopes of keeping its momentum going after last week’s big win against Sedro-Woolley, Wyatt Dodson and the La Center Wildcats bowled them over Friday night like they did everything else.

The bruising Dodson rolled up 309 yards and five touchdowns as the Wildcats downed the Tigers 48-20 in a nonconference matchup.

It was the biggest game yet this season for the junior running back, who racked up 201 yards and three touchdowns the previous week in a 64-32 romp over Stevenson.

“They didn’t drive up here four-and-a-half hours to get beat up,” Tigers coach Herb Lehman said. “Every time we got momentum, they stole it back.”

The Tigers jumped out to the early lead on an 18-yard touchdown run by Quyntin Frazier, but things went downhill from there, with the Wildcats scoring the next four touchdowns: a short touchdown pass from Hayden Williamson to Jackson Lesslie and TD runs by Dodson of 11, 22 and 35 yards.

Burlington-Edison (4-3) got a touchdown run by Carlos Gonzalez and a touchdown pass from Isaac Lindsay to Julian Houston for an 18-yard score. But the Tigers couldn’t catch up with the Wildcats, who added two TD runs in the fourth quarter to keep them at bay.

Wildcats coach John Lambert said he was happy the Wildcats, who made the state Class 1A semifinals last year, got a stout test from the Tigers.

“We knew Burlington-Edison would be the kind of team we’d see in the playoffs,” he said. “The kids have been building all year, and I’m grateful.”

As for the Tigers’ playoff chances, they’ll be more clear after a Northwest Conference test next week as they host Lynden in a clash of two of the conference’s top teams.

“Coming off the big win (last week) we weren’t as prepared to play this game as we should have been,” he said. “I’ll have to do a better job of that.”