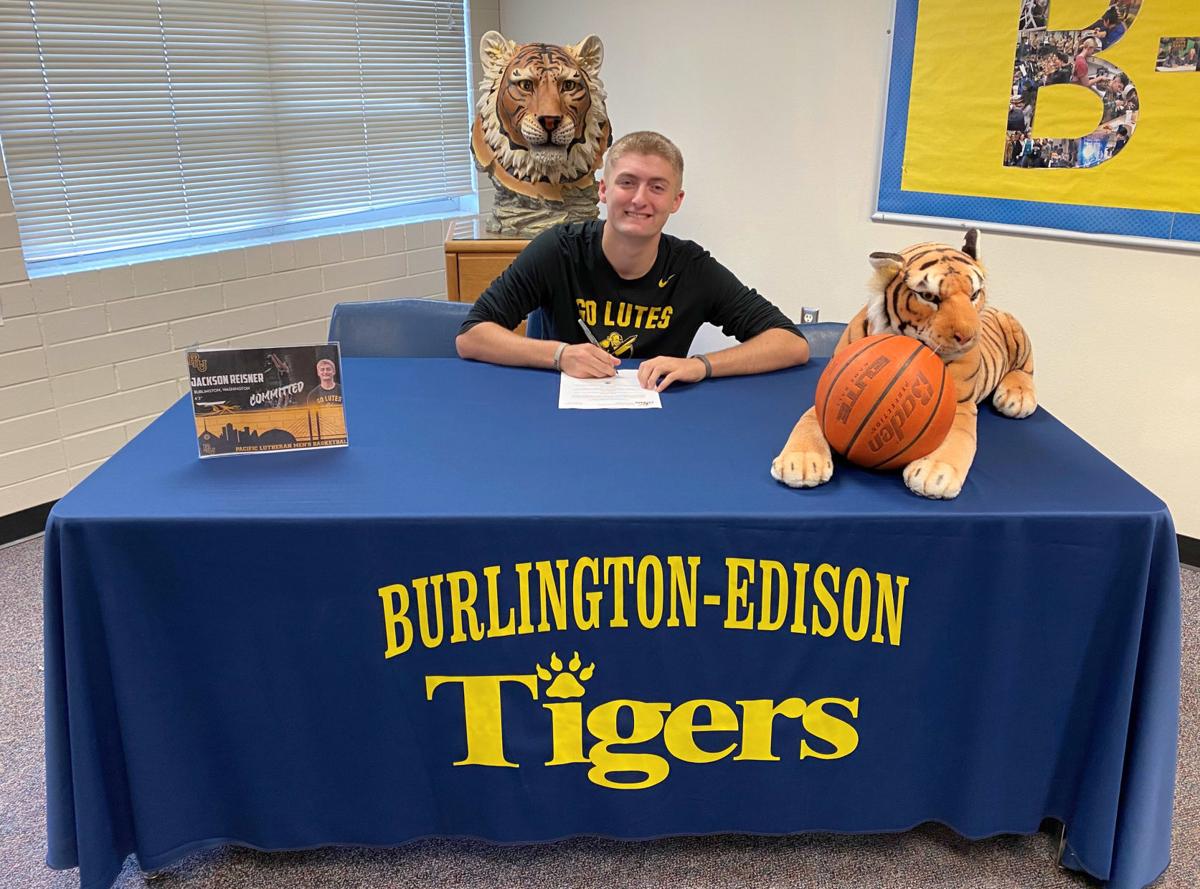 Burlington-Edison’s Jackson Reisner signs a letter of intent to play basketball at Pacific Lutheran University after receiving an academic scholarship. 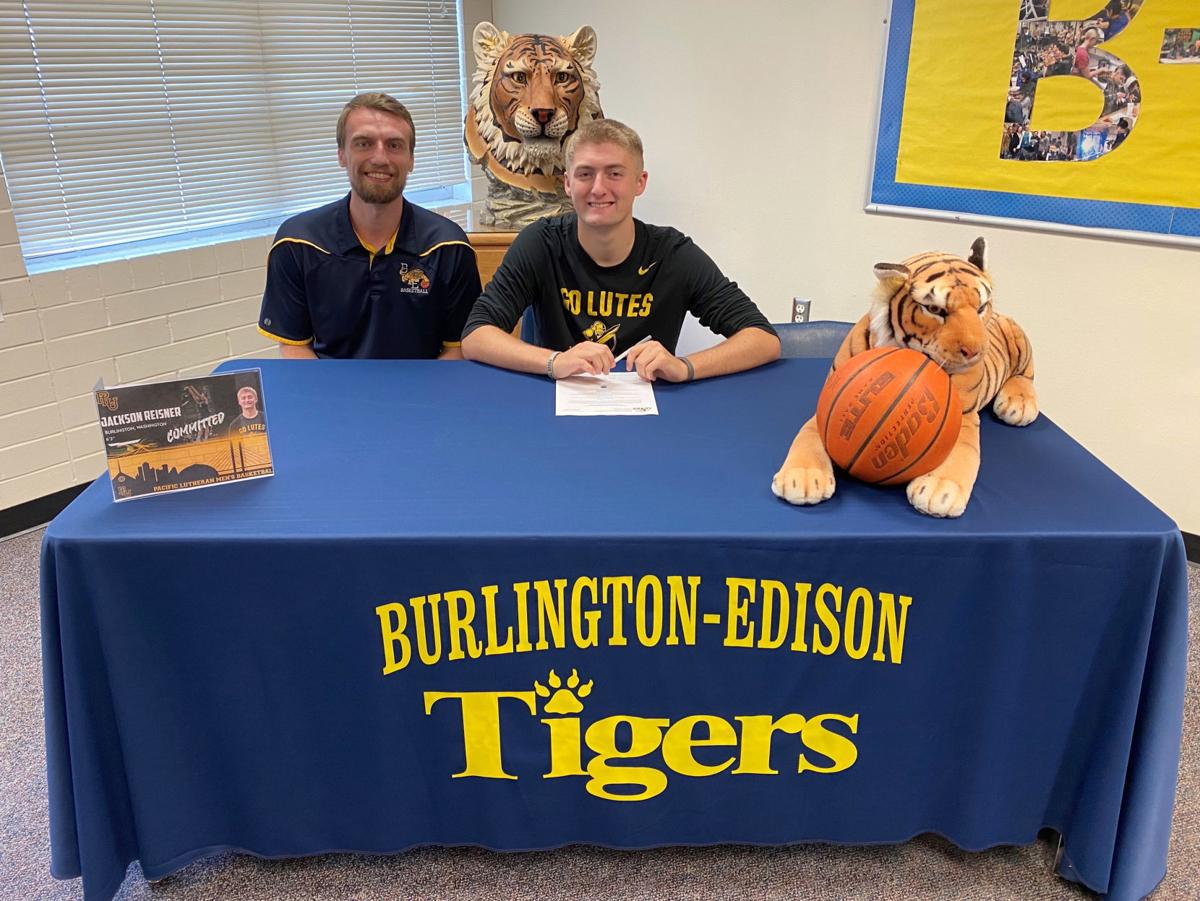 Burlington-Edison’s Jackson Reisner signs a letter of intent to play basketball at Pacific Lutheran University after receiving an academic scholarship.

BURLINGTON — Jackson Reisner made the decision at the end of his prep basketball career to attend and play for Pacific Lutheran University in Tacoma.

He made it official Monday, signing a national letter of intent to play for the Division III Lutes of the Northwest Conference. He'll attend the university on an academic scholarship after finishing high school with a 3.60 GPA.

"I am really excited," Reisner said. "It's going to be a lot of fun. ... PLU was always at the top of my list. "... It's really a dream come true. It's always been my intention to play basketball for as long as I can. I am just really thankful for the opportunity to do it."

A stellar career at Burlington-Edison High School was capped off by a senior season in which he was named the Skagit Valley Herald Boys' Basketball Player of the Year, led the county in scoring — averaging 15.7 points per game — and was named all-state and all-Northwest Conference.

"He's a really good shooter, and any program can use a guy that can put it in the basket," Pacific Lutheran coach Chad Murray said. "We want guys like that who can stretch the defense."

Murray said guards at this level tend to be on the shorter side, so Reisner's 6-foot, 3-inch frame could make for a tough matchup.

Reisner was impressed with what he saw from a solid PLU team.

"Their style of play is very much like my style," Reisner said. "The program is on the rise under coach Murray, and every year they are getting better. They made it to the postseason last year, but ended up losing to a really good Whitworth team."

Murray got the chance to watch Reisner play in Seattle. Reisner returned the favor when he got to watch the Lutes.

"After watching them play, I saw where I could really contribute," Reisner said. "I loved the way they pushed the ball, and I loved their sets."

Whether the young player gets time on the court this coming season depends on what Reisner is able to do.

"Everyone has the same opportunity," Murray said of earning playing time.

Attending PLU continues a legacy for Reisner, whose parents both attended the school.

"It just checked all my boxes," Reisner said. "It's close to home. It also has real small class sizes that I couldn't get at other places. It's a place where a teacher gets to know you. If you are in a class of 300 people, that's not really my thing."

He plans to major in elementary education.

"After seeing the campus and talking with the coach," Reisner said, "it just felt like home to me."