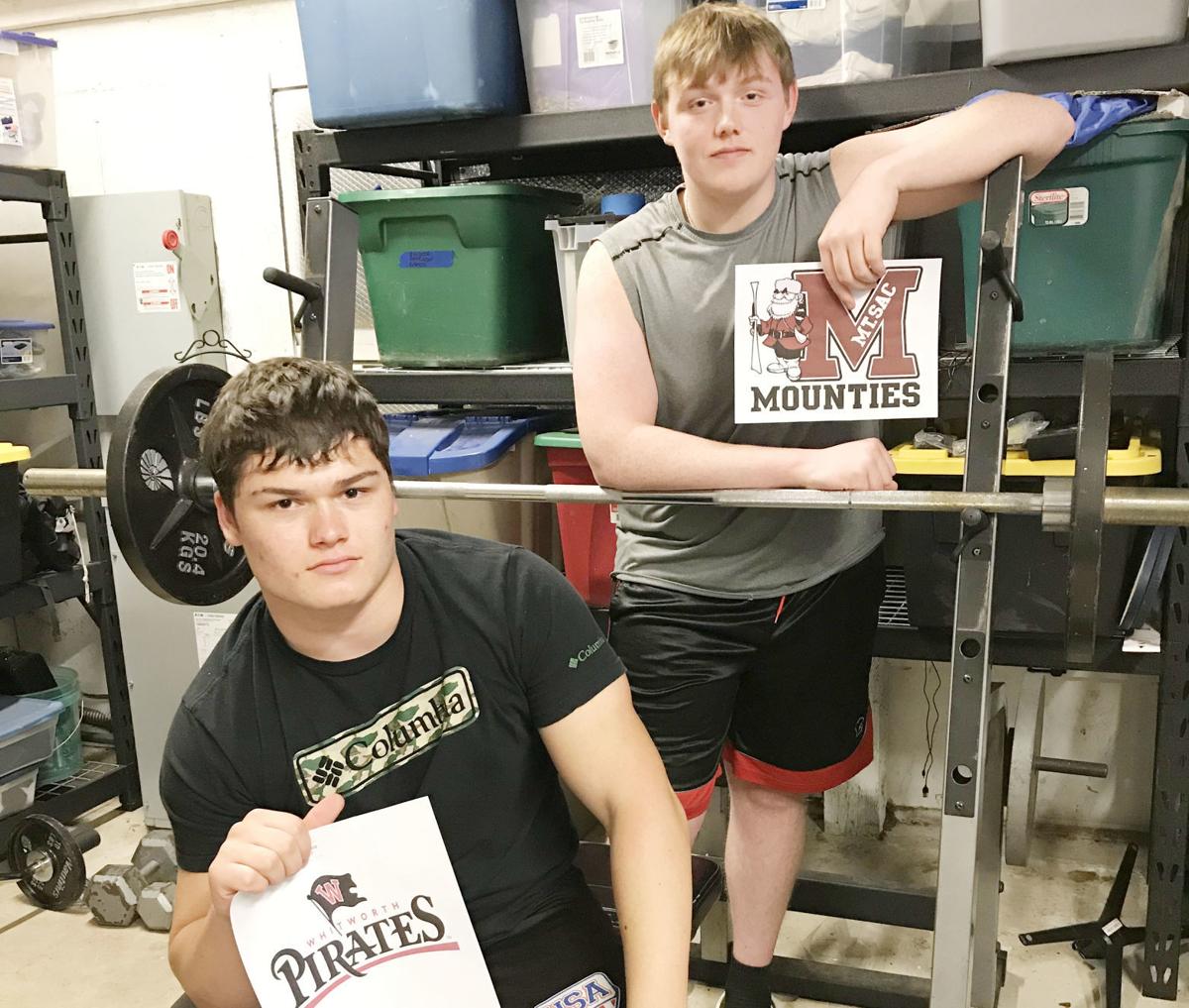 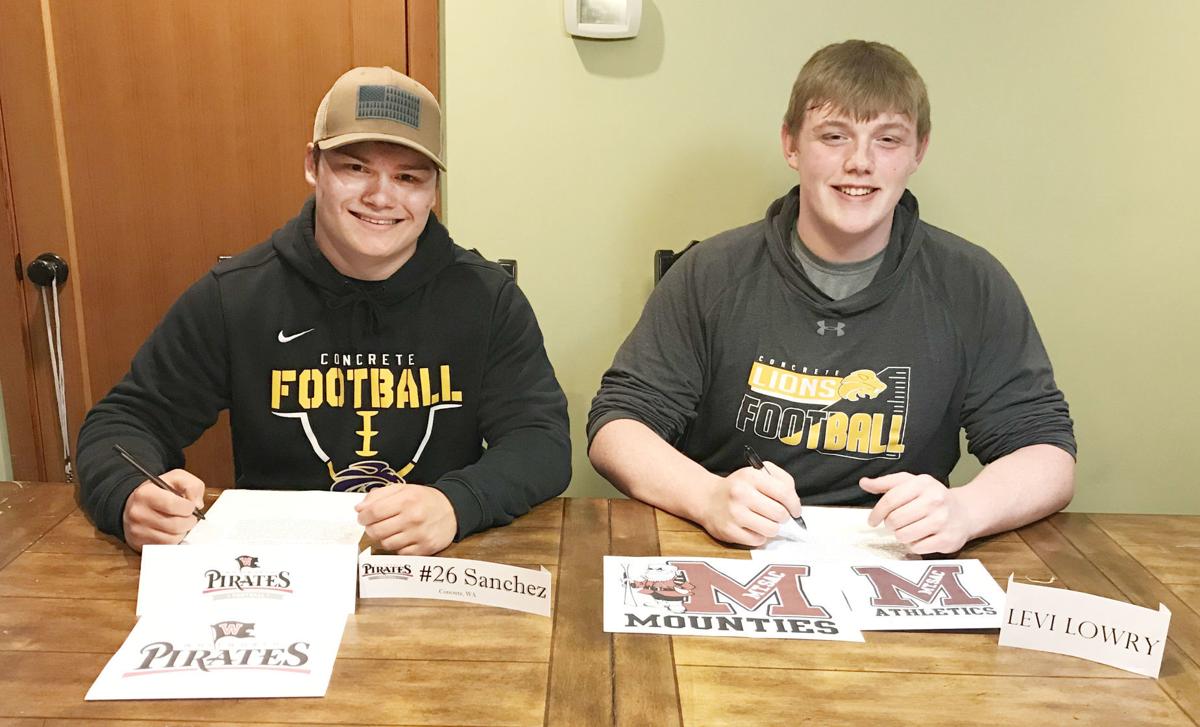 Concrete's Peyton Sanchez (left) and Levi Lowry were standouts on both sides of the ball in high school.

Concrete's Peyton Sanchez (left) and Levi Lowry were standouts on both sides of the ball in high school.

CONCRETE — Peyton Sanchez and Levi Lowry were standouts on the football field for the Concrete Lions.

“I am really excited,” Sanchez said of playing for the Pirates. “It’s a winning program that really wants their players to work hard to be the best they can.

“I really didn’t expect to get this chance. I am going to make the most of it.”

Last season, Whitworth finished second in the Northwest Conference with an overall record of 6-3.

Both Sanchez and Lowry earned All-Northwest 2B League accolades on both sides of the ball.

“I’m very excited to be able to continue to play football,” Lowry said. “I am really looking forward to this opportunity.”

Sanchez played quarterback and defensive back for Concrete. He threw for 1,594 yards and 18 touchdowns, and led the county in rushing with 164 carries for 1,064 yards.

Sanchez won’t have to worry about taking snaps while at Whitworth. He was recruited to play safety.

“I’m excited about that,” he said. “They talked about how I was physical and wanted to hit people. I was kind of like a ball hawk and they liked that.”

Sanchez plans on studying criminal justice while at Whitworth.

Lowry anchored both the offensive and defensive lines.

“The reason for this is all because of Arthur (Sanchez, Concrete’s coach),” Lowry said of the opportunity to play in college. “He set me up on a website and that is where the coach found me.”

Lowry said he’d never heard of the college before and wasn’t being actively recruited to play until the Mounties coach reached out to him.

“I was pretty much thinking I wasn’t going to be playing college football,” he said. “I wasn’t necessarily giving up, but I never really thought about playing until the coaches brought it up.”

As far as a position is concerned, Lowry said he’ll be somewhere along the offensive line.

“What position exactly, I don’t know,” he said. “But my plan is to play there and then move on to a four-year school and play.

“I always wanted to continue to play football. I didn’t want to stop. Now I have an opportunity to keep playing.”