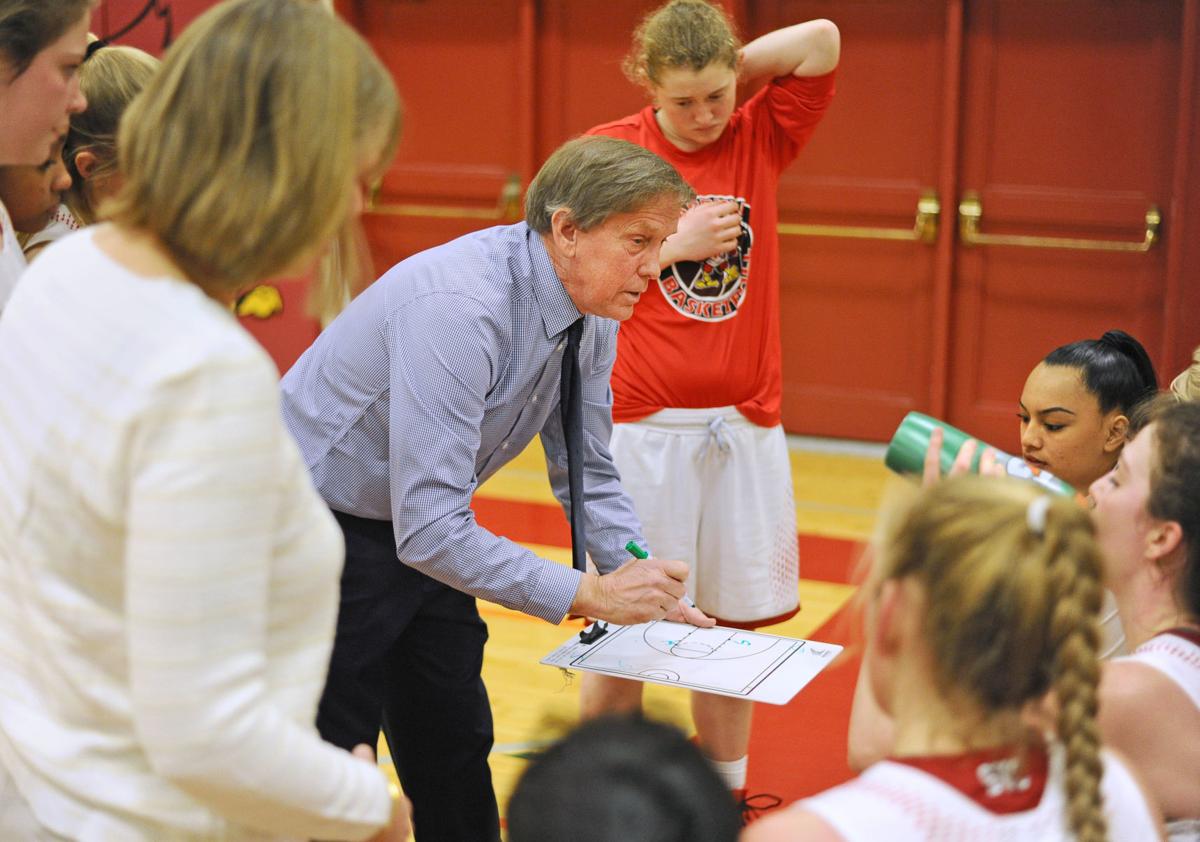 Steve Epperson talks to his team during a Jan. 19 game against Whatcom.

Steve Epperson talks to his team during a Jan. 19 game against Whatcom.

Epperson, who arrived on the college campus 42 years ago, retired Thursday as basketball coach and athletic director.

His assistant coach of 25 years, Deb Castle, has been named the team’s head coach.

In a Monday news release, Epperson said he has departed to spend more time with his family.

“Steve has had a profound impact on the lives of thousands of students throughout his exceptional career,” college President Tom Keegan said in the release. “With his leadership and passion, the Cardinals will be proud to build upon the tradition of excellence that he helped shape.”

Epperson’s leaves a women’s basketball program he oversaw for about four decades.

This past season, Epperson surpassed 900 wins and with 905 wins leaves as the most successful women’s basketball coach in Northwest community college history.

After graduating from Washington State in 1977, he began his coaching career at Skagit Valley College as head coach of the volleyball, women’s basketball and baseball teams, and was the gym manager.

Soon after, he became the financial aid director, and in 2015 the college’s athletic director.

Nancy Anderson, a physical education instructor at the school and a member of the NWAC executive board, will lead the athletic department through September.