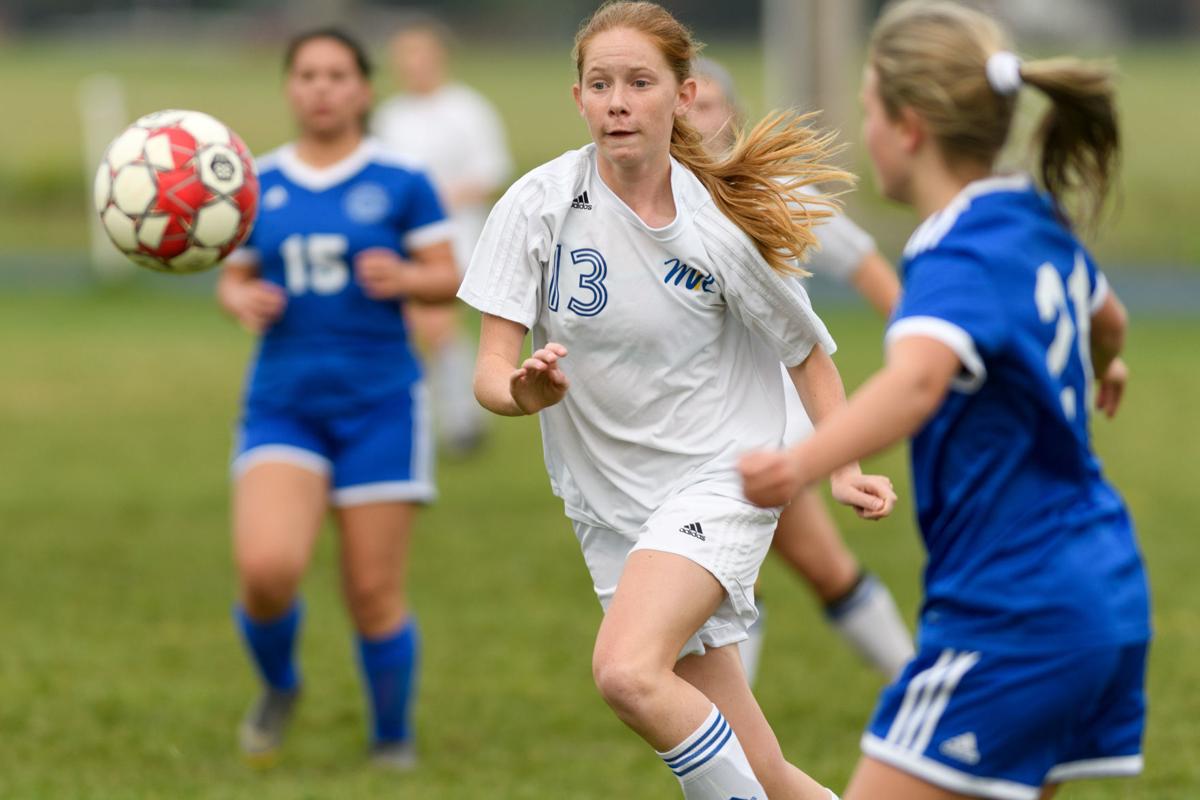 Mount Vernon Christian’s Emily Russell (13) brings the ball up the field Oct. 24 in a match against La Conner. 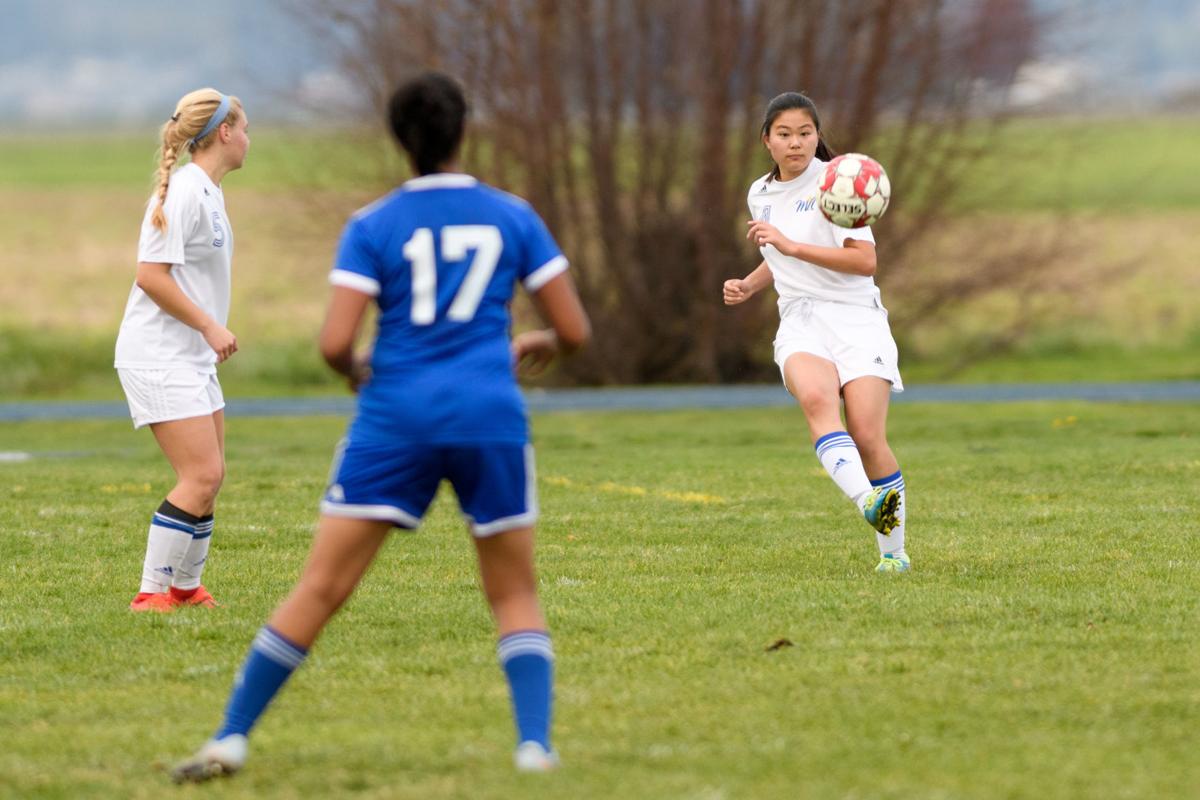 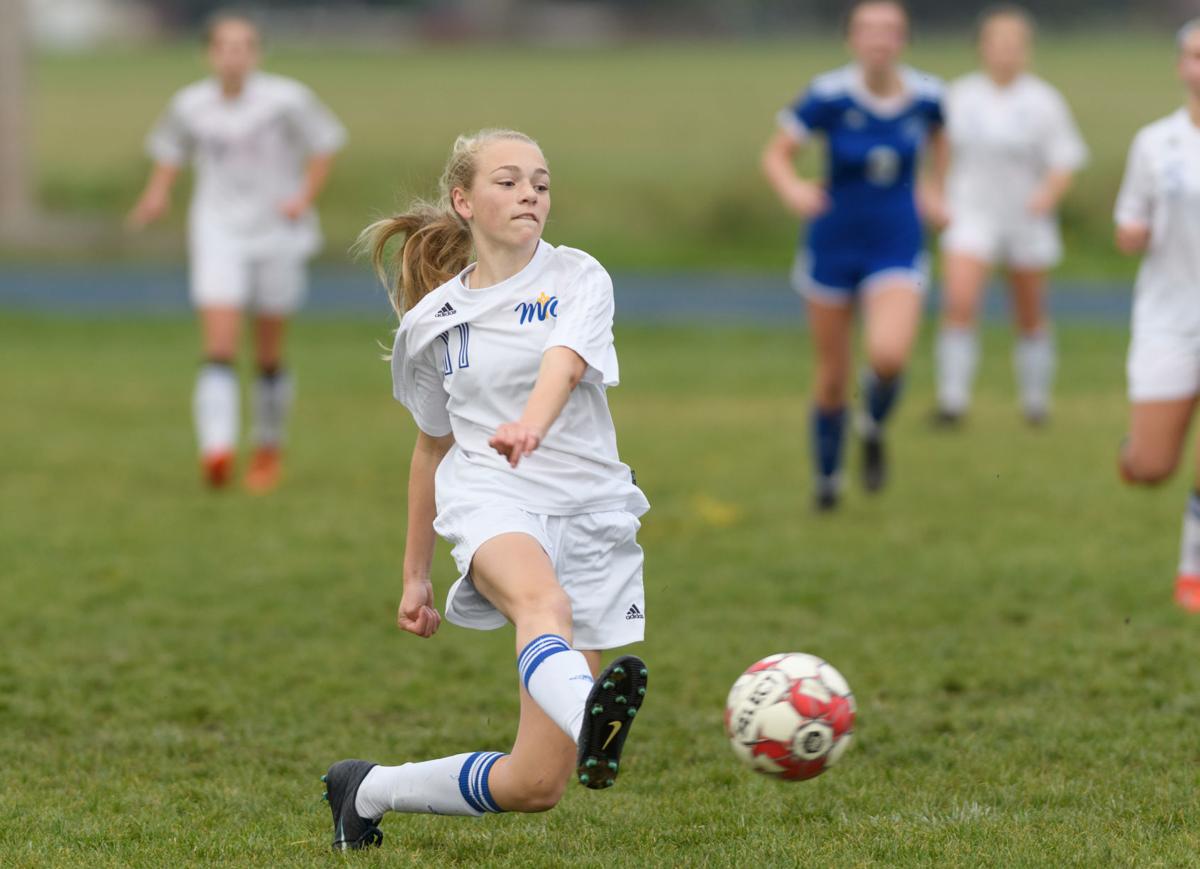 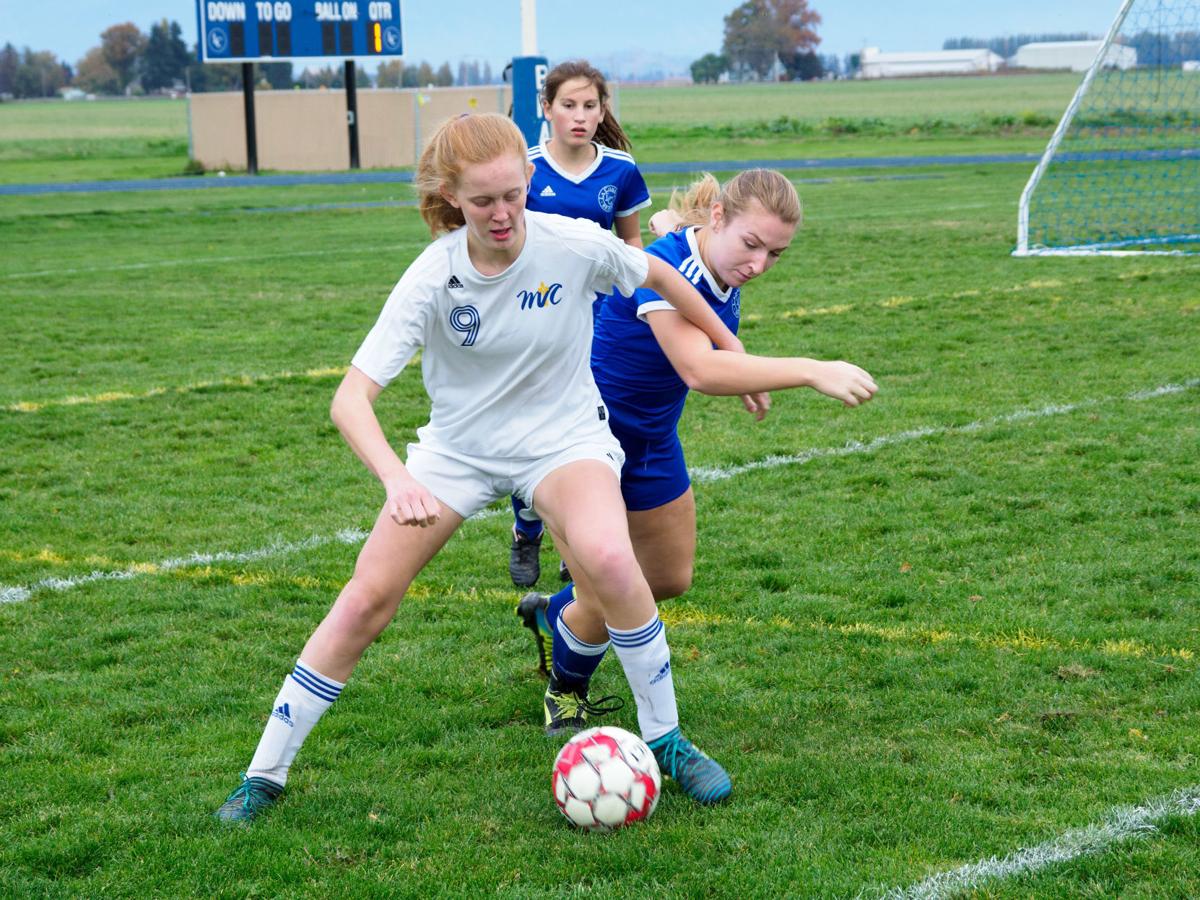 Mount Vernon Christian’s Emily Russell (13) brings the ball up the field Oct. 24 in a match against La Conner.

MOUNT VERNON — The season got off to a rocky start for the Mount Vernon Christian girls’ soccer team.

But ever since that 8-0 loss to Cedar Park Christian (Bothell), the Hurricanes have been nothing short of dominant, storming their way to a 13-1-1 record and the top seed in the Bi-District 2B/1B Tournament that gets underway Wednesday.

“It has been an amazing group to coach,” said John Burmeister, who is in fourth season as the Hurricanes’ bench. “They have really meshed as a group. Our eighth graders came right in and were welcomed as part of the family. It was cool to see. It was an easy transition because of that. “

The squad was the Washington Interscholastic Activities Association Class 1B Team of the Month for October. And proving the Hurricanes can get it done off the pitch as well, they earned their second consecutive Class 1B Academic State Championship with a combined 3.68 GPA.

When the team’s playoff run ends, Burmeister will be turning the program over to Mike Russell, who already has the title of co-coach.

Russell is not only familiar with the program, but the players as well, including daughters Abby, a freshman, and Emily, an eighth grader, as well as niece Kylee, a sophomore who has been injured this season.

“This team has great ability,” Mike Russell said. “A lot could have gone wrong after that loss. But the girls were learning a new system and I was a new coach. It was the first game.

There were lots of questions. But it showed me we needed to make some changes.”

The biggest change may have been moving Emily Russell from defender to forward.

The Hurricanes have scored 62 goals while allowing 16.

“I was nervous at first at going from defender to forward,” Emily Russell said. “I mean, here I was an eighth grader just coming on the team. It was very intimidating.”

Defensively, after allowing those eight goals in that first match, the Hurricanes’ defense has become stingy.

“It’s a new back line,” senior defender Lilly Bridge said. “So I’m surprised how well it has all come together. We’re a young team, but they learned quickly and we are getting used to each other.”

Abby Russell leads the team — and Skagit County — in scoring with 23 goals. Emily has 14 goals, while Emma Symmank — one of only two seniors and five upperclassmen on the team — has 12.

Symmank said she had hope the Hurricanes could be successful if their youth didn’t get the best of them.

“I mean, there are only three us that can drive on this team,” she said. “But you can’t tell there’s that sort of age difference.”

Burmeister said the Hurricanes had to replace 35 goals from last season, and headed into the playoffs have already done so.

That first game, however, could have sent shock waves that reverberated through the season.

Cedar Park Christian us a good Class 1A team, said Burmeister, and the match was played on a turf field.

“Honestly, we were a bit shell-shocked. We just had to tell the team, ‘Hey, there is going to be a big difference between our first and second game. This second game is going to be more the level of soccer we will play.’ Ever since, we have just got better and better.”

Symmank said the opener was a good test for the young team.

“It helped us get better, but it was rough. But you know what, I love playing for this team. And it is a team, a really close team.”

That second game was a 7-2 victory over Auburn Adventist, and the wins have been consistent ever since.

It was the third game, however, that just may have told Symmank how good this team could be.

“I’ve never beat Friday Harbor before, and I’ve been playing since the eighth grade,” she said. “That was great.”

The bottom line is that the Hurricanes are primed for the playoffs.