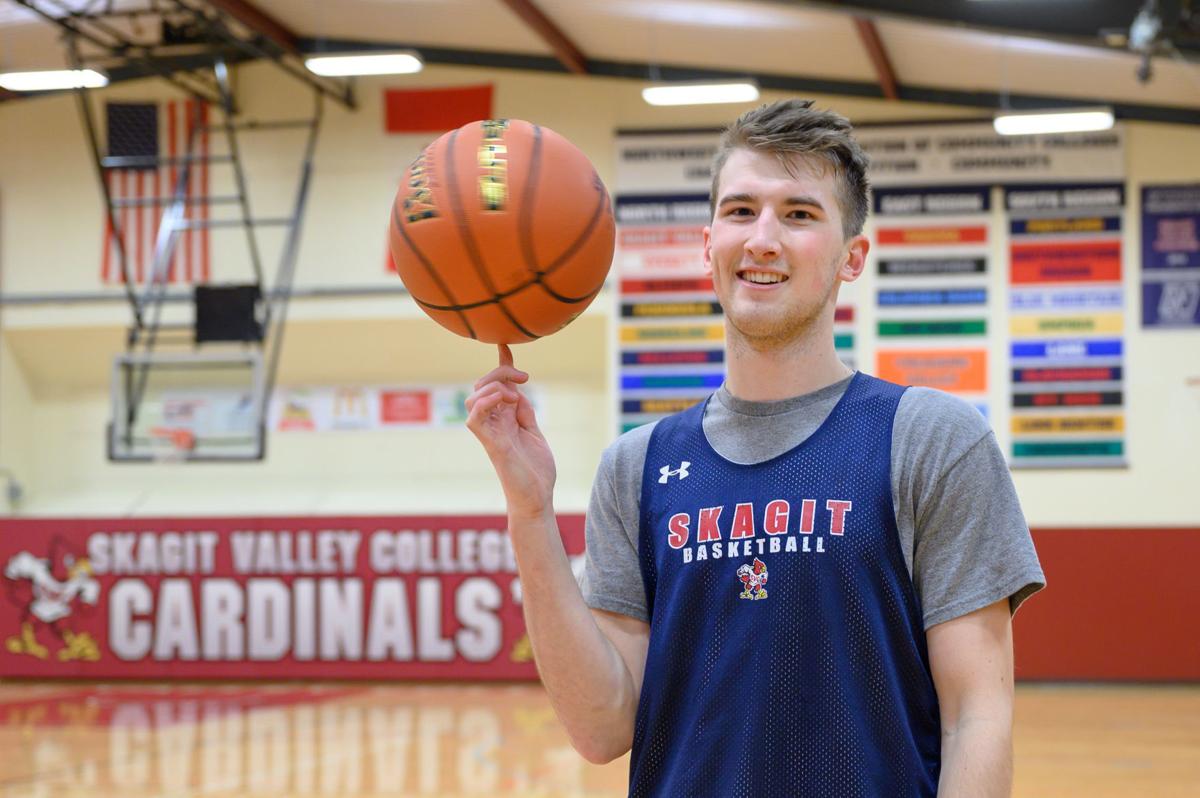 Cade Isakson is in his second season with the Skagit Valley College men’s basketball team. 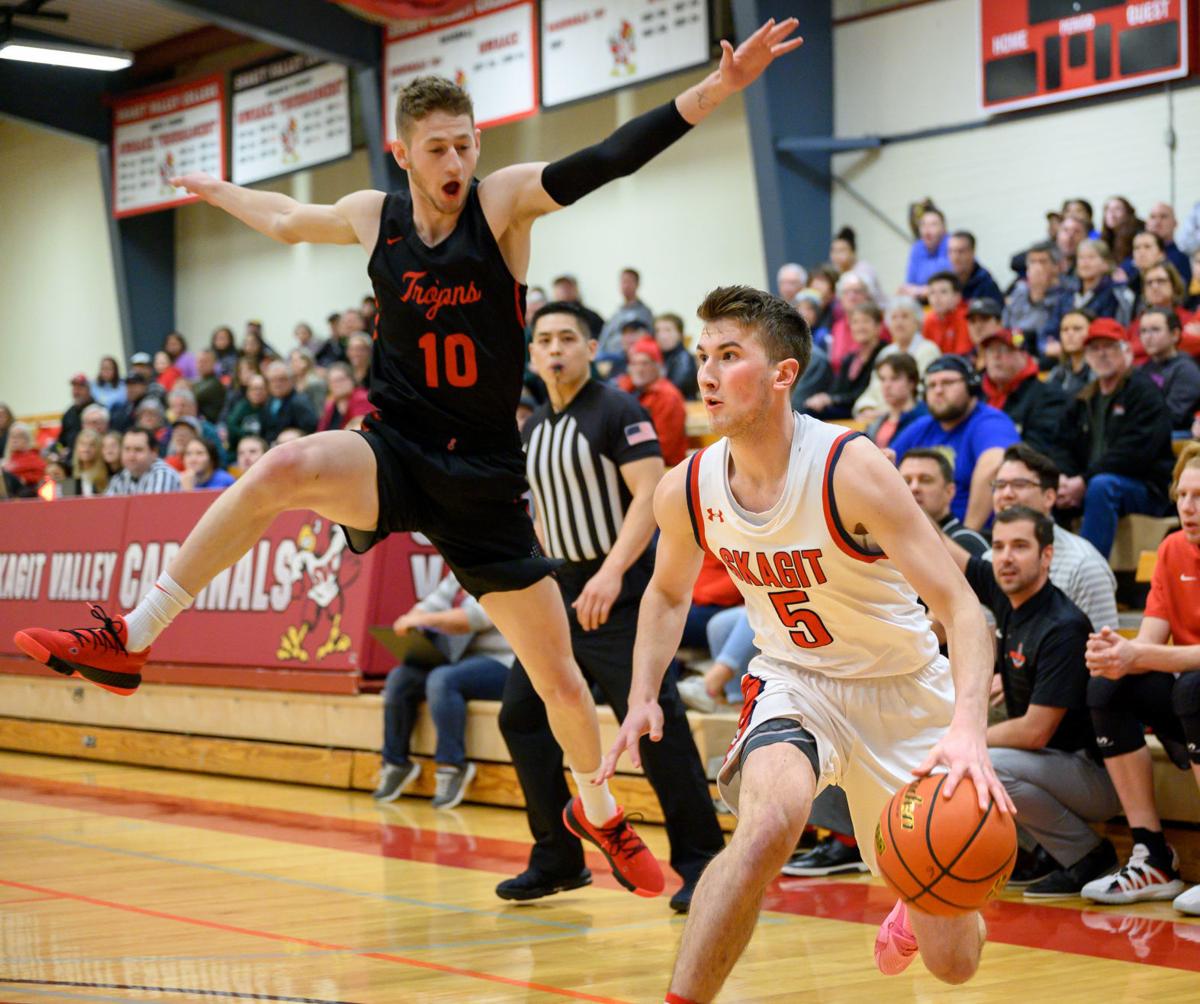 Skagit Valley College guard Cade Isakson gets Everett's Cameron Underwood in the air Wednesday before heading to the rim.

Cade Isakson is in his second season with the Skagit Valley College men’s basketball team.

Skagit Valley College guard Cade Isakson gets Everett's Cameron Underwood in the air Wednesday before heading to the rim.

MOUNT VERNON — When Carl Howell took over as head coach of the Skagit Valley College men’s basketball team this offseason, he heard Cardinals guard Cade Isakson was a good shooter.

To Howell’s surprise — and the Cardinals’ benefit — the Sedro-Woolley graduate is much more.

While Isakson has shown the ability to hit the outside shot, his improved defense and canny all-around game have helped boost Skagit Valley to a 23-1 record.

“When I got the job, everyone said he was a great 3-point shooter,” Howell said. “What I found, (is) he’s a great player in every aspect.”

The Cardinals have no shortage of talent, many of them first-year players under Howell.

Willie Thomas III leads the team in scoring at 16.1 points a game, and Anthony Iglesia (15.6) and Marquan Williams (15.6) are close behind.

Isakson’s scoring numbers may not be as gaudy, but his shooting ability keeps defenses honest, Howell said. Isakson has hit two or more 3-pointers in eight games, including a 4-of-7 performance early in the season.

“When he’s open and shoots, you’re surprised when it doesn’t go in,” Howell said.

That wasn’t necessarily the case early in the season.

Isakson struggled to find his stroke until a 3-for-6 3-point shooting performance — and a season-high 15 points — against Green River in early December.

“I think I hit my first three (3-pointers in a row) in that game,” Isakson said. “Sometimes that’s all it takes to get your confidence back.”

Howell said what is most surprising is how much more settled and efficient the Cardinals play when Isakson is in the game.

“We play better when he is in there, even when he isn’t hitting 3s,” Howell said. “He’s a calming influence.”

Part of that is the steady demeanor of the former all-conference guard for Sedro-Woolley. Another part is the little things Isakson does well — little things that add up, Howell said.

“He makes the extra pass. He sets good screens. He defends well,” Howell said. “And the thing that’s really surprised me has been his toughness.”

He said he’s happy to contribute to a Cardinals team that’s off to such a strong start.

“My dad told me if you’re doing the little things, you’re always helping,” he said.