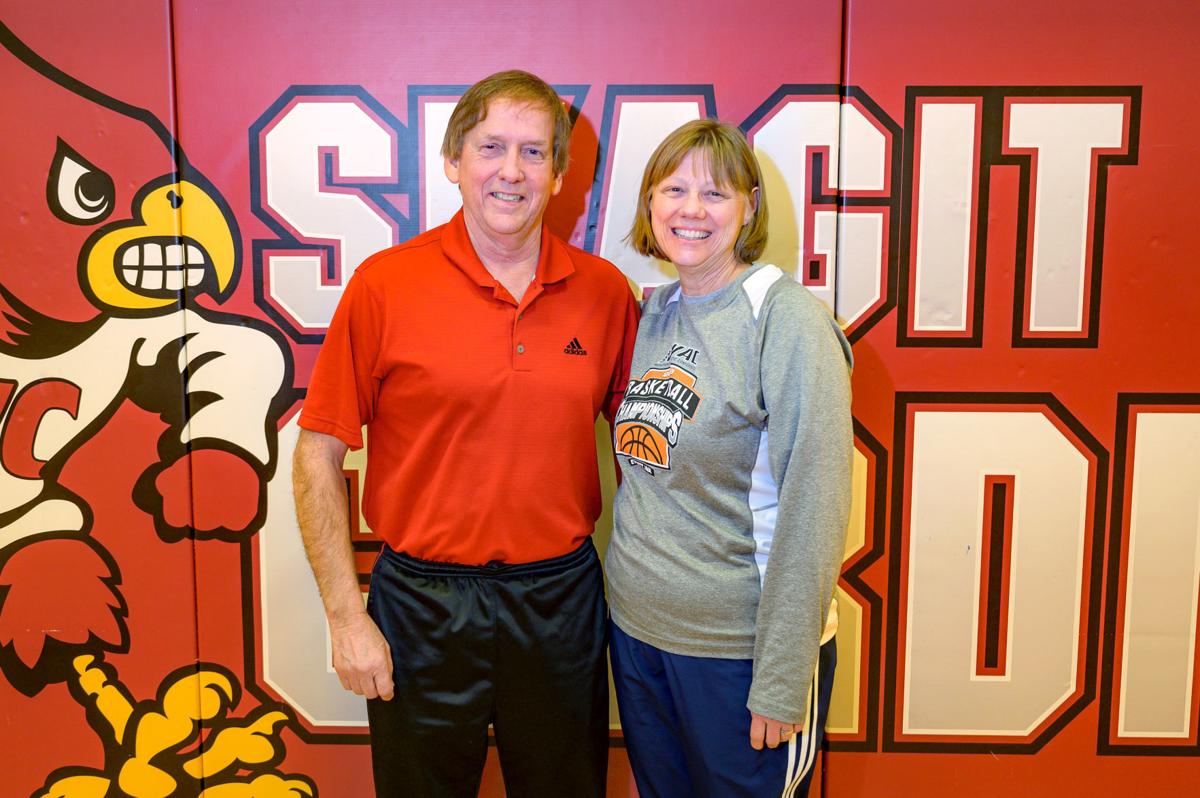 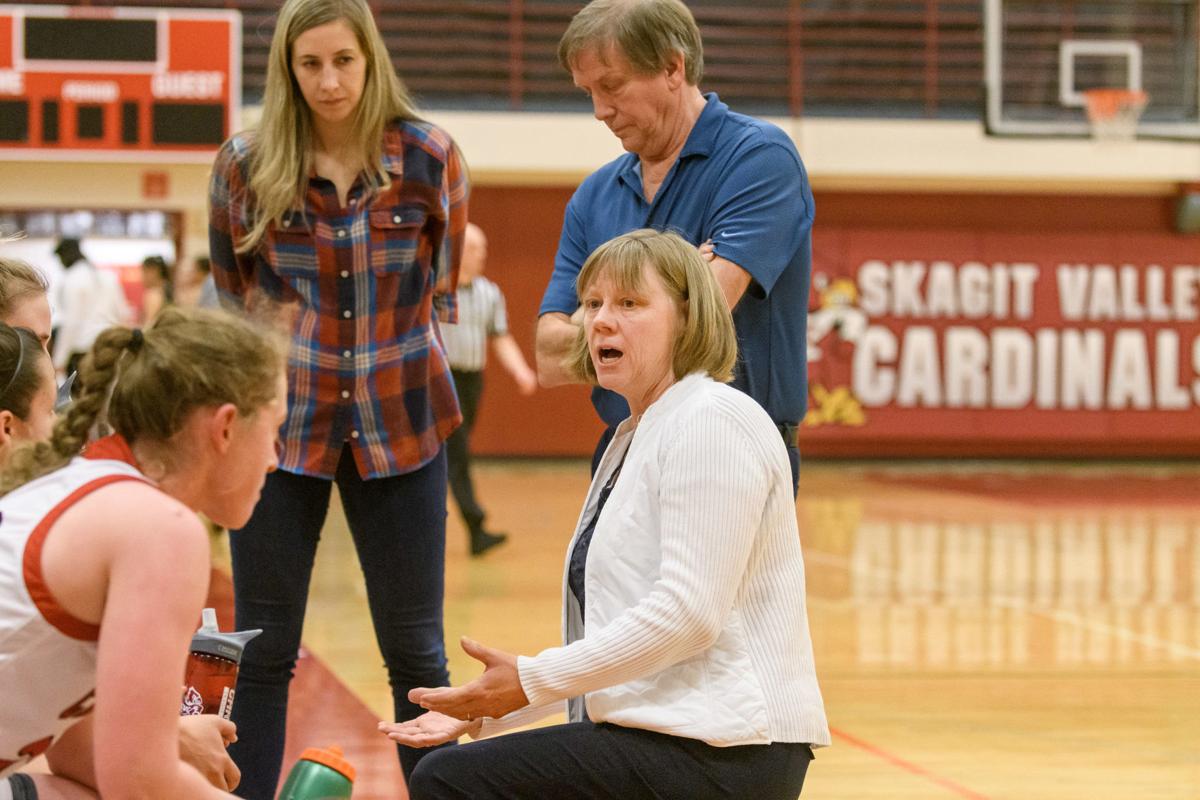 MOUNT VERNON — There has been a reversal of roles on the bench of the Skagit Valley College women’s basketball team.

Steve Epperson is the most successful women’s basketball coach in Northwest community college history, with more than 900 victories. Sitting beside him for 25 of those years was assistant coach Deb Castle.

When Epperson stepped down as coach before the start of the season, Castle assumed head coaching duties.

What wasn’t necessarily expected was Epperson’s decision to return to the bench in the role of an assistant coach.

“We had talked about retirement,” Castle said. “I’m retired. So it was a topic, but that was about it. Then in August, he informed me he put in his resignation and he’d officially retired.”

Epperson said he made the decision to retire rather suddenly.

With the birth of his first grandchild approaching, he wanted the freedom to be able to get away when he wanted to.

Still, the longtime coaches had a hiccup as to what Epperson was retiring from.

“I thought he’d retired from the athletic director job. I didn’t realize he was retiring from both positions,” Castle said. “So then we had a sit-down talk and contemplated all the options. We have a really special group of sophomores he felt a definite connection with because when he recruited them he told them he’d be here for their two years.”

Still, Epperson couldn’t commit to returning, so Castle went about coaching the Cardinals.

“Eventually he came around and became my assistant coach,” Castle said.

Epperson has embraced the opportunity of not having to quit the program cold turkey. He enjoys his new role.

“I can walk in and do practice as the assistant coach and then drive home and not have to worry about anything else,” he said.

Castle has had to deal with the biggest changes.

“I’m getting here four hours early so I can sit down and do all the paperwork,” she said. “I knew Steve did a ton. Seriously, I knew that. But I didn’t realize just how much more.

“Recruiting alone is enough. I never realized how much time you have to spend. He (Epperson) would say I’m going to be on the phone for two hours today. Now I understand exactly why. And that’s not an exaggeration. Or how many kids have sent you game tape you need to watch.”

Both said chores done before by one are now done by the other.

Still, some things have fallen through the cracks. At one game, neither coach had brought out the whiteboard.

“Deb would always bring it out,” Epperson said. “Well, now it was my job.”

“I have no idea how I lost them or where they went,” he said.

The missteps have been a case of no harm, no foul.

“I mean, we are such good friends everything just bounces off us,” Castle said. “Those hangers, well, we don’t know where they are. It’s something we can laugh about.”

Though being the head coach is new for Castle, Epperson said she’ll learn as she goes. He said he will help as much as Castle wants or needs.

“But I don’t want to overstep my bounds,” he said. “I am really cautious and simply want to help.”

Castle said Epperson has been great in his new role.

“I can tell he just kind of hangs back a little and waits, waits for me to ask the question or ask for help,” she said. “And that was kind of the deal with us staying together.”

Some duties remain the same. Castle is in charge of the team’s defensive tactics and Epperson runs the offense.

The two sit in the same spots during games and still bounce ideas off each other.

“Not much has changed during games,” Castle said. “I would lean toward him and ask ‘Maybe you want to do this?’ Now he gets to say that to me.”

Epperson said it’s now up to Castle to make the decisions and he’s fine with whatever she decides.

“This hasn’t been tough at all,” he said of taking a step back. “It’s much more enjoyable being able to go out there and coach. I show up, coach and go home. I go to bed and fall right to sleep. I sleep like a baby. I can tell you that hasn’t always been the case.”

So, will the dynamic duo return to the court next season?

Epperson is game, but said it’s up to Castle.

“We are having fun,” she said. “I wouldn’t do this without Steve. I wouldn’t. If he would have just left, I would have left too.”