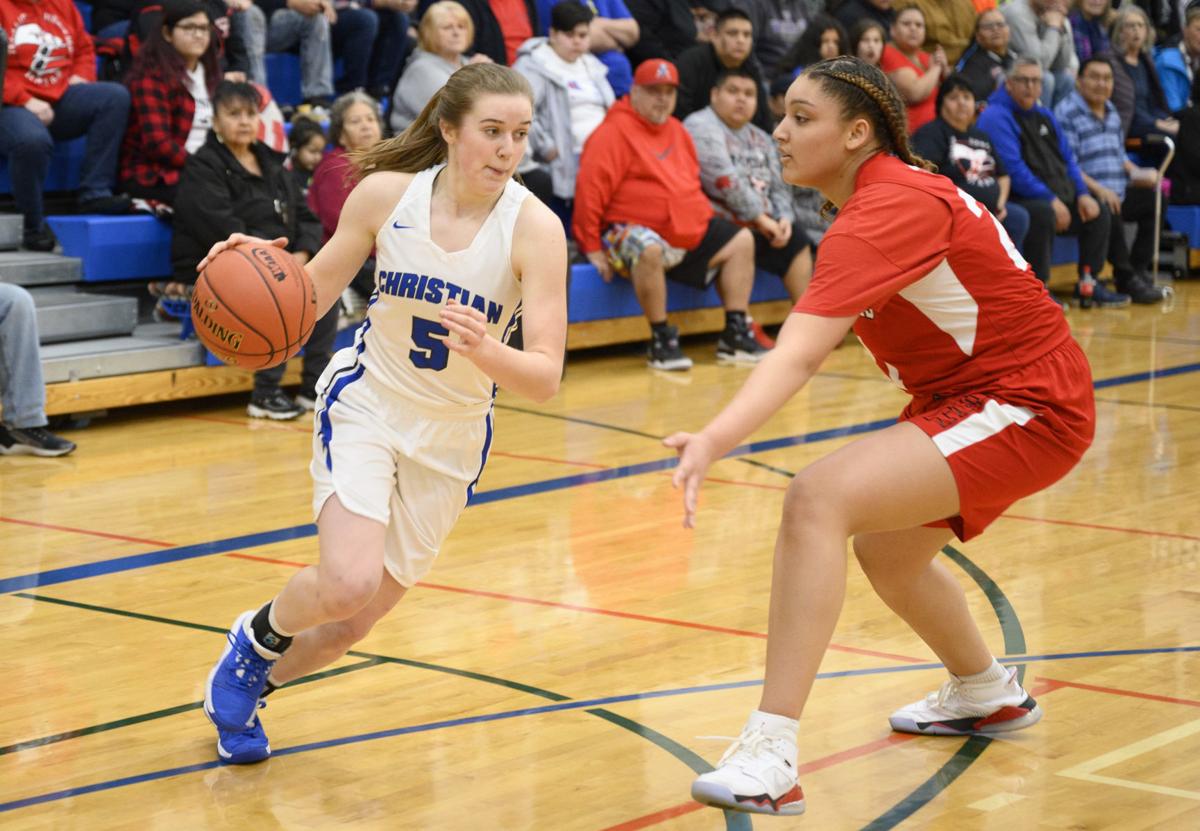 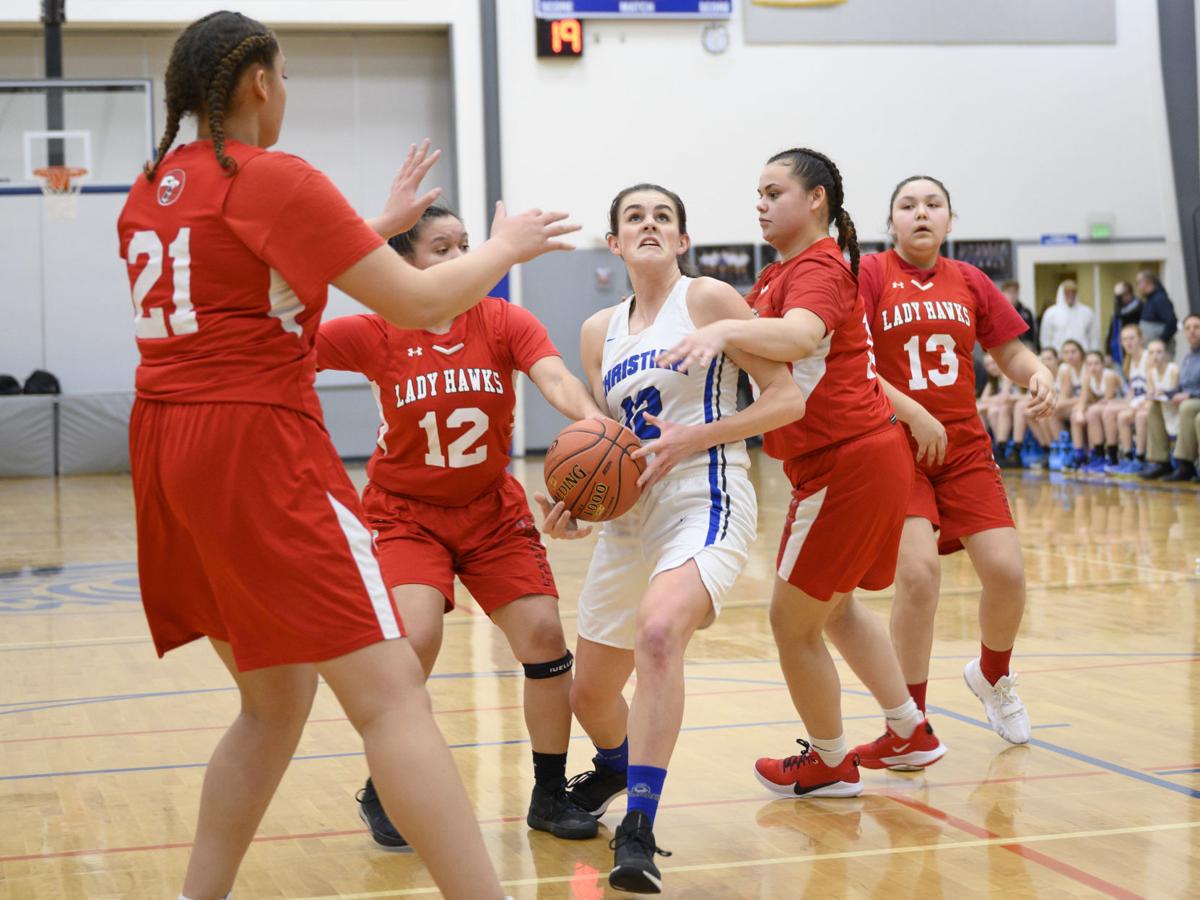 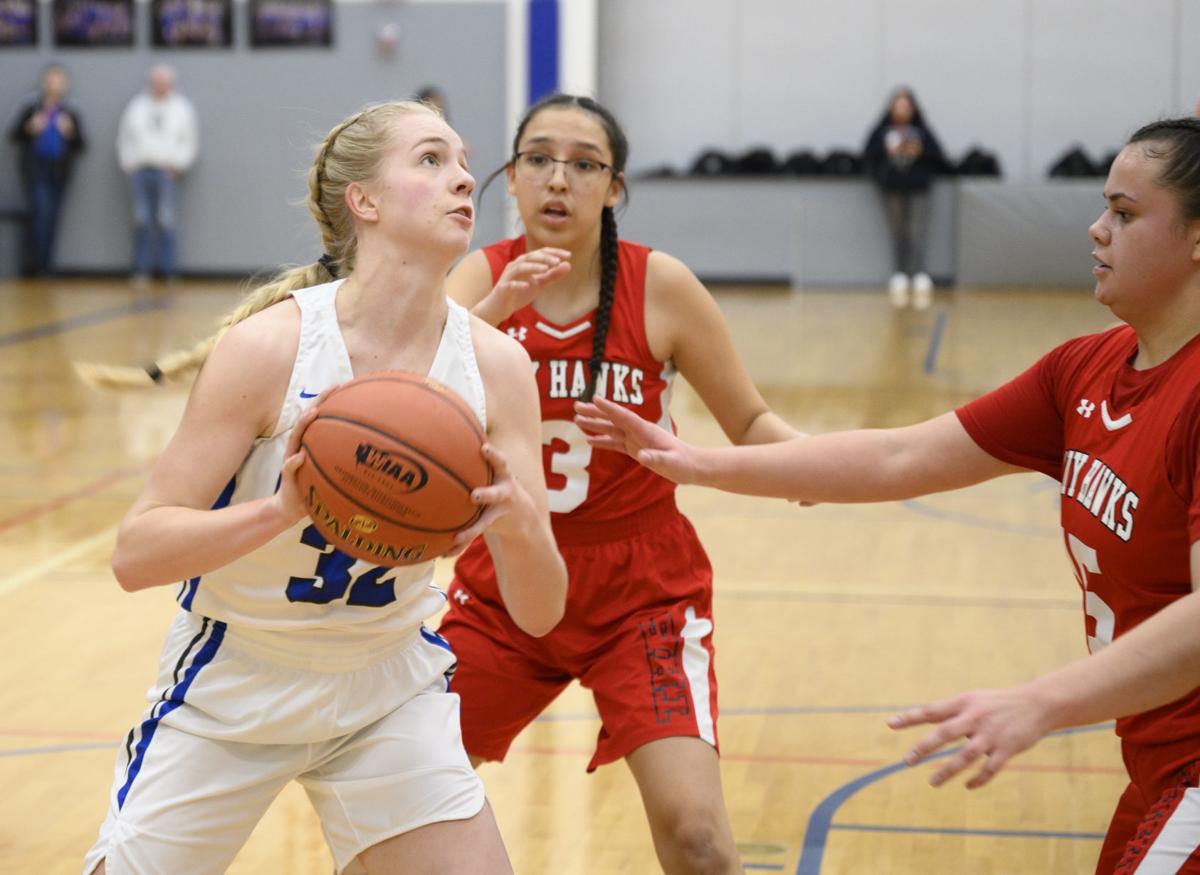 Coach Jeff Droog threw new offenses and defenses at his players and they responded with a 53-29 win over Tulalip Heritage in the Northwest 1B District Tournament title game.

It is the third consecutive district title for the Hurricanes (18-4).

With Tulalip Heritage using a box-and-one defense to slow Josie Droog, the Hurricanes adjusted by tweaking their offense.

Faber was the beneficiary, scoring 16 of her 18 points in the first half as the Hurricanes built a 17-point lead.

“She also found the open kids when they came out on her,” Jeff Droog said.

Mount Vernon Christian has a bye for the first round of the Tri-District 1B Tournament. It opens play Feb. 18 at home.

She went 12-of-17 from the field and 5-of-5 from the free-throw line to reach 1,498 career points — one more than previous record-holder Alethia Edwards.

“It’s a great accomplishment for a great kid, who has a bunch of great teammates,” La Conner coach Scott Novak said.

Juna Swanson had 17 points and 10 assists, Sarah Cook scored 13 points and Ellie Marble scored 10 as the Braves finished regular-season play 18-2 and owners of the league title — the program’s eighth in a row. The Braves host their first postseason game Monday.

“It was a fun night. We had the Huskies’ pep band. We had a packed gym. The girls came out and played well the entire game,” Novak said.

MOUNT VERNON — Bulldogs coach Bill Nutting said he liked what he saw defensively from his team, especially its effort on the most dangerous scorer in the Western 4A Conference.

She scored 27 against the Bulldogs in the teams’ first matchup this season, averages about 25 points a game and had a 47-point game earlier this season.

“To hold their team around 32 is a great example of how committed our girls have been to playing defense and playing at a high level,” Nutting said.

The Bulldogs (8-11) will play on the road Friday in the first round of the postseason.

CONCRETE — Sierra Rensink had eight points and 10 rebounds and the Lions bid farewell to two seniors in the final game of the season for Concrete.

“In the second half we did better on the offensive end but slowed down on the defensive end. We weren’t getting to our spots, blocking out and closing out like we had been,” he said.

Rensink said he was pleased with how hard the Lions battled in an injury-filled season.

“I’ve been proud of them all season,” he said.

MOUNT VERNON — Chris Wyatt had 12 points and 14 rebounds but the Hurricanes lost the third-place game in the Northwest 1B District Tournament.

“We played smart at times and turned the ball over at a high rate at others,” Hurricanes coach Pat Russell said.

Mount Vernon Christian (11-12) will play a road game Saturday in the Tri-District 1B Tournament.

“It was our best game of the year. ... A lesser team would have quit and not played as hard,” Braves coach Todd Hinderman said.

CONCRETE — Levi Lowry finished the season with a double-double: 12 points and 14 rebounds.

“Senior night is always tough,” Concrete coach Levi Stewart said. “We’ll miss our seniors dearly. I was proud of how hard they played this year, especially with the number of young players we had. The way (the seniors) embraced the younger players was cool.”

Stewart said he was proud of the effort turned in by his Lions (2-17).

“We played hard. It kind of masked our inexperience at times. Hopefully we can build this offseason and keep moving forward,” he said.