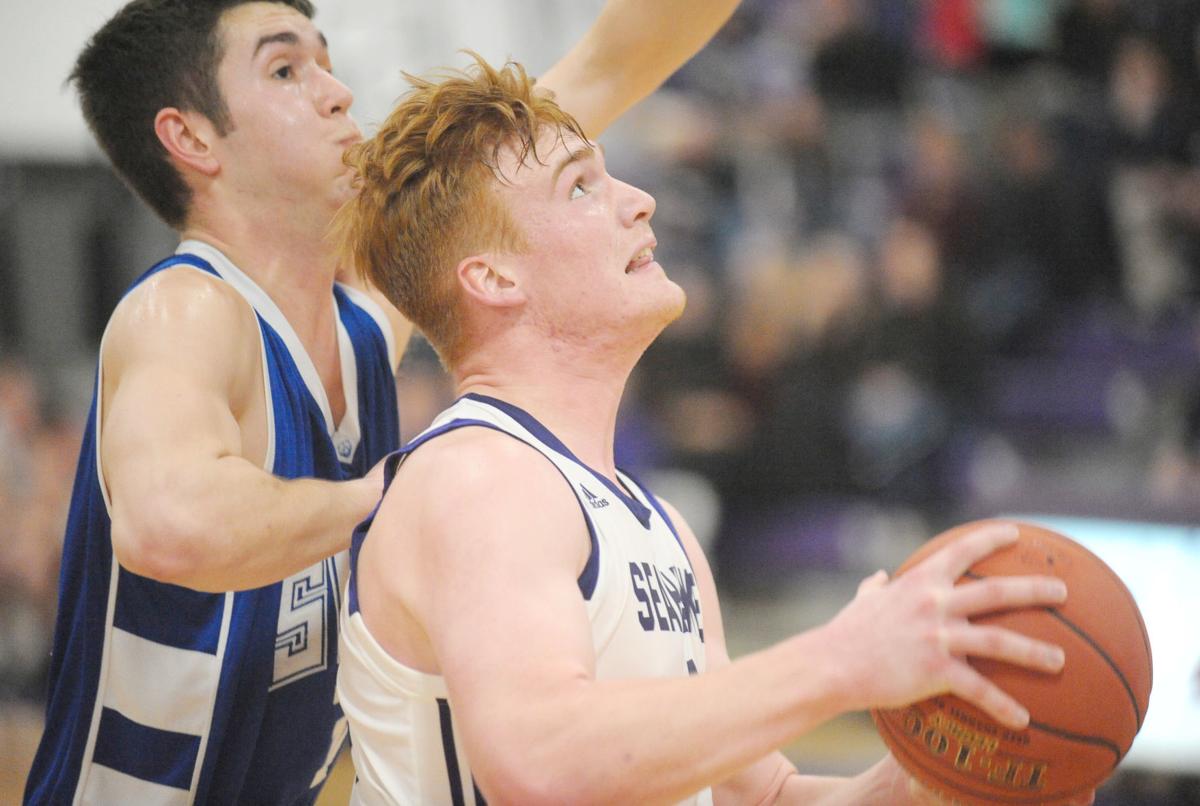 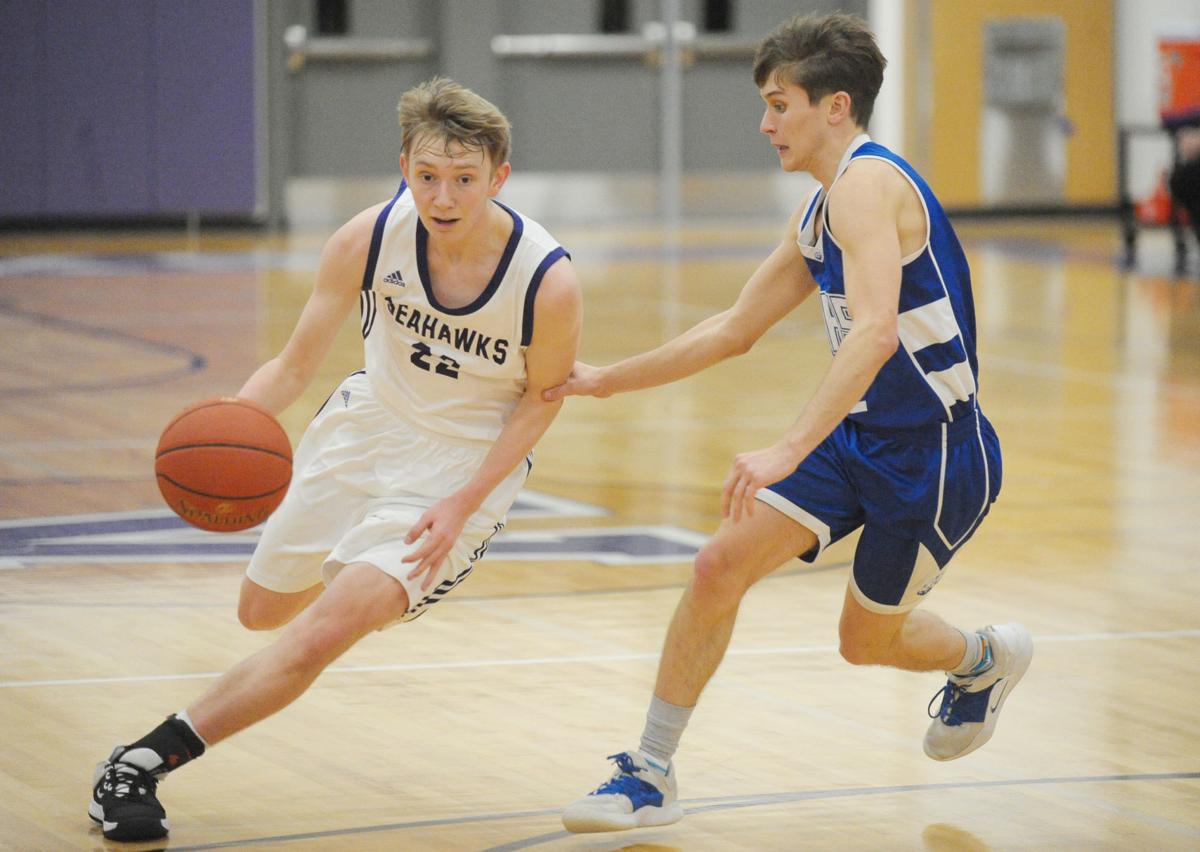 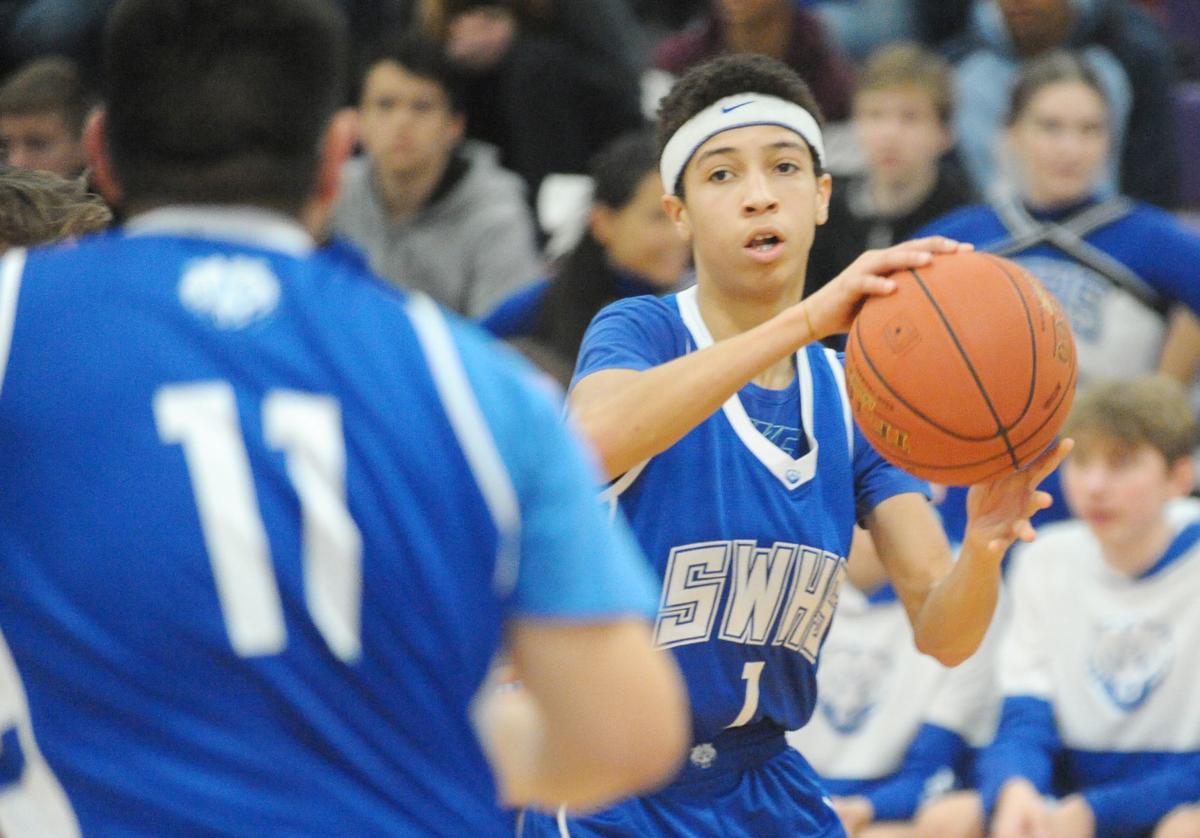 Sedro-Woolley’s Peyton Burrell looks to pass Thursday in a Bi-District 2A Tournament game against Anacortes. 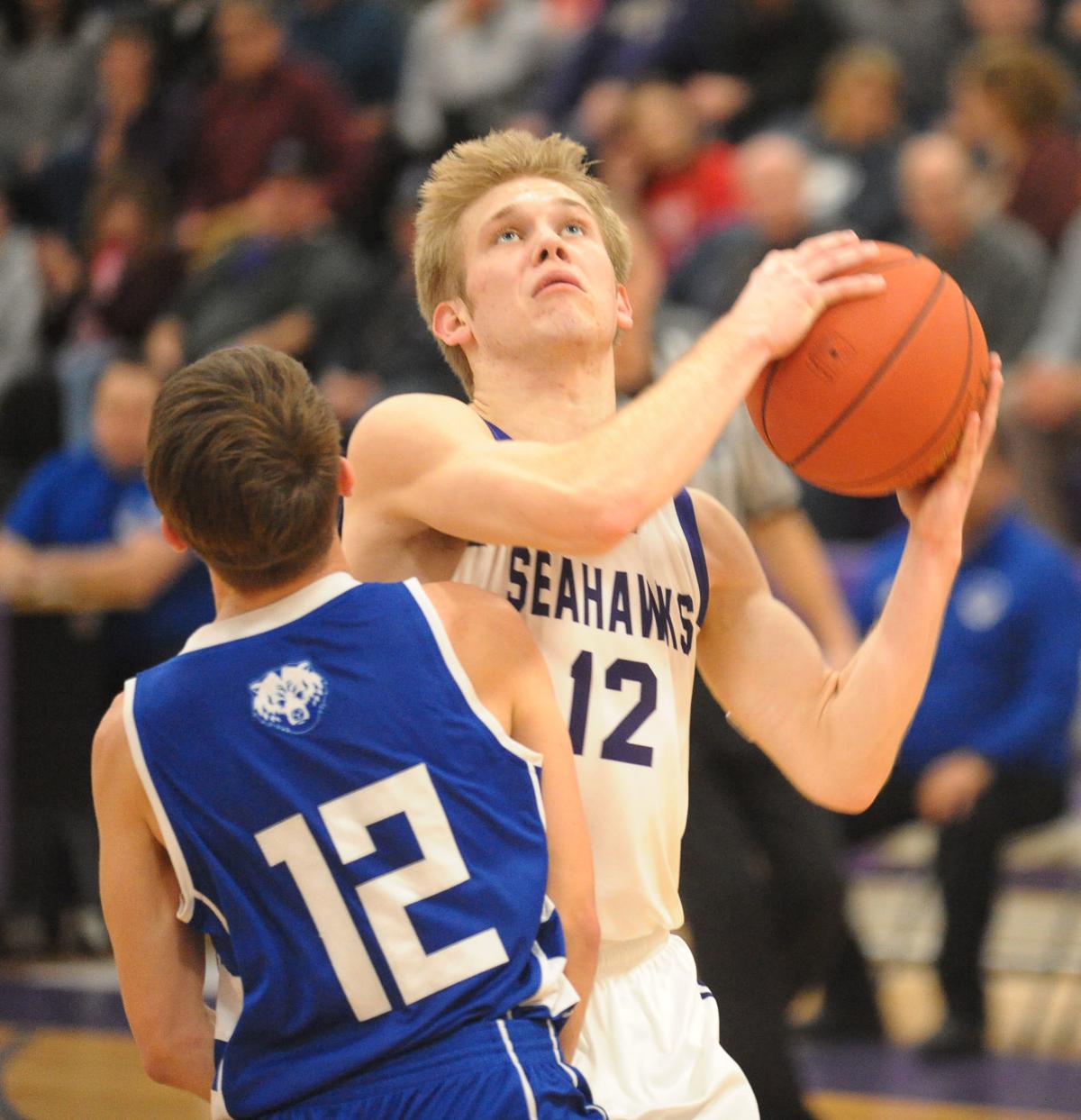 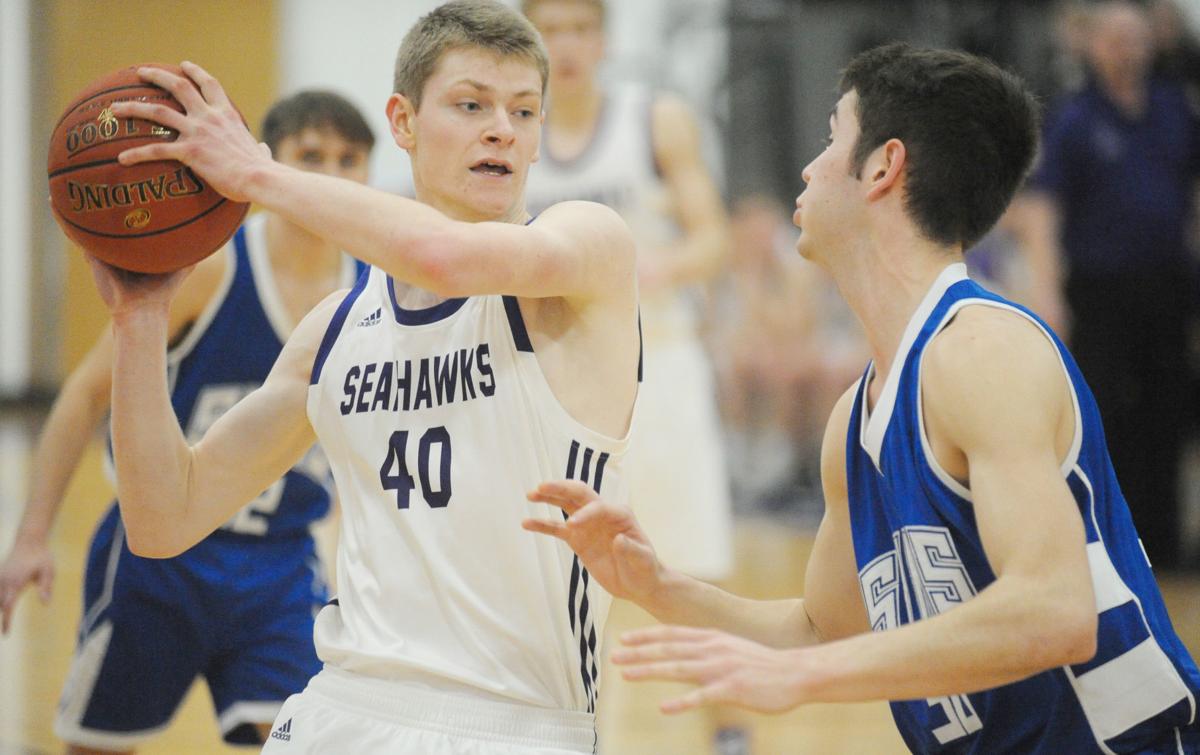 Anacortes’ Grayson Eaton keeps the ball out of the grasp Thursday of Sedro-Woolley’s Isaiah Guerero.

Sedro-Woolley’s Peyton Burrell looks to pass Thursday in a Bi-District 2A Tournament game against Anacortes.

Anacortes’ Grayson Eaton keeps the ball out of the grasp Thursday of Sedro-Woolley’s Isaiah Guerero.

ANACORTES — A scorching start helped the Anacortes boys’ basketball team move on in the bi-district playoffs Thursday after a clash with a county opponent.

Chase Cornett scored a season-high 23 points, Grayson Eaton added 13 points and the Seahawks beat Sedro-Woolley 66-55 in a loser-out game in the Bi-District 2A Tournament.

The win sends the Seahawks to matchup at 7 p.m. Saturday with Mountlake Terrace on the road.

Anacortes jumped out to a lead in the first quarter. The Seahawks led 34-10 at the end of that frame.

“Their focus and intensity in the first quarter was amazing,” Seahawks coach Brett Senff said of his players. “We had our biggest quarter of the year. ... I think we shot about 80%, and defensively we were in tune.”

Cornett led the way, surpassing the 21 points he scored a few games ago.

“In the last five or six games, he’s been active around the rim. He’s been solid and his effort has been 100% at all times. He’s relishing the moment,” Senff said.

Senff said the Cubs made it a competitive game.

“They did a good job battling back,” he said.

KENMORE — Isaiah Brown scored 14 points and Ethan Chapin scored 10 points, but the Bulldogs, who were playing their third game in as many nights after a tiebreaker with Monroe the night before, saw their season come to an end with the loss in the Bi-District 4A Tournament.

SNOHOMISH — Mount Vernon’s Luke Pusateri was the fastest swimmer in the preliminary race of the 200-yard individual medley, finishing the event in a state-qualifying time of 1 minute, 53.23 seconds.

He was second-fastest in the 100 breaststroke with another state-qualifying time (56.71). Bulldogs freshman Wyatt Carlton landed in the top three of the 100 butterfly, notching the third-fastest time in that event with a state-qualifying 53.09.