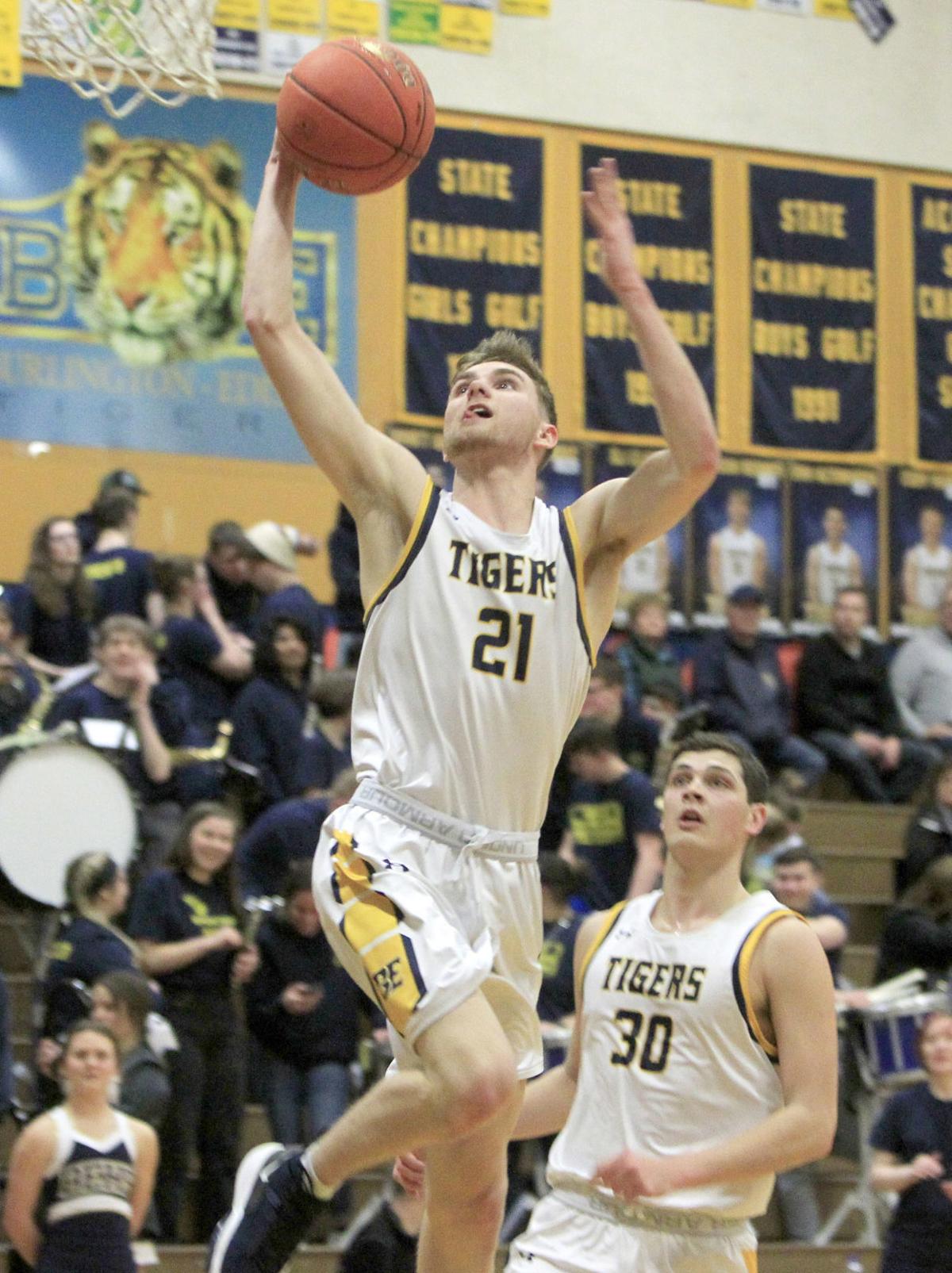 Burlington-Edison’s D.J. Clark breaks away for a layup Monday night against Nooksack Valley. 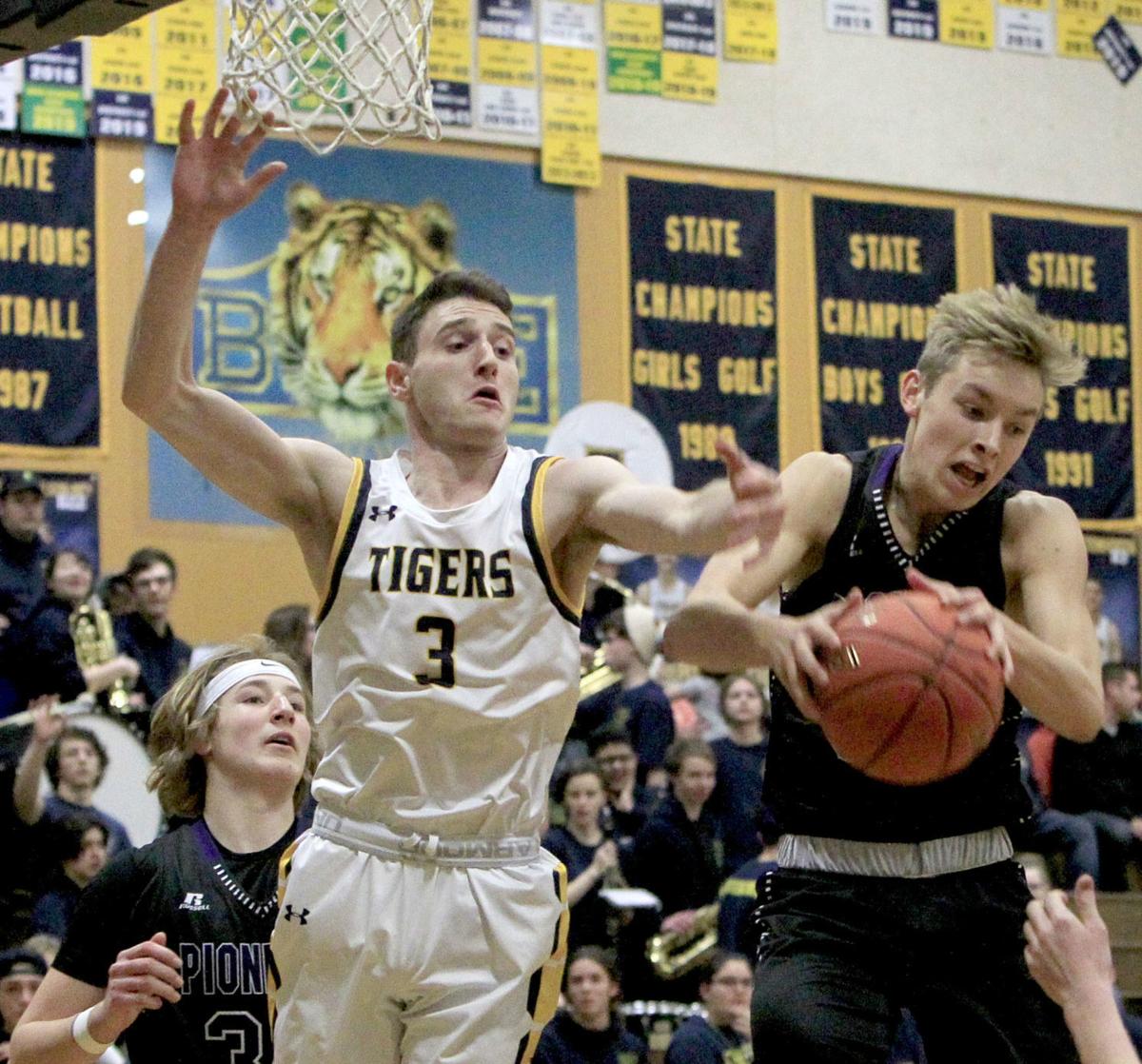 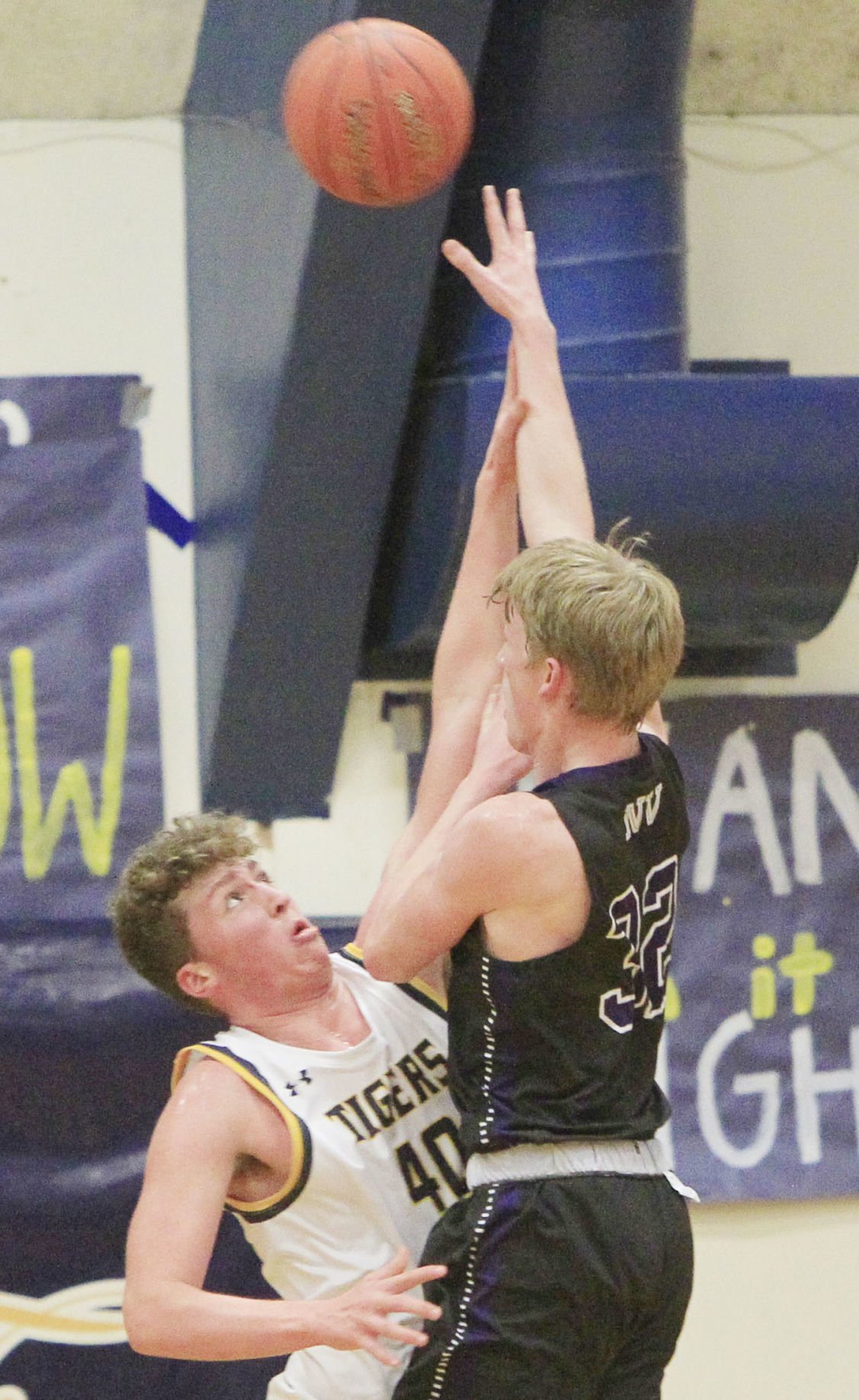 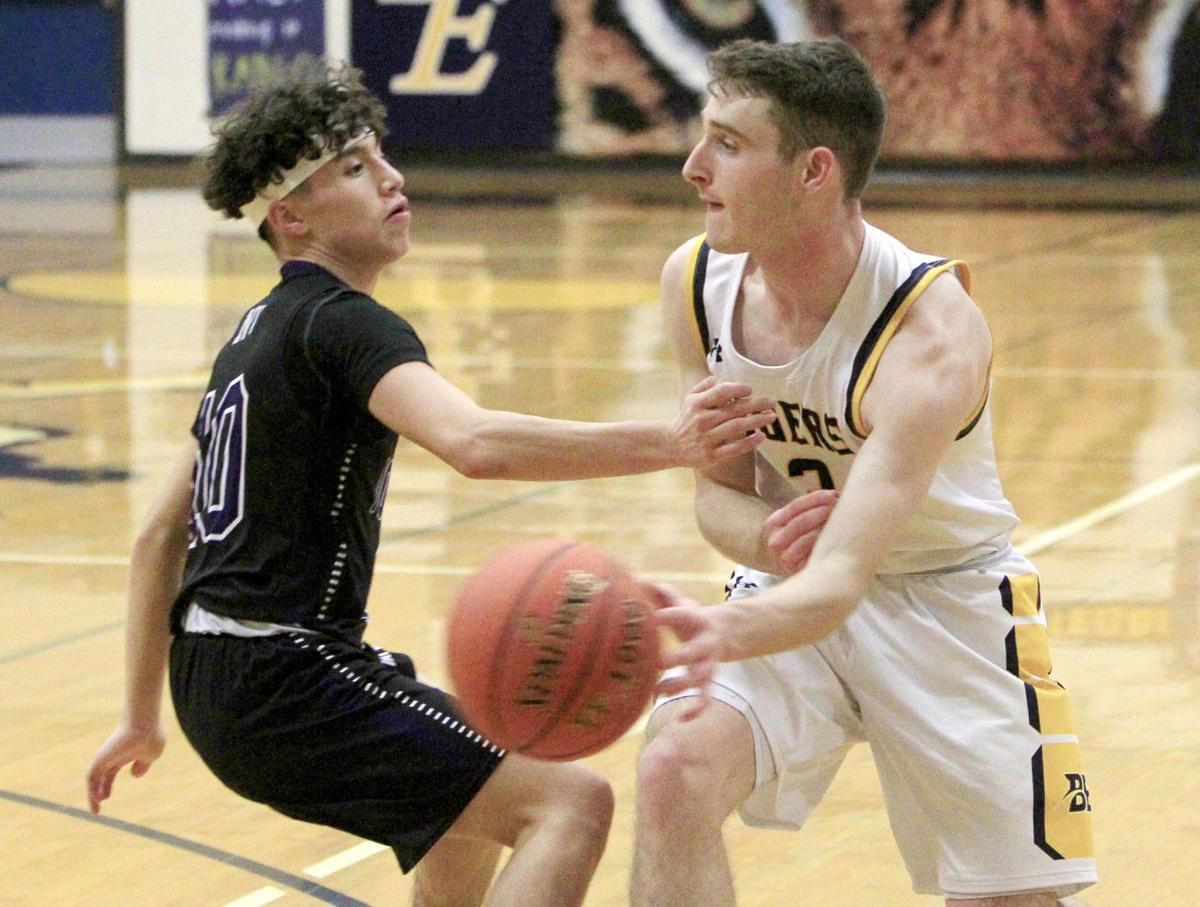 Burlington-Edison’s D.J. Clark breaks away for a layup Monday night against Nooksack Valley.

The Tigers (11-0 conference, 17-1 overall) did what they were supposed to against the Pioneers, cruising to the 85-50 victory to remain undefeated in conference play.

"Offensively, we moved the ball well," Burlington-Edison coach Chas Kok said. "We had a lot of guys score and we had 20 assists in the game. When you move the ball like that, good things happen."

The Tigers played lockdown defense, particularly in the first half.

"We played very well defensively, only allowing 13 points in the first half," Kok said.

The home team entered the locker room with a comfortable 40-13 lead.

Jackson Reisner led the Tigers with 17 points, while Erik Altenhofen and Logan Wright both finished with 10 points.

"It was senior night and Cody Hurd got the start for us," Kok said. "He scored the first five points and gave us a big lift. It was a great way to start."

DEMING — The Seahawks came away with the Northwest Conference win, but it wasn't necessarily as easy as the final score may make it appear.

"We had our moments," Anacortes coach Brett Senff said. "We were able to finally pull away in the fourth quarter thanks to some timely 3s by Cameron Berow and Braden Thomas."

"His (Cornett's) effort was high," Senff said. "He got his hands on a lot of balls and played really good tonight, scoring 21 points."

Not far behind Cornett was Grayson Eaton, who finished with 18 points for Anacortes (5-6 conference, 9-9 overall).

ANACORTES — The Mountaineers muscled past the Seahawks in the Northwest Conference game.

"I felt like Mount Baker came out and played more physical than us," Anacortes coach Nate Dunham said. "They got to a lot of offensive rebounds."

The Seahawks fought back and trailed by one — 22-21 — at the break, but the Mountaineers really flexed in the third quarter.

"They outscored us 13-6 in the third quarter," Dunham said. "Hopefully, we learn from this and move on."

B-E vs. Lynden tickets on sale

Tickets are on sale for a Saturday boys' basketball game between the top two Class 2A teams in the state.

The matchup between the top two teams in the Class 2A state RPI rankings — Lynden is No. 1 and Burlington-Edison is No. 2 — is a makeup of a Jan. 16 game that was postponed by snowy weather.

Tickets are on sale from 7:30 a.m. to 3:15 p.m. in the Burlington-Edison athletics office, and are also being sold at Lynden High School.

Those who have free access to the game — students with ASB cards and those with regular season passes — will need to pick up a ticket at no cost to gain entry into the game.