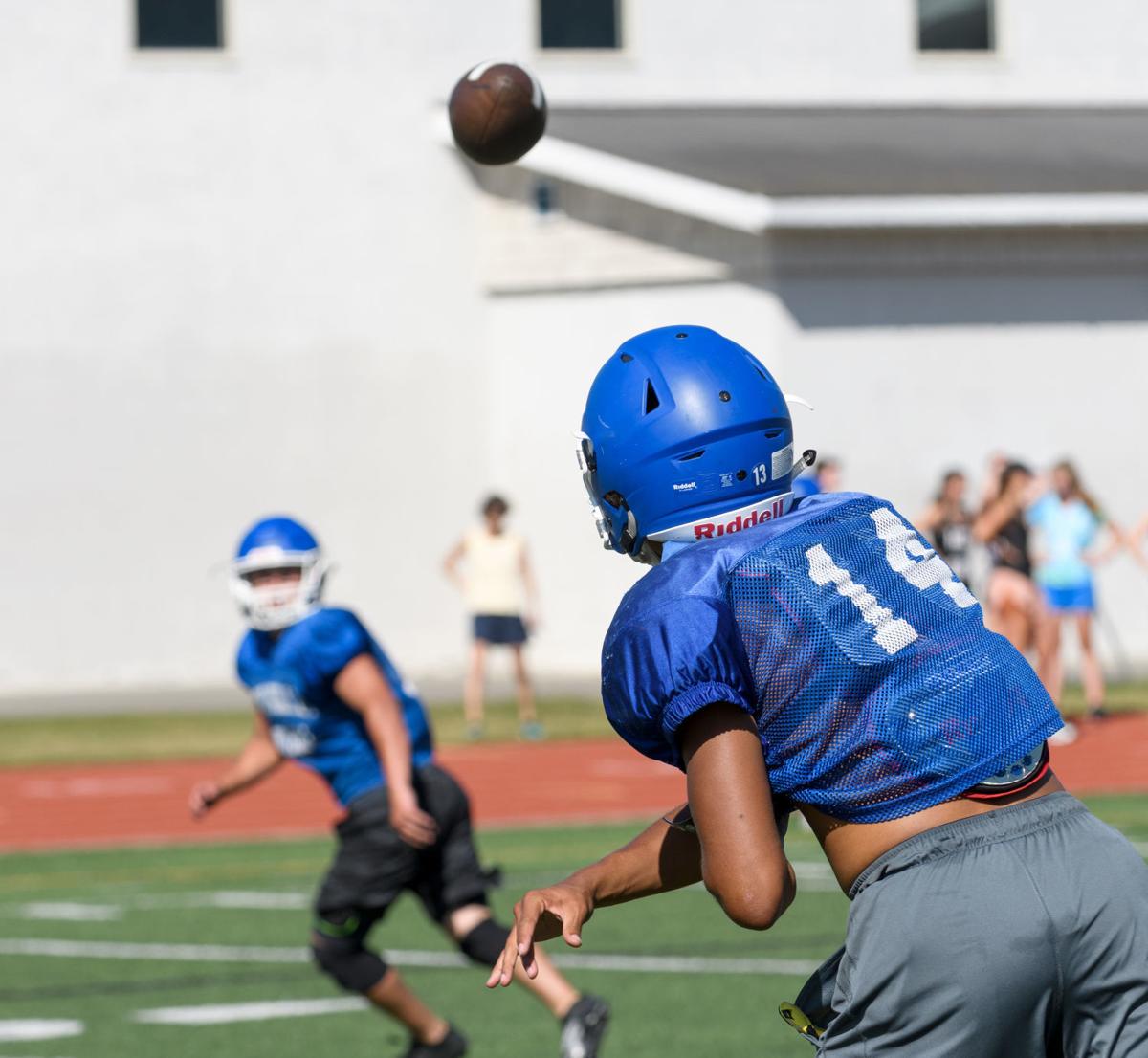 Brent VanderVeen throws a pass to a receiver during practice last week. 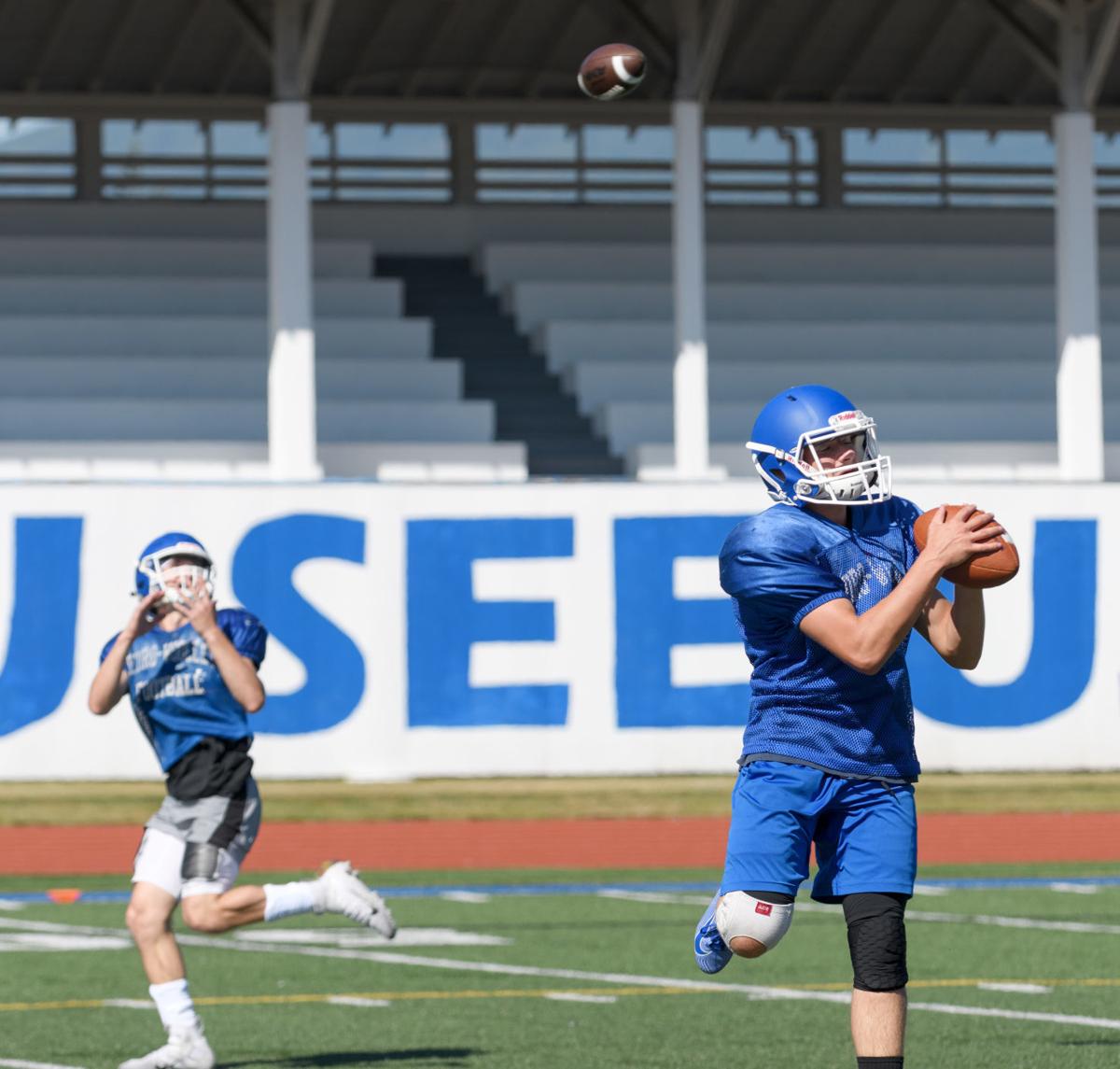 Sedro-Woolley receivers run patterns during practice at the high school. 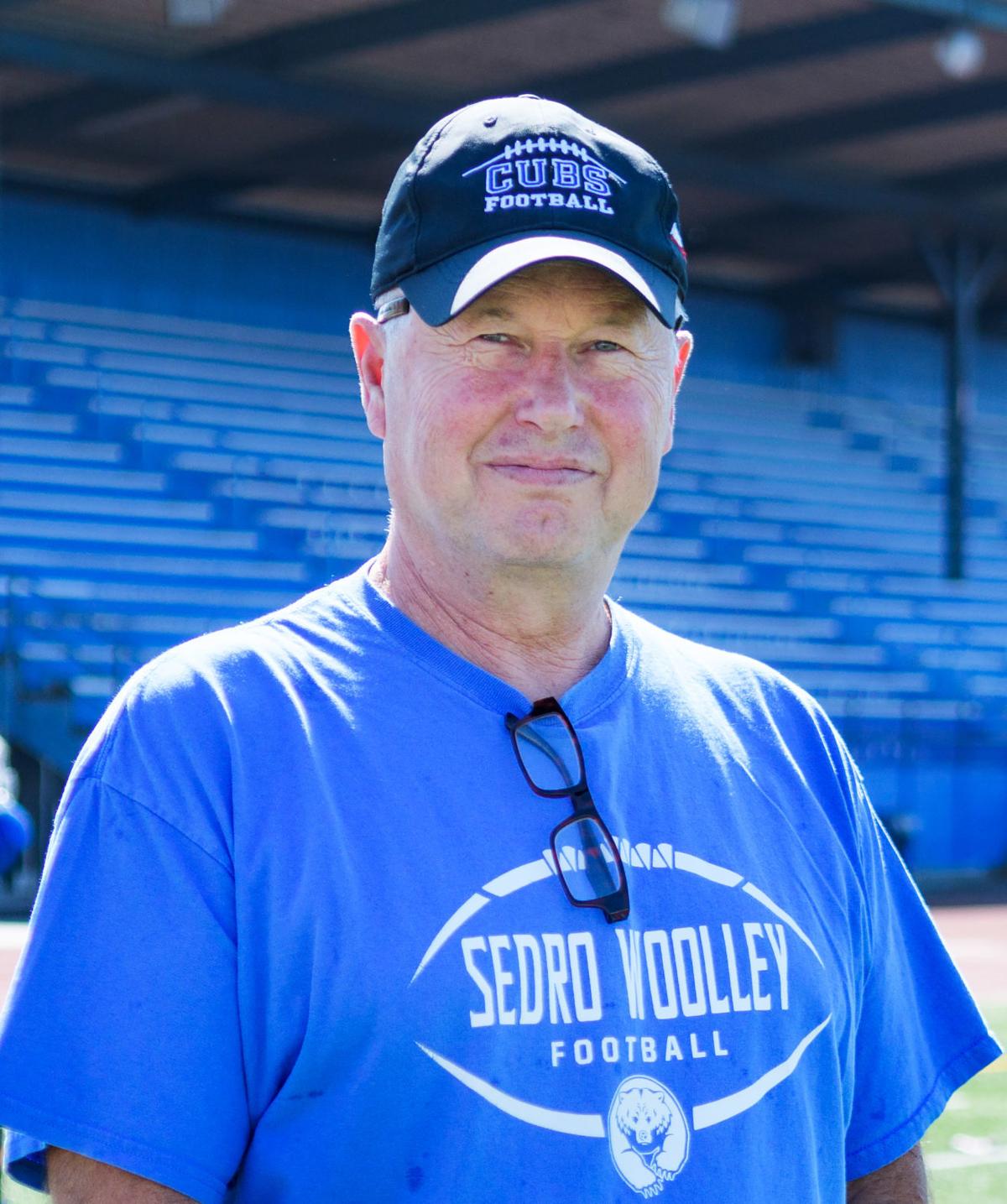 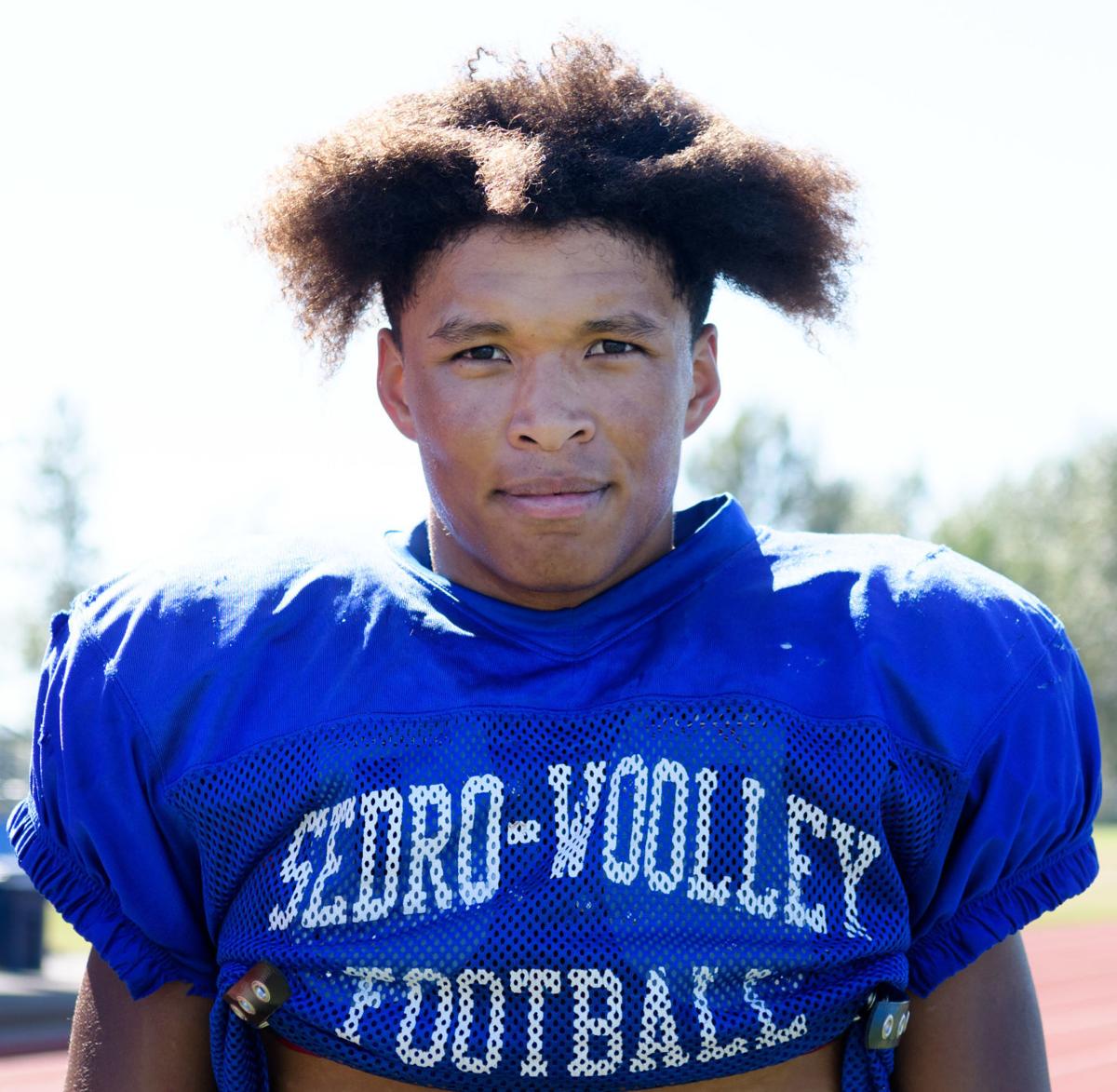 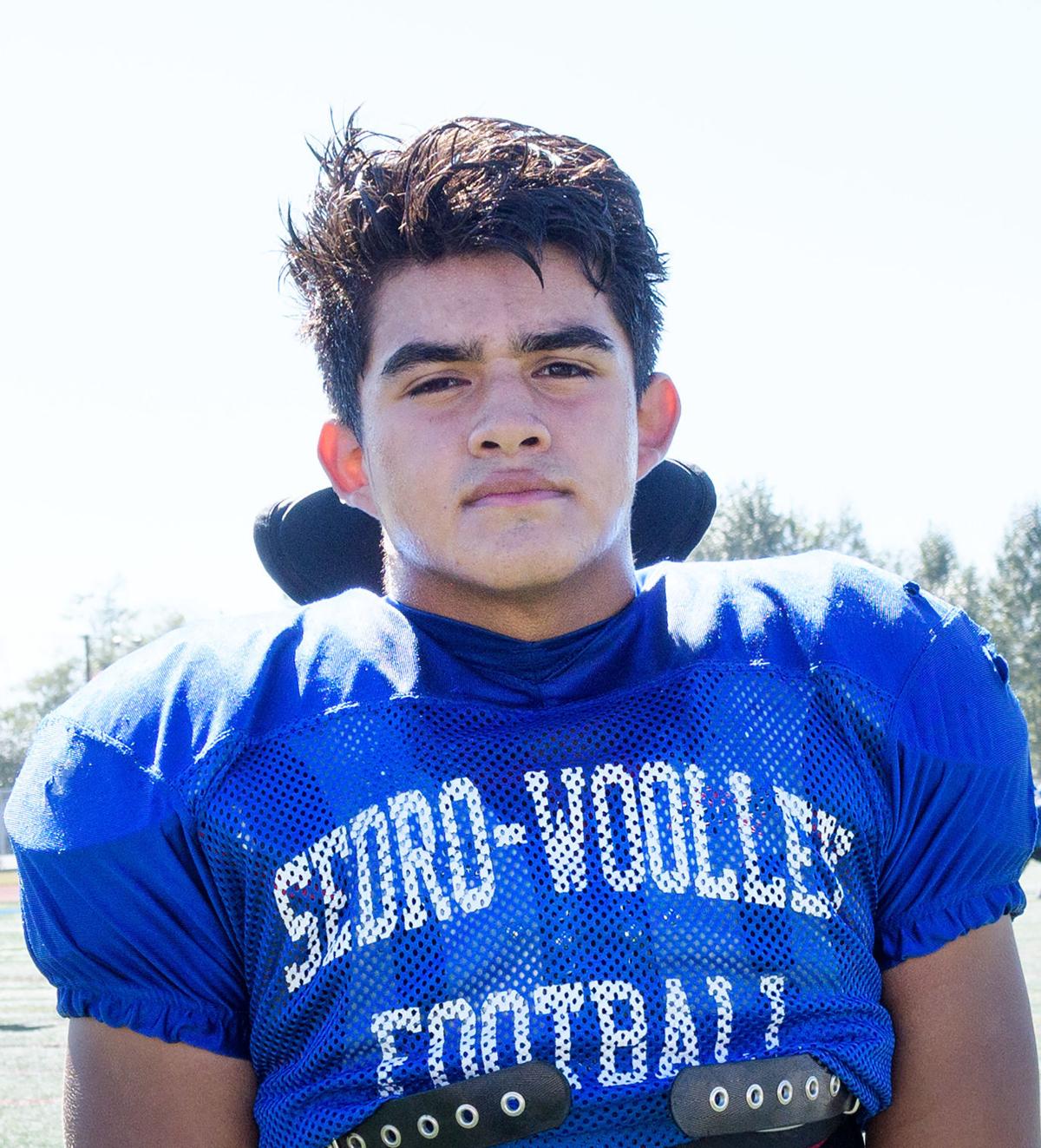 Brent VanderVeen throws a pass to a receiver during practice last week.

Sedro-Woolley receivers run patterns during practice at the high school.

SEDRO-WOOLLEY — Sedro-Woolley football coach Dave Ward hopes a good offseason of preparation will result in a trip to the postseason.

“It’s a good group,” Ward said of his team. “They are extremely coachable and are really excited about this season.”

Like many programs, Sedro-Woolley’s numbers are down. That said, those suiting up are all in.

“We have a good mix of athleticism and intelligence,” Ward said. “They are quick learners and have a good work ethic. We are young, but I feel they are a group that will improve week to week.”

The Cubs have a solid group of returners starting with senior Brent VanderVeen, who is 6-foot-2 and 195 pounds. That’s about an inch taller and 10 pounds heavier than a year ago.

“For us to be successful, we have to stay healthy as a team,” VanderVeen said. “Then it comes down to the basics. We have to play smart and play crisp football the entire game.”

VanderVeen will play wide receiver, quarterback and free safety for the Cubs.

Fellow senior Ian Valdovinos (6-1, 230) will play on both sides of the ball as well — at linebacker and offensive tackle. Although he doesn’t mince words when it comes to what he likes to play most.

“Defense,” he said with a big smile. “One hundred percent defense. I’m a defensive guy.”

“Jared was starting at defensive tackle for us last year,” Ward said.

Rios will play on the defensive front for the Cubs, while Burrell will split out at wide receiver on offense and will be at cornerback on defense.

Senior Camden Dowhaniuk (6-1, 175) is injured, but Ward believes he will return to play receiver as well as defensive back.

At quarterback, junior Kaden Plymale (5-11, 180) will be running the offense.

“He throws a very catchable ball,” Ward said. “He’s shown some real nice touch. He can also take off and run when he’s pressured.”

With a small contingent of juniors, Ward expects his sophomores to mature quickly. In fact, he’s counting on several to make plays.

“That’s a pretty quick group,” Ward said. “They can find the holes and when they do, they run very well.”

Offensively, the Cubs will look for a balanced attack.

The Northwest Conference Sky Division will be brutal as usual this season.